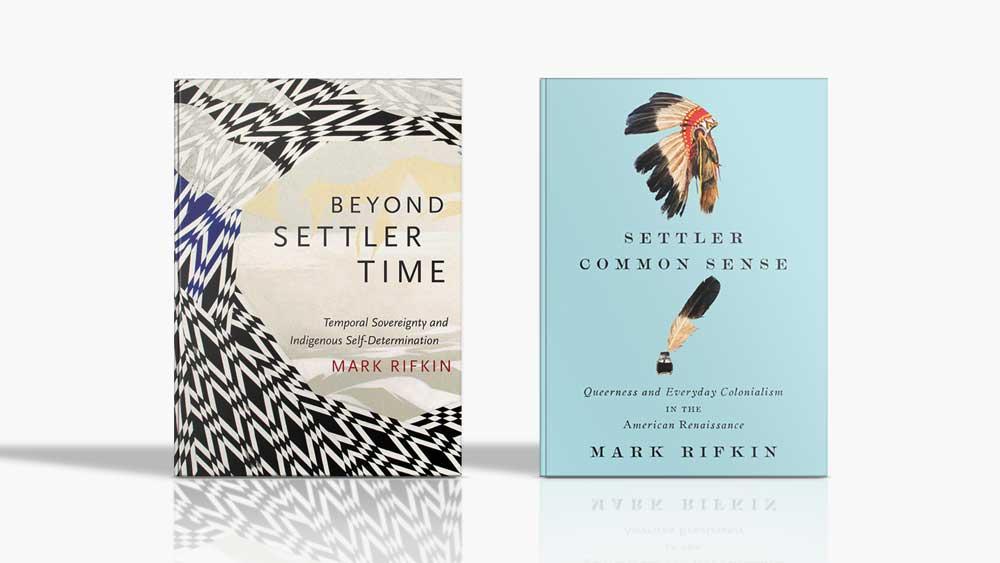 Blackness, Indigeneity, Speculation, or Diplomacy in the Undercommons

How do we understand relations between Black and Indigenous political formations and movements? What impasses arise in thinking about them together? This paper suggests how speculation offers conceptual and ethical resources for engaging these questions.

Professor Mark Rifkin is Director of Women's and Gender Studies and Professor of English at UNC Greensboro. He is the author of six books, including Fictions of Land and Flesh: Blackness, Indigeneity, Speculation; Beyond Settler Time: Temporal Sovereignty and Indigenous Self-Determination; and When Did Indians Become Straight?: Kinship, the History of Sexuality, and Native Sovereignty (winner of the John Hope Franklin prize for Best Book in American Studies and the Best Subsequent Book award in Native American and Indigenous Studies). He co-edited an award-winning double-issue of GLQ called "Sexuality, Nationality, Indigeneity," and he has served as president of the Native American and Indigenous Studies Association.