Talking about my (energy) generation

Never before has energy been so accessible or in demand.

All around Australia, households are choosing to install home battery systems to go with the solar panels on their roofs.

Much like rainwater tanks, which were once a fixture of Australian homes, batteries allow households seeking independence to capture and store their own solar energy, just like others manage their water supply.

Put together, our cities and towns could be transformed by citizens who are taking the lead towards renewable energy and sustainable water use - and who could choose to go off-grid entirely. The technology is here. The time is now. So what kind of future will it deliver?

On the South Coast of New South Wales, households in Eurobodalla Shire are embracing self-sufficient lifestyles with custom-built water tank systems for their homes.

Human geographer Carrie Wilkinson, who grew up in the area, has surveyed hundreds of residents to understand their motivations for living on tank water and learn from their experiences. Common to all, she says, is an ongoing and active engagement with their water and their environment. 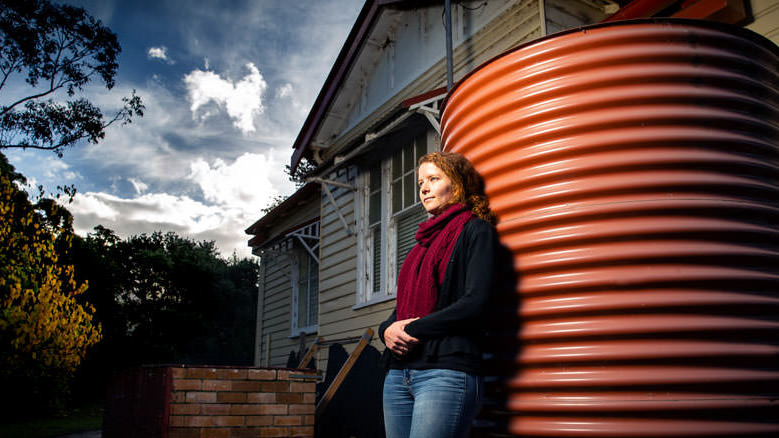 Carrie Wilkinson says small water systems have a lot to offer by encouraging wiser water use.

"Water tanks force you - whether you like it or not - to sit up and pay attention to what you're doing," Ms Wilkinson says. Residents become attuned to the amount of water in their tanks but never concerned about hoarding water. "It was all about minimising the amount of water they were wasting."

That connection is lost when we rely on mains water, Ms Wilkinson says. Living in the city, most people wouldn't think twice about the water that comes from their tap.

"When we're living in a mains area, our understanding of the volume of water we use is reduced to a number that we get on a piece of paper from our billing agent every three months. It's convenient but it disconnects you from where you are and who you are as a consumer," Ms Wilkinson says.

There was a time when having a rainwater tank on the side of your house was the norm in many parts of Australia, even in the outskirts of cities. That was before tanks were pushed out in favour of mains water for economic reasons (the infrastructure had been built) and myriad enduring public health concerns.

Then the Millennium Drought hit.

"All of a sudden, water tanks were back in vogue," Ms Wilkinson explains. "While the government was looking at bigger solutions to the drought, like building desalination plants and drilling for ground water, there was a push for water tanks. The government was throwing money at people: rebates to put in more tanks."

Government rebates have since been wound back but Ms Wilkinson argues that small water systems have a lot to offer by encouraging wiser water use.

"Their argument is that [the installation of tanks] has reached saturation point - that tanks have had their day. But I think this is a missed opportunity. Let's look at where we are today. The state [of NSW] is 100 per cent in drought. There are so many new houses being built. Our cities are sprawling.

"Yes, we have the BASIX, [legislation] which supposedly says that all new houses should put in water tanks, but a tiny garden tank on the side of your house will tick that box. There's no incentive to take it further and look at a more integrated, robust system. There's so much potential to do more."

Not every urban house will be suitable, there is no standard template to follow, but more can be done if tanks are designed together with the house when it is built. Stronger than legislation are purposeful citizens who install a system to suit their needs.

"We need to encourage people to install these technologies of their own volition. Water tanks, which at times have been considered archaic and outdated, are now a perspective for radical change." 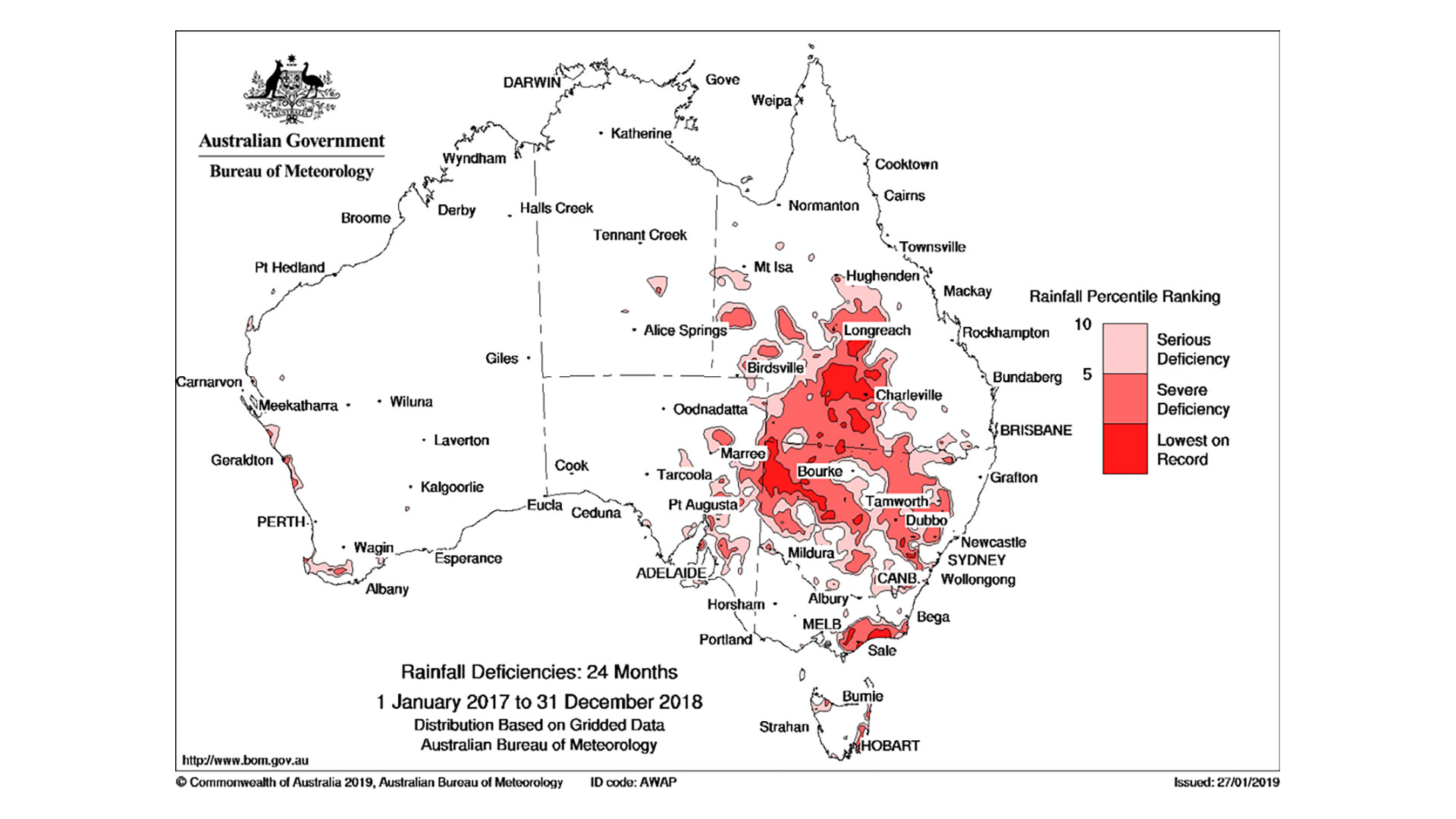 The first Australian home to rely entirely on solar energy for its electricity needs was built in 1978 outside of Melbourne. A few years later, the tiny town of White Cliffs in far-west New South Wales became the first solar-powered town in the country.

Now, with battery storage installed alongside rooftop solar panels, households far and wide are seizing the opportunity to generate, store and use their own power. Battery technology is advancing and the cost of lithium-ion home battery systems, while still expensive, is falling.

Moreover, solar power is now worth more to households when stored in a battery for their own use than if they were to sell it back to the grid since feed-in tariffs for solar power have been cut.

"There has never been a time like now for consumers to take an active interest in how their energy is generated and how they can become a part of the process," says Associate Research Fellow Dr Jon Knott who, along with colleagues at the Australian Institute for Innovative Materials, is developing alternative battery technologies to meet future demands for energy storage. 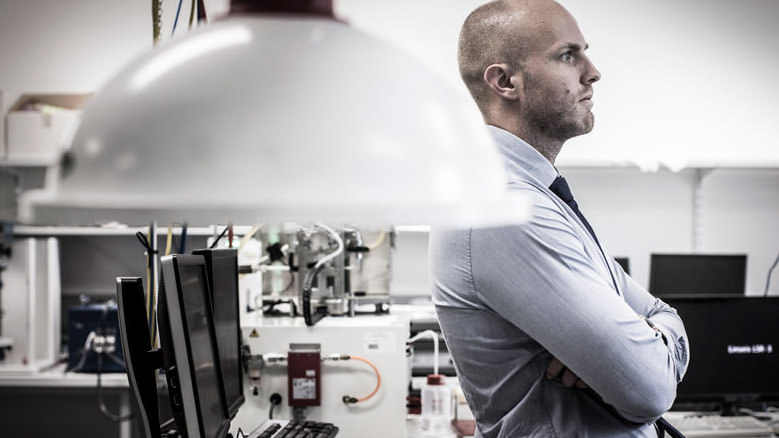 Installations going through the roof

In 2017, the number of residential battery systems installed in Australia tripled from the previous year and is expected to double again in 2018. This follows the explosion of grid-connected solar systems in Australia over the past decade.

Dr Knott says households are installing battery systems not just to save on the cost of electricity - it can still take 10 years to get payback on new lithium-ion batteries - but because they want to generate their own power and take part in the emerging renewable energy ecosystem.

Associate Professor Duane Robinson, Deputy Director of the Sustainable Buildings Research Centre at UOW, agrees: "People are driven to install these technologies even when they're not financially viable because they wanted to test the capabilities of the technologies."

The latest lithium-ion batteries for home energy storage are more energy-dense than the industrial lead-acid batteries before them and can better withstand repetitive discharging with less maintenance. Small individual battery units can be bundled together to increase capacity to meet energy needs during peak periods or provide a back-up supply during any power outages.

"You can start to have your own little ecosystem there where you're not necessarily relying on the grid," Dr Knott says. "And people are paying attention."

Most households that install solar panels and battery systems remain grid-connected rather than going off-grid entirely but the technology is here, allowing people to design a system to suit their needs and encouraging them to participate in renewable energy generation.

And with it, a consumer-led transformation of the electricity network is underway.

The electricity distribution network, which stretches almost 900,000 kilometres across Australia, was built for power to flow one-way from a generator, down through substations and out to the end user.

It was not designed to cope with power being fed back into the grid from solar arrays, which can overload the system during the day. Now it must adapt and batteries will have a key role to play.

"The grid is a complex network which is trying to manage all the inputs of generation, plus all the outputs of load," Professor Robinson explains. "There's never a time when those things are balanced. It's always managing the flow of energy in and energy out, and doing its best to keep that stable."

Professor Robinson, an electrical engineer who is part of the Australian Power Quality and Reliability Centre, works with industry partners to look at what impact small-scale power generation has on the electricity grid at large.

Batteries can stabilise energy inputs by storing surplus solar energy for later use. Better yet, if households remain connected to the grid, their batteries could be used to dispatch power back into the grid in a way that reacts to the demands of the surrounding network.

"Having all these individual energy components spread throughout the grid offers an opportunity to increase the stability [of the grid]," Professor Robinson says. "It opens up a lot of opportunities to the grid, especially if that individual allows the grid to manage some of the operations of those batteries."

Professor Robinson says utility companies are recognising the advantages of being able to draw from additional sources of power when existing generation is lacking and smooth out fluctuations across the grid using the energy stored in batteries.

The South Australian government is also rolling out a virtual power plant with the support of battery manufacturer Tesla. Starting with 1,000 homes and expanding to 50,000 across the state, the network of household solar and battery storage systems will be centrally controlled to dispatch energy when required.

It is here that the full value of residential battery storage could be realised. 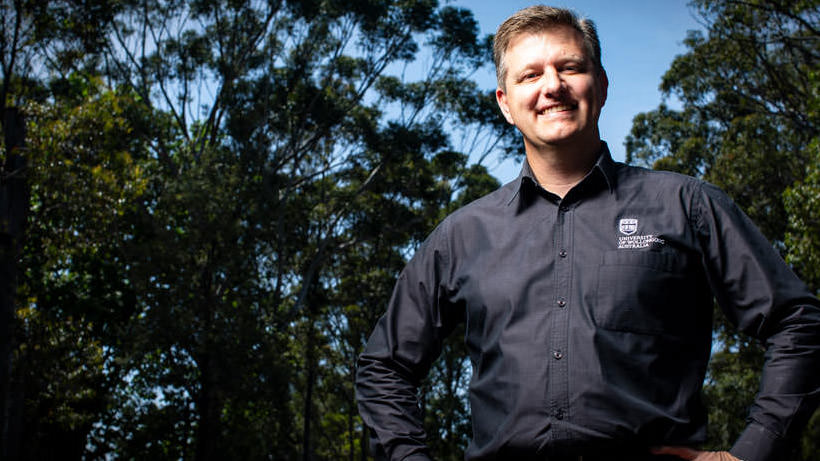 Building resilience for the future

Increasing battery storage can build resilience across the network and fulfil a larger vision of a sustainable future.

"The more energy storage we've got out there, the easier it is to balance the grid when our renewables are intermittent," Professor Robinson says. "All these devices can work together to improve the reliability of the grid."

The same applies when the demand for power spikes during heatwaves, which are predicted to become longer and more frequent with climate change in the future, or in the event of sudden power outages.

"With enough energy storage and enough localised [energy] generation out there, we can actually isolate [different] parts of the grid when things go wrong and keep that grid going," he explains. 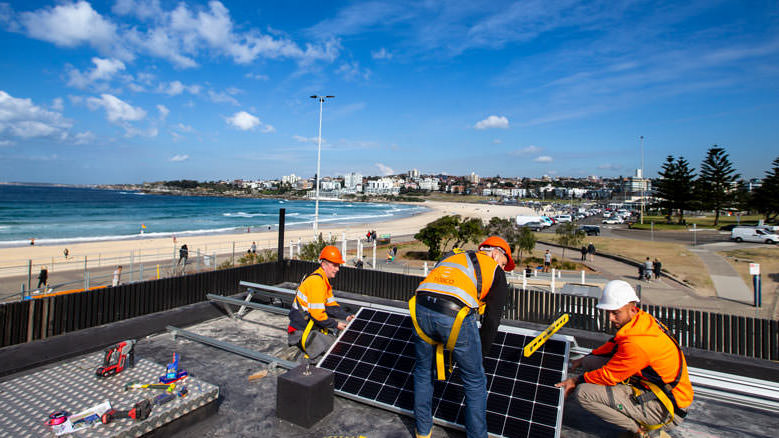 Sydney Water is investing in solar power harvesting and battery storage at its Bondi pumping station to increase its energy resilience.

In the case of South Australia, the event spurred their transition to an independent supply of renewable energies, which includes, most famously, the installation of the world's largest lithium-ion battery alongside an established windfarm. Communities at the edge of the grid are likewise moving to secure their power supply before disaster strikes.

So too Sydney Water, with their investment in sodium-ion batteries to power their Bondi pumping station, one of 780 plants moving wastewater through the city. "Resilience is more important than raw electricity costs," Dr Knott says of this industrial application to safeguard critical infrastructure.

There is much to gain from installing local solutions to secure our energy and water supplies, not least empowering consumers. For households living on tank water, there was no looking back, Ms Wilkinson says. "When I asked them, 'If you had the opportunity to [re]connect to mains water, would you?' Everyone said no."