Sodium could be the ingredient to lead a revolution in inexpensive and reliable large-scale energy storage for renewables.

Consider this: underneath an Australian city of roughly 5 million people there's a network of 25,000 kilometres of pipes, moving wastewater so that it can be treated, protecting health and the environment.

While most people press the flush button and don't give the process a second thought, it's an energy-intensive process.

To treat and pump for Sydney each year consumes an amount of electricity that would power more than 70,000 homes.

Doing that with renewables that rely on the sun shining or wind blowing, forget it, right? Particularly if reliability and energy security are paramount.

Yet, at Sydney's iconic Bondi Beach one of Sydney Water's 780 pumping stations is showing how renewable energy can be used on an industrial scale without impacting reliability and resilience, as well as driving down costs.

While solar power is great, the game changer for reliable and secure power from renewables is battery storage. At the moment, most storage comes in the form of lithium-ion batteries - the same things that power your phone and laptop.

The problem with lithium is that it's an extremely limited resource, making up less than 0.002 per cent of the Earth's crust. Lithium's scarcity makes it expensive, and the price will probably go even higher as the global demand for storage keeps rising.

Enter sodium. One of the two elements in ordinary salt, sodium is as cheap as (salted) chips and has a near-unlimited supply. And thanks to a team of talented researchers from the University of Wollongong (UOW), inexpensive and reliable sodium-ion batteries are only a few years away. 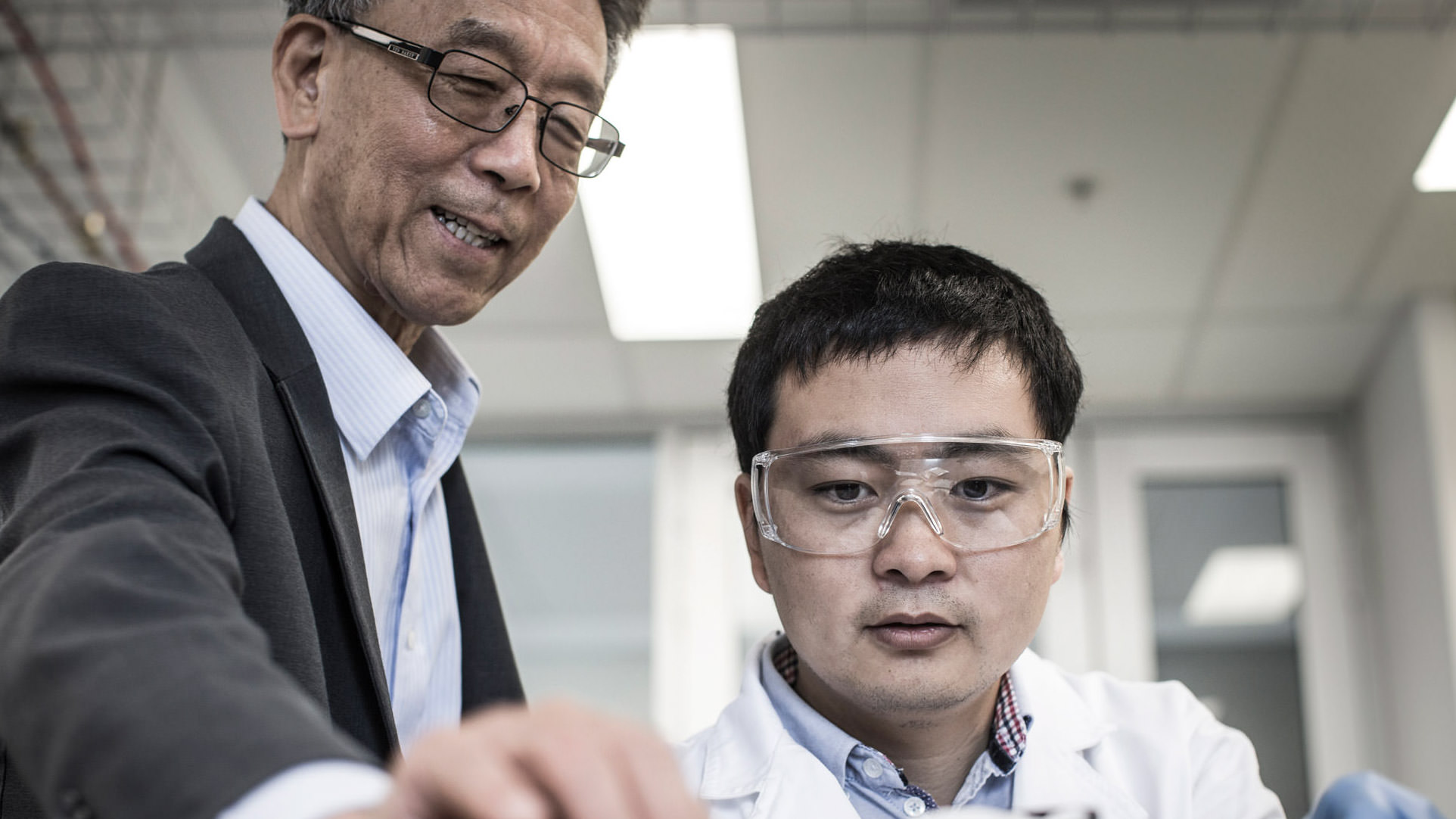 Project Leader and Director at UOW's Institute for Superconducting and Electronic Materials (ISEM) Professor Shi Xue Dou is working towards inexpensive and reliable sodium-ion batteries with his research team.

The Bondi pumping station will show how sodium-ion batteries can be used to store renewable energy and increase system resilience through self-generation, storage and consumption of energy on site.

It was chosen as a demonstration site due to the daily volume of wastewater it moves and the opportunity to prove the technology against highly intermittent and impulse-heavy loads.

The sodium-ion battery at Bondi will be charged by solar panels on the pumping station roof and controlled by a UOW-developed energy management system (EMS).

"The EMS is a set of software controls and algorithms that figure out the best way to use power," says project manager and ISEM research fellow Dr Jon Knott. "If the solar panels are generating, should you use that power straight away, use it to charge the battery or send it back to the grid? The EMS makes those decisions based on predicted energy generation and usage needs."

The system will generate approximately 8,000 kilowatt-hours of energy each year - significantly more than is required to run the site - with 30 kWh of battery storage showcasing the potential for sodium-ion battery technology.

Another system will demonstrate residential use, with the Illawarra Flame House, an award-winning sustainable home on UOW's Innovation Campus, chosen as the test site for a 5-kWh sodium-ion module. 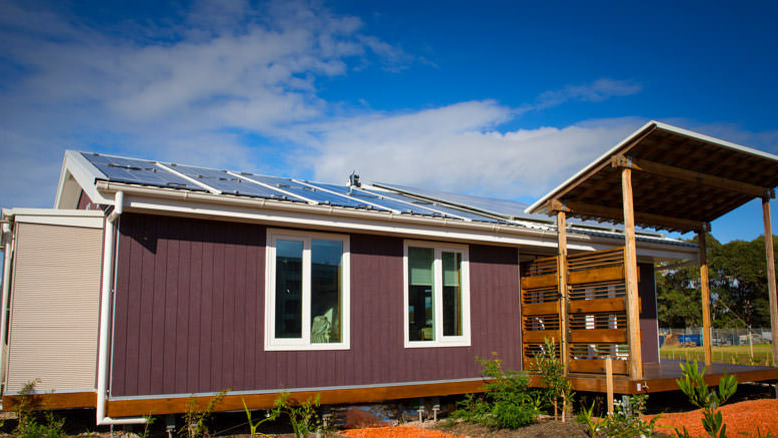 The Illawarra Flame House, an award-winning sustainable home on UOW's Innovation Campus, was chosen as the test site for a 5-kWh sodium-ion module.

Pumping stations have fairly unpredictable energy requirements - the pumps turn on and off automatically depending on the level in the tanks, creating an energy-use profile that is vastly different to what happens in a typical home.

That means the EMS needs to be extremely intelligent to plan for the station's upcoming power needs. It could even check the weather schedule.

"If the system can predict there's going to be five sunny days in a row, we can perhaps empty the batteries a little bit more than we could if we knew it was going to be raining," Dr Knott says.

Installing cheap sodium-ion storage is about more than just reducing Sydney Water's electricity bill, which is around $40 million a year.

If a pumping station loses power, it can't pump, which leads to messy and environmentally disastrous sewage spills. Reliable energy storage can ensure the sewage network keeps operating, even during extreme weather or natural disasters.

"Part of the reason why we're in this is to see if we can run pumping stations off grid," says Ruben Muller, Sydney Water's Resource Management Advisor.

"For example, we've got a pumping station in the Blue Mountains where there is a risk of losing grid supply during bushfires. We could run a second feeder to it from another direction, or we could just install solar and a battery, which I think is a much better solution."

Despite sodium's appeal as a low-cost, abundant and environmentally friendly building block for energy storage, it is a relatively new entrant in the field of battery technology research and development.

To date, much of the research has focused on fine-tuning the materials for the major components of the battery but little emphasis has been put on making a complete cell.

Designing a commercial-scale cell involves optimising a number of materials and chemistries, as well as factoring the costs of the active materials for the electrodes and the overall manufacturing cost of the batteries.

"This is not always a straightforward process, as many of these parameters are interdependent, so there is a significant amount of trial-and-error in selecting the best combination of design parameters," Dr Knott said.

While the decades of materials science expertise at ISEM is working on the fundamental science and Sydney Water is providing a real-world testing ground, the project is also working closely with manufacturing firms to connect what comes out of the lab with the realities of industrial-scale commercial production.

Professor Dou said that while sodium-ion batteries are receiving intense research interest, much of the work has been on the lab-scale development of materials.

Development of the sodium-ion battery packs is now in a critical phase, with the first batch of batteries rolling off production lines at industry partner sites in China.

If sodium batteries can deliver comparable performance at a lower cost, do we even need lithium any more? According to Jon, both technologies have a place in the future of energy storage.

"Sodium is a larger atom to start with, so sodium-ion batteries are always going to be larger than a lithium battery," he says. "Lithium is good for phones and electric vehicles where you want light, small batteries that have a lot of energy.

"But in a house or industrial application where you've got batteries hanging on the wall or sitting on the floor, it doesn't matter if they are a little bit bigger or heavier. Sodium can be a sister technology."