Why are our kids so anxious?

It is on the rise, but how can parents and children cope?

At what point in childhood does anxiety begin, and how can we help kids to overcome this increasingly common state?

Cast your mind back tens of thousands of years to when our primitive ancestors were fending for themselves in the wild. Hunting animals was crucial for survival and there was the ever-present threat of danger.

During these times, the human amygdala, otherwise known as the lizard brain, was extremely useful. It would alert us when danger was present and fear was necessary, provoking a fight or flight response.

While the human experience and intellect has evolved significantly, Clinical Psychologist and Director of Northfields Clinic at the University of Wollongong, Mark Donovan, explains our amygdala continues to serve us in the same way - for our survival and self-preservation.

"Our bodies are basically set up so that they react before you've even registered the nature of the threat. Your heart's going, your lungs are going, adrenaline's coursing through your body and you're prepared to deal with a life and death situation.

"So that's what anxiety is, but of course most of the threats in our current world aren't life and death," he says. "We should be much more frightened of stepping into a car or turning on a light switch because these are the things that are more likely to cause damage these days. But we haven't evolved to be fearful of those yet.

"Anxiety is a normal response to a threat and it's a very important normal response, because if there truly is a threat, then we need to do something about it." 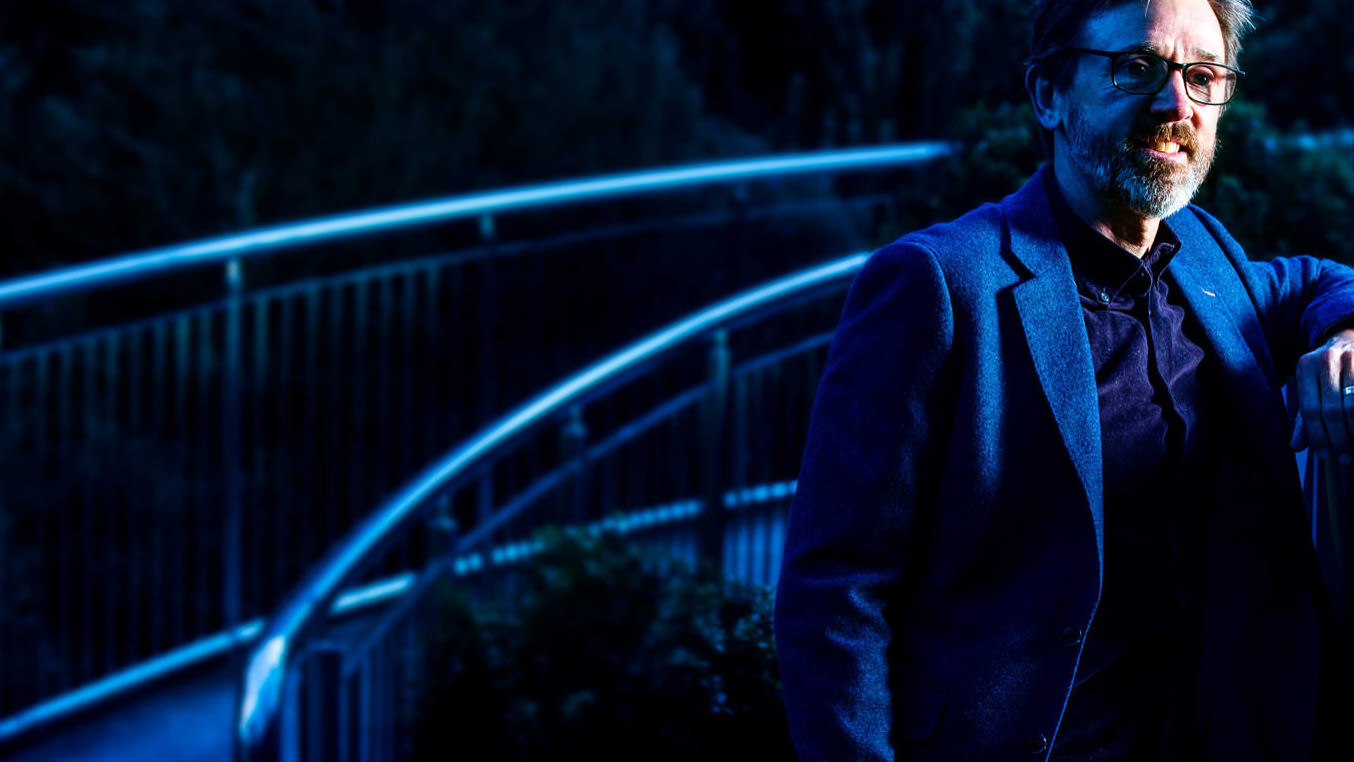 The fear is real - for kids

What provokes anxiety in kids from a tender age? It's the simple threats that can sometimes escalate beyond reasonable comprehension.

Mark says anxiety in children can be induced for many reasons, including the idea of being asked a question by the teacher, starting at a new school, friends not liking them, or fear of the dark.

"A lot of children are frightened of the dark and have trouble sleeping separately from their parents at night or report getting worried about noises, or something in the cupboard or under the bed, so it's a very normal universal type of fear.

"And it makes sense because for most of the time for the humans on this planet, that's when the bad things would happen. Night-time is when we would get picked off by predators or by other tribes or whatever else," Mark says.

For a long time, a child's whole world revolves around their parents; every decision, every response, and every word is absorbed and interpreted through their own lens, sometimes forming unhelpful beliefs at a subconscious level.

According to Beyond Blue Youth statistics, a 2015 Department of Health report revealed 6.9 per cent of children and young people (aged four to 17 years) had suffered from an anxiety disorder in the previous 12 months.

So what are the early signs to look out for in kids?

Mark says some children have a higher sensitivity to perceived threats than others and the early signs of anxiety can manifest in different ways.

"Some people's alarm will go off very quickly for little things, you see that from infancy. If they startle easily as an infant or as a younger child, if there's a noise they'll jump, or if their parent moves out of their eyesight they'll cry." 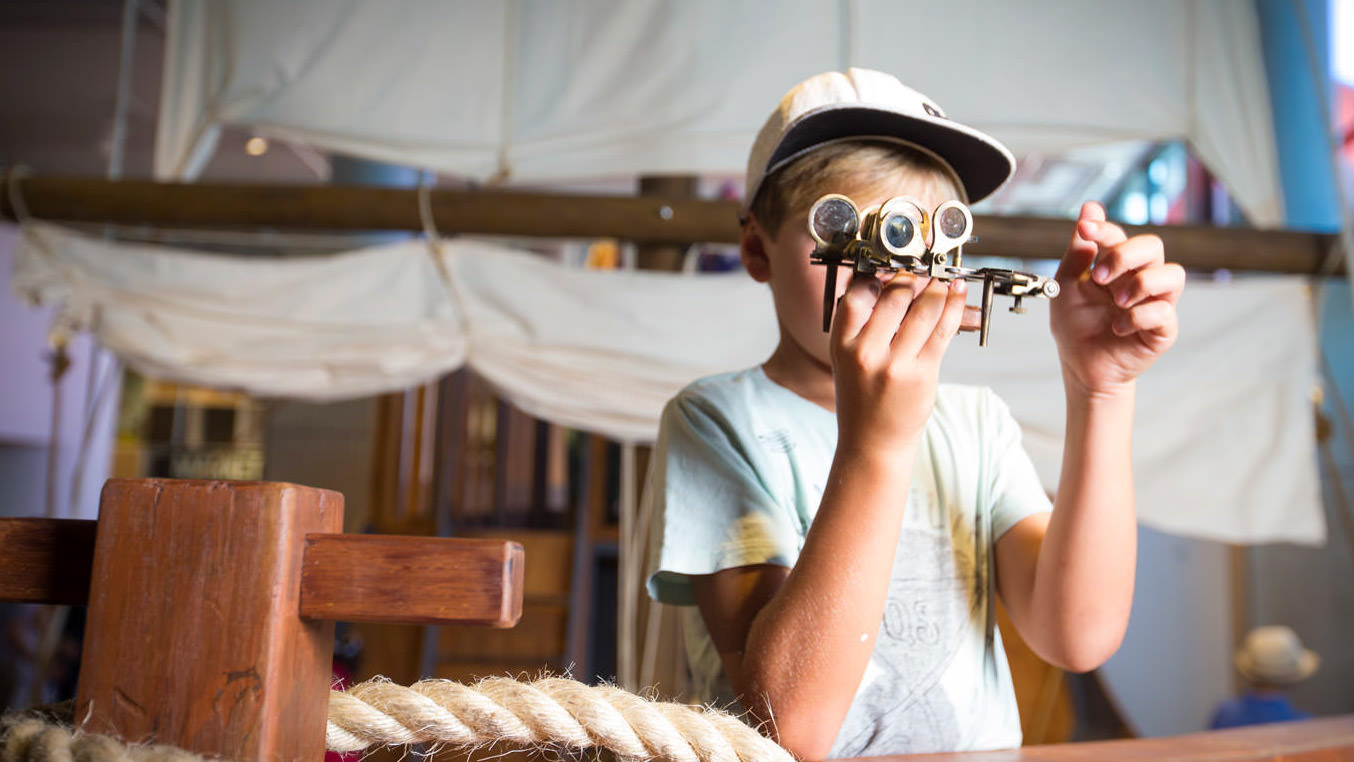 Once the alarm is triggered we feel the whole anxiety response throughout our bodies and there is a feeling that we need to get out of there or, if we can, avoid it in the first place.

"So that transfers into children or adults avoiding things like going to bed at night-time. Little kids can be up late arguing with their parents about going to bed because they're too frightened, because they're worried something's going to happen. Or they don't want to go to school because the other kids might be mean or the teacher might shout," Mark says.

A matter of perception

Another way of understanding anxiety in children is simply that it's the fear of the unknown.

The mind starts to run wild, imagining all the possibilities of what could go wrong, and anticipates the worst-case-scenario. These thoughts cause a child to feel on edge, negatively impacting on their state-of-mind and subsequent behaviour. 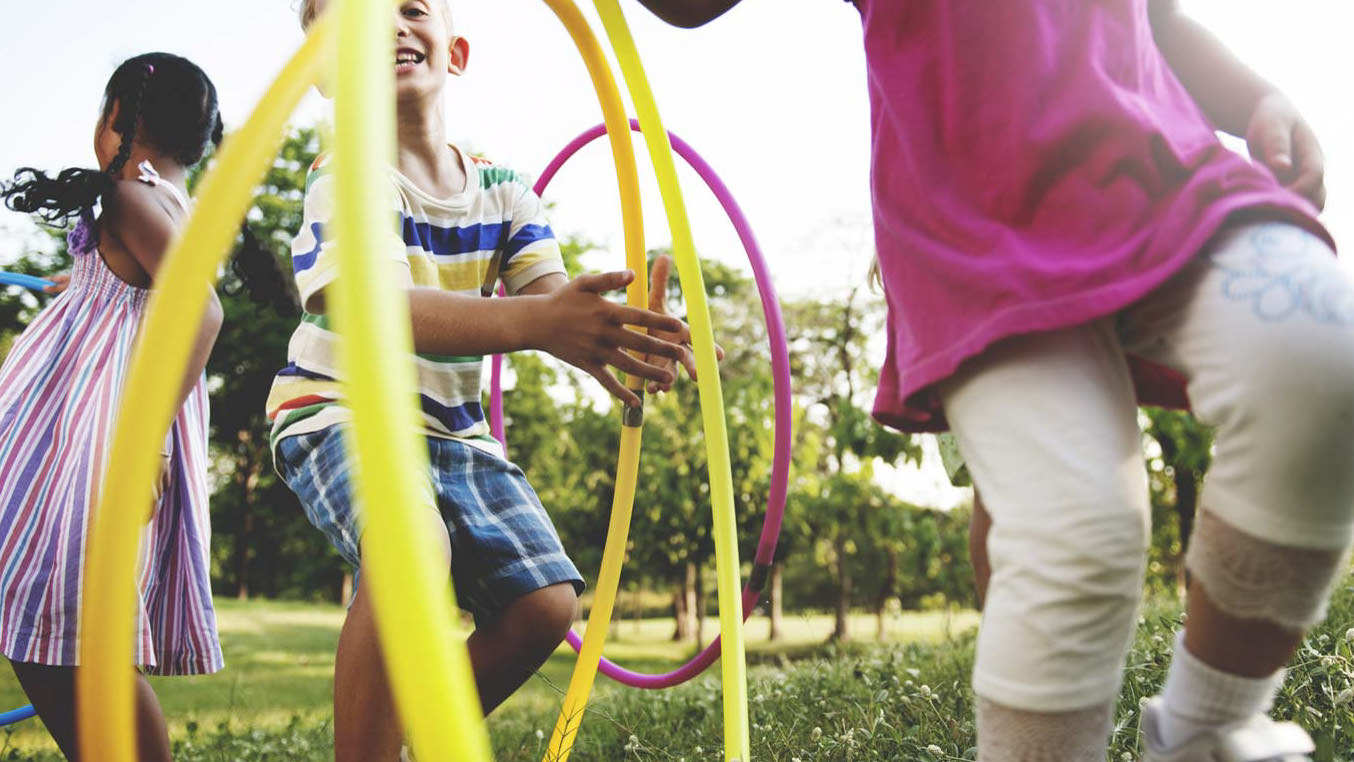 "It's not like there's somebody outside the house. They are over-perceiving the threat and under-perceiving coping. They believe that whatever it is, this threat, they won't cope, it's too much. [They think] I can't do it. It's too hard."

The combination of avoidance and over-perception of threat situations is what forms the basis of anxiety problems. Mark says if a child's response to situations has a significant impact on their life, such as not wanting to go to school or socialise, or in extreme cases, not leave their room because the threat is so large, this is when the anxiety becomes a disorder.

The power of our thoughts and imagination is limitless. Humans can create the fear response in our physical body without anything actually happening in reality.

"We could think about something scary that we've experienced and as we think about it we'll probably have some of those physiological responses, which tells us that it doesn't have to be real. If we imagine the threat, the body responds as though it's real," Mark says.

Mark says while anxiety can quickly escalate out of control, there are ways parents can intercept the behaviour when they're equipped with the right tools.

"The nature of anxiety is that on the outside, it doesn't make sense, it's not rational. So the parent needs to be able to just take a breath themselves to be calm and then they need to try and understand the child's perspective."

Parents can take the following steps to help their child manage their response to the perceived fear;

For the last 10 years, UOW's Northfields Psychology has presented Cool Kids - a child anxiety management program based at the University's Early Start facility.

Designed for eight to 12-year-old's and their families, the nine-week program demystifies anxiety, teaches realistic thinking, demonstrates how to fight fears, and supports the development of social skills, assertiveness, and problem solving.

"We go through the processes of the thinking games, tricks they can do about how they can think their way out of anxiety. Then we move into the more experiential stuff, such as exposure hierarchies, which is essentially fighting your fear by facing your fear," Ms Baltoski says.

"I have kids do the things that they're most scared of. We start with a small worry and we work up to the really big worries and as they get experience tackling their worries and having a win. They get over it and they move on to the next one." 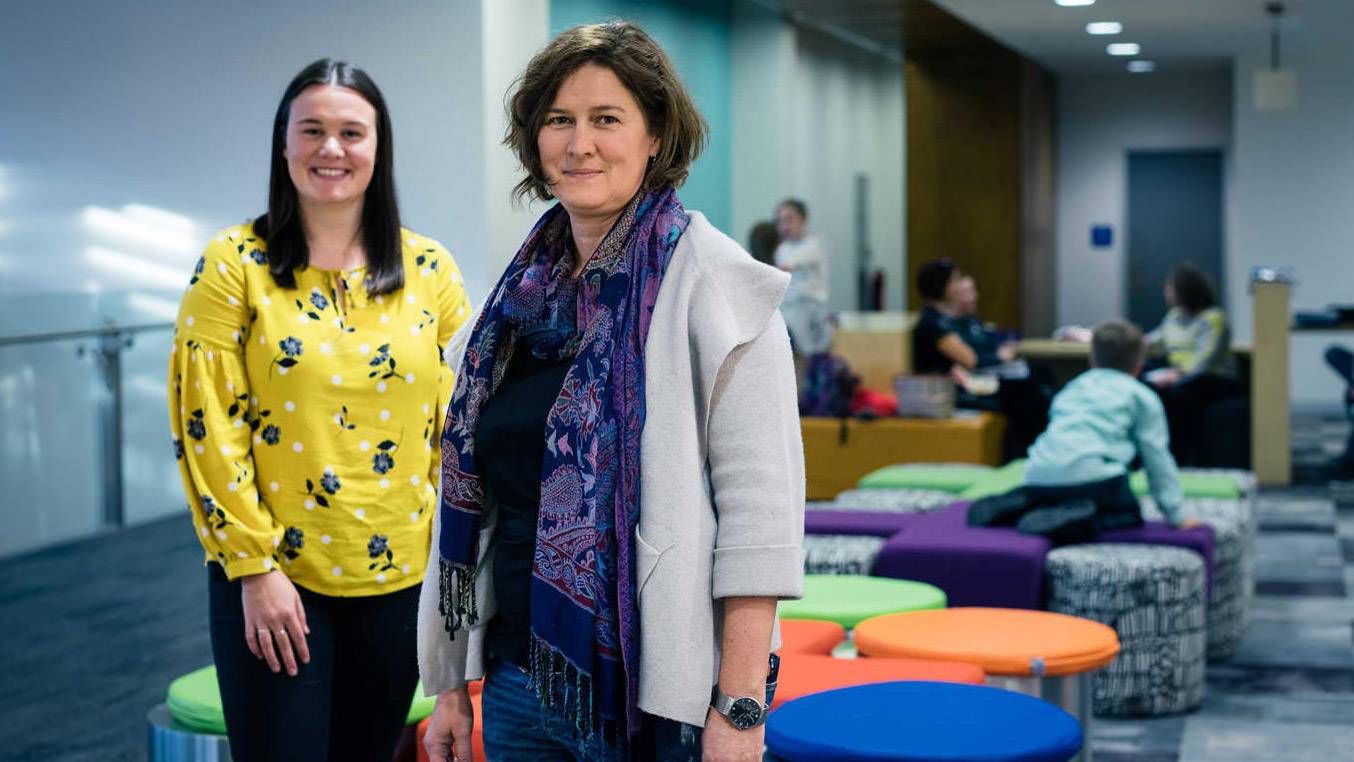 While fear of spiders, elevators and needles are ever present, it's social anxiety which is one of the most common concerns for those young participants.

Using 'Detective Thinking' to look for evidence of the worry to help dissolve the perceived threat, Ms Baltoski says every child who attends the program experiences some form of positive transformation.

"We have kids who won't walk in the room, so they stay in the waiting room and hang on to mum and dad's leg. By the time we finish the program, they're dancing on a stage out the front of the Duck Pond [at UOW] to a group of people.

"We've also had little kids who were just afraid, wouldn't talk and cried for the first four groups. They later became the stars of a school extravaganza at WIN Entertainment Centre - so we've seen huge changes." 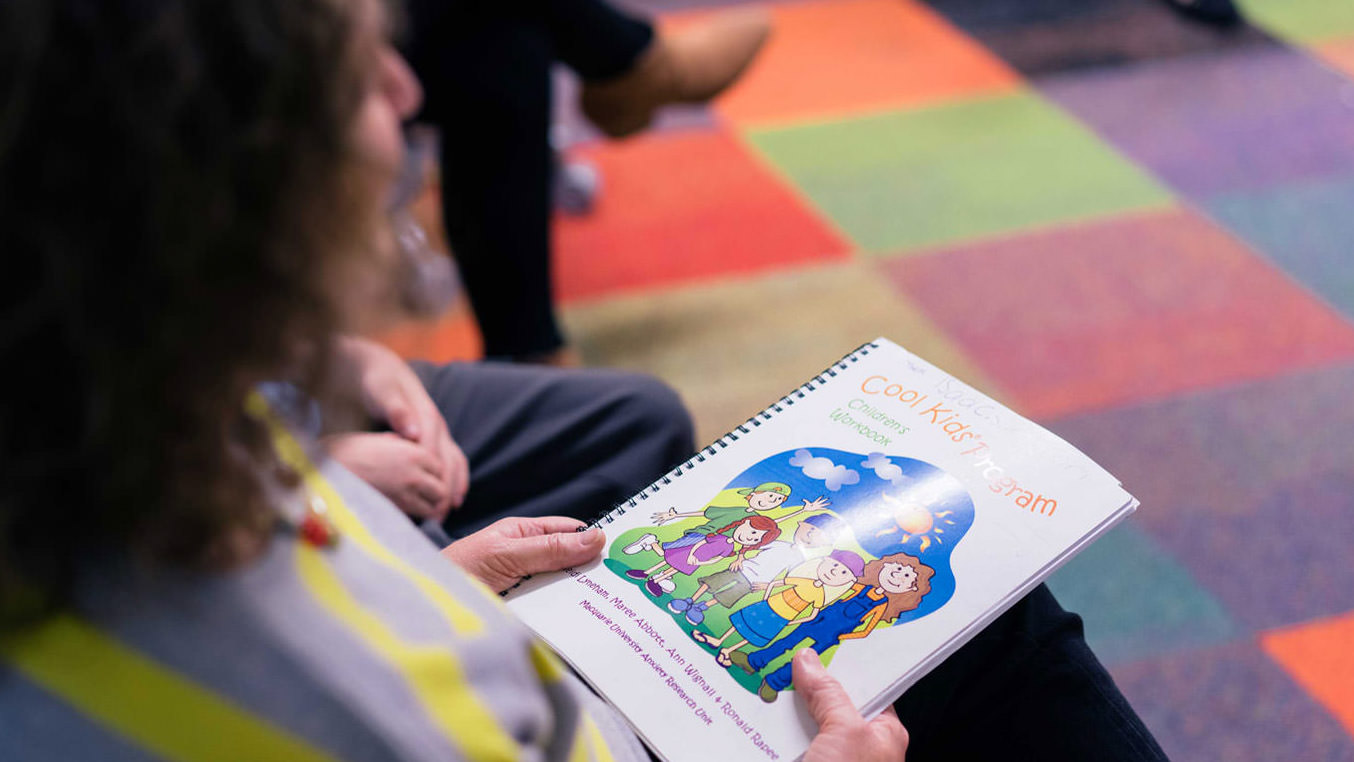 So where does it begin? Why do some kids get anxious and others don't?

Mark suggests in some cases, it can be a learned behaviour if fear and anxiety is demonstrated by parents, and in other cases it is simply part of their DNA.

"It can be straight up genetics. Biology. Tall people tend to have tall kids, short people tend to have short kids, so parents who've got anxiety issues in their own childhood are probably more likely to have a child whose fight or flight system might be a little bit more sensitive."

Mark says the early humans who might've had a slow amygdala (fight-flight system) simply didn't live long enough to have kids, therefore those genes didn't get passed on. Humans with a responsive amygdala were able to procreate and pass on healthy response systems, which continue to be passed on genetically for the survival of our species.

"We live in a world where we're surrounded by all these stories of threat so our amygdalae are constantly going off in response to that. It's overwhelming," Mark says.

Parenting and the 'cotton wool effect'

We've all heard the expressions 'wrapping your kids in cotton wool' or 'helicopter parenting.' Mark says over-protective parents are unintentionally doing their kids a disservice.

"Your job as a parent is to protect your child. If your child's distressed you naturally want to protect them from the things that are distressing. Therefore, you step in to help them avoid the stuff that they perceive as threatening. But it may not actually be threatening.

"Their distress is your distress and therefore you naturally find it really hard to encourage them to do the things they find distressing. And yet unless they do it, they will always avoid it."

Meagan, from Cool Kids, agrees that there are some things parents simply need to unlearn to allow their kids exposure to life's challenges.

"We help them become their child's coach and to work through how to manage anxiety because a lot of times kids get worried and the parents want to scoop kids up and give him a hug and tell them everything will be okay. But if you do that too soon there's no chance to learn everything will really be okay," Meagan says. 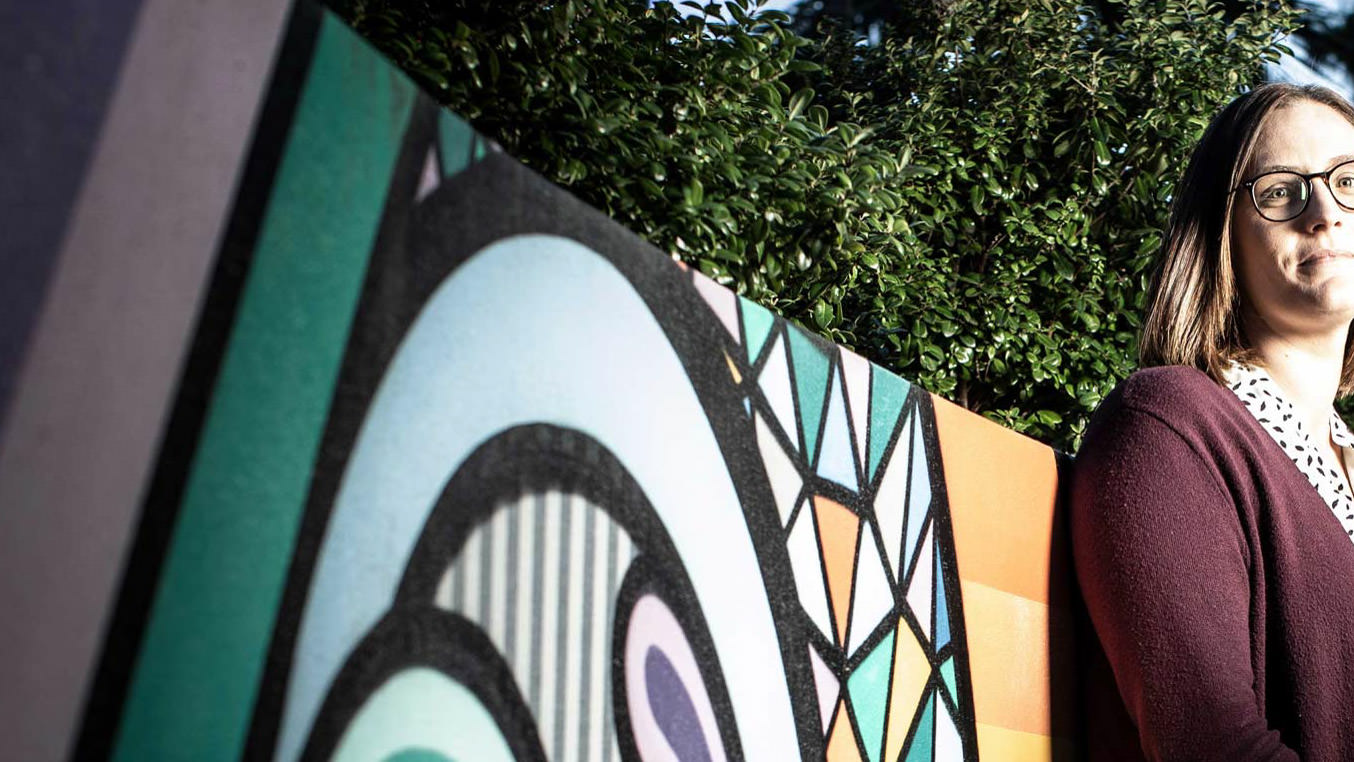 As the saying goes, a problem shared is a problem halved. After years of successfully unpacking fears and enhancing confidence in children, Cool Kids has also proven extremely beneficial to parents who - much to their relief - come to understand they are not alone in their struggle.

One parent, Tammy, who attended the program with her daughter, says she has learnt a lot of new things about anxiety and anger, which she'll be able to use for any future situation.

"I've learned I need to understand more about where she's coming from and what's happening in her brain and that we're both very different. So I need to stop and think about how she's dealing with it and then how we can approach it together."