The rise of competitive parenting

How can parents create a bright future for their child free from shadow of stress and anxiety of competitive parenting?

Back at the start of her career, Dr Elisabeth Duursma used to visit low-income families in rural Vermont, in the United States. She would watch how the mothers and children played together, but then she noticed that the fathers would be hovering at the back. They were curious, but not taking part.

"We would ask them if they were interested in taking part in the study, and they would ask us what the mother thought about it," recalls Dr Duursma, a Senior Lecturer in Early Childhood Literacy in the School of Education at the University of Wollongong.

"Why don’t we start early with preventative measures for the child? Why do we put it in the too hard basket and wait until the children are full-blown adults to try to deal with the issues?"

At that time, studies started including fathers only when their children reached the age of about three, but Dr Duursma says this is a mistake that continues to this day.

"There is still not enough information about how important fathers are," she says. "The literature has been focused on how important mothers are. [But] when dads are given the opportunity, they will take it. Mums control our children's access to the dad. It seems like dads don't get a voice."

Dr Duursma's research identifies different parenting styles, and parenting contributions, of both mothers and fathers. What she has found is as confronting for women as it is heartening for men.

In a recent study where she looked at the effects of reading by both mothers and fathers on the reading of children, Dr Duursma noticed a strong gender pattern.

"What I found was that mums see it as a teaching exercise and it becomes competitive parenting," she says. "Mums were straight-backed on a chair, dads are lying on the floor and if the child didn't want to read, they'd just let them go."

Dr Duursma argues that women put far more pressure on themselves as parents; that they see it more in terms of a job, and they tend to compete more with other women through their children.

Fathers, meanwhile, are able to be - sometimes literally - more laid back, perhaps because there is less of a template for how they should parent. It's a quality that Dr Duursma argues we need to see more of in our parenting styles.

"It’s a whole competition about my child is better than your child. You go on Facebook and you only see pictures of happy people and all those children getting awards. You have to show the whole picture. Parenting is hard work."

"It's a whole competition about my child is better than your child," she says. "You go on Facebook and you only see pictures of happy people and all those children getting awards. You have to show the whole picture. Parenting is hard work and often it's not fun."

Dr Duursma believes children need more acceptance, and more time when the parent is emotionally, as well as physically, present. "It's hard to give parents advice these days because there are such high expectations," she says. "Everyone puts the bar so high. What I like about men is that they have fewer models of the perfect child."

Dr Duursma cites her observations at the Early Start Discovery Space where she observes mums sitting on their phones while their children amuse themselves, while dads are far more likely to get involved.

"The whole point of the place is to get engaged with your children. Dads are there less often, but when they are there, they are there. They see it more as an outing." 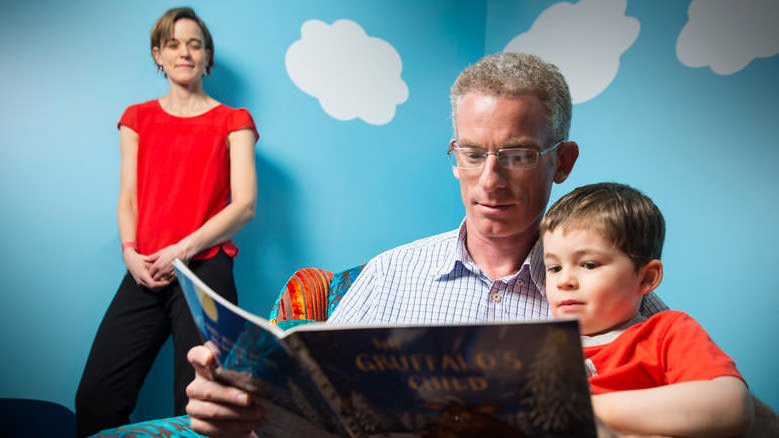 Care, affection and listening to the child

Professor Jacqueline Barnes, a developmental psychologist at the University of Wollongong and Birkbeck, University of London, says that while there has been an increasing amount of research into fathers over the past 30 years, less is still known about fathers versus mothers.

"What makes a good father does not differ from what makes a good mother," she says. "Being caring, affectionate, and paying attention to what the child has to say. Knowing about that child's life, and avoiding harsh discipline."

However, it is useful to know what might be associated with how fathers feel and think.

She brings together two different strands of her research - the possible associations between a father's experiences of his own parents with his mental health and stress experienced in the parental role, and the way a father's personality, in conjunction with stress, may be related to a child's behaviour by the time they reach 51 months, or just over four years old.

"It's clear that their experience of their own parents is important," she says.

Professor Barnes's research shows that among dads whose own fathers were less warm and caring there was an increased likelihood of them having more symptoms of depression after the birth of their child. 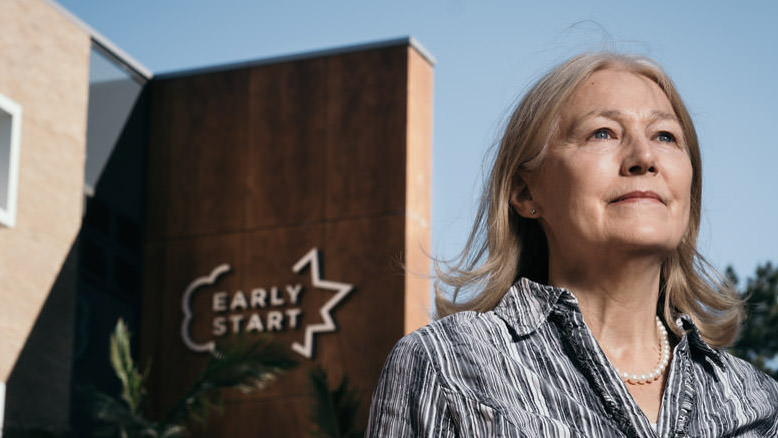 Professor Barnes agrees with Dr Duursma that our relationships with our children have changed, and have become more competitive than when she was growing up.

"Children have become, in a strangely Victorian way, perceived as the property of parents and their achievements are seen as part of the identity of parents," she says.

"When I was a child, parents were interested but we didn't have the detailed and sometimes intrusive attention that children do now on exactly how they performed in school or in other activities such as musical ability or sport.

"The child has now become a reflection of the parent. All this tutoring and comparing your child to other children is very unhealthy."

"The child has now become a reflection of the parent. All this tutoring and comparing your child to other children is very unhealthy."

She argues for a balance. It's important to be interested and involved in your child's life, but there is a middle path between being neglectful on the one hand, and authoritarian and intrusive on the other.

Many years ago, an authoritative style of parenting was found by developmental researchers to be optimal; parents were involved and set some limits but in a warm and democratic way that included the child in decision-making. All of which assumes a certain normality in the family, and a sense of control that is often more challenging to accomplish if the parent is experiencing mental health difficulties or stress.

There is, therefore, a need to provide comprehensive support for families, to both fathers and mothers, when their children are young to enable them to help their children in the most effective ways. 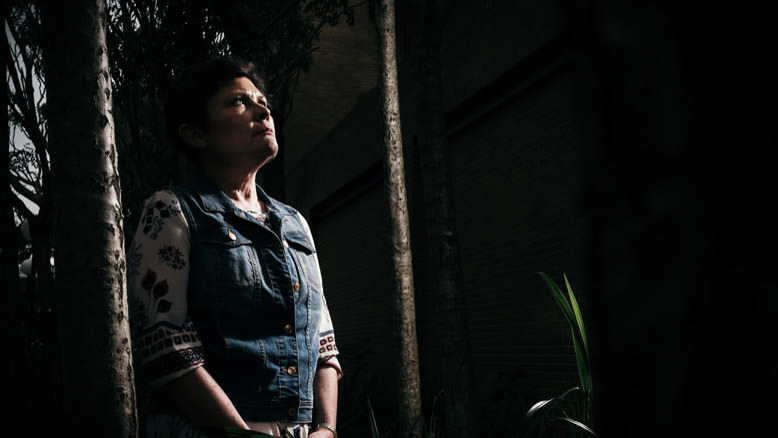 Kristen Burriel is a social worker and PhD candidate at UOW, who has worked as a counsellor at Relationships Australia, in the health sector and at the Family Court.

For the past 20 years, she has designed and run playgroups for mothers with a variety of mental illnesses, often post-natal depression, but also anxiety and other conditions such as bi-polar disorder or schizophrenia.

Ms Burriel quotes a national survey conducted by Sane in 2010, which found that 86 per cent of mothers received no additional support after giving birth to a baby, despite 52 per cent suffering depression, 24 per cent with bi-polar and 8 per cent with schizophrenia.

She also quotes research that estimates that a third of parents have a mental illness of some sort and that 27,000 children in Australia are affected by parents with a psychotic illness. Of those, there is a 20 to 40 per cent higher likelihood that the children will develop a similar mental illness, both from social and genetic factors.

In 1997, Ms Burriel founded a playgroup for mothers and their children in the mental health service in the Illawarra. In 2003, this idea became the POPPY playgroups - standing for Parents Opportunity to Participate in Play with their Young.

Ms Burriel's research looks at the benefit of the model of support playgroups, collected from the narratives of the mothers themselves, and outlines the importance of this support and early intervention. The playgroups provide a mix of supervised play with activities such as reading and singing, to promote attachment between the mother and the child.

Then, after a nutritious morning tea, children play on their own, and mothers gather nearby to receive expert parenting advice. The groups now operate in 10 locations, in conjunction with providers such as Barnardos and CatholicCare, and Ms Burriel is a passionate advocate for the benefits it provides mothers and their children.

"I had a mother attending for 14 consecutive years with four children," she says. "She suffered from post-natal depression after each child. These playgroups allowed her to raise her family. Services like this model because of its simplicity, its effectiveness and the fact that it's not expensive to run.

"The lesson I have learned, is why don't we start early with preventative measures for the child through improving their resilience, with increased social support and evidence based parenting? Why do we put it in the too hard basket and wait until the children are full-blown adults to try to deal with the issues?

"It makes no sense."