When a ‘whodunnit’ becomes ‘why do it?’

Category
Arts and CultureFeaturesOpinion
Tags
Communications & Media
Business Areas
Faculty of the Arts, Social Sciences and HumanitiesSchool of the Arts, English and Media

Victims’ family members have been vocal about their opposition of the series, with one victim’s sister explaining that while Netflix claimed Dahmer would ‘honour’ them, they were never consulted.

The mother of one of Dahmer’s victims, Shirley Hughes, called out Peters himself for failing to acknowledge victims in his acceptance speech.

Dahmer is just one of the latest true crime dramatisations to face backlash. Joe Berlinger’s Extremely Wicked, Shockingly Evil and Vile, starring Zac Efron, was criticised for glamorising serial killer Ted Bundy. But Efron and Berlinger defended the film, saying it represents the public’s opinion at the time: that an attractive, young, charismatic man could not be capable of murder.

So, what are the ethics of creating a drama out of a real-life horror?

Sue Turnbull is a Senior Professor of Communications and Media at the University of Wollongong and an expert in crime in media, with a research focus on crime fiction.

Despite her love of murder mysteries, she says there is a jarring difference between that and true-crime, and she often can’t bring herself to watch real-life stories played out.

“Crime fiction as a genre, or television crime drama as a genre, provides me with what I call an aesthetic frame, a lens which enables me to look at something which otherwise I would find too disturbing," says Professor Turnbull.

“If it is fictional, I can deal with it because at one level, I know nobody's really been hurt. I'm watching a story that has been created by people, produced by people, shaped by people. And that knowledge provides me with enough distance to be able to deal with the crime that is represented.”

When is true crime entertaining, versus exploitative?

Our obsession with true crime is nothing new. The trial of OJ Simpson in 1995 had an estimated viewership of 150 million people. In a story about the psychology of crime viewership, UOW criminologist Dr Tracey Woolrych explains that our fascination dates back as early as the bible and the Salem witch trials.

“Literature about crime has been around for years and years, we just have many more ways of accessing it in the media these days than we used to,” she says.

Despite its popularity, Professor Turnbull says dramatised movies or shows that depict true events should be in the public interest.

"Consider The Crown. You have an award-winning series made for Netflix, where the lives of these people are examined and fictionalised,” she says.

"I don't think this is necessarily in the public interest. But I do think it's capitalising on an interest which is valid - people wanting to know more about how the royal family live.  Being represented and having somebody play you, no matter whether you're a queen or a serial killer, is problematic. How do you feel to have your story and your life represented or misrepresented,  particularly when there are victims involved?”

The same has been said for the 2021 film Nitram, which tells the life story of the Port Arthur shooter right up until he committed Australia’s largest mass murder in modern history. The film was opposed by many, including Australian director Richard Keddie, who said it would retraumatise the victims.

Professor Turnbull spoke on a panel in Hobart six months after the shooting, offering insight into the media coverage of the attack. She explains that while there was a total media blackout in Tasmania at the time, other publications were altering images of the shooter to ‘look more like a murderer.’ While she hasn’t seen the film, Professor Turnbull say Nitram may humanise the killer too much for victims and survivors.

“While a show like Dahmer or a film like Nitram might at one level be exploitative and at another it may be revelatory in terms of the psychology and context it explores. When did things start going wrong? What makes a serial killer? At what point could he have been stopped and at what point do the failures occur?” 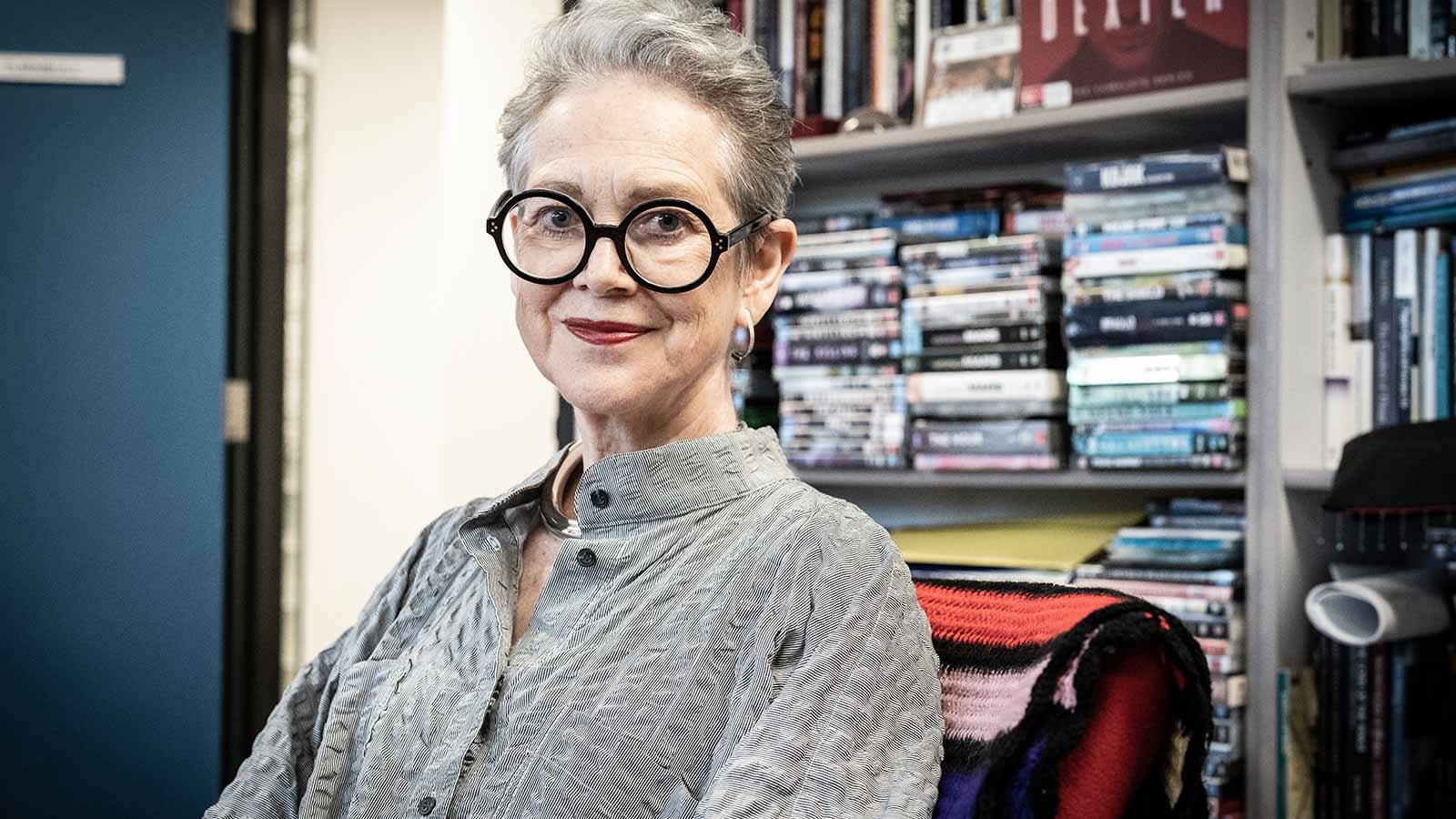 Senior Professor Sue Turnbull is an expert in crime in media, offering her insights after the Port Arthur massacre in 1996.

What makes a good crime show?

There are few ways for true crime to be dramatised without controversy – one of those is time, says Professor Turnbull.

“We are all still fascinated by Jack the Ripper because time does make a difference. We don’t necessarily have a problem with serial killers whose victims and their families are long dead and gone, in that it is unlikely there will be someone whose life is directly affected by this.”

The other is the idea of vindication, which Professor Turnbull says contributed to the success of Underbelly. The series followed the true events of organised crime and gangland wars in Melbourne, where Professor Turnbull was living at the time of its release.

“Everyone seemed to know someone connected to these stories, but the thing was, it was for the most part internecine gangland fighting - nasty people killing each other. There were few innocent victims. And [as an audience] we found that vastly entertaining and an insight into a parallel world of crime in a place we thought we knew” she says.

Crime fiction, however, will always be Professor Turnbull’s preference, because the complexity of characters means you can root for the anti-hero.

“For me, why crime fiction is better than true crime is because there is the possibility of redemption. In some ways, order will be restored, whereas in real life that isn’t always the case,” she says.

“Take Dexter for example. In the books he is very witty, very dark and dealing with his impulses, so it’s self-reflective. You begin to understand the reasoning and the motivating disaster that caused Dexter to be what he was.

“What we were asked to deal with was how someone who was so likable could commit such terrible acts. What made this more palatable was that Dexter always picked on people who really deserved it. There was a moral order in Dexter's world, and as an audience it was gratifying to see the baddies on the receiving end.”

The best crime dramas also follow a formula, which Professor Turnbull says has helped with the success of Law and Order: SVU, the longest running live-action television series in US history.

“The first rule of series television is that to be successful in your genre every episode should be exactly the same, but completely different, and you get that in Law and Order. There is comfort in a narrative structure that you know will deliver,” she says.

“It's like a bedtime story. Once upon a time, we went into the woods, and this happened, this happened, and we all came home and lived happily ever after. There's a formula to the narrative, the aesthetic frame, that holds the horror of what you're watching and the stories that you're encountering in a place where you can contemplate them and try to understand how they came about. Law and Order is a perfect illustration of that strategy.”