The ride of a lifetime

UOW graduate, and passionate cyclist, at the helm of UCI Road World Championships in Wollongong

When the eyes of the world focus on the Illawarra this September, as the UCI Road World Championships bring the best in the sport of cycling to the region, there will be few people more excited than Dean Dalla Valle.

The international race ties together many of the different threads of Dean’s life – his business acumen, his connection to the University of Wollongong (UOW), his love of cycling, and most importantly, his passion for Wollongong.

As the Chair of the board for the 2022 UCI Road World Championships, Dean has had a guiding hand in bringing the premier cycling event to life, and will be there cheering on the participants every step of the way.

But, let’s start at the beginning, of a career that has spanned five decades and taken Dean to the upper echelons of the corporate world.

How did a young man who began his career in the coal mines of the Illawarra eventually find himself at the epicenter of one of the biggest cycling events in the world?

“I had ambition but I didn’t think I was ever going to go out and conquer the world,” Dean says now, looking back at the earliest years of his career. 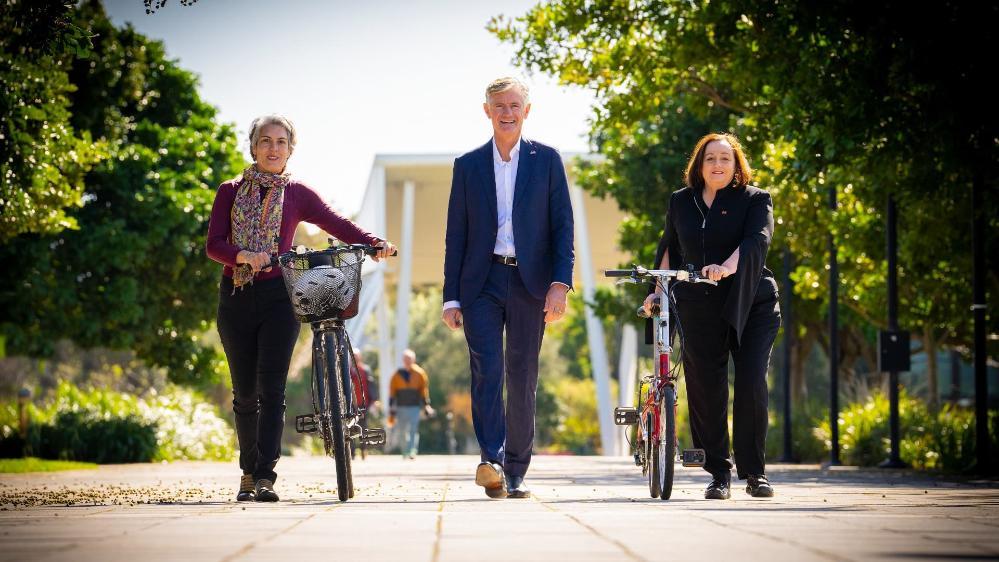 Growing up in Fairy Meadow, Dean says his childhood was filled with positive memories of the city. It was a backdrop that brought together the best of both worlds – the beauty and freedom of the coastline and surrounding mountains, with the bustle of an up-and-coming industrial city.

“I couldn’t think of a better childhood. There were so many spaces for us to explore, the beaches were lovely, we had a lot of freedom. It was like a country town attached to a city,” he says.

“We had the best of everything. The industrial landscape in Wollongong was omnipresent though. The noise and the imagery of the steelworks was ingrained in my mind. I always thought that I was going to be part of that landscape.”

At the age of 17, Dean began his career at those very steelworks. He gained his first job in the underground coal mines of BHP, as an electrical apprentice. It was, in many ways, a baptism of fire, which turned Dean from “a cheeky young boy into a less cheeky man”.

He had ambition, but his humble beginnings meant that Dean was not yet sure how he could and would channel that.

“I was a voracious reader, and I thank my mother for encouraging that,” Dean says now. “I read everything and it really expanded my thinking. I knew there was a bigger world outside of Wollongong.”

During his first two decades at BHP, Dean’s roles evolved from electrical engineering apprentice to General Manager of the Appin, Tower and Westcliff Collieries for Illawarra Coal. However, to propel his career to those greater heights, further study proved valuable.

As part of the fabric of the region, the University of Wollongong (UOW) had always loomed large in Dean’s life, but it wasn’t until “the late stage of the first quarter of my career” that he decided to undertake further study. 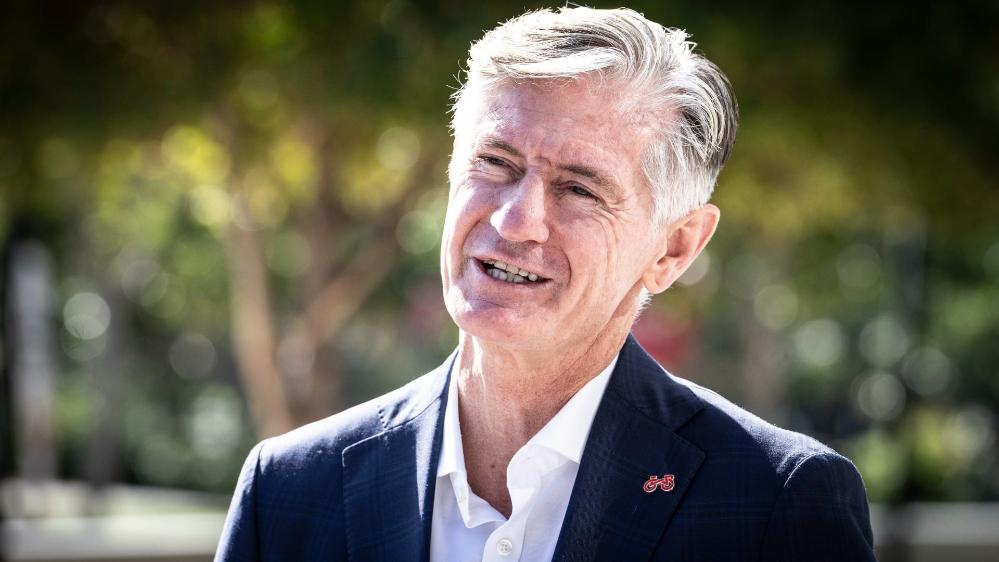 He enrolled in a Master of Business Administration at UOW in the early 1990s, with the aim of taking his career to the next level. Over the next four years, he studied part time, balancing his evening classes with his young family and his burgeoning career.

“I was in my 30s, and I felt I needed to understand the business world better, to round out all the other things I had done. I wasn’t going to advance my career unless I had a better experience of how the business side worked.

“The MBA was really set up for people who had other commitments. Classes were held in the evenings, so often I was racing from work to be there for my lectures. It was a lot, but it was worth it in the end. I learnt so much from my MBA.”

Dean’s wife, Maree, is also a graduate of UOW, after completing a Bachelor of Arts (Communication Studies and English) in the late 1990s.

“We both knew the uni well and we really helped each other out, because we knew what was involved in studying and balancing competing priorities.

“My MBA was a long hard slog, but it was a game changer for my career. I would not have got to where I did without the MBA.”

To that end, UOW holds a special place in the couple’s heart. And Dean’s MBA certainly helped to accelerate his career. After close to 20 years in Wollongong, he relocated to Western Australia to take up a position with BHP in the Pilbara. Leaving Wollongong was a difficult decision, but one that was necessary for Dean to take up the opportunities that were coming his way.

It was in Western Australia that Dean fell in love with cycling.

“Everyone cycled when I was a kid but we didn’t race,” he says. “When we were living in Port Hedland, my daughter started doing junior triathlons, so I started with her. I eventually dropped the running and swimming, but kept the cycling. I’ve continued the sport ever since. I love the camaraderie and the company.”

As Dean’s job took him around Australia and the world – from Pilbara to Brisbane to Melbourne to Sydney and Brazil – in his roles for BHP (which include President Uranium, President Coal, and Chief Operation Officer) and later CEO for Pacific National, his passion for cycling grew. It was always balanced with his work obligations, which were many and varied.

When he retired in 2021, Dean said farewell to a career that had spanned nearly five decades, most of it spent at BHP Billiton. He achieved the heights of the corporate world. Looking back, one of the things he is most proud of was how, as the son of Italian immigrants, he endeavoured to be a more inclusive leader in the workplace.

“Growing up as a first-generation Australian, I knew what it was like to be an outsider. There were negatives that went along with having a surname like Dalla Valle, but I think it made me more resilient, to understand people better. I didn’t tolerate discrimination internally, in the workplace.

“I came from a very blue-collar background. I never envisaged that I would be in the corporate world.

“In the business world, you have to strive to be excellent all the time. You can’t rest on your laurels, because they won’t prop you up for long. If I wasn’t always striving to be better, I don’t know that I would have received the career challenges and opportunities that came my way.” 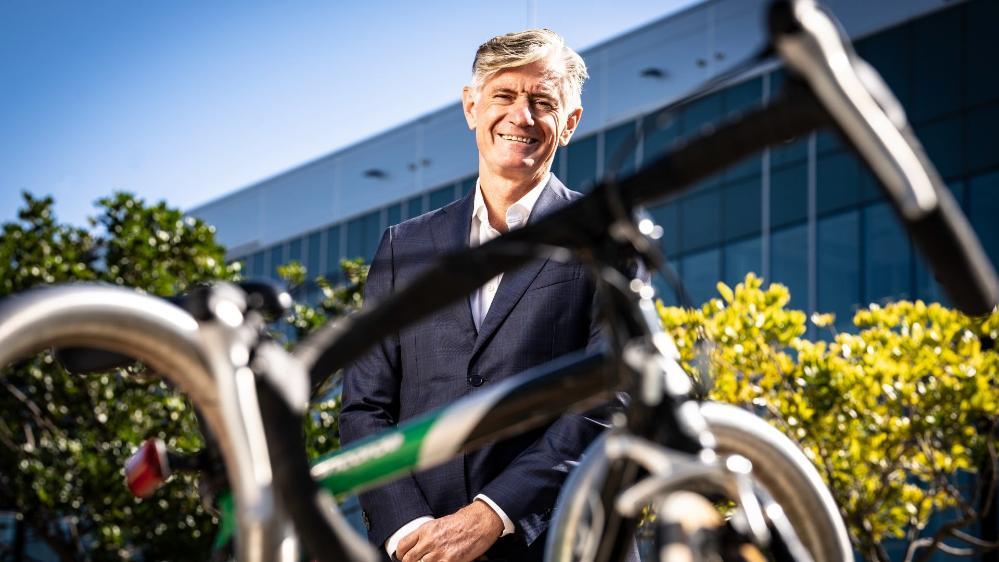 Retirement, for Dean, came at a time in which he could focus on the things he previously had not had enough time for, including helping to bring one of the biggest cycling events in the world to Wollongong.

He has ridden through the great routes of the Tour de France and the Giro Italia, and taken in the beauty of many more. But one of his favourite rides remains here in Wollongong, looping along the coast and taking in the Bald Hill Lookout.

Now, as Chair of the UCI Road World Championships, he is thrilled to be able to share the spectacular scenery of his home city with cycling aficionados all over the world.

In many ways, this feels like Dean’s pièce de résistance. It brings together his passion for cycling, with his business insight, and his enduring love of Wollongong.

“I was really excited for Wollongong to host the UCI. Unless you’re in the cycling community, most people wouldn’t appreciate the size of this event. This is one of the top five cycling events in the world. Hundreds of millions of eyes will be watching Wollongong from around the world.  It is only awarded to a city outside of Europe once every five years.”

He is thrilled about showcasing the beauty of Wollongong to the world and for the community to celebrate alongside the participants, who will descend on the city from more than 70 countries.

It feels like a full circle moment for the man who grew up in Wollongong and who always called the city home, regardless of where he has resided in the world.

“It is a real third-party affirmation of the beauty of the region, and the pride we have in this city. I want to continue to make this a better place for all.”