As Jillian Broadbent steps down from her role as Chancellor, she reflects on her time at the University of Wollongong

It is the thread that weaves throughout her long and distinguished career, in higher education, business, governance, finance, and the arts. This desire to put others first was instilled in her at an early age, by her father, a World War II veteran and solicitor, and her mother, a social worker.

"I grew up with parents who had that attitude, that you should contribute to the community before serving yourself," Ms Broadbent says.

"I developed the appetite to do that. My dad always said that if your country asks you to serve, you must do so. He said 'You've been given an education, knowledge and skills, you need to give back rather than just use those for yourself'. Thankfully, I didn't have to serve in a world war to serve my country and help others."

Ms Broadbent is on the cusp of stepping down as Chancellor of the University of Wollongong (UOW), a role she has held for 11 years. Chancellor-Elect, Ms Christine McLoughlin, will assume the position at the beginning of October.

Ms Broadbent's immense contribution to the University was recognised in the final weeks of her tenure in September, when the new Social Sciences and Arts building was unveiled at UOW's Wollongong campus and dedicated the Jillian Broadbent Building. 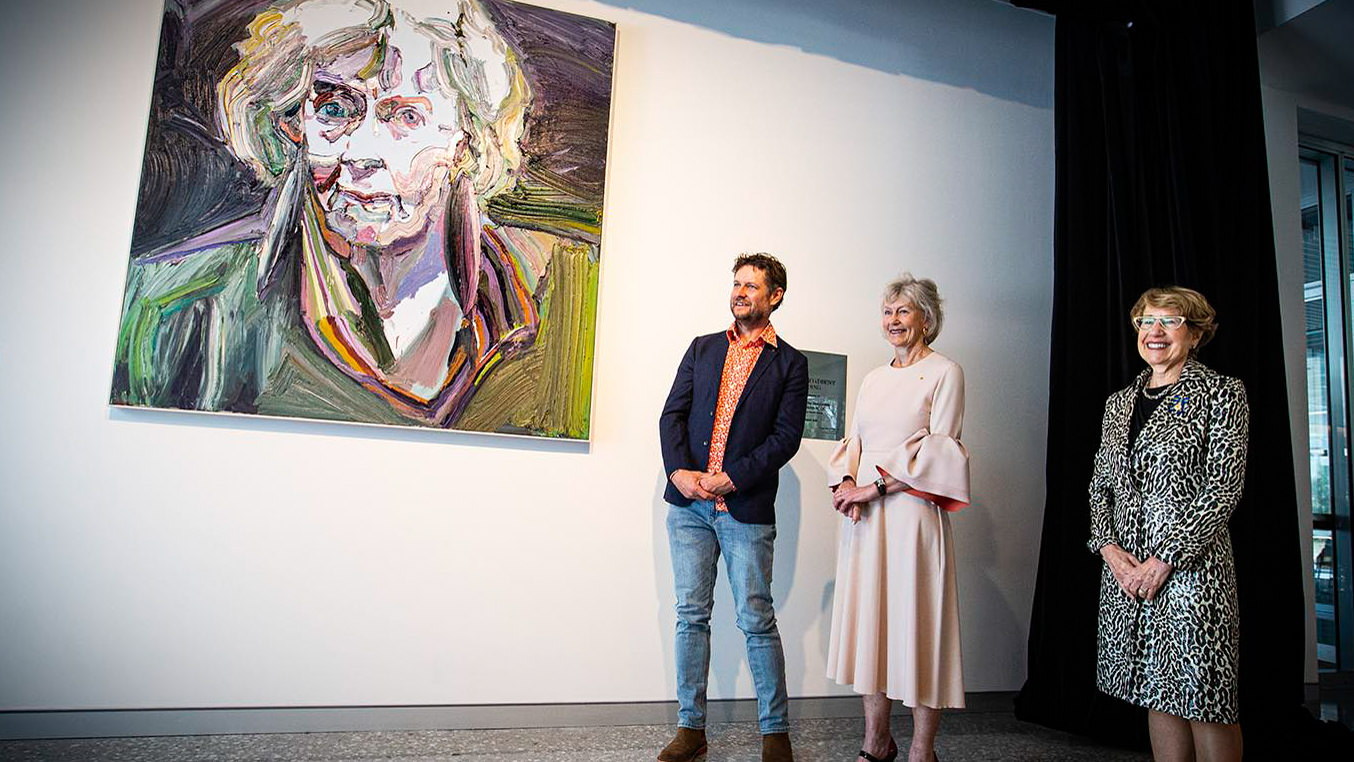 Her own relationship to higher education began at the age of just 16 - Ms Broadbent is quick to state that she was not a child prodigy, but "we only went to high school for five years in those days" - as a student at the University of Sydney.

She studied mathematics and economics, an emerging field that was heavily populated by the boys.

"Maths was the only subject I seemed to have an aptitude for at school," Ms Broadbent says with a laugh. "Economics was suggested as an application of my mathematics capacity. It was a fairly new subject, compared to where it is now.

"There were probably a thousand people in the first-year lectures, and I would say only five per cent were women."

A woman pushing against the heavy door of the male-dominated boardroom would become a common theme for Ms Broadbent.

In fact, in Ms Broadbent's first role out of university, at the age of 19, she applied for a role at Shell, only to be told in the interview that they had only called her in because they thought her name was Julian. 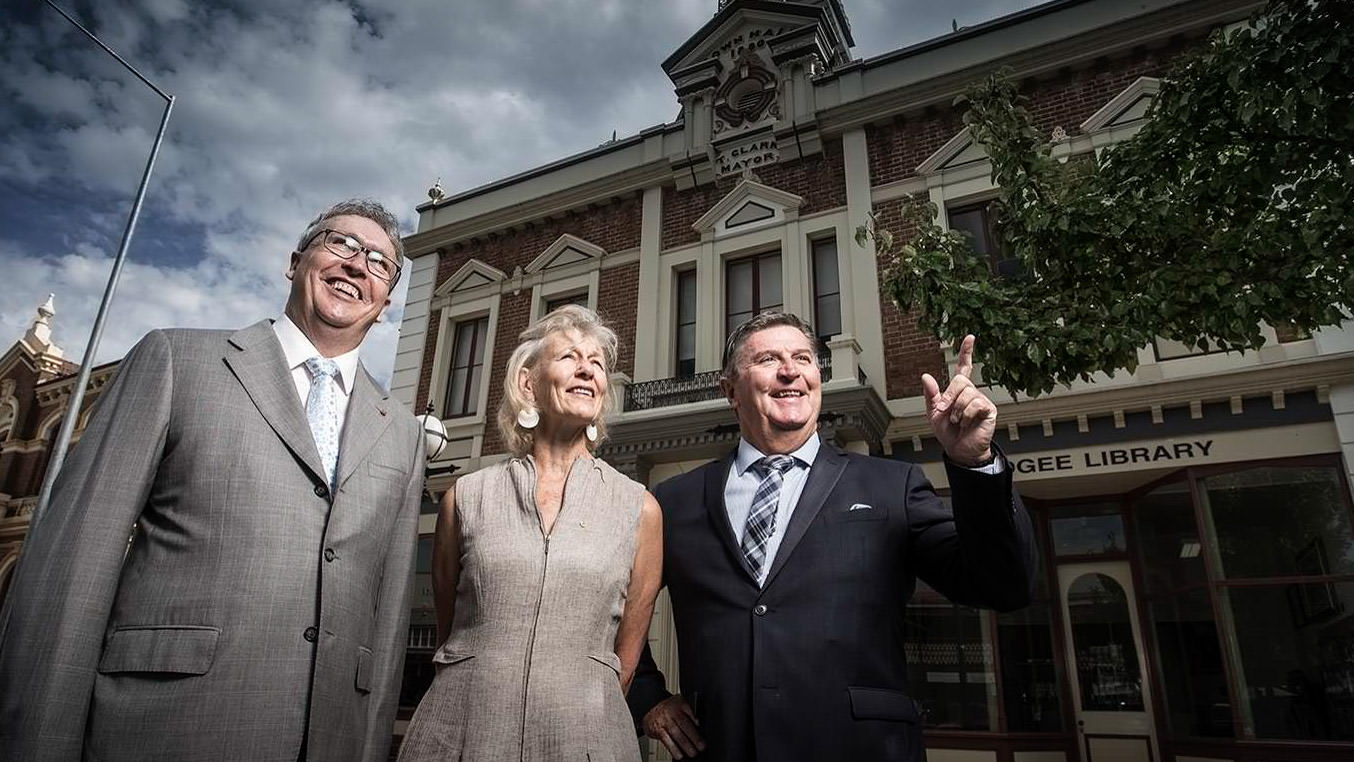 With her passion for mathematics and the economy, Ms Broadbent forged a career in banking and finance. She was not offered the role at Shell but instead began work at the Reserve Bank of Australia, as an economist. Thirty years later, she would return as a member of their board.

Ms Broadbent has been on the boards of some of Australia's top companies, including Woolworths Limited and Macquarie Limited. She has also served as a Director of Coca-Cola Amatil, Woodside, Qantas, and Westfield, among others. Between 2011 and 2017, Ms Broadbent was inaugural Chair of the Clean Energy Finance Corporation, a role that placed her firmly in the centre of the nation's energy wars.

In 2009, she joined UOW as Chancellor. Looking back on her career and her time in business, Ms Broadbent says that gender equality has improved since she was taking the tentative first steps as a graduate. A supporter of quotas, Ms Broadbent personifies the notion that you can't be, what you can't see.

"Gender equality is improving. I think there is an improvement in the attitudes of society, but women still struggle with the idea of whether they are the right person for the role," Ms Broadbent says. "But if you are looking at what we are doing in iAccelerate [at UOW], there are far greater opportunities for female talent and for women in business than ever before. Forty seven per cent of the start-ups at iAccelerate have a female principal.

"When I was working as a minority in the workforce, it didn't take long to recognise the benefit that I brought in having a different perspective and experience. Many homogenous workplaces want that difference but they can't open their eyes without a catalyst. 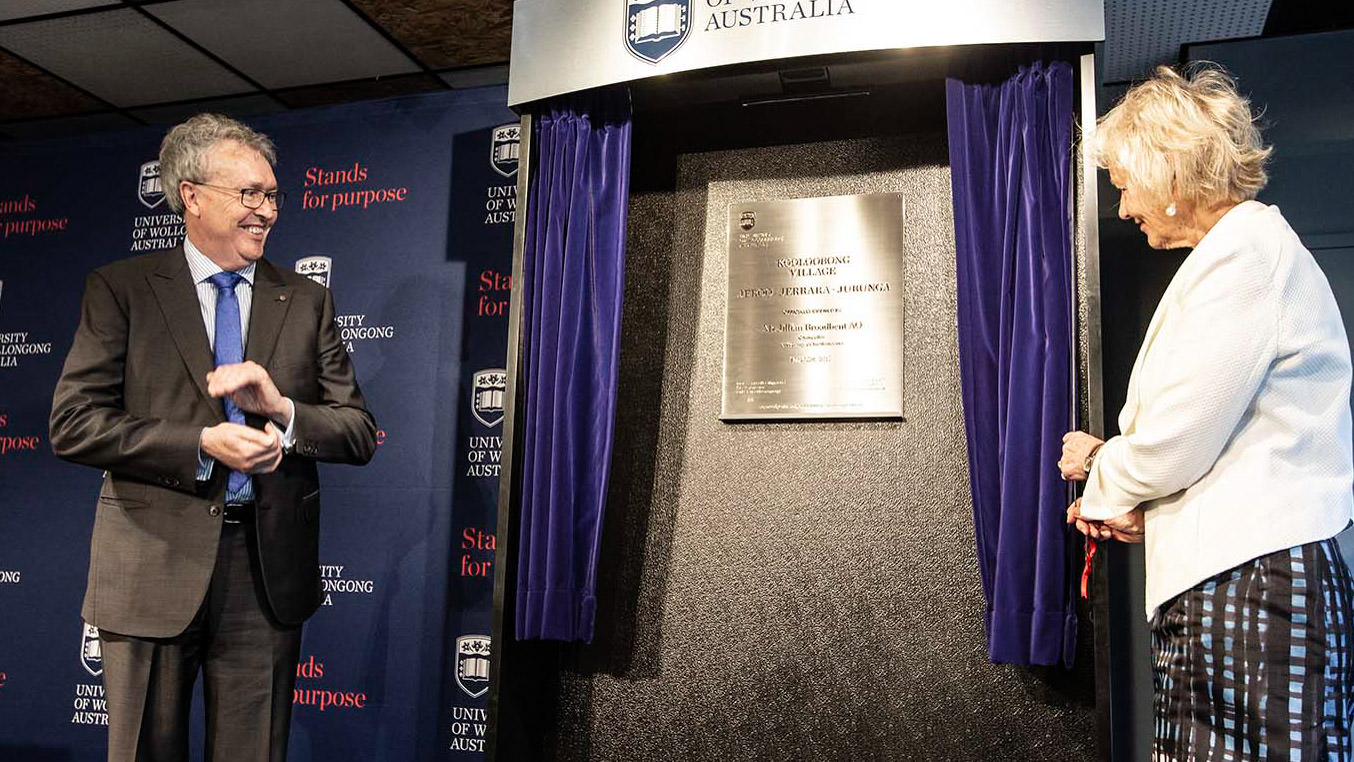 "If I were looking at it from an economical perspective, since the 1960s female participation in the workforce has always fuelled the growth of the Australian economy. We have to maintain that encouragement and build on that participation."

Her drive to champion women in the workforce, and indeed her commitment to helping others, has been recognised across both the business and higher education spheres. In 1987, she was awarded Qantas/Bulletin Businesswomen of the Year. Just last year, in 2019, Ms Broadbent received a Companion to the Order of Australia in the Australia Day Honours List, for her leadership and outstanding contribution to the University.

Throughout her life, Ms Broadbent says there have been many people she has admired for the way they have conducted themselves. She believes firmly in those who have "the courage to stand up to a situation you want to challenge. It takes courage to make a change and speak up, both publicly and privately, rather than sit there and fume".

Ms Broadbent recently appeared on the ABC's Q+A, where as part of a Panel of Wisdom, she spoke about what lies ahead for the younger generations. Job security, the economy, employment opportunities for new graduates have all been impacted by the COVID-19 pandemic, but Ms Broadbent believes there is great promise in the youth of today and in the role that universities both have to play in that future journey.

"You have to have hope on both the big things and on little things. I think we will get through this COVID crisis. It's probably going to be a bit more like a marathon than a sprint, but I think we'll get through it. I have hope about our health, and a vaccine, and our universities are doing extraordinary research around this. My experience with the university always encourages hope, because we're so creative, through the research and the intellectual infrastructure that's there," she told Q+A. 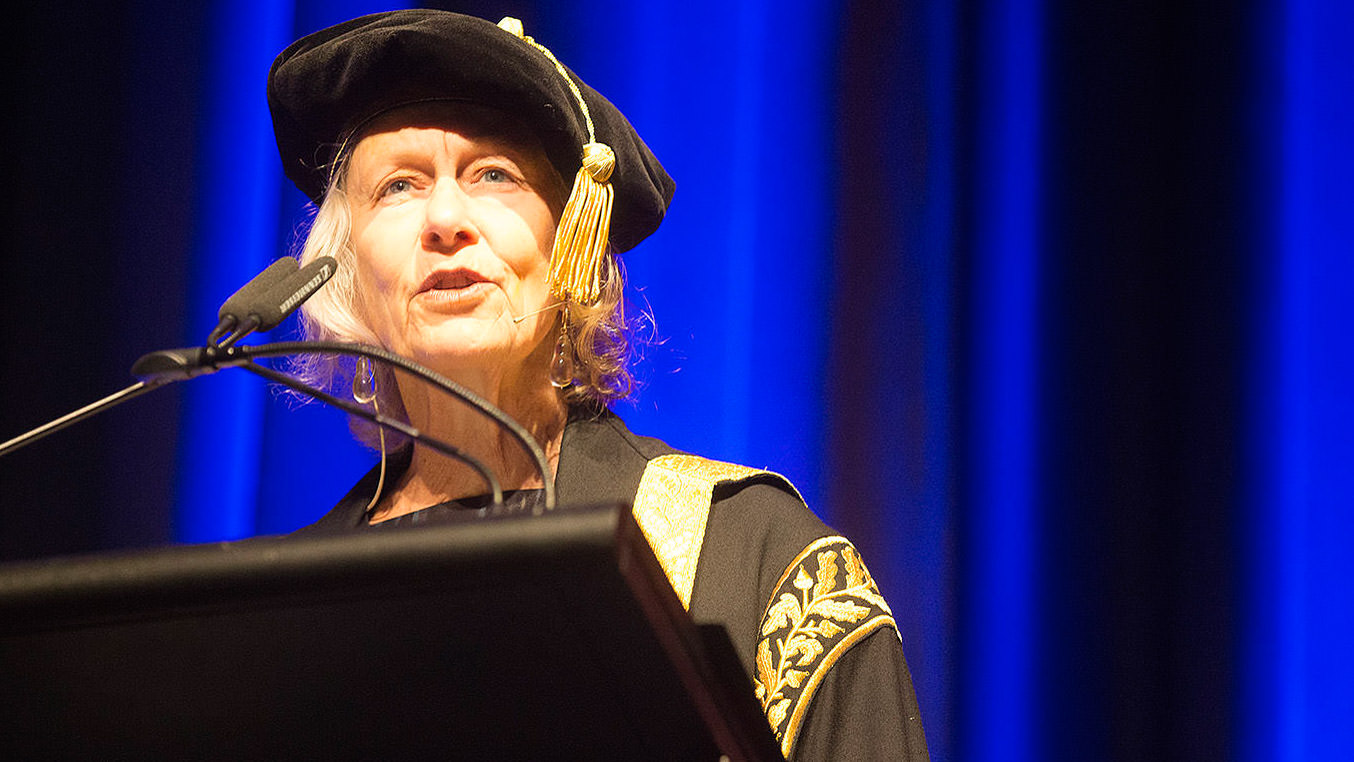 There are more opportunities than ever before for graduates to be innovative and nimble, to forge their own path and create their own company. The days of a job for life are largely gone.

The importance of our younger generation has been at the forefront of Ms Broadbent's mind during her time as Chancellor of UOW, a role that has seen her oversee countless graduation ceremonies. She shares in the successes of UOW's alumni and students, and says one of the proudest moments of her time at the University was seeing Team Illawarra Flame Tree take out the Solar Decathlon in China in 2013.

Each year, Ms Broadbent has been on the panel to help decide the winner of the Robert Hope Medal, UOW's top student prize awarded to an individual who shows both academic aptitude and community spirit.

"Seeing the candidates for the Robert Hope Medal has always been so uplifting, to see the impact that young people are making. It is amazing what they can do if they want to achieve." 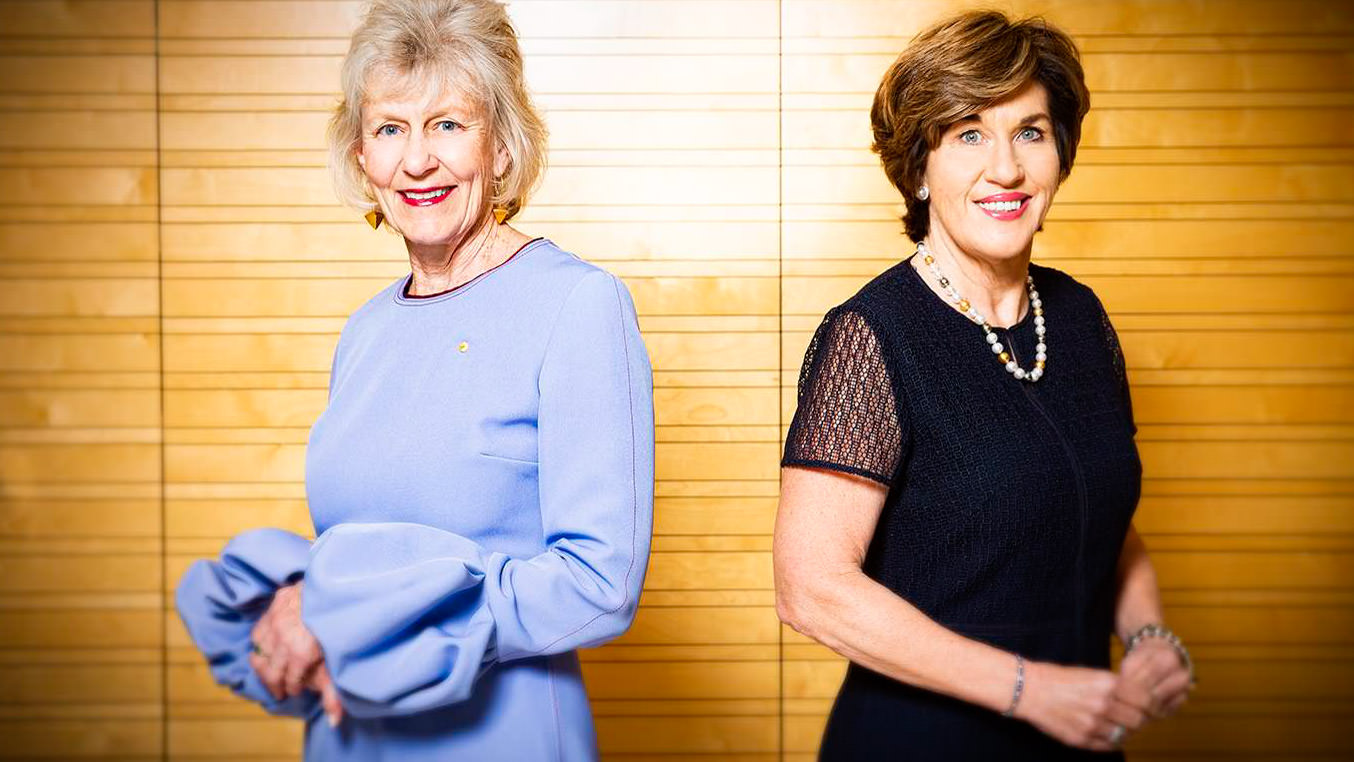 In regards to her own achievements during her time at UOW, where she has served as both Chancellor and Chair of the University Council, Ms Broadbent says she is proud of the incredible research facilities and infrastructure that has been put in place during the last 11 years, such as Early Start, SMART Infrastructure Facility, Global Challenges Program, and the Bachelor of Arts in Western Civilisation, in partnership with The Ramsay Centre for Western Civilisation.

"UOW had very strong foundations and a strong focus on both teaching and learning, and research. The environment that UOW has been operating in has changed, but the University has remained focused. We have always had a very good story to tell," Ms Broadbent says.

"I am constantly delighted by the achievements of our academics and our graduates.

"We have a very good reputation in teaching and learning and quality research, we just need to sustain the momentum."

UOW Vice-Chancellor Professor Paul Wellings CBE says that Ms Broadbent has made an immense contribution to every aspect of the University.

"Chancellor Broadbent has provided outstanding leadership and governance of the University over the past 11 years," Professor Welling said.

"Chancellor Broadbent takes real pleasure and pride in the academic and research achievements of both staff and students. Her passion for her work and her contribution to the community are an inspiration to us all.

"She has led the University Council with great strength and sound judgement, provided wise counsel and support, and has performed her ceremonial duties with grace, charm and warmth.

"On behalf of the UOW community, I want to thank Chancellor Broadbent for her commitment, dedication, and guidance, and congratulate her for the role she has played in helping to make the University a world-class institution." 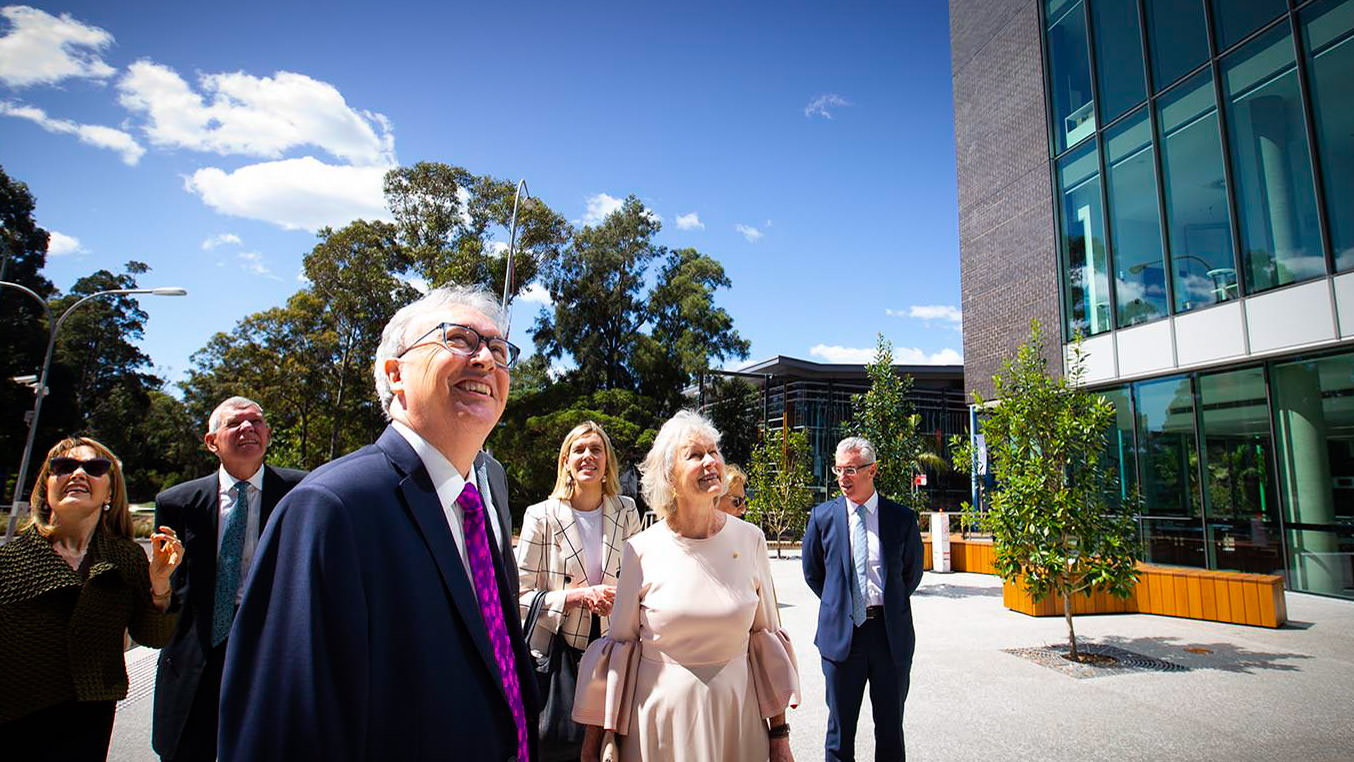 On a personal level, Ms Broadbent's enjoyment in her work has always been balanced by a love of the arts. An avid reader in her downtime, with a penchant for fiction, Ms Broadbent also loves theatre, music, and visiting art galleries. Although the pandemic has curbed her ability to do any of those activities this year.

Ms Broadbent has served on the boards of SBS, the National Portrait Gallery, Sydney Theatre Company, the National Institute of Dramatic Art, Sydney Dance Company, and was a founding director of the Australian Brandenburg Orchestra.

It is, she says, very rewarding to use her finance skills across multiple fields. Being involved in arts organisations has also enabled Ms Broadbent to contribute to an industry that brings her great joy. 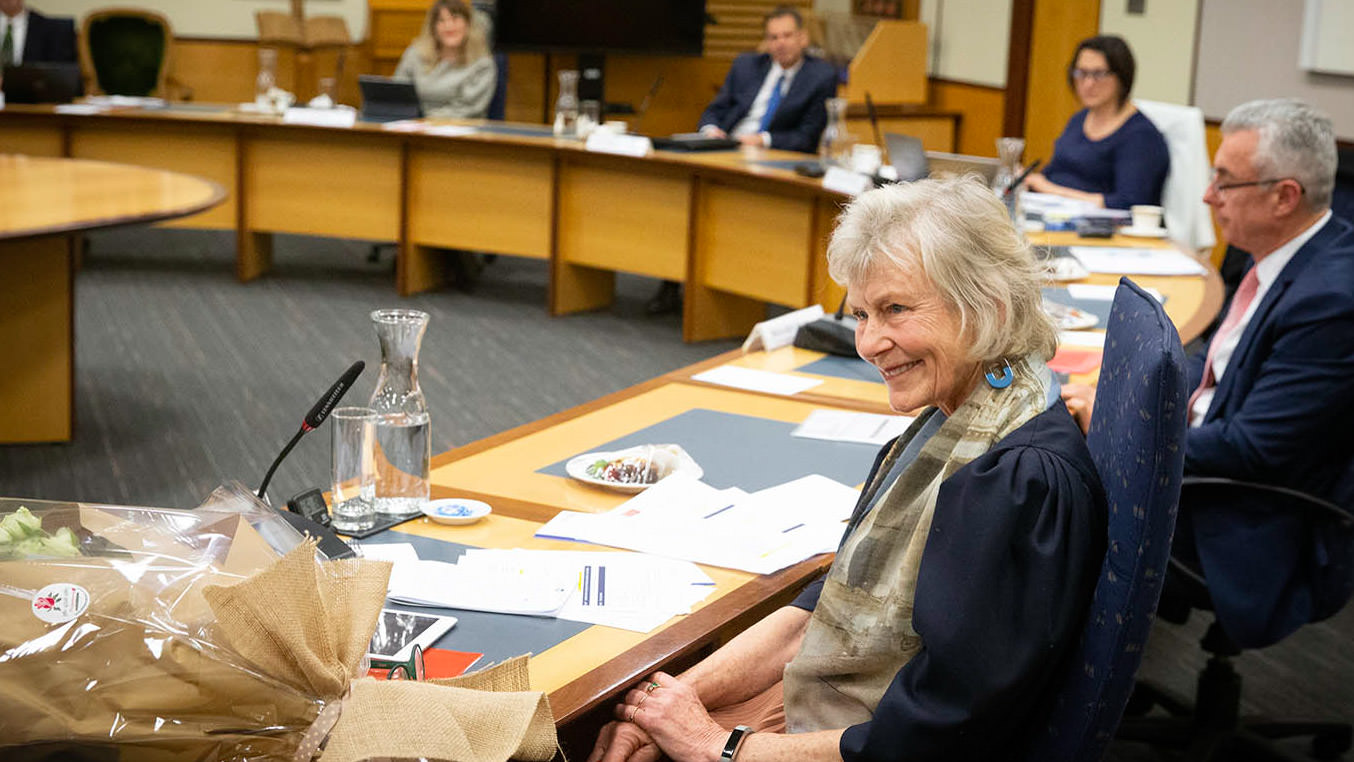 Chancellor Jillian Broadbent at her last meeting of the UOW Council in 2020. Photo: Paul Jones

"I consider myself very fortunate to have been invited to join these boards. I wanted to do it because I love the art form, but they invited me because I brought the financial discipline," Ms Broadbent says.

"It is important that people take their skills and don't become a barbarian of specialisation. It is very good to develop your skills and then look for a wider application, otherwise you can become very single minded."

She will have more time for the arts, as well as her hobbies of bushwalking and tennis, once she hands over the reins of Chancellor.

So, with the end of her tenure at UOW on the horizon, what lessons has Ms Broadbent taken from her time at the University?

And what advice can she offer those about to make their own way in the world? 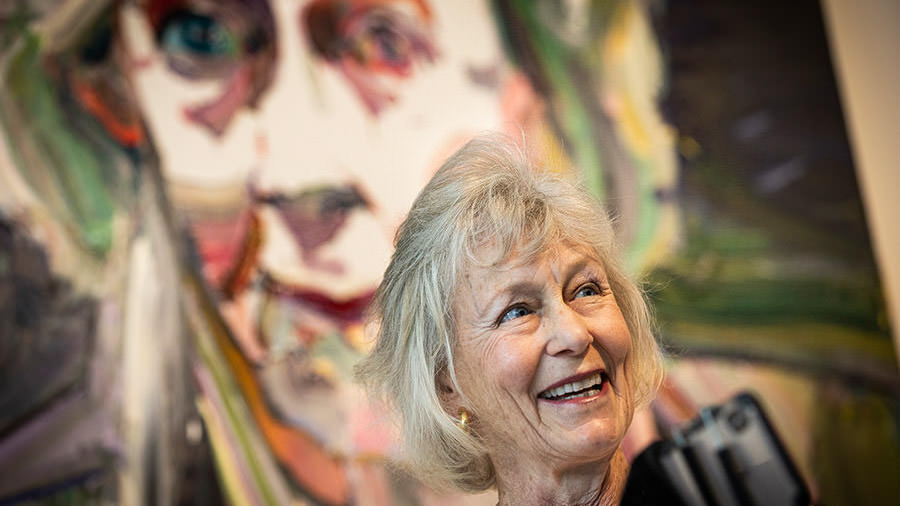 Chancellor Jillian Broadbent with her portrait at the opening of the Social Sciences and Arts Building. Photo: Paul Jones

"My own lesson and my own journey have been recognising the impact you can have in working with others and in contributing to issues you believe in," she says.

"I would encourage young people today to keep their eyes open to learning. Work out how you get along with others, learn about the human environment that you're working in and want to impact. These are informal learnings but you should also continue to learn in a formal capacity, which has been made so much easier these days with online courses and technology.

"It is so important to always keep your eyes open to the possibility of learning about others and about your field of work."