The rise of the influencer

How savvy social media users are cashing in on new trends in marketing.

The use of influencers in marketing is not a new thing.

From celebrities pushing everything from perfume to superannuation products, the use of influential people in marketing campaigns has long formed an integral part of brand campaigns.

But while traditional influencer marketing campaigns have focused on movie stars, sporting heroes and supermodels, the trend has shifted in recent years to focus on a new breed of influencers.

More than 800 million people use Instagram each month, with the numbers expected to exceed one billion in 2018. A growing number of savvy users have realised the lucrative market that exists in the Insta-world and are using their spare time to cash in on the trend - with some transitioning their social media hobby into a full-time income.

"It's a known fact that social media as a promotional tool is definitely on a dramatic rise compared to traditional tools, which are declining," says Dr Thomas Lee from UOW's Faculty of Business.

"Businesses are able to gain real-time insights into how they are performing and what customers want; they can measure effectiveness with real-life data, how many clicks are being generated, length of time on page and whether customers are proceeding further.

"We're also seeing businesses and brands tapping into the social media market through smaller players, shifting the focus away from the major celebrities and onto the likes of the stay-at-home-mum or food blogger." 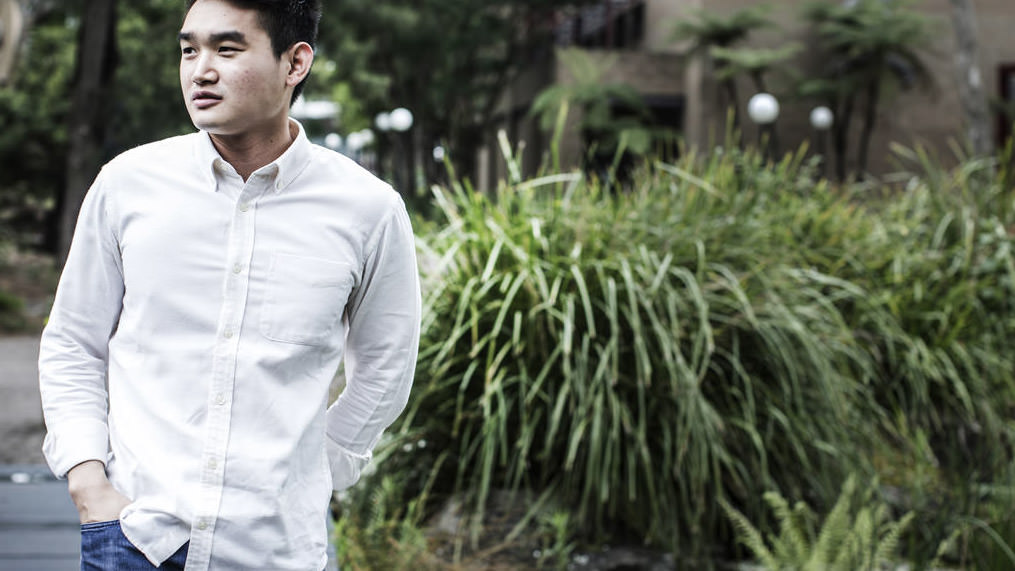 The power of influence

"Micro-influencers can give brands more bang for their buck," Dr Lee says.

"When it comes to things like advertising fast-moving consumer goods, a micro-influencer reaching out to their small - but not insignificant - audience can seem more like a product recommendation from a friend, which is exactly what a lot of brands want to cash in on."

Tech platforms such as Tribe Group are making it easier than ever for influencers to connect with brands, providing an online marketplace that allows a simple two-way exchange: brands post a campaign brief and influencers submit content for approval - with a price attached.

One of Tribe's most successful influencers is Rebecca Gawthorne of @nourish_naturally. A UOW alumna (Bachelor of Nutrition and Dietetics), Rebecca works full time as a media dietitian, balancing content creation and management of her social media channels with media appearances.

Her Instagram page is flooded with beautiful imagery comprised of the food she eats, workouts she does and snapshots of her life on Sydney's beaches.

Over the past four years Rebecca has amassed a following of more than 145,000, starting from small beginnings with just a handful of friends and clients following her for her healthy recipes and photos of nature.

She relies on attractive imagery to draw people to her page, but believes her qualifications and expert advice on food and nutrition is what keeps people following.

"I am an Accredited Practising Dietitian, Accredited Nutritionist and a member of the Dietitians Association of Australia, which gives my posts credibility," she says.

Rebecca received First Class Honours for her research conducted at the Sydney Children's Hospital, which was published internationally, and has worked with the Royal Flying Doctor Service as "The Flying Dietitian", providing nutrition advice to rural Aboriginal communities.

Dr Lee says credibility can play a huge part in distinguishing an influencer from the crowd.

"This comes down to not only professional qualifications, but also the life experiences of the influencer and how passionate they are about a topic," he explains.

"People want to follow someone who is relatable to them, but who also has something to add in terms of credibility - for example a guy who works a 9-to-5 office job but still manages to go to the gym and stick to their nutrition.

"They provide relevance and you're able to internalise their values."

Relatability is the driving factor behind UOW alumna Steph Pase's success in the land of Instagram.

She created the account Just Another Mummy Blog in mid-2016 just weeks after giving birth to her first child as a way to share her experiences and swap tips with other mothers.

"I wanted to connect with other mothers for advice and to have people that could resonate with the experiences I was going through as a first-time mum," she says.

With a Bachelor in Media and Communications (Journalism) from UOW under her belt and qualifications in makeup artistry and fitness, Steph has found an audience of more than 20,000 to connect and interact with.

"I love creating content that actually helps people or makes mothers feel less alone in what they are going through."

"I didn't expect it to grow so dramatically over the past year or so, but I think being consistent with posting content and being genuine has allowed me to grow my platform organically."

In March 2017, Instagram announced the platform had more than one million monthly active advertisers, up from 200,000 the previous year. In November Instagram celebrated its community of 25 million businesses, up from 15 million in July.

Dr Lee says one of the key challenges for brands in the world of micro-influencer marketing is finding the right fit.

"It's about managing the fit between what your brand stands for and also what the person [influencer] stands for," Dr Lee says.

"This is especially true in the case of micro-influencers, who have such a potent influence over their audience."

In Rebecca's case, having strict criteria for brands she works with ensures the level of trust between herself, her audience and her clients (brands) is never compromised.

"I am very selective with who I choose to work with. I am all about health and nourishing our bodies naturally with real, healthy, nutritious foods, so all of my content aligns with this," she says.

"I don't believe in fad diets, restrictions or quick fixes with diet pills, so I wouldn't work with any brands promoting that."

Dr Lee believes influencers need to manage themselves as a brand and generate authentic content that aligns with their values and lifestyle.

"They engage with their followers on a daily basis and build a solid foundation of trust - if they see a cheque being pocketed for promoting a product that doesn't get used, that will be a huge blow to the credibility of the influencer as well as the brand," he says.

"Influencers are essentially role models to their followers, so although there's money to be made doing social media promotion for commercial purposes, it's really important that the influencer is acting in an ethical manner."

Steph's approach to working with brands is simple: if she doesn't love the product she is being asked to spruik, she won't endorse it.

"At the end of the day, if I'm putting my name to a product or service I have to believe in it - and I won't go near brands that don't resonate with me," she says.

"I have also learnt to set my standards and dictate what I feel posting on my platforms. I have spent so much time and effort on my social media platforms and I believe it should always reflect my personality, style and beliefs."

The road to transparency

In March last year (2017), the Australian Association of National Advertisers (AANA) amended its Advertiser Code of Ethics, requiring social media influencers to be more transparent about posts that were sponsored as well as any commercial connections.

Although the AANA code covers all social media platforms, the association is self-regulated and any penalties would have to come from the Australian Competition and Consumer Commission (ACCC) for breaching Australian Consumer Law (ACL).

"There are some real grey areas in consumer law when it comes to influencer marketing," Dr Lee says.

"Some influencers will choose to #ad or #sponsored, but this isn't something that's happening across the board."

In June 2017, Instagram launched the "Paid partnership with" tag, allowing some influencers to disclose their commercial relationship with brands. The feature is currently not enforced and there are no hard-and-fast rules about how the tag is to be used.

The grey area also extends to influencers who are sent products for free - without any stipulation from the brand that they must post comments about the product on social media - as they are not required to disclose anything.

Steph and Rebecca both agree that authenticity is the key to growing a large following online.

"My advice to someone looking to stand out in the blogging world would be to go for it and to make sure you believe in what you are blogging and posting about - but also be aware that if you are giving out advice, you need to be qualified to do so," Rebecca says.

Steph says finding your niche and asking yourself what sets you apart from everyone else is crucial.

"It's important to not compare yourself to other bloggers and what they are doing - be consistent and realise it's not an overnight thing! It takes countless hours and even years to build up a loyal audience."