A career forged by fire

A journey from joining the Heathcote Rural Fire Brigade to completing a doctorate - all for the love of nature.

Robert Sawyer’s 35-year journey from horrific burns to PhD graduate testifies to a tenacity that can’t be broken down.

It's around 9am on January 9, 1983. A fire is burning in a pocket of the Royal National Park between Loftus and Grays Point on Sydney's southern fringe. Records say the area hasn't burned for more than 15 years.

The fire burns from east to west. Robert Sawyer, a 20-year old Deputy Captain, is part of a crew from Heathcote Rural Fire Brigade who are dispatched with neighbouring brigades to patrol the area around Anana Hill.

Their job is to keep the trail open so other crews can backburn and put out spot fires that might flare up across a plateau dissected by gullies and small creeks. Maybe the fire will keep burning slowly and can be diverted toward the Hacking River. Away from homes and the school at Grays Point.

By early afternoon temperatures are more than 40 degrees and winds are around 35 km/h. The wind shifts direction slightly, enough to cause concern to senior operations command, and records show crews are ordered off the hill.

Robert and his crew are still on the ridge. In the time lost getting the order and packing up their hoses and unknown to them, the fire has jumped the trail and split into a gully to their north, cutting off their planned escape. They're trapped between the approaching flank and the new front burning up the slope to their rear.

The crew move the tanker onto flat ground in a small clearing and frantically try to burn around the truck for protection.

"All of a sudden there was this large roaring sound and a searing wave of heat coming from the north and this wall of flame crested the ridge we were on," Robert recalls. "Simultaneously, the tanker stopped running, the water pump stopped running and things got pretty ugly, pretty fast."

"All of a sudden there was this large roaring sound and a searing wave of heat coming from the north and this wall of flame crested the ridge we were on."

The tanker won't start and what would have been their point of refuge is now ablaze. Jerry cans of fuel are exploding like fireworks - "Roman candles" is how Robert describes it - and the main fuel tank is alight.

In a few short minutes, the crew will be overrun. Robert is looking for shelter and spots a hollow. He tells the other crew members to shelter there as best they can. He finds another little ditch and tries to push sand up around him for cover.

His helmet catches fire and he throws it as far as he can. It's his final memory before he loses consciousness next to his pile of sand.

"When I came to it was eerily quiet and I looked around where I got the others to shelter and there was no one there. It was a black, smoky, ashy world."

He finds one colleague and tries to carry him down the hill but can go only so far. He recalls at that point watching the skin peel off his own face and hands. By day's end, three firefighters are dead and six are seriously burned, including Robert. 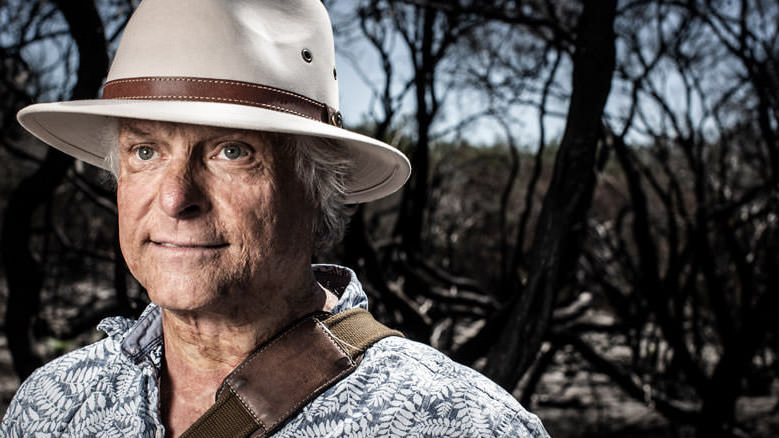 Robert Sawyer was badly burned on January 9, 1983 when bushfire overran him and his fellow firefighters. Photo: Paul Jones

For the love of nature

He'd joined the Heathcote Rural Fire Brigade in 1978, partly because the experience would count towards becoming a National Parks ranger and partly because out of the sense of community that comes with growing up on the edge of the Royal National Park.

The events of January 9 1983 left him legally blind and with physical limitations from his injuries. He decided to finish his education, returning to his love of ecology but vowing he wouldn't do a doctorate that had anything to do with fire.

Yet this week (31 October 2018), the-now-Dr Robert Sawyer is celebrating his graduation and completing his PhD, which examined the impact of fire on carbon stocks in forest soils. It's an important contribution into the relationship between fire, climate change and carbon sequestration. He'd eventually completed his undergraduate and honours in botany and ecology.

Also in cap and gown was his wife, Carol Sawyer. She celebrated graduating a Master of Education, making it her second masters degree.

"For me fire safety has always been a planning issue about preparedness of people, properties and assets in the fire interface. I suppose that's what's always drawn me back in via research."

"I got through although my rate of progress was slowed by having to adapt to my new circumstances of being legally blind, with very limited dexterity and mobility issues and just generally still trying to rebuild my overall health and wellbeing."

An offer to do a PhD in Darwin worked for a time, but when his then-supervisor took on a new role, they put out feelers in the NT and in NSW for someone to work under. Robert and his supervisor both came back on the same day with different potential supervisors for the same project that was being run out of Darwin and Wollongong.

One of those was Ross Bradstock. Robert would end up working in fire ecology again, which he admits he had mixed feelings about, but it ultimately combined his interest in environmental chemistry with ecology. 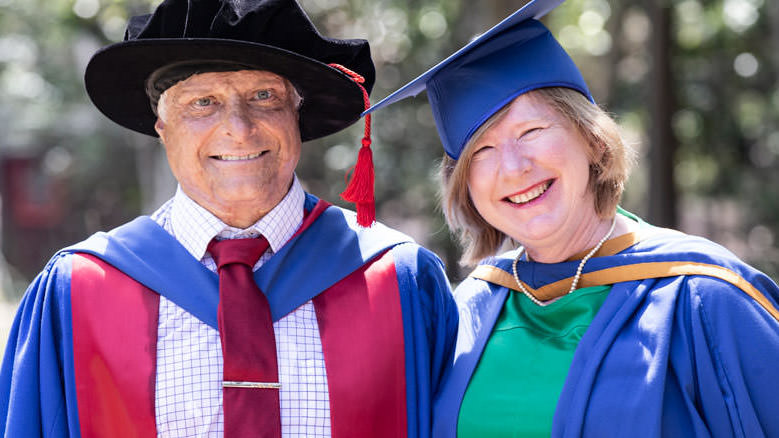 Robert and his wife Carol both celebrated their graduation on the same day. Photo: Paul Jones

Working under Professor Bradstock, now Director of the Centre for Environmental Risk Management of Bushfires, Dr Sawyer was keen to look at the popular idea of using fire to improve carbon sequestration. The general idea being that the impact of burning would be offset by the combination of regrowth of aboveground vegetation and an increasing pool of hard-to-break-down carbon (pyrogenic carbon) stored in the charcoal.

Carbon not broken down isn't consumed by vegetation and re-released in the air. So not only could burning regularly protect life and property, it might be a useful tool to slow carbon release and ultimate, climate change.

As attractive as that sounds, Dr Sawyer's work has spoiled the party somewhat. He studied prescribed burning, wildfire and the effect of fire over time, not just single events, to understand the varying impacts on carbon. He found the fraction of pyrogenic carbon remains relatively constant.

"We’re talking about big shifts in carbon storage pools related to fairly small shifts in temperature ... It all comes back to controlling human carbon emissions."

On top of the finding that fire can't be used to harvest the benefits of the carbon cycle as a climate change mitigation tool, Dr Sawyer says there's a negative feedback loop between rising temperatures and increasing aridity, which will reduce the overall ability of the ecosystem to hold carbon.

"There could be a pronounced effect in places like the high Blue Mountains where winter temperatures are likely to be retarding soil respiration rates. Carbon moves from the growth into the soil but the cold winters retard its breakdown.

"If we get a couple of degrees of winter warming those respiration rates will be higher. So the turnover of carbon in the soil will be higher and that storage effect will be diminished, something in the order of up to 20 per cent difference.

"We're talking about big shifts in carbon storage pools related to fairly small shifts in temperature and very negligible shifts by anything you can do with the fire regime. It all comes back to controlling human carbon emissions." 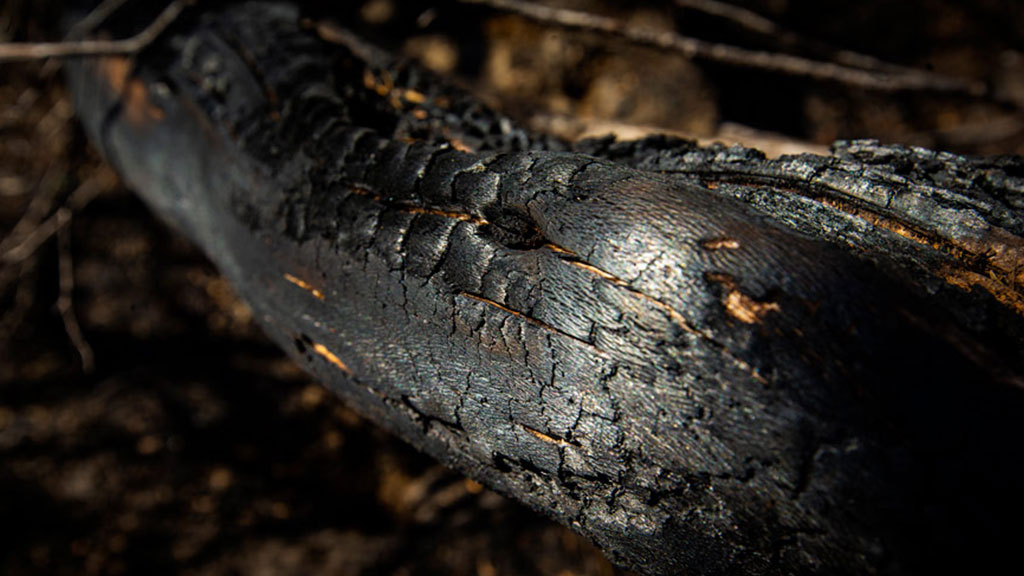 Dr Sawyer's detailed reading of decades of literature on the subject and sophisticated data analysis of hundreds of samples taken across the Sydney region speaks to his tenacity to find a way to do the work.

"My PhD is done and it's a huge relief but there's been an army of people involved," Dr Sawyer says.

His vision impairment made the day to day work involved in a PhD infinitely more difficult. Over the years he's had a team of people helping to process data, reading to him, looking up databases that are difficult to use for vision-impaired people and helping with all manner of work most people would take for granted.

"I could sit in the corner and do nothing. Or I can use my brain to improve the knowledge in fields that I’m interested in or passionate about. I chose the latter."

"I basically have to talk someone else through [the data processing] and hope they push the right buttons for me. Fortunately, I've had a very good people to work with within the unit there at Wollongong.

"I've got an email open on the screen and I am probably looking at one tenth of the page at any point in time. I have to scroll around it and it's hugely visually exhausting. I can't sustain reading off the screen for more than about 10 minutes."

Dr Sawyer says he's tried using technology, like screen readers, but even the most expensive version degenerate into "gobbledygook" when they encounter scientific language and formulae.

"You have to develop some pretty intensive listening skills and then retain that information somewhere that you can go back to and find relatively easily. There's a huge level of dependency in achieving all of it." 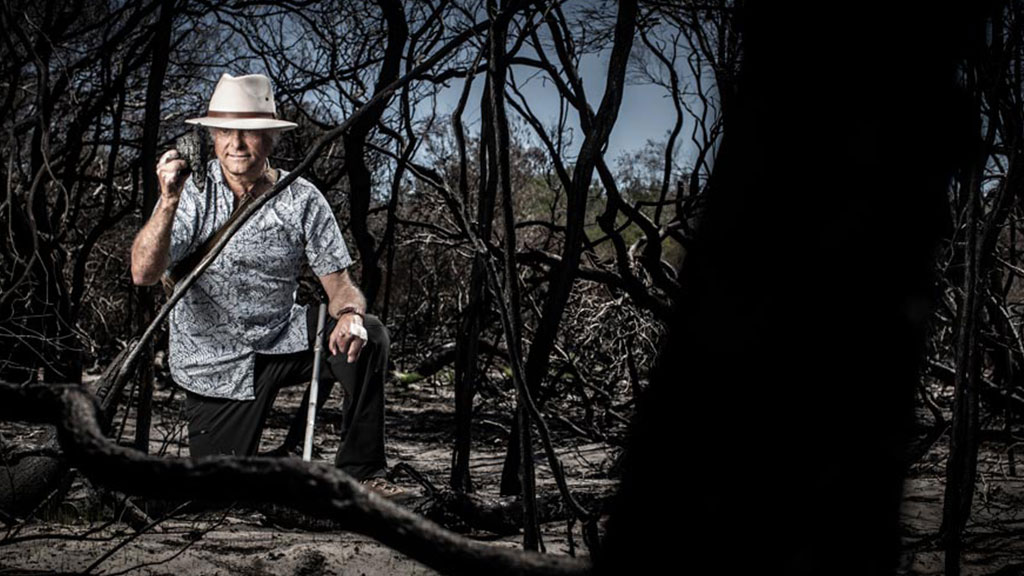 Research supervisor Professor Ross Bradstock said Dr Sawyer's journey was a "phenomenal personal achievement" that also had important effects on a wide range of people who have pitched in to help in the field and laboratory.

"Robert is a born raconteur who is at home telling yarns and making fun of himself and others. People enjoyed working with Robert, so that many of the formidable obstacles to progress were overcome with inspiration derived from his determination, humour and enthusiasm," Professor Bradstock says.

"This not only enabled Robert to complete a complex and demanding project, but also enabled him to display and develop considerable personal leadership skills. Robert's graduation is not only a tribute to his own tenacity and intellectual achievements but also a celebration for the wide range of people who have been warmed by the light of his generous personality and his unique life story."

While Dr Sawyer freely ventures the retelling of the events of that day in 1983 doesn't get any easier with time, he says it's important in understanding how things can go wrong in large organisations. Remarkably, he's not bitter.

"For me it's always been a planning issue about preparedness of people, properties and assets in the fire interface. I suppose that's what's always drawn me back in via research. I could sit in the corner and do nothing. Or I can use my brain to do what I can to improve the state of knowledge in fields that I'm interested in or passionate about.

"And I chose the latter."