Building a love of literature

Creating the next generation of bookworms.

Books spark a child's imagination, stoke their curiosity, develop their language skills and provide a window into worlds unknown.

For a child, a book can open a world of possibilities. Climbing the Magic Faraway Tree with Silky, Moonface and Saucepan Man. Catching dreams with the BFG. Embarking on a frightful bear hunt. Standing on Platform 9¾ waiting for the next train to Hogwarts.

But the rumble of technology has become a roar, and it is encroaching further and further into the lives of children. How do we cut through the noise and instil a love of reading in young minds?

Excellent literacy is one of the fundamental life skills we can impart upon children. Dr Elisabeth Duursma, from the University of Wollongong's Early Start Research Institute, is one UOW academic approaching the concept of childhood literacy from a novel angle. Elisabeth, who joined UOW last year via the Netherlands and Boston, focuses on the role of fathers in developing a child's literacy and love of books, an area that has typically been overlooked in favour of the mother.

It is a personal labour of love for Elisabeth, whose own father was instrumental in developing her passion for reading.

"My father left school at 16 to start his first job. He never got a college degree, but if he had gone to university, he would have studied literature. He loved words and language, in particular poetry," Elisabeth wrote in an opinion piece for the Sydney Morning Herald last year. "My father devoured books and would read to my brother and me every night. To this day I am grateful for the love of books and words he instilled in me and my brother." 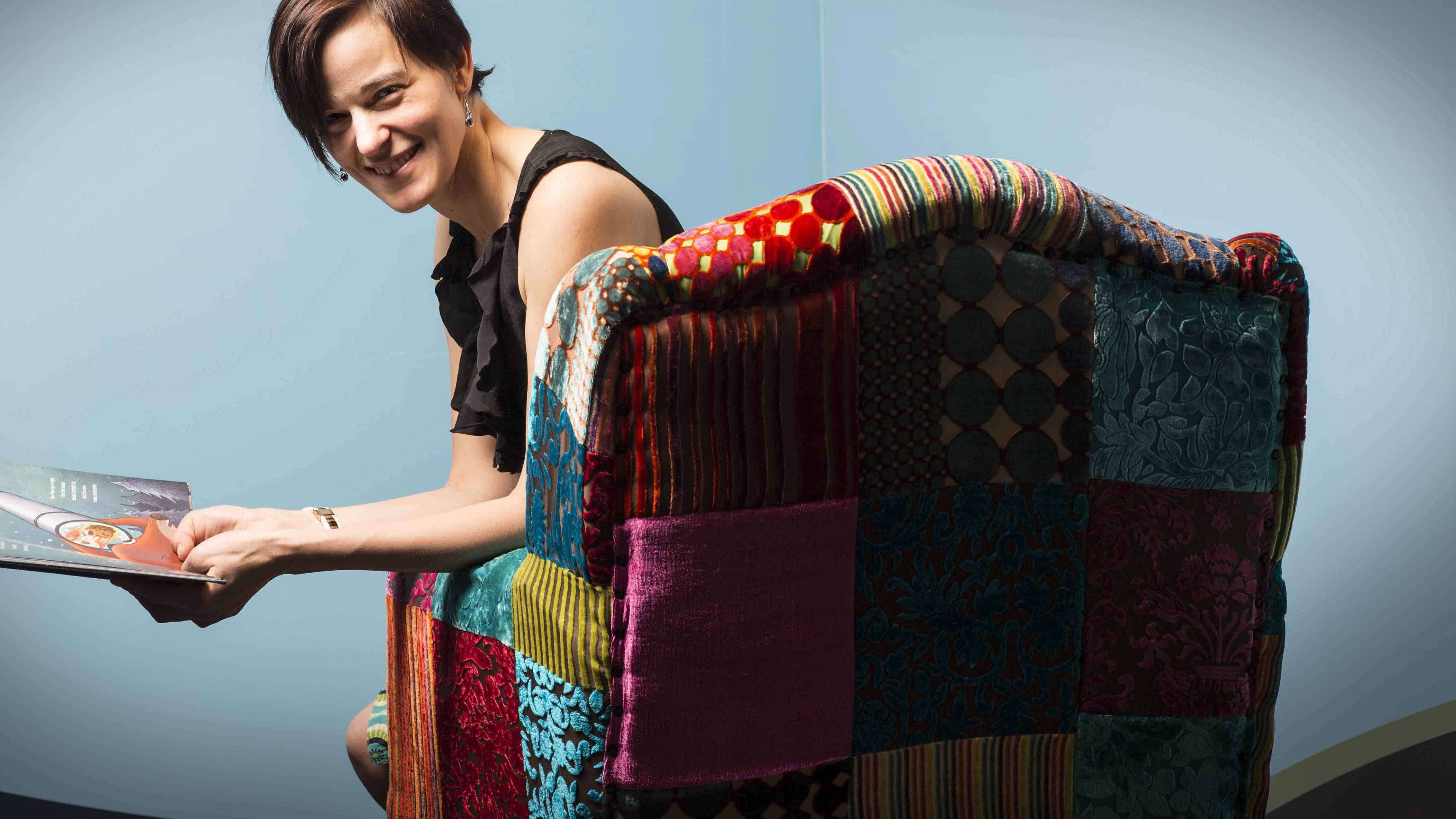 It was this early influence that ignited Elisabeth's interest in childhood literacy. However, it was during her first years as a researcher that her sense that fathers had more to offer when it came to developing a child's literacy skills was cemented.

A number of years ago, while based at Harvard's Graduate School of Education, Elisabeth was involved in a project collecting data from low-income families in rural Vermont, in the New England region of the United States. Elisabeth's role was to interview the mothers. However, when she invited the fathers to also be involved, she found they were incredibly reluctant to share their experiences or views on their children.

"They were very low-income families. There were a lot of trailer parks," Elisabeth recalls. "It was really interesting because I would be interviewing the mums and I could see a dad in the back, and I would ask if they'd also like to be interviewed and they would say 'what I do doesn't matter'. I started thinking about that more and more and realised that no-one was really interested in the father's role. But I was. We had data from 800 men from low-income families from all over the US, so I began investigating that data and it became the basis of my thesis."

Elisabeth says the perception that reading to a child is a mother's job is deeply ingrained. Men now are encouraged to take an active role in their children's lives; pushing the pram, taking kids to the park, even forgoing work to look after a child on a regular basis is much more acceptable than it was a generation ago. However, reading to children is still viewed as a female-orientated activity. But, Elisabeth says, once that barrier is broken down, the benefit to both the child and the father is immense.

"There is such a stigma, particularly among low-income families, that men are not involved in those aspects of children's lives, that they're in prison, they don't care, but that's not what I've found at all.

"I see book reading as a measure of a dad's involvement. Men think they've got to do the physical play, but not all men like that. My father wasn't like that. We've got to get past that stigma and show that it's good for men to sit with their children and colour, or read, or do the things that are seen as a mother's job. And we have to give credit to those dads who do that."

Elisabeth's study of 800 fathers from low-income families in the US who read to their children found that it had a direct and positive impact on a child's language development a year later, and two years later on their literacy development. Conversely, a mother reading to a child had minimal impact on their development.

How to explain this vast disparity between the sexes? It all comes down to the way the father tells the story. Elisabeth says men use much more complex language and take an abstract approach to their interpretation of a story. For example, if a ladder is mentioned in a book, a father will remind the child of the last time they saw or used a ladder in their work.

"Women are teachers," Elisabeth explains, "so their approach is much more about fact-checking. They ask the children 'How many apples are there?' or they ask them to name certain colours. Dads have much more of an impact on a child's vocabulary.

"Women are so dominant in the early years of a child's development and often, until a child gets to primary school, they are mainly exposed to women. It's so powerful, especially for boys, to have a dad who reads to you or who is engaged with literacy."

Elisabeth is quick to stress that this does not mean mothers should abandon the cherished activity of reading to their children. Indeed, the act of sharing a book with a child is one of the best things a parent - male or female - can do for their development. And the earlier you begin, the better. Elisabeth, who took books to the hospital to read to her two babies in the days after they were born, says it is best to begin reading to children from a very early age to develop the habit.

"It is so great for a child's development," Elisabeth says. "Start early. From six weeks old, even if the baby doesn't know what is happening they will enjoy the pictures and the attachment.

"Books expose babies to 50 per cent more words than they are exposed to in daily life. When you think about it, how often do you hear words like 'pineapple' or 'giraffe' used on a daily basis? Children have to experience you reading to them and be surrounded by books."

For those children who were not lucky enough to be exposed to the tools of literacy from an early age, Elisabeth is using her research to try a different approach.

Joined by a team of interdisciplinary researchers, Elisabeth is working on a project through UOW's Global Challenges Program to address literacy in low-income neighbourhoods. Focusing on the suburb of Warrawong, the project promotes literacy by exposing primary-aged children to books, signs, logos and artwork on the street that is conducive to and promotes reading.

The idea was born out of similar initiatives that have emerged throughout the world. In the US city of Boston, a project called Raining Poetry has taken advantage of the region's inclement weather, using biodegradable water-repellent ink to stencil poems throughout the historic city. The poems are only revealed when it rains. In Leiden in the Netherlands, poetry is found throughout the city's walls and pavements, its eye-catching design and style belying its impact on the minds of the city's population.

As part of the Street Literacy project, Elisabeth and the team of interdisciplinary researchers have held focus groups with primary school students in Year 2 and 3 to discover what kind of messages they absorb when they move throughout the suburb of Warrawong. The answer is mostly negative, which the academics are working to change by engaging with the public library to improve access and speaking to local artists about such ideas as wall poetry in Warrawong and the surrounding areas.

"We are really trying to get the community engaged," Elisabeth says. "When parents stop reading to children, we need to look at different ways of approaching them. They really benefit from more complex methods of storytelling."

PhD candidate Ika Lestari Damayanti, from UOW's Early Start Research Institute, has extended this concept of complex storytelling into the sphere of language literacy. Her thesis focuses on developing a pedagogical model to teach children English through methods of oral storytelling. It's a passion that grew from a disparity she witnessed in the education system of her native Indonesia.

"In Indonesia, English is not spoken in the community and many teachers cannot speak or use English effectively. But it is a compulsory subject for high school students and it is in the national exam for students," Ika says.

Ika takes traditional Indonesian oral stories, which underpin Indonesian culture, and translates them into English as a way of teaching children the language. She says the fun, interactive nature of the storytelling means the students are motivated to learn, while at the same time being provided with a cultural connection.

"I realised that through storytelling, English becomes relevant. Kids become motivated and actively participate in the stories." 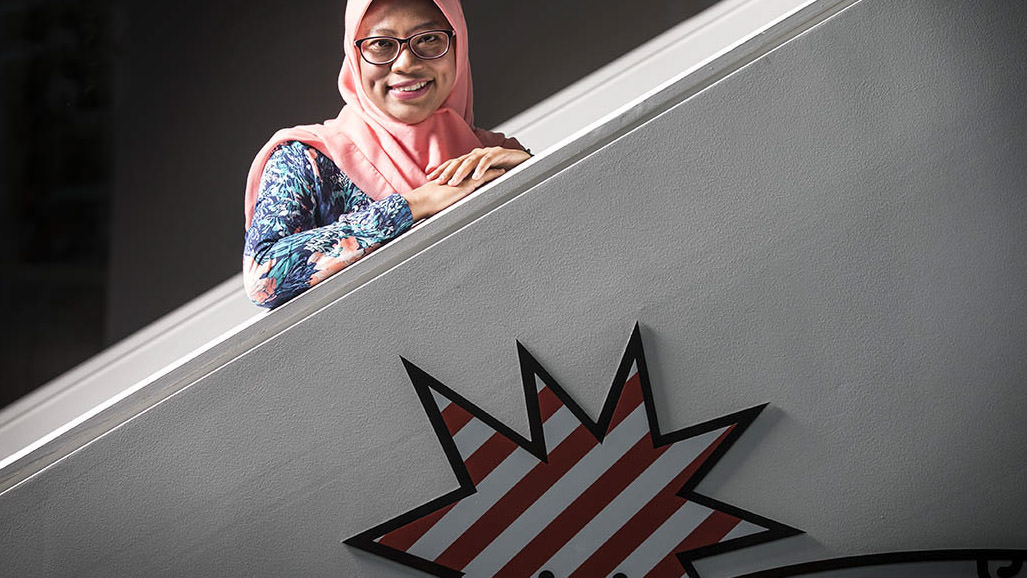 Ika, who taught herself English at the age of 15 by reading - and re-reading - Bram Stoker's Dracula, is motivated by her own love of books and languages, and her desire to open this world up to her students.

"My father was retired from the Army, so we didn't have a lot of money," Ika says. "But I saved hard and I bought Dracula. I loved the story, but I couldn't understand many of the words. I love to read though, so I started learning English based on what I love doing."

Both Elisabeth and Ika believe the key to instilling literacy in children, and the wonder of books, is to engage with them through storytelling. It is about teaching them the power of words to help sustain them as the years pass and the impact of technology and peer groups becomes more prevalent.

"We need to keep them interested in reading and in books, particularly for children from disadvantaged or vulnerable populations," Elisabeth says. "We need to discover what interests them and ensure that reading becomes a lifelong habit."