How Natalie Thamwattana made her mark

A young village girl from Thailand with a passion for mathematics proved that it doesn't matter where you come from, you can change the world.

Ngamta Thamwattana is not one to back down from a challenge. As an Associate Professor at the University of Wollongong's School of Mathematics and Applied Statistics, Natalie, as she is known here, is working as part of an elite group of scientists and mathematicians in nanotechnology, researching the ways in which molecules interact in order to apply this knowledge to improve the design of nanomaterials for technologies, such as the treatment of disease.

Her expertise in classical applied mathematical modelling is helping to unlock the mysteries of biomedical nanotechnology and could pave the way to helping fight disease. But it was as a young girl from a rural village in the south of Thailand that Natalie faced her greatest challenges, becoming not only the first in her family to enter higher education but also one of that country's top academics.

From her very humble beginnings in Chumphon in Thailand, Natalie overcame social prejudice and financial hardship to prove that it doesn't matter where you come from, higher education and life-long learning is not out of your reach. 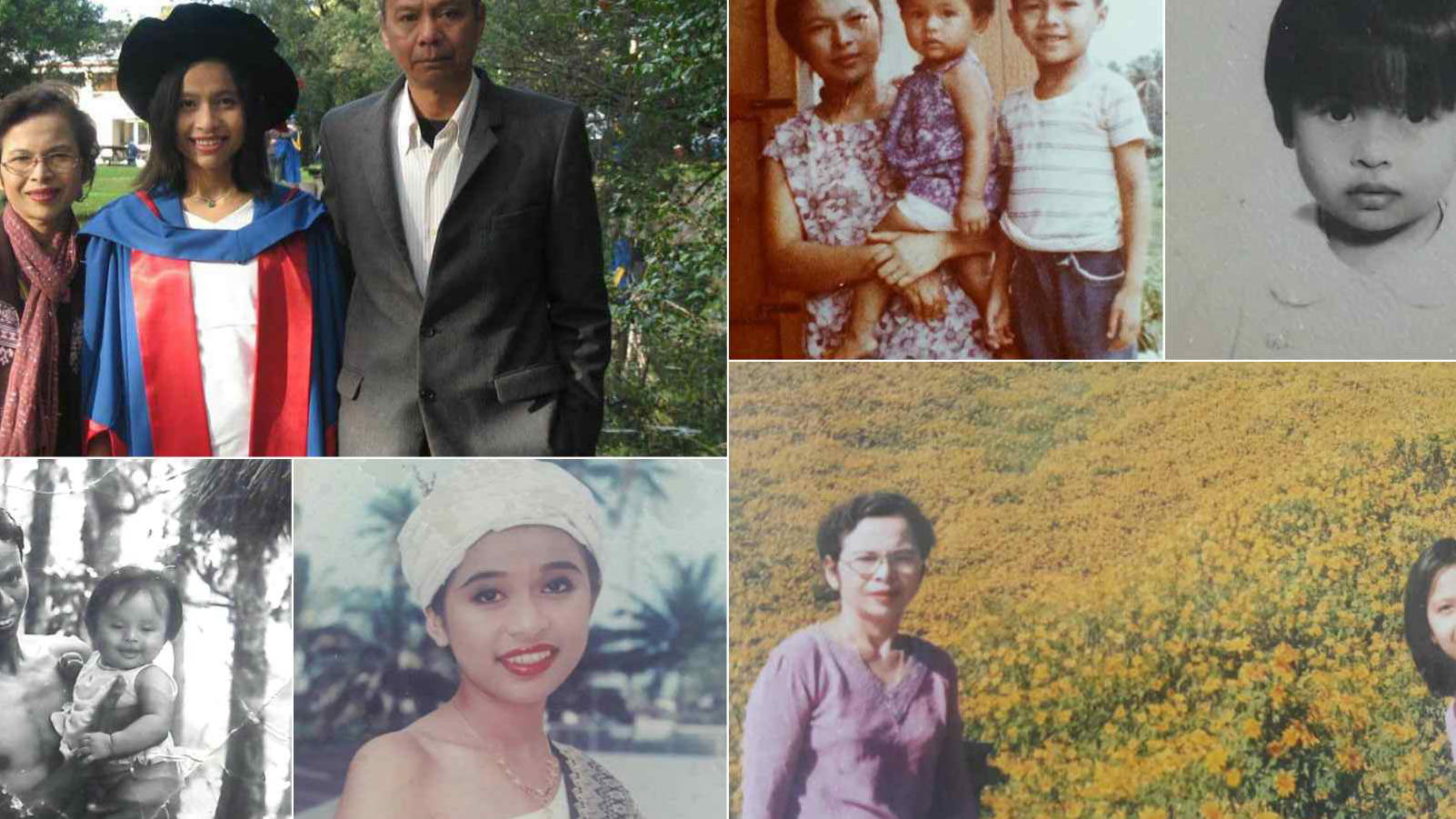 "I was the first in my family to attend university," she says. "Growing up I went to the local public primary school and it was there that I realised I could study and learn. I loved doing my homework and always sat in the front row of the class."

However, Natalie says when she'd completed primary school she found out that just because you may have the passion for hard work, sometimes it takes a little more to prove that you can do what many consider the impossible. "When I finished primary, I went to secondary school in my home town.

"I thought I did well in primary school and because of that I would be selected into the top class of a local secondary school in town without having to sit the exam" she says. "But I wasn't selected and I was very disappointed so I took the [selection] exam."

Despite the setback, Natalie's result ranked her in top 50 of that year's cohort, guaranteeing her a position in the coveted top class of the girls' secondary school where she stayed for three years, from Years 7-9. She sat another exam to gain entry into high school for her final two years of school for which she again was placed in the top class.

"Mum only finished primary school and dad finished high school. Mum is a dressmaker and Dad is a police officer, not a high ranking one. Mum was one of 12 kids in her family, and she was the second oldest," Natalie says.

"Her older sister, my aunty, went to live in another province so my Mum never got a chance to finish school as she had to look after her sisters and brothers, while her mum worked in rice fields during the day."

Natalie says during those final two years of high school, her mother and father would wake her at 5am every day so she could begin studying while they went to exercise. "I would go through the materials that were presented the day before at school and look at what we were meant to be covering that day to prepare," Natalie says.

"I would go to bed at 8pm so I would be ready to get up early again the next day. Back then I didn't understand why my parents pushed me. I also did extra study after school, doing maths and chemistry, as well as on the weekend.

"My parents pushed me to do the extra study and then in Year 11 I sat an exam to see if I could finish high school a year early. I passed that and was allowed to then sit the entrance exam for university. I had no idea about university and no one had told me what kind of degrees I could do.

At 17 Natalie went to live in Bangkok to start her degree, not realising then that it would lead her to Australia and international renown. "I was told I could go back and do Year 12 and sit the entrance exam again if I wanted to do medicine as was commonly expected by parents and teachers for 'smart' kids, but I decided I didn't want to do another year of school and seeing blood made me feel dizzy, so I chose to do the science degree," she says.

It was the first time Natalie had ever lived out of home and by the first semester of studying maths, chemistry, biology, physics, English and art appreciation, she was given the opportunity to choose the field in which she wanted specialise.

"I remember I was in a lab class with a girl from a rich family from Bangkok. She went to a private school and arrived at university in a Mercedes. She asked me what my results were and when I told her she said couldn't believe that a girl from a rural area like me could get a score like that."

It was around this time that Natalie realised her real passion lay with mathematics, and by the end of her first year she was invited into a government program designed to develop the potential of the country's top science students.

"The program also meant that my parents didn't have to pay any more tuition fees as the government program supported students until they finished their PhD," Natalie says.

By the time she had finished the fourth year of her undergraduate degree, with first class honours, she was advised to apply for a scholarship to do a PhD overseas. She did and she won that award. However, "the idea of going overseas was quite scary at the time. I was from a rural town and thought I would never leave Thailand," she says.

She kept the news from her parents, hoping only to continue her Masters and PhD in Thailand. However, a letter informing her that she had won a scholarship to attend an overseas university was delivered to her parents' house, and it was at their insistence that she decided to take the plunge and continue her studies overseas.

"My parents told me it was a once-in-a-lifetime opportunity," she says. 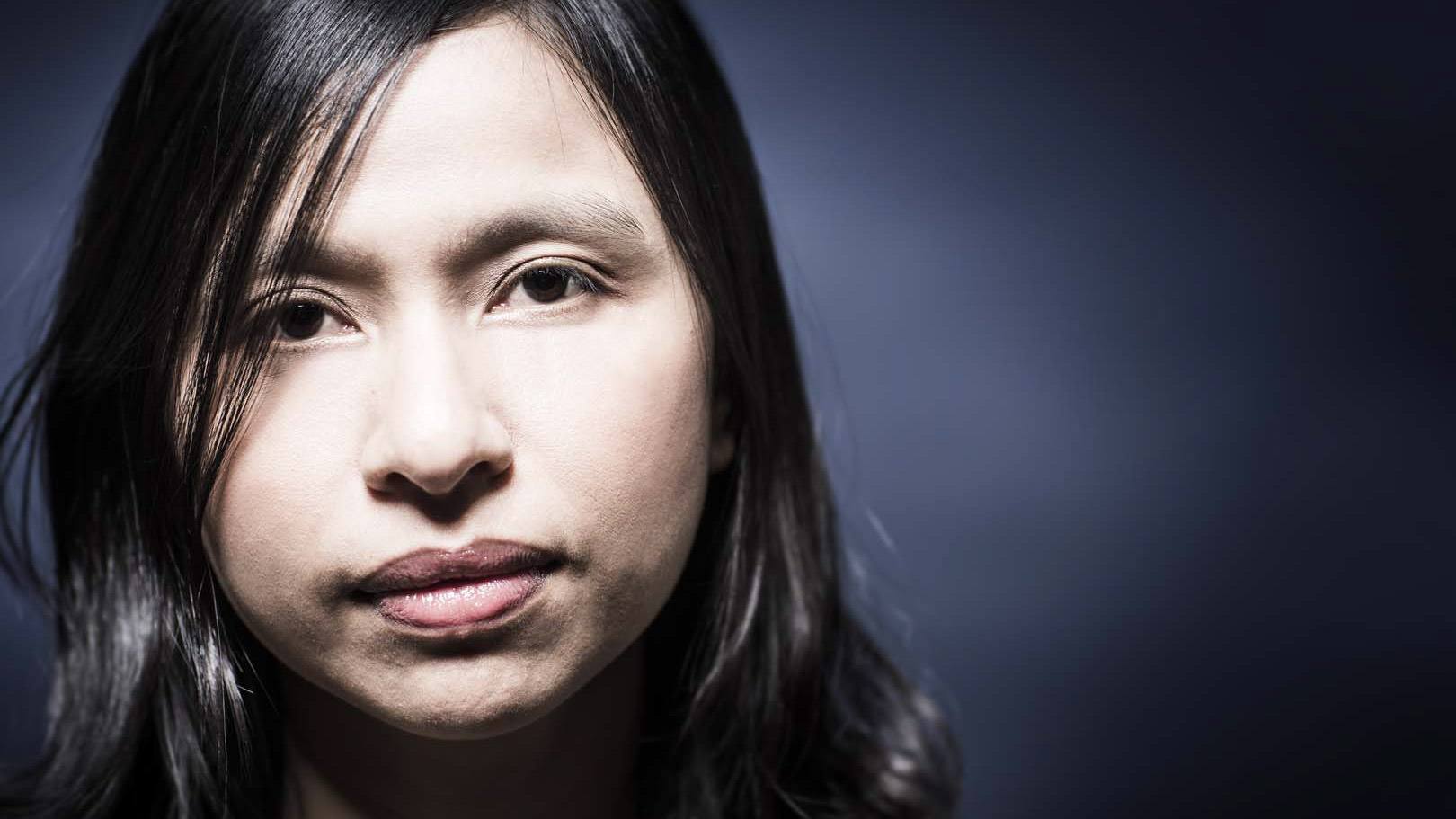 With only three months left to decide on a topic for her PhD and find a supervisor, Natalie admits she was at a loss as to what to do. "All my friends were planning on going to Europe and America to do their PhDs, but because I had left it so late I was running out of time to find a university," she says.

"One of my lecturers suggested the University of Wollongong and she contacted Professor Jim Hill from the School of Mathematics and Applied Statistics. He took a chance and accepted me to do my PhD."

After starting her PhD in 2001, Natalie's input into the field of modelling granular materials, not just in Australia but globally, was soon attracting attention, and after three-and-a-half years she was offered the chance to continue doing work with a post-doctoral fellowship at the university.

"It was also around this time that I had met my husband who was a new lecturer at UOW," she says. "So although I was supposed to go back to Thailand and work as part of the original scholarship program, my husband and I decided it would be best for us to pay back the scholarship money so I could continue to work over here."

A leader in the field

Her work in granular materials is one of the most specialised in the field of applied mathematics. "I started this work with Professor Hill and we worked with engineers to look at scenarios such as the flow rate from an outlet of containers in which these materials are kept.

"For example, if a material is kept in a silo, depending on its properties, there are always impacts on how it flows out of that container. If a material sticks to the sides of a silo it can destroy the container, or it can go stagnant.

"Or if these materials are kept in a pile, like in mines, if the material is continually poured on top of that pile, the inside of that pile can go stagnant while the outside becomes too dry. All things you don't want to happen.

"It is our job to try and understand these phenomena and try to predict the force inside containers or piles and then help to design an outlet or silo that can overcome these problems. But rather than using computer simulations we use classical mathematical modelling, which assumes continuum medium of materials and so can derive analytical solutions that we can use to predict how materials flow."

It was her knowledge of this classical mathematical modelling that led Natalie to become involved with nanotechnology, for which in 2007 she was awarded the Australian Research Council Australian Postdoctoral Fellowship to work on developing mathematical models for nanomaterials in biology and medicine.

"There are lots of problems in nanotechnology where applied mathematical modelling can make advancement," she says.

"In this area computer simulations and experimentations are generally used to try and develop the technology, but we were one of first groups in the world to use mathematical modelling in this type of research." 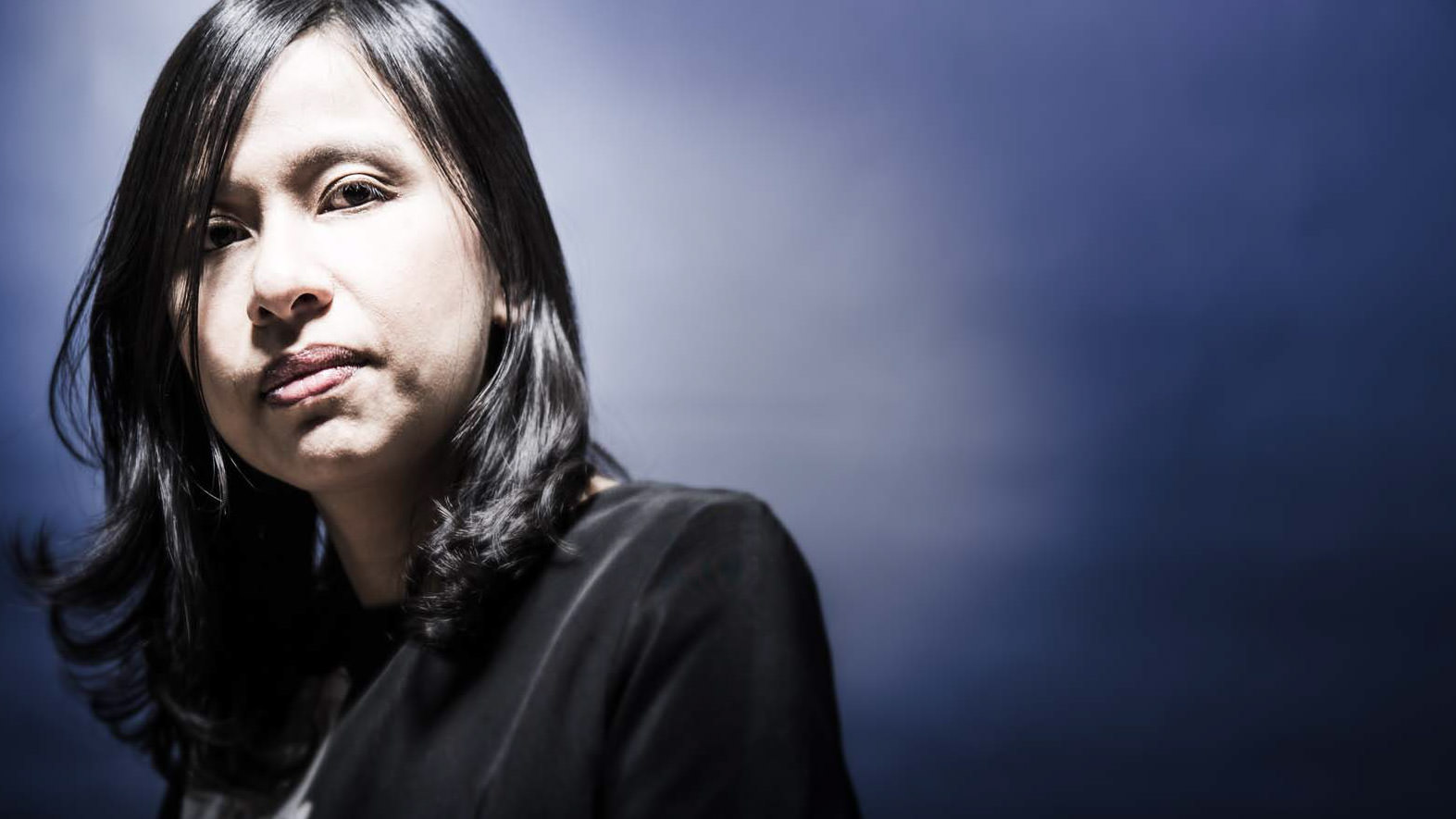 Giving back to her roots

Despite her busy schedule and research in Australia, Natalie has not forgotten where she came from and never refuses an opportunity to go back to Thailand and speak to students about her own experiences.

"Earlier this year my father asked me to talk to a school that was even more rural than my own school. There were about 500 students in the hall," she recalls. "I told them about my experience with the girl in university who thought a rural student could never do well at university and told them to never let other people make them feel inadequate or look down on them.

"The next person was probably my Year 11 mathematics teacher who made me fall in love with maths. She made me see mathematics in a different light. And Professor Hill always challenged me. He told me that I can do anything I want if I put my heart and soul into it.

"And of course my husband. I would never be here today if he had let me go then. Having to juggle a full-time academic job (where work does not end at 5.30pm or [is not restricted to] week days) and a family of three young children is not easy, but life is always full of challenges and, for me, it is these challenges that keep me going everyday."