Artificial intelligence (AI) has been praised for its ability to solve complex problems and make amazing artworks.* So where does that leave humans?

Almost as quickly as students began using programs like ChatGPT to do their assignments, schools and universities around the world are reassessing their own policies to maintain academic integrity.

The New York Department of Education has blocked access to the software, while Australian universities are overhauling their academic policies, with some moving back to pen and paper methods.

One Princeton University student even created counteractive software to detect AI-written essays. So, what is the solution?

Dr Armin Alimardani is a lecturer in the University of Wollongong (UOW) School of Law, with a research focus on the social, ethical and legal impacts of AI.

He says that the general concept of AI is to mimic human cognition, whether that be playing chess or answering complicated math questions.

“There are several definitions of AI and there’s no clear line between what is AI and what is not.

An early attempt to understand AI was ‘Turing Test.’ Allan Turing, known as the father of modern computing, proposed 'The Imitation Game.’ If a human can’t tell whether they are interacting with another human or a computer system, that computer passes the Turing Test,” he explains.

Due to the broad scope of AI and the rapid expansion of capabilities, it is challenging to make new laws and legally control its use, says Dr Alimardani.

“Since 2016, there has been a proliferation of ethical principles and guidelines produced by governments and industries to deal with ethical challenges posed by AI. For instance, the principle of fairness and non-discrimination requires AI to be developed to maximise fairness and encourage inclusivity. But these principles and guidelines are soft-law and not legally binding and difficult to apply in practice,” he says.

“It is so unpredictable; I’ve never seen anything like this. Every two weeks there is a big news story about the progress in some area [of AI] that is just so unbelievable.” 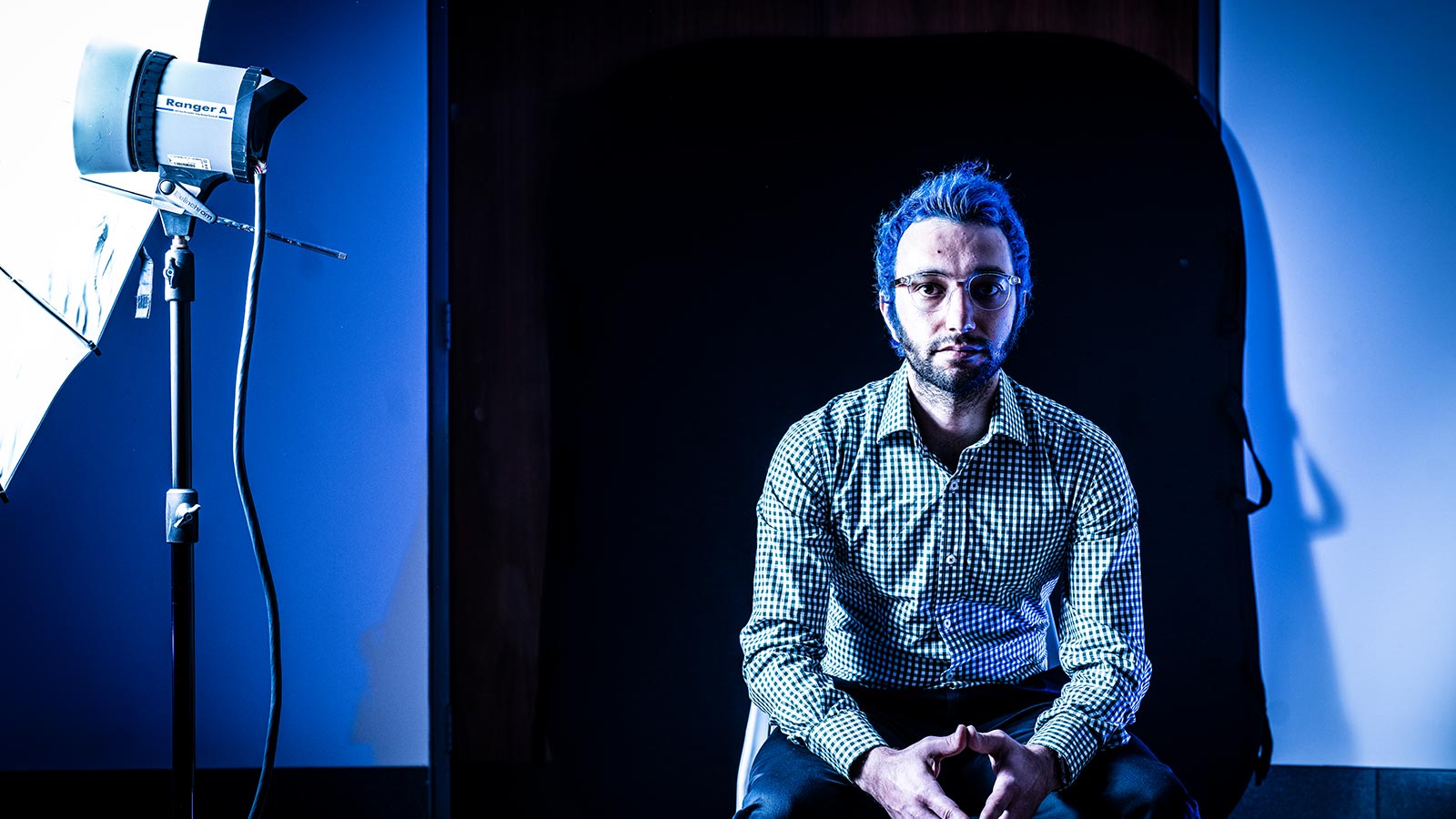 Dr Alimardani has been researching the social, ethical and legal impacts of artificial intelligence.

Are robots going to take our jobs?

There is widespread debate around the pros and cons of AI and the job market.

One US teacher posted a TikTok praising ChatGPT for its ability to help her create a lesson plan for her preschool students, while another feared that the bot’s ability would make his job as a teacher obsolete.

Dr Alimardani says that these programs are impressive, but not perfect, and professionals would still need to check the content for errors.

“Currently, ChatGPT cannot take anybody’s job. Even if I'm a programmer, and ChatGPT writes the code for me, I have to figure out whether the code is correct or not. If I’m a teacher, and it breaks down a lesson plan for me, the lesson plan could be garbage, but unless I’m a trained teacher I wouldn’t know,” he explains.

As part of his research, Dr Alimardani has co-created Safe-to-Fail AI, a platform where they prototype AI tools and test the capabilities of AI in education. One of the Safe-to-Fail AI programs, (a)icon, is a conversational AI which teaches the content while assessing a student's knowledge, he explains.

“This is one of the things I imagine will be commonly used in an educational context. Of course, it is not meant to replace the educator, but rather to serve as a tool for supplementary practice. We are also seeing if we can develop a couple of other AI tools including a tool to generate assignment questions, as this is a time-consuming task for educators.”

Not all creators are happy with this tech, however. The arts sector has called out AI software and users for taking job opportunities from artists and using their work without recognition.

“Once again, the laws are outdated, unclear and there are workarounds for it. There are AIs that you can freely access and use to generate artworks, but artists claim that their own works have been used to create these. AI companies claim this is not a copyright violation as the AI images are being created from scratch. No one is going to criticise you if you learn how to paint by looking at hundreds of pictures online. But it’s a complicated topic and there are lawsuits against some of these companies,” Dr Alimardani says.

Where does that leave humans?

While schools and universities are scrambling to stop students from using robots to do their assignments, Dr Alimardani poses a larger philosophical question: if the machine can do it, why should we?

“Some would argue that if AI can generate an essay that is good enough [for university] then why should we force students to write one? We use the calculator example, which isn’t the best analogy, but it asks if a calculator can do some complicated mathematical equation, why should we?” he asks.

It is a slippery slope though, Dr Alimardani explains.

“If a student uses an AI to write their essay, we have to figure out whether students check it, make necessary changes, and be capable of realising when it’s good enough, and whether this approach would help them to grow neurons in the brain, make neural connections and to become capable to do more complicated tasks that AI cannot do at this stage,” he says. 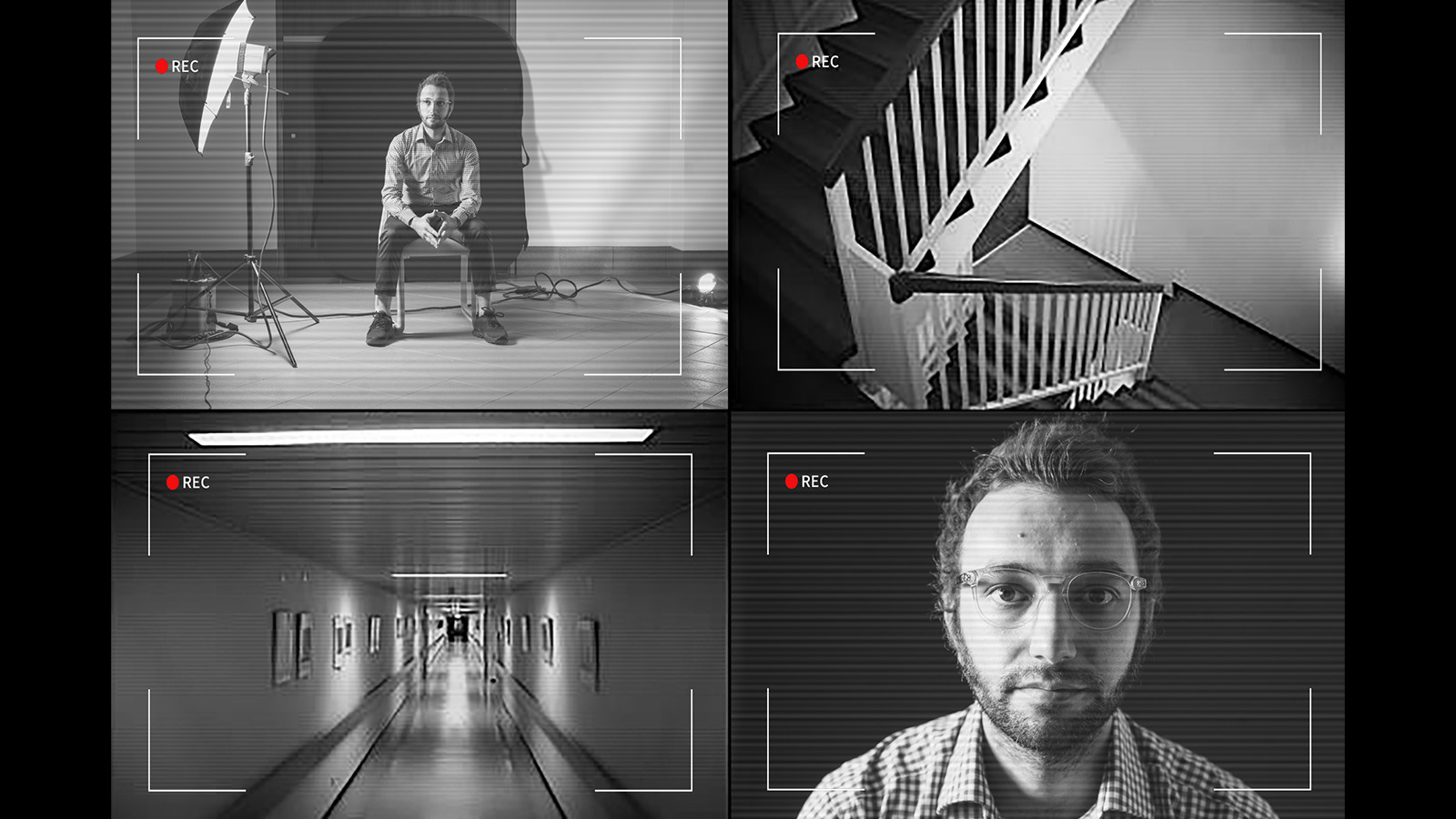 Dr Alimardani asks the broader question: if machines can do tasks for us, do we need to?

“The other thing is that if we create artificial general intelligence, which is smarter than all humans, many of us wouldn’t need an education anymore, because the machine would do it all.

“Would we be happy with that kind of life? Or would we prefer to come to work and do something because it makes me more interested in life? Have our genes generally evolved and adapted to that kind of environment to just have fun, where leisure and ease are the primary focus and complex tasks are avoided?

“Where would that take the human being in general? Because if we’re not learning things and not developing new skills, we’re not going to be as smart or intelligent as the previous generation.”

*If you came from TikTok or Instagram and thought this was the human version, congratulations!

Have a peek below to see the AI’s attempt.

Artificial intelligence (AI) is a technology that is rapidly changing the way we live and work. As the capabilities of AI continue to evolve, it is becoming increasingly clear that this technology has the potential to transform a wide range of industries, from healthcare to transportation to education.

Recently, we had the opportunity to sit down with Dr. X, an expert in the field of AI, to discuss the current state and future possibilities of this technology.

Dr. X began by discussing the ways in which AI is currently being used, noting that it is already playing a crucial role in many industries. For example, in healthcare, AI-based diagnostic systems are helping doctors to more quickly and accurately identify illnesses. And in transportation, self-driving cars are demonstrating the potential of AI to improve safety and reduce the number of accidents on the road.

When asked about the future of AI, Dr. X was optimistic. They believe that the technology is likely to continue advancing at a rapid pace, and will play an increasingly important role in many areas of our lives. For example, AI could help to improve communication by allowing us to more easily interact with computers and other devices. In entertainment, AI-based systems could make it possible for us to more easily create and consume music, videos, and other forms of content. And in everyday life, AI could be used to automate tasks such as cleaning and cooking, freeing up more time for us to spend on the things that matter most.

However, Dr. X also emphasized the importance of addressing the ethical concerns that have been raised around AI. For example, there is a concern that widespread adoption of AI could lead to job displacement, privacy issues, and other unintended consequences. To address these concerns, it is important that we work to ensure that the benefits of AI are widely accessible, and that the technology is developed and used in a responsible and ethical manner.

Dr.X also express the importance of using AI in education. AI-based tutoring systems can help students learn faster and more efficiently, and personalized instruction could be provided to students with different learning styles. They also highlighted the use of virtual and augmented reality in learning, which could enable immersive and interactive experiences, making learning more fun and engaging.

In conclusion, AI is a technology that has the potential to transform many aspects of our lives. However, as this technology continues to advance, it is important that we take steps to ensure that its benefits are widely accessible and that it is used responsibly and ethically. We must be aware of the potential consequences and work towards positive use cases of AI. Only then we can unlock its full potential and maximize its benefits to society.