Can we rewire the nervous system to fight MND?

Philanthropy is funding the high-risk high-reward research needed to advance our fight against motor neurone disease.

MND involves the progressive loss of the neurones in the brain and spinal cord that connect to and control our muscles – the motor neurones. The loss of these neurones leads to paralysis and, eventually, death. Diagnosis of amyotrophic lateral sclerosis (ALS), the most common motor neurone disease, is a prolonged process and occurs after the symptoms appear, at which stage motor neurone degeneration is advanced.

Our team of researchers in the Proteostasis and Disease Research Centre at the University of Wollongong (UOW) focus on increasing our understanding of the molecular processes that cause MND and use that knowledge to develop therapeutic strategies to treat MND. Our research so far provides strong evidence that a protein imbalance in the motor neurones, and that proteome dysfunction, is a fundamental part of the process underlying cellular dysfunction and death in MND. However, why this happens is still unclear.

There is an unquestionably urgent need for effective treatments, and it is vital that we investigate methods of replacing motor neurones, in addition to saving remaining neurones.

The support that we have received locally and nationally has been phenomenal. Working with UOW’s philanthropy team, we have been able to raise $463,810 since 2018. These funds have been provided to us from average families, and generous individuals and groups. In 2018, children in the Illawarra held a lemonade stand raising $1,000; a group of cyclists “Ladies back on your bikes” raised $16,500, and UOW alumni have given generously.

With traditional funding, it is almost impossible to get unconventional projects (projects that ‘think outside the box’) approved. We believe that conventional drug therapies will not work for MND. With this in mind, we have come up with a way to develop new motor neurones inside the body.

Using philanthropic donations, we have been able to fund new research, which is being undertaken by Dr Isabella Lambert-Smith, a post-doctoral researcher in the Proteostasis and Disease Research Centre at UOW.

“My research is aiming to test if we can regenerate motor neurone circuitry in the body and re-establish connections with the muscles, by converting sensory neurones that are not affected by ALS into motor neurones.” She hopes that this will prove to be an effective therapeutic strategy that will enable people living with ALS “to regain muscle function and have an improved quality of life,” Dr Lambert-Smith explains. 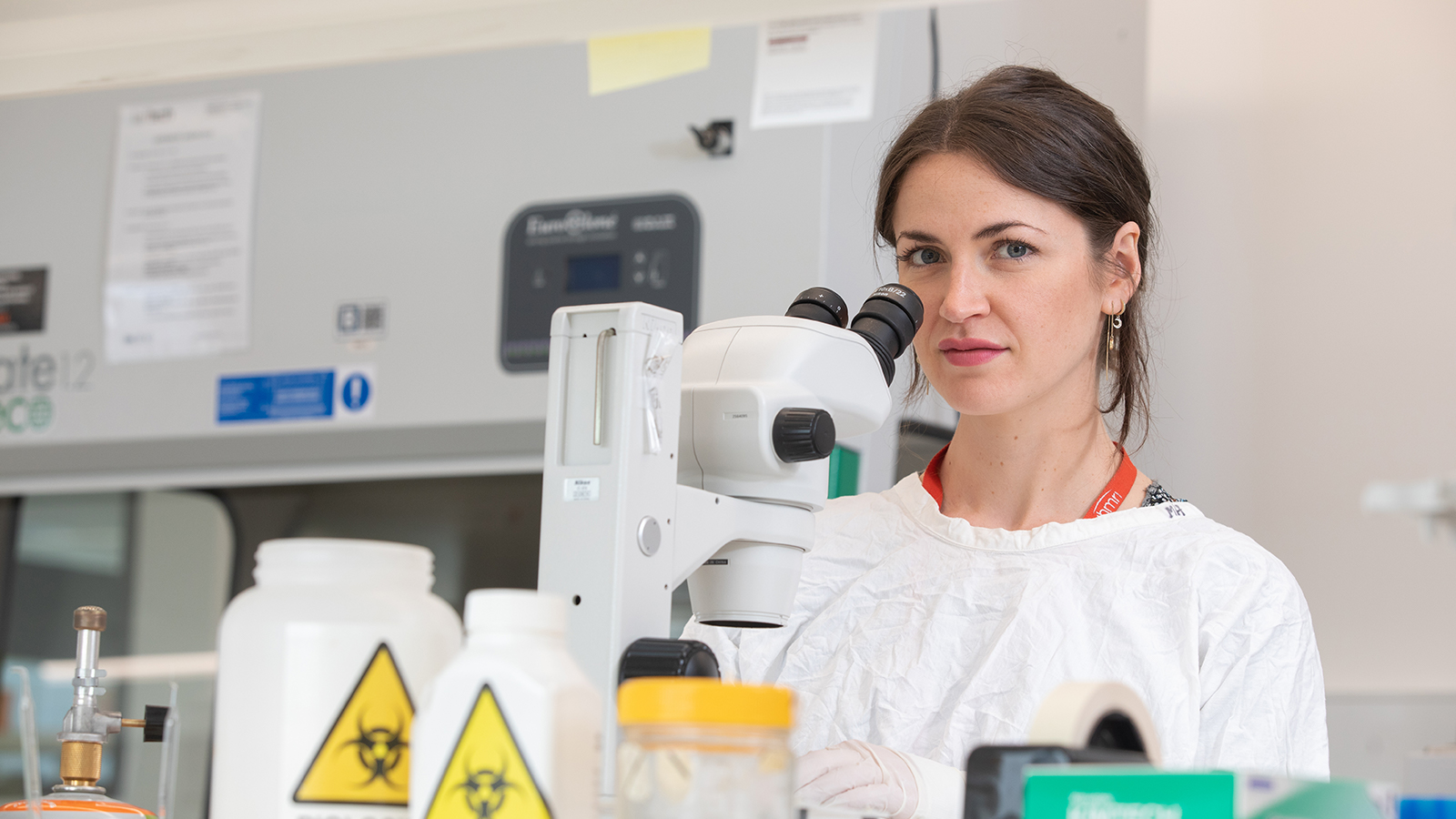 How do you develop new motor neurones?

We are using three different models to carry out this research. For one of these models, Dr Lambert-Smith utilises a technology that enables her to reprogram skin cells donated by ALS patients into a stem cell-like state, and then direct them to turn into sensory neurones.

Using sensory neurones from adult mice is important as it provides a steppingstone to pre-clinical testing, which is essential before it can be tested in humans.

The third model uses the microscopic worm Caenorhabditis elegans. These tiny critters have a very well-studied nervous system, and every single neurone within them can be clearly visible when fluorescent reporters are used that light up each neurone.

“I’m using this model to examine if converted sensory-motor neurones can remodel their connections in the body, and ‘synapse’ (connect) with muscles in the same way as native motor neurones,” Dr Lambert-Smith says.

This regenerative strategy has the potential to revolutionise ALS research and shape the lens through which we understand and treat this devastating disease. Converting sensory neurones into motor neurones has not previously been investigated; a missed opportunity as the potential of this innovative approach to combat motor neurone loss and prevent or reverse subsequent paralysis is an unprecedented opportunity to improve the quality of life of people living with ALS.

This article was originally published by Research Australia in their Inspire Magazine.