When they first enrolled at UOW, neither Tony Okely nor Mylie Goodhew knew what would eventually come from their time on campus.

Having both enrolled to study PE in the same year, Tony chose UOW for its strong reputation, while Mylie followed in her teachers’ footsteps to make the journey down south. As part of a cohort of about 40 students, who “had a reputation for getting out and about” according to Tony, the pair shared a multitude of classes and extracurricular activities.

“I suppose we knew each other quite well before we started dating,” says Tony. “When you do the same courses and hang out socially, you get to know people quite well.”

“Because we studied PE, we had a lot of people who enjoyed physical activity. We'd play sports together, like paddle tennis (do you remember paddle tennis?). We did this thing called the Summit Run, which was a run to the top of Mount Keira where beer was the only drink available at the top. So a lot of that, plus hanging out. And pinball machines.”

The pair took their time getting through their degree, with Mylie taking some time off half-way through while Tony transferred to, and from, another uni. As both returned to UOW towards their final year, chemistry turned itself into a date, and the rest is history.

“We had a pretty good understanding that there was chemistry early on. But the social side of it was where all the fun was,” says Mylie, reminiscing on Friday lunches on the McKinnon lawns, pot luck dinners, toga parties and endless sports comps. 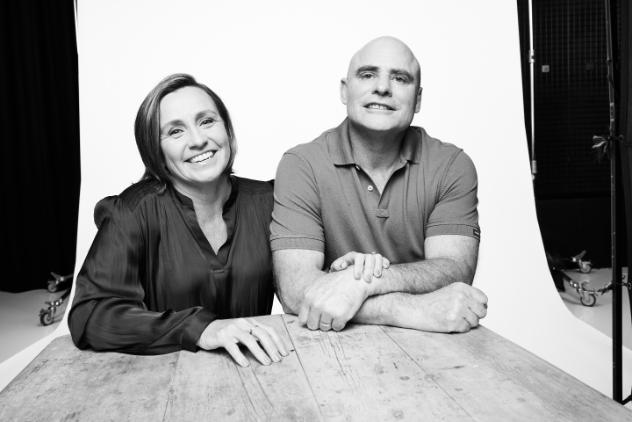 Left to right: Mylie and Tony

Fast forward a decade or two, Tony and Mylie eventually got married and had three children. Tony remains a Senior Professor, School of Health and Society at the University of Wollongong where his widely-read research on physical activity and children brings his PE journey full circle. Mylie, along with her two sisters, became the founders and directors of a large children’s dance school in Sydney. And most importantly, the chemistry between them has not been lost. “Mylie is a very bubbly, friendly person,” says Tony. “She’s hospitable, easy going, humorous and just a fun person to be around.”

“I like that Tony is always happy and enthusiastic about things,” Mylie responds. “If he’s going to do something, he does a great job of it. He has this exuberance that makes people feel at ease.”

Looking back on their time at UOW (and the decades since), Tony and Mylie attribute much of their trajectory—both professional and personal—to their enthusiasm for campus life, something they fear is at risk of being lost amongst the shift to remote study. “We both firmly believe you get a much richer experience on campus,” says Tony. “Uni was the thing that we had to fit the rest of our lives around, but people now tend to fit uni around other priorities, which I think misses a lot of the getting to know people in your cohort.”

Their advice to any student about to enter (or return) to campus life is to take advantage of every possible group, event, conversation and relationship offered to you. Each experience is as valuable as the next...and you never know what could change your life.

“We had a range of lecturers who came with a range of views on a range of topics, and they would encourage you to voice your opinions in class,” says Tony. “So you had a lot of vigorous debates and understanding of other people’s perspectives. Depending on what sort of background you had, you would come to uni with a set of preconceptions, and a lot of those are challenged by just hearing the experiences of others. It makes you a much wiser, more tolerant person.”

“What we’ll remember most is the memories of things we did together as a group on campus,” Mylie adds. “We’d hang out between classes, play sports together, and the friendships forged in those moments are the ones still going strong thirty years later. I don’t think any of that would have happened if we didn’t spend that time at the uni.”