Tracking the rise of e-cigarettes

Will banning nicotine-containing vape fluid do more harm than good? University of Wollongong toxicologist Dr Jody Morgan believes it will.

Every cigarette is doing you damage. But you already know this, because these very words have been the catchcry of anti-smoking campaigns in Australia for decades. But if you rewind just a few years before that, it wouldn’t be out of place to see a billboard on the side of the road promoting a brand of cigarette for ‘the feminine hand’, or another brand that promised to be ‘clean’ and ‘kind to your throat’.

In 1977, smoking could be described as commonplace in Australia – it was a habit of 37 per cent of all adults (45 per cent of men and 29 per cent of women, respectively). But as more people became aware of the adverse health effects of smoking, numbers steadily declined. The 2019 National Drug Strategy Household Survey report found that 11.6 per cent of Australian adults were now smoking. Since 1995, the smoking rate of Australian adults has almost halved.

The reasons for the downturn in smoking in Australia are many – increased tobacco taxes, advertising bans, changes to legislation and more public education campaigns, to name a few.  But whatever the reason someone has for giving up smoking, the path to finally quit is not always an easy one.

The pull of nicotine is strong. For every person who goes cold turkey, another may stop and start for years before finally quitting for good. Some people use medication or nicotine replacement therapy, such as patches, gum, lozenges or inhalers. Another common, although less accepted method, is the use of e-cigarettes.

E-cigarettes are devices that make vapour for inhaling. Often referred to as ‘vaping’, the process involves devices delivering an aerosol by heating a solution that users breathe in. They’re battery operated and often look like cigarettes, pens, cigars, pipes or even memory sticks. The liquids used in e-cigarettes contain low levels of toxic compounds. They are usually flavoured liquids and may also contain nicotine. In Australia, it is illegal to sell or buy nicotine for use in e-cigarettes, unless it has been prescribed by a doctor.

Dr Jody Morgan is a toxicologist and Associate Research Fellow in the School of Chemistry and Molecular Bioscience at the University of Wollongong. She is one of the few researchers in Australia looking into the toxicology of e-cigarettes and nicotine.

“We need to be really clear and people need to know that e-cigarettes are not good for you, there’s no pathway by which they’re healthy to inhale for non-smokers,” Dr Morgan says. “But they are better for you than a tobacco cigarette and they do help some people quit smoking.” 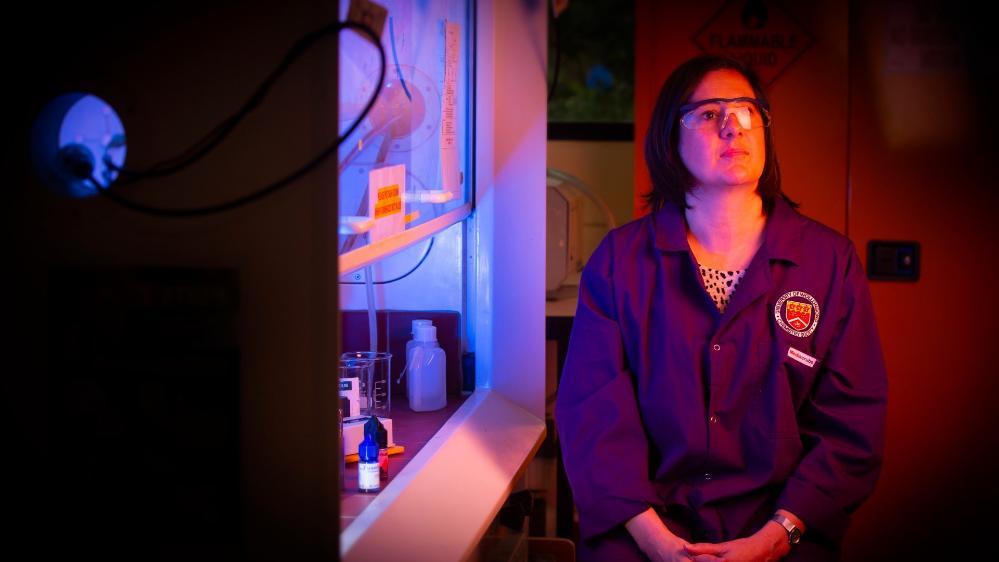 Which is why Dr Morgan was relieved that the Australian Government’s ban on the importation of nicotine-containing e-cigarettes, which was meant to be effective from January 2021, was abandoned.

“Nicotine is already a Schedule 7 poison and you need a prescription to get access to nicotine-containing e-fluids,” she says. “There are only nine doctors in the country right now who will prescribe it.

“Many people who already vape nicotine-containing e-fluids in Australia are not aware of the requirement for a prescription, which is why the Therapeutic Goods Administration has rescheduled nicotine for use in e-cigarettes with these new regulations due to come into place in October 2021.

“The new scheduling clarifies the regulations. As of October 2021 all people wishing to purchase nicotine-containing e-fluids for vaping can do so either from a pharmacy or via importation provided they have a prescription from a doctor.”

Legalise Vaping Australia is an advocacy group dedicated to campaigning for the legalisation and regulation of vaping and e-cigarettes across Australia. A recent survey the group undertook echoes Dr Morgan’s concerns about a total ban on nicotine-containing e-fluids.

“Even with the new scheduling of nicotine coming into effect later this year we still have some fears about the products being imported,” says Dr Morgan. Dr Morgan says the danger of imports lies in the toxicity and concentration of nicotine.

“Nicotine is quite dangerous which is why it’s a Schedule 7 poison, that means it has a very high probability of killing you in high doses, particularly through oral consumption or through skin absorption,” she says.

“A lot of the fluids that are being imported from overseas have no labelling on the bottles, there is often no indication about how concentrated the nicotine is and there are no safety warnings.

“Nicotine isn’t dangerous at the levels you’re going to be inhaling in a cigarette or e-cigarette, but the problem lies in people importing concentrated nicotine with the intention of mixing it into e-fluids themselves.

“The other issue we have with this is around the bottle, because when you’re transferring liquids that people need to mix themselves, they have to supply the liquids in bottles with open tops, not little dropper bottles.”

Dr Morgan says bottles with open tops makes it easier for people to accidentally mix the wrong amount or for children to drink from the bottle. She points to the devastating death of an infant in Victoria in 2018 following accidental ingestion of high concentration nicotine fluid and says two other young children have died from the same cause globally. There have also been several adult fatalities through the ingestion of nicotine e-fluids and many non-fatal poisonings.

“If people accidentally orally consume nicotine it is very dangerous, especially to children, so unlabelled bottles sitting in homes isn’t what we want,” she says. “These fluids are often flavoured too, so they taste nice and you can understand why a child would drink it.” 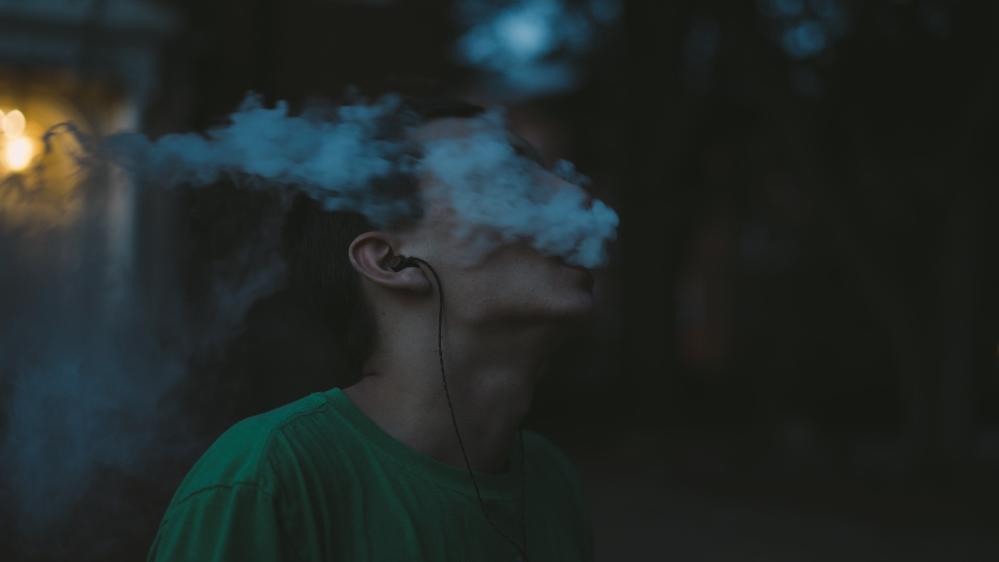 If people can die from accidentally ingesting nicotine-containing e-fluids, surely a ban on their import into Australia makes sense? Not so, says Dr Morgan.

“Regulation would be a much better pathway, the current system is flawed, and limiting access isn’t going to stop people importing nicotine and as such considerable risks will still be there,” she says.

“Regulation would ensure we’re targeting a market of ex-smokers, while avoiding the potential for young people to be picking up e-cigarettes.”

Dr Morgan believes a regulated e-cigarette fluid market should consider limiting the maximum concentration of nicotine to 24 milligrams per ml; child-resistant packaging for products, with dropper-style tops to prevent accidental exposure through spillage; and appropriate warning labels and ingredient lists. She is hopeful that these recommendations will be included in the Standard for Vaporiser Nicotine (TGO 110) which the TGA will release in the next few months. 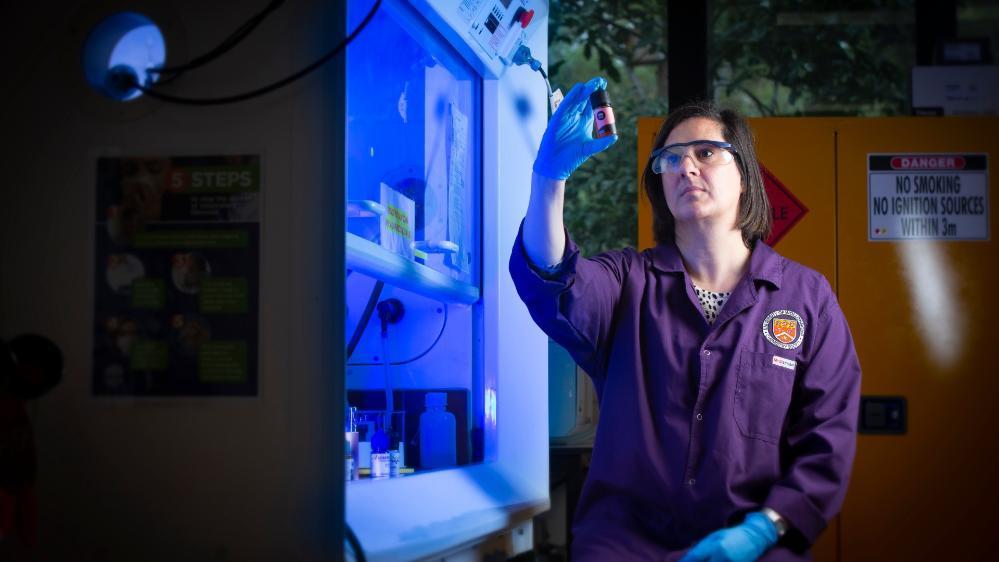 Following the TGA’s decision to reschedule nicotine, the Australian Government overturned its proposed ban on the importation of vaping liquids. The decision, the Government said, was in response to “significant overlap with the TGA”, but also came about after a significant number of Coalition MPs and Senators expressed their dissent.

The Australian Government commissioned a report about vaping and e-cigarette use in Australia. The study, published in September 2020, was performed independently by the National Centre for Epidemiology and Population Health at the Australian National University, led by Professor Emily Banks. It found using e-cigarettes triples the chance of a non-smoker taking up cigarettes and there is "insufficient" evidence that they help smokers quit

However, as Dr Morgan highlights in a recent article she wrote for The Conversation:  “If the new rule change is intended to restrict youngsters’ access to vaping, it is unlikely to succeed. E-cigarettes and e-fluids without nicotine will still be available at any tobacconist or vape store. The only banned products will be nicotine-containing e-fluids.” 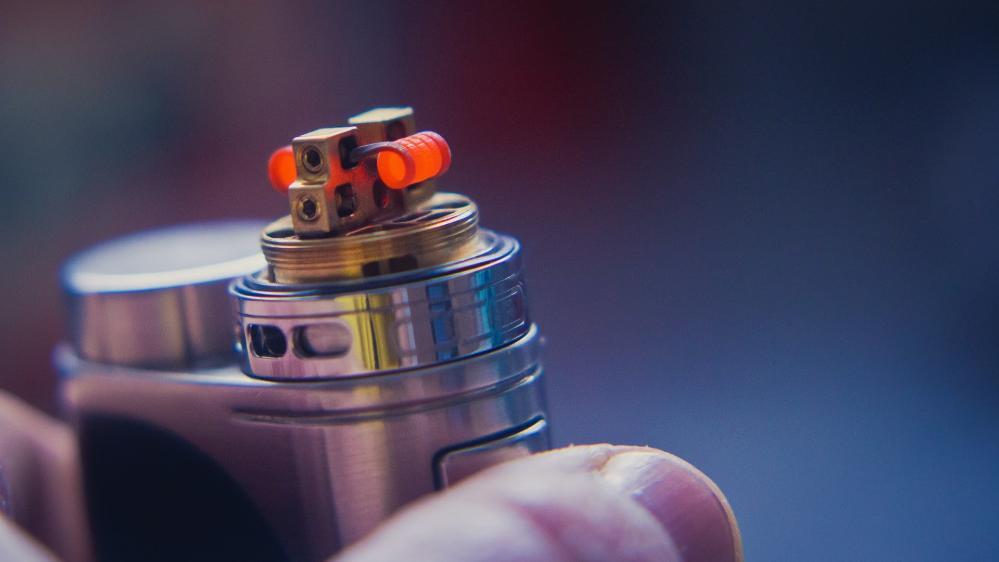 In particular, vaping has become a growing issue in high schools, with schools across the state reporting a rise in the confiscation of vaping devices from students. NSW laws ban the sale of vaping devices to those under the age of 18, but it has not prevented its prevalence in local high schools.

“This recent increase of vaping in high schools seems to be related to the increase in popularity of disposable vaping devices,” Dr Morgan says. “There has been little research performed on these types of e-cigarettes and this is a particular area of interest for our research group at UOW.”

Dr Morgan says that while the upcoming regulatory changes may have been framed as a move to protect young people from vaping, those most likely to be affected were people who used e-cigarettes to quit smoking.

“I would never recommend someone take up vaping if you don’t already smoke traditional cigarettes, our research shows that there are low levels of toxic compounds present and there’s no getting around that. But they are better than a tobacco cigarette and banning them would lead to more problems,” Dr Morgan says.

“Regulation would be a positive pathway forward and one I hope the government seriously considers.”