Students sing away the COVID blues

The young singer-songwriter, who was at the tail end of her three-year, creative and technical development course of music study, thought there was no way there would be a final-year concert.

“Yes, it’s been an unpredictable year, but I feel that the third-year music students have really encouraged each other to keep going through these COVID-19 times,” said Kaitlin, who is studying a Bachelor of Creative Arts (Music) at the University of Wollongong.

“It was at the last minute, with the changing of [COVID] rules, we were given the concert go ahead. It was fantastic.” 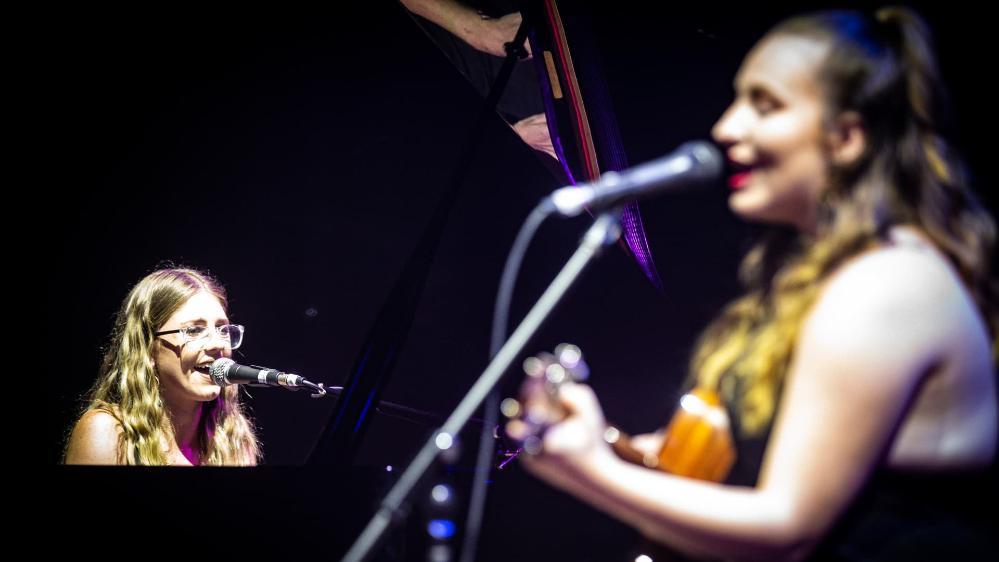 The end-of-year graduation music show Triple Fret was a little different to previous years. There were no pre-concert drinks, no mingling with audience attendees and no introducing other band members to mums, dads, family or friends.

Yes, this showcase of major music works by the graduating students of 2020 was a smaller than the normal affair with a limited number of pre-booked seats, but it still packed a punch.

Concert coordinator and UOW music lecturer Dr Terumi Narushima said 2020 has been an exceptionally hard year for everyone. 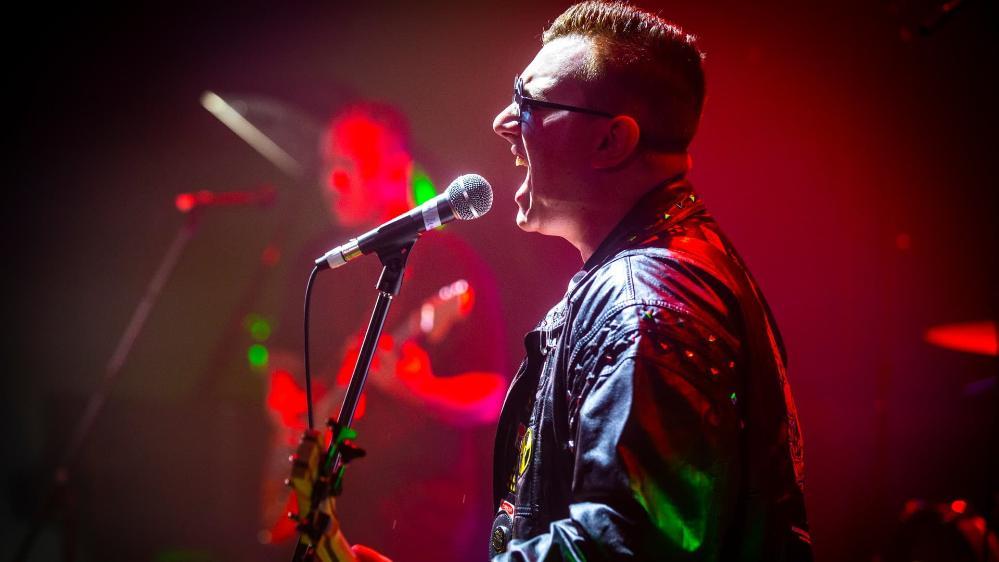 “The musical world was brimming with adventure and opportunity last year, this year due to COVID it’s kind of stalled. It’s been a real hard year for the university and the music industry.”

But even with the chaos of natural disasters and COVID nothing could stop these up-and-coming musicians from putting on a show.

“The UOW music course looks at instrumental and vocal performance, along with, music composition, production and recording. It’s quite a broad course, we give our students a well-rounded musical experience. When it comes to music we do a bit of everything,” says Dr Narushima. 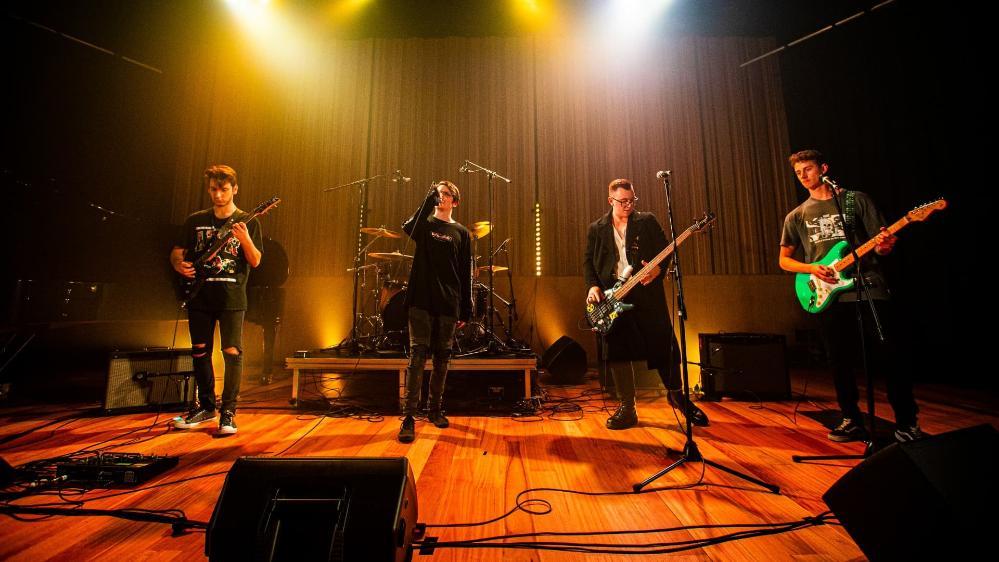 The varied styles and evident enthusiasm of the students on stage was a standout for this music lover.

Liam Blackall took to the stage with an extraordinary piece that looked back on life experiences, the acceptance of oneself and the mistakes we all seem to make along the way. The song started out as a form of ukulele folk song and transgressed into a post-Nirvana grunge tune.

Shi Yi by Junjun Liu brings the traditional Chinese instrument, the erhu and erquanhu into the 21st century. With the help of Sebastian Manfrin on guitar and Chet Tucker on piano, the result was a sound of AC/DC meets Chen Yi. (You may have to look her up.) 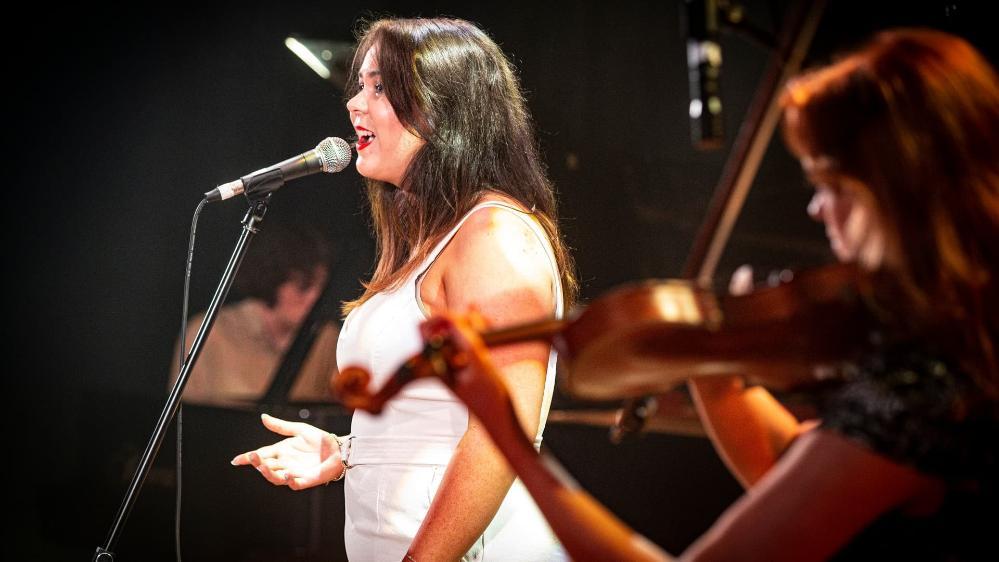 Punk was alive and well during the show. Trent Bendeich, Ricky Joseski and Myrtle Sebastian take on the establishment with Humans are Disgusting. It reflects the narrator’s hatred of wars, oppression and greed.

But it’s during the Triple Fret show, we see and hear women addressing the glass ceiling and shattering it into tiny pieces. It’s not news women in the music industry are finally being given the chance to flourish in the male-saturated music business.

And although there’s still a way to go, it’s here, at Triple Fret, we hear the beautiful form of resistance and fight in song. With references of sexual harassment, assault, price discrimination and unequal pay, it’s not too unlike a #MeToo movement protest. 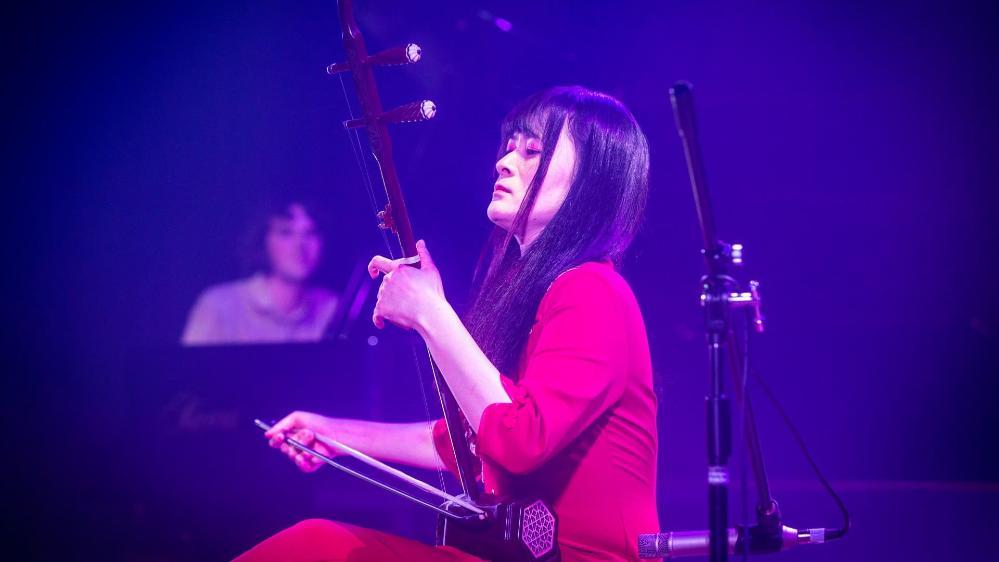 Juniette-Mariel Roa Blanco addresses women’s rights, mental illnesses and discrimination in society in her original piece, I Am.

Now, by Brooke Tilston and Rachael Tidbury, looks at relationships, abuse and self-esteem.

And while there was a selection of music that this music admirer found himself tapping his foot to, it was a collaborative piece that hit a home run. Like a Girl, by Racheal Tidbury, Kaitlin Lawler, Juniette-Mariel Roa Blanco, Jessica Tan and Allison Wells, was amazing.

Maybe it was the fact that, in these five young women standing in front of the audience, giving it their all, I heard my own daughter’s thoughts within their composition.

It was a song marked by its own social concerns and struggle. From questioning the beauty ideals of today to standing up for women’s rights. It made me think, it made me feel emotional, and it made me question our take on women in today’s society. And isn’t that what a powerful song should do?