Is wellness simply a savvy marketing tool aimed at women, enabled by the rise of social media?

Category
Health and MedicineCommunityResearch
Tags
BusinessHealthMarketingPsychologyWollongong
Business Areas
Faculty of Business and LawFaculty of Science, Medicine and HealthFaculty of the Arts, Social Sciences and HumanitiesSchool of Management and MarketingSchool of Psychology

Wellness is a state of being, a catchcry that encompasses the Instagram generation’s focus on good health and living well.

If you search #wellness on Instagram, you will be presented with more than 50 million hits. A quick scroll shows a collection of green bowls, tanned muscles, and blonde beauties with glowing white teeth.

It appears wellness is no longer just the absence of illness, but a lifestyle to uphold. It has been described as "health bragging": investing money into expensive activewear and organic fruit and vegetables to flaunt wealth through health. The wellness industry is worth more than $4.5 trillion worldwide, according to the Global Wellness Institute.

But who is buying into the wellness phenomenon? How did it get to be so luxurious, and do we really need multi-vitamins, organic skincare, and spa retreats to live our best life?

Dr Anne McMahon is a Senior Lecturer in Nutrition, Dietetics and Public Health at the University of Wollongong (UOW). She is also an Accredited Practicing Dietitian with the Dietitians Association of Australia. Her PhD focused on wellness and wellbeing, from a consumer and a dietician perspective, and she says there is a disparity in the way men and women understand and achieve health.

"From a philosophical perspective, health is what we call a contested term, so people have their own perspective of what that might mean. There is definitely a gender bias in messaging, predominately around weight management. It tells women to be aesthetically as beautiful as possible, whereas men are told to be fit and strong," Dr McMahon says.

According to the Global Wellness Institute's definition, the wellness industry not only includes traditional health and fitness products but encompasses tourism and real estate. Wellness tourism refers to travel that promotes health, such as yoga retreats, while wellness real estate is the design of home and communities that promote physical activity and encourage socialisation and sustainability.

Dr McMahon says while our concept of health is now all-encompassing, the messaging is still flawed.

"It has become more holistic, where people are talking about the broader dimensions of wellbeing, like your mental, spiritual and even occupational health. But the marketing seems to focus on the perceived best body imagery for different genders." 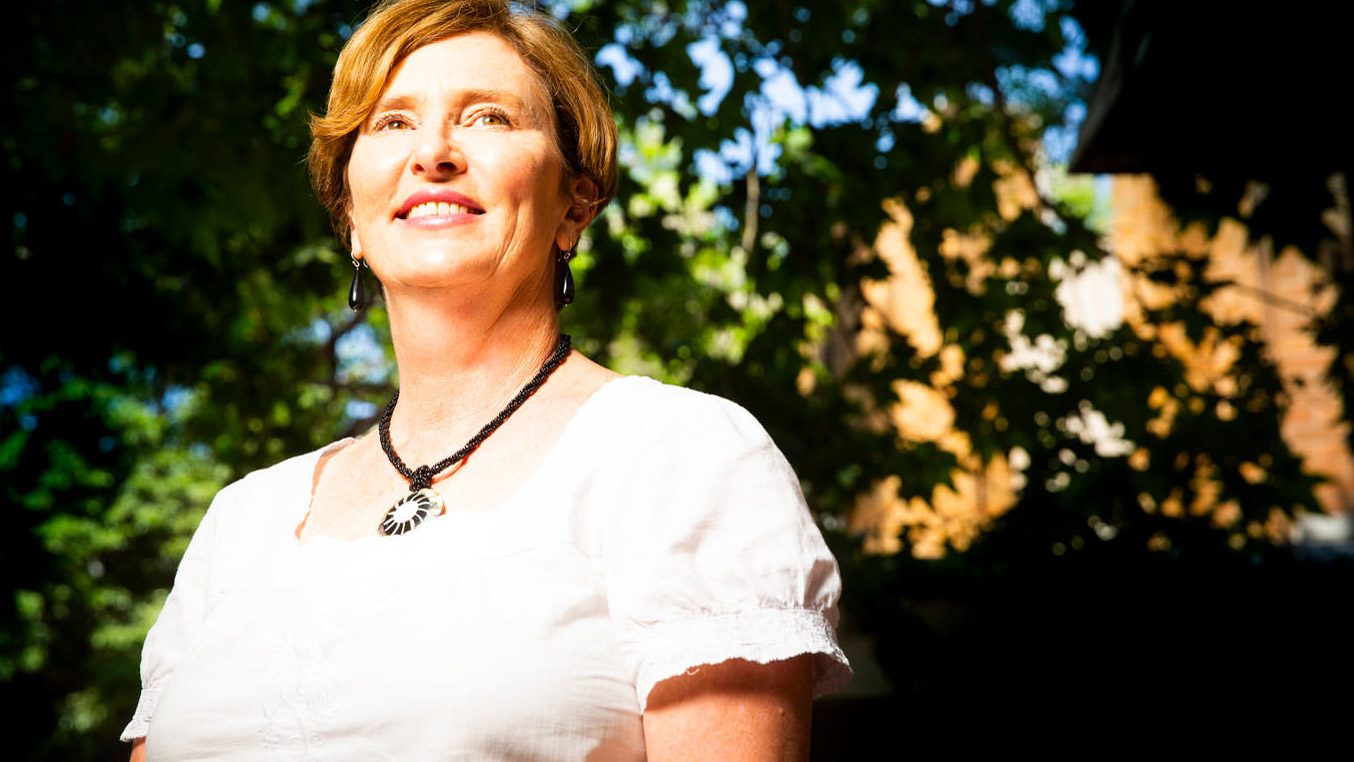 Dr Anne McMahon, an Accredited Practicing Dietician and a Senior Lecturer at UOW.

Why superfoods are a marketing tool

In 2018, Commbank estimated that Australians would spend more than $4.7 billion on health and fitness products. The rise in popularity of "superfoods" has also increased massively in recent years, with the Australian organics market now worth $2.6 billion, rising 88 per cent since 2012.

Organic farming is better for planetary health, Dr McMahon says, but the nutritional value of organic produce is no different to regular fruits and vegetables.

"Organic compared to non-organic produce is much of a muchness. The increased cost reflects the extra manual labour that goes into growing and sourcing the food."

Dr McMahon opposes the marketing of superfoods, as the flow-on effect goes much further than what ends up on your plate. She says regular fruit and vegetables offer plenty of nutritional benefits; a variety of different colours is key, rather than one specific food.

"Superfoods as a notion is silly, from a dietetics perspective. Foods in general have a wealth of nutrients, and other health-promoting properties if they are core foods, but without the context of a whole diet, they won't do anything," she says.

The high demand of so-called superfoods, such as quinoa, also causes imbalance in the food supply chain and leaves vulnerable groups unable to afford their own produce.

"Quinoa is actually a staple of an indigenous community in South America. When we all wanted it, the price increased so substantially they couldn't consume their own grain, which was a predominant part of their diet," Dr McMahon says.

"Then we went after kale, because we thought that was the new thing. We actually ran out of kale in Australia. We even ran out of seedlings. So there is an immense back-pressure when the notion of superfoods is presented as a solution. It's a very first-world response to looking after our health, and we don't think about that impact on the food supply and how it affects the people that rely on those food sources as a critical part of their diet." 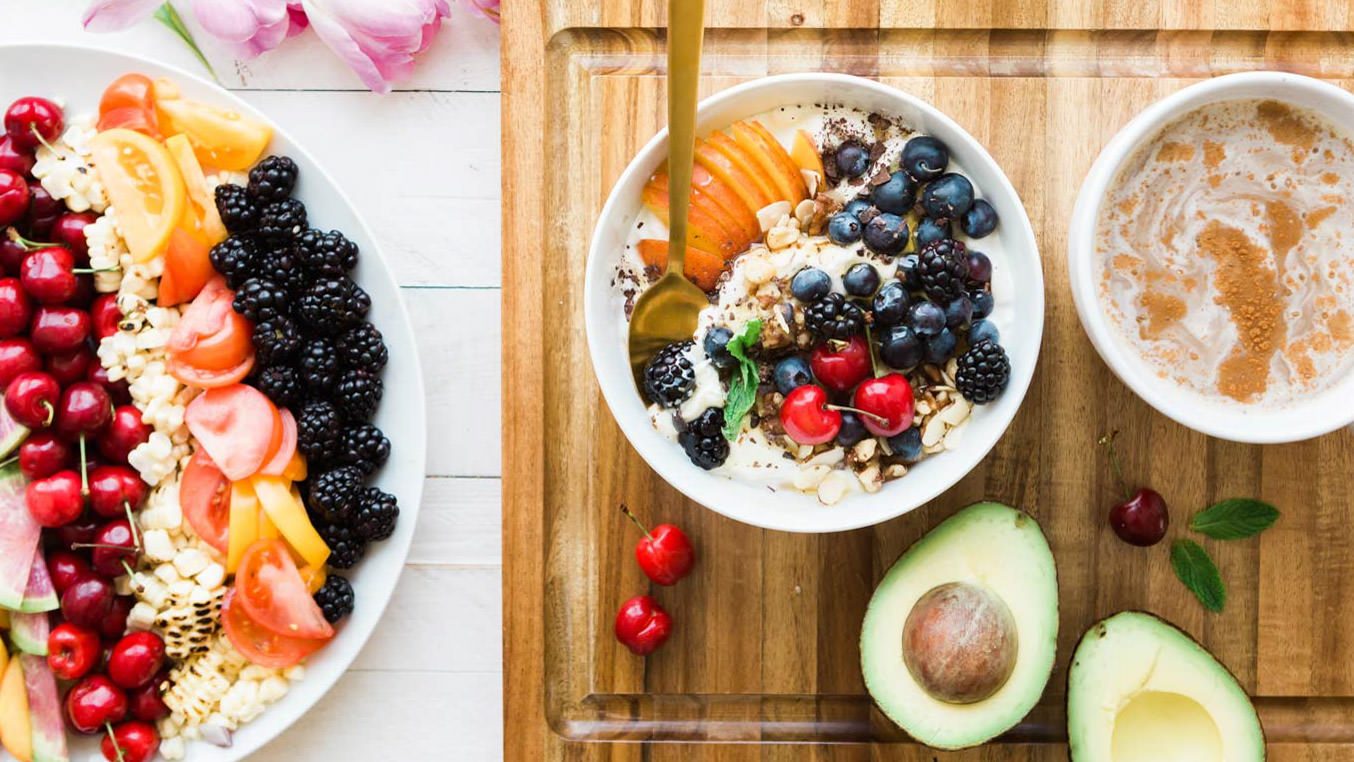 If you had a nutritious meal, and you didn't put it on Instagram, does it even count? Photo: Brooke Lark/Unsplash

With the rise of social media, there is added pressure on people, especially women, to portray the perfect approach to health. We have an inherent sociological need to differentiate ourselves into classes and identities, and this is now played out in our food habits.

"You can go for a walk just as much as you can buy sexy activewear. [People think] 'I'm far more sophisticated if I'm pictured with my green veggie and spirulina juice, than if I have a plain old orange juice'," Dr McMahon says. "At the same time, no one is going to post a picture of themselves going through the fast food drive-through.

"As nutritionists, we're trying to say it's actually the rest of your dietary behaviour that is the problem."

While eating clean is not inherently harmful, Dr McMahon says it can become dangerous when it starts to impact on an individual's social and mental health. According to the Dietitians Association of Australia, orthorexia is a condition in which an individual becomes fixated with eating a "pure" diet. Sufferers may obsess over what and when they eat, and may refuse to eat anything they haven't prepared themselves.

"Anything that requires significant food rules and restrictions on how you eat and when you eat is definitely a problem, because it creates barriers around normal social interaction and communal engagement around food," Dr McMahon says.

Dr Nadia Zainuddin is a Senior Lecturer in Social Marketing at the University of Wollongong, with a focus on health and wellbeing. Social marketing refers to advertisements that promote social good, with no intention of making a profit.

While the promotion of wellness and self-care is important, Dr Zainuddin says the health sector has become heavily commercialised in recent years. She says there's nothing wrong with an organisation seeking commercial gains, but the commercialisation of health can pose problems for consumers and often means that businesses do not have their best interests at heart.

"The only problem is when the company prioritises financial gains over benefits to people. In some ways, the wellness industry is capitalising on people," Dr Zainuddin says. "Rather than addressing the root causes of what's making people (especially women) so stressed, a lot of these products are treating the symptoms, not treating the causes. If people continue to have these issues, they will probably keep using these products and services."

At first glance, it would appear wellness is women's business. With crystals and detoxes entering the mainstream, women are taking their health into their own hands, but at a hefty price.

Gwyneth Paltrow has made more than $250 million with her controversial wellness empire Goop. The company has come under fire for its myriad unsupported health claims, including that bras cause breast cancer and women should steam their vaginas. Goop's most recent controversy was claiming that we should aim for our leanest liveable weight. 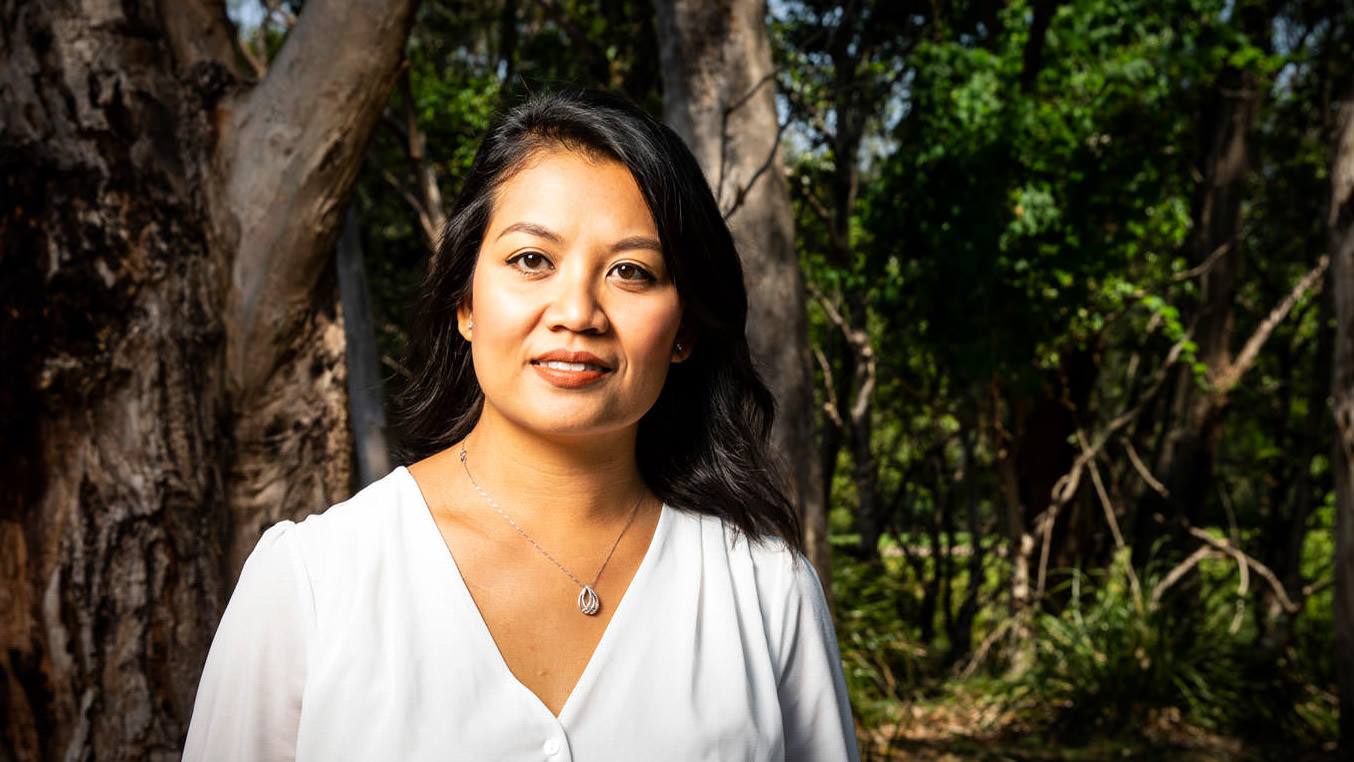 Dr Zainuddin is working on a research project that analyses why people are shunning traditional medicine for alternative wellness claims. She says while the wellness industry is necessary, it's clear that women are the target audience and we should be asking why.

"We can have a career, a relationship and a family, but if there is no equal division of that unpaid labour, it all becomes too much."

The marketing of wellness products by mum-bloggers and influencers tells women that they can achieve their work, parenting and self-care balance. Dr Zainuddin says the use of social media to sell this idea can be detrimental to the mental health of women.

Why men are missing out

But why is wellness, as a movement, typically marketed at women? Is it because men are not interested in self-care or because women are viewed as particularly susceptible to the charms of crystals and yoga retreats?

Dr Zainuddin's research has examined the differences in the way men and women act as consumers. While there are disparities in the way genders react to different advertising, she says it can be challenging when a universal need is marketed towards one group.

"What's problematic is when entire products or industries are targeted at one gender and not the other, when both genders can equally benefit from using them. Men equally need wellness as much as women, and if you look at the mental health statistics, young men are the most over-represented group in suicide. That tells us they are struggling mentally, and could actually use some wellness, but we don't see it marketed at men in the way it's marketed at women." 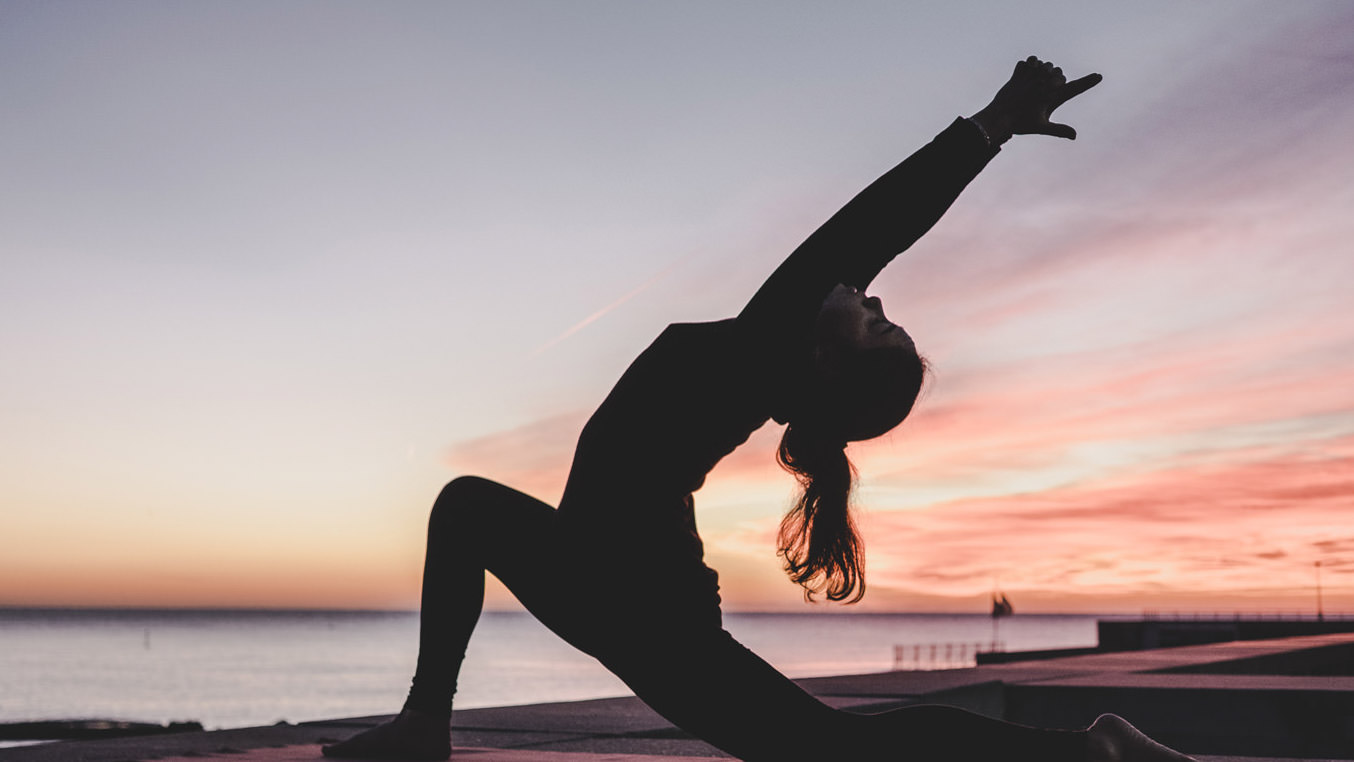 Consequently, men could be indirectly marginalised when it comes to mental health and self-care.

"There is a pressure on men to not show vulnerability, which then impacts their wellbeing. That might prevent them from seeking support or using services designed to increase that overall wellbeing," Dr Zainuddin says. "When you couple that with the fact that wellness products are marketed to women, it's sending a message to men that these products and services are not for you. If there is a wellness retreat, a man might not feel welcome, even though they too need to decompress and self-care."

When it comes down to it, wellness sells, and it is for everyone. It is big business, which only looks set to grow as more and more companies figure out how to monetize our health.

Yet good health - call it wellness, self-care, mindfulness, or whatever buzz word you want - is actually very simple, very cheap, and very effective. Eat well. Move your body. Get plenty of sleep and drink plenty of water.