Without it, the project might never have made it off the ground.

The University of Wollongong’s Desert Rose took out second place in 2018’s Solar Decathlon competition in the Middle East. But without the use of augmented reality, the project might never have made it off the ground.

So, here’s the challenge: build and design a house that is architecturally inspiring, celebrates life and is adaptable to an ageing person’s needs, particularly one with dementia.

The house should allow them to live independently for as long as possible.

Provide an innovative system for heating, ventilation, and air conditioning that uses solar cooling technology and takes advantage of passive design, so the inside temperature is never lower than 23 degrees and never higher than 25 degrees.

It needs to be designed in Wollongong but then placed in a Middle Eastern desert.

Welcome to Desert Rose and the Solar Decathlon House competition.

Clayton McDowell is a University of Wollongong mechanical engineering graduate who returned to project manage the Desert Rose project, leading a team of 200 students to win silver overall (and nine trophies) in the prestigious global competition.

“Over 10 months, I would have had no more than 10 days off,” says Clayton, who is now studying for a doctorate at UOW’s Sustainable Buildings Research Centre.

“But we stand among giants here. We are the only university in Australia who offer this learning experience to our students.

“We are also one of only seven teams in the world – out of 279 institutions who have competed – who have placed twice.”

With a project as innovative and complex as Desert Rose, mistakes are not only costly but time-consuming – and possibly fatal to any chance of success.

So Clayton used his experience building pumps for underground coalmines to model aspects of the building before construction.

It’s a technique called Building Information Modelling and has existed for many years as a two-dimensional model created on a computer using a program called Auto CAD. In the coalmines, this was not suitable.

“Once it’s installed, you can’t just go down with blowtorches to alter the structure, because you are in a gassy environment.”

In this environment, three-dimensional modelling – that allows you to walk through a structure, or to flip an object and view it from any angle – is standard practice.

So when Clayton came to work on the Desert Rose project, it was a small step to use augmented reality (AR) to test capabilities of the house by creating models and actually walking around the house.

“When you use this technology, our efficiencies and accuracies are dramatically increased,” he says.

“Although you spend some time creating models before you start building, it ends up being a much more efficient and cost-effective way of building a house.” 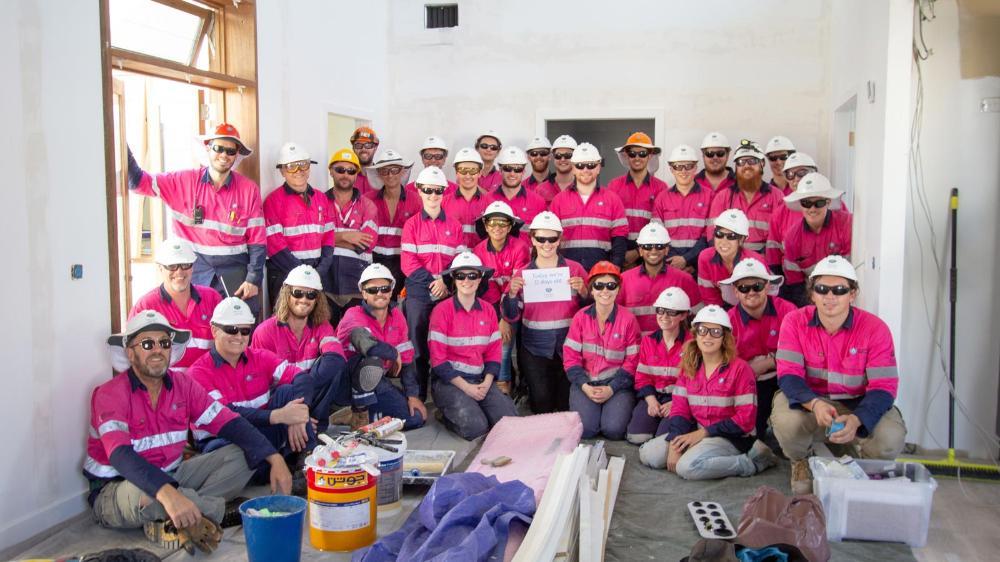 The inexorable, onward march of augmented and visual reality technologies in engineering is best illustrated by how the landscape has changed from the first time UOW entered a Solar Decathlon House competition, with the Illawarra Flame House back in 2013.

At that time, students and staff were challenged to retrofit a ‘fibro’ home, to transform it into a sustainable 21st century net-zero energy home.

The aim of the Illawarra Flame was to upgrade an existing building to inspire Australian homeowners and the local and national building industry, and to accelerate the development and adoption of advanced building energy technology in new and existing homes.

When they started working on the project, in 2011, augmented and virtual realities were still in their infancy and so their use was limited.

Professor Tim McCarthy, Head of the School at Civil, Mining and Environmental Engineering in the Faculty of Engineering and Information Sciences, oversaw both competitions.

“That first competition showed us that our students were not well equipped in building infrastructure modelling, the construction of a three-dimensional model of buildings on a computer,” Professor McCarthy says.

“We did an attempt at AR, where we used an iPad to navigate through our building and see through walls. Though we were able to do that, we didn’t make much use of it. It was simply something that we could do.”

That design competition, and Desert Rose, which followed it in 2018, showed that, increasingly, architecture and engineering could not be separated.

“If you want to achieve net zero energy in architecture, then the architecture and the engineering have to be done together,” Professor McCarthy says.

By the time of the Desert Rose sustainable house, the AR technology had transformed from something used as a glitzy, but largely useless oddity, to a technology that quite literally saved the project from failure.

“We find AR more useful that VR [virtual reality] for a number of reasons – but principally because you don’t leave the real world behind, and because you don’t have to create a whole world from scratch,” he says. “You can just create what you need to look at.’’

One of the abilities of AR is to superimpose the computer model of the building onto the actual construction, so discrepancies become immediately obvious.

When the Desert Rose team projected their computer model onto the framework at Innovation Campus, they discovered the actual structure was 40mm taller.

Normally, this would not be an issue, but the competition rules were strict about height. Very strict.

“If we had not picked that up at that stage, and lowered the floors to bring the height down, we would have been disqualified from the competition,” Professor McCarthy says. 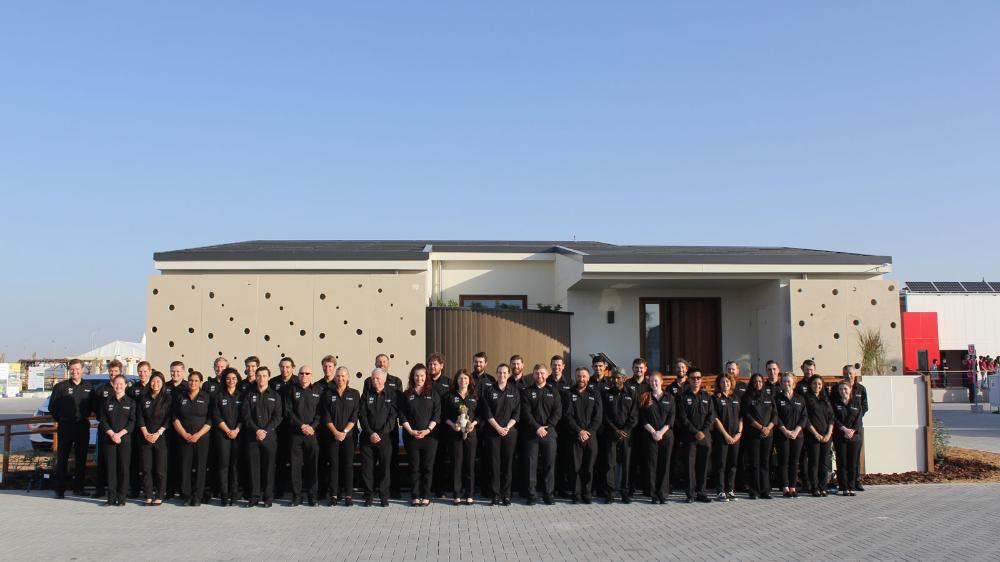 VR technology also allowed an occupational therapist to walk through the house, before the construction phase, and suggest changes to make the house suitable for those using walking frames, as well as those in wheelchairs.

While the standards for wheelchairs are well documented, they are less clear for those using walkers.

Next year, this decade of learning will result in a whole new course – a Bachelor of Engineering (Architectural Engineering) ­– designed to educate the next generation of engineers with architectural skills. And AR and VR will be at that heart of it.

The course bridges the gap between the professions of architect and engineer.

Using the lessons of the Solar Decathlon Houses, students will learn to create buildings – in the words of the prospectus that are “functional, efficient, beautiful, stimulating and have minimal environmental impact”.

The course will marry architecture not only with engineering skills, but from knowledge of materials, of structure and of construction.

The career opportunities created by the course are as varied as the skills taught, and include architectural or structural engineers, project managers, building certifiers and consultants.

“This technology allows use to experiment, to fail and to learn from our failures,” Professor McCarthy says.

“It also allows us to offer students exciting learning experiences that would otherwise be impossible.

“For instance, we can tour a building site using drone and VR technology and use this experience in class without ever leaving the campus, or exposing our students to the numerous associated safety issues.”

The Illawarra Flame house sits on the Innovation Campus and is open for bookings for anyone to stay.

The Desert Rose house is due to be constructed nearby this year and used as a research and learning tool, before it too will be open to the public to enjoy.

At the end of 2019, Desert Rose was recognised with two blue ribbons at the Green Gown Awards, the first and only award scheme dedicated to recognising excellence in sustainability within the tertiary education sector in Australasia.

The project won the 2019 student engagement award, and team leader Clayton McDowell won the Australasian Campuses Towards Sustainability Award of Excellence for a Student award.