Why Jade was never going to university

Jade Andrews, from UOW Batemans Bay, reflects on why she thought her education had ended with high school

The path to education is not always linear. Sometimes it twists and turns, faces roadblocks, and takes unexpected detours.

Jade Andrews knows this all too well. As the Careers Consultant - one of her numerous roles - at the University of Wollongong's Batemans Bay Campus, Jade spends many hours talking students through the peaks and troughs they face, to help them on the road to where they want to go.

But Jade has her own story about how she came to be in that role. Indeed, of how she came to be at university. Full stop. Now, she's happy to share her story, ahead of the annual World Access to Higher Education Day on 26 November, to highlight that high school does not decide the rest of our lives.

Ten years ago, Jade was a Year 12 student at Ulladulla High School, 45 minutes north of Batemans Bay. As a non-ATAR student, she never thought about attending university. It was, for Jade, a goal that seemed outside of her realm of possibilities; after all university was for a certain type, the smart kids.

"I never thought I'd go to university," Jade says now, as she sits in her cosy office in Batemans Bay. "I never gave it much thought, other than 'Oh, I can't go to uni, it's for smart people'.

"I cruised through high school getting okay marks. Because I wasn't going to university, there was no pressure. Lurking somewhere in the back of my mind was the idea that if I could go to university, I'd like to be a teacher. But I deeply connected with my non-ATAR status as a reflection of my intelligence." 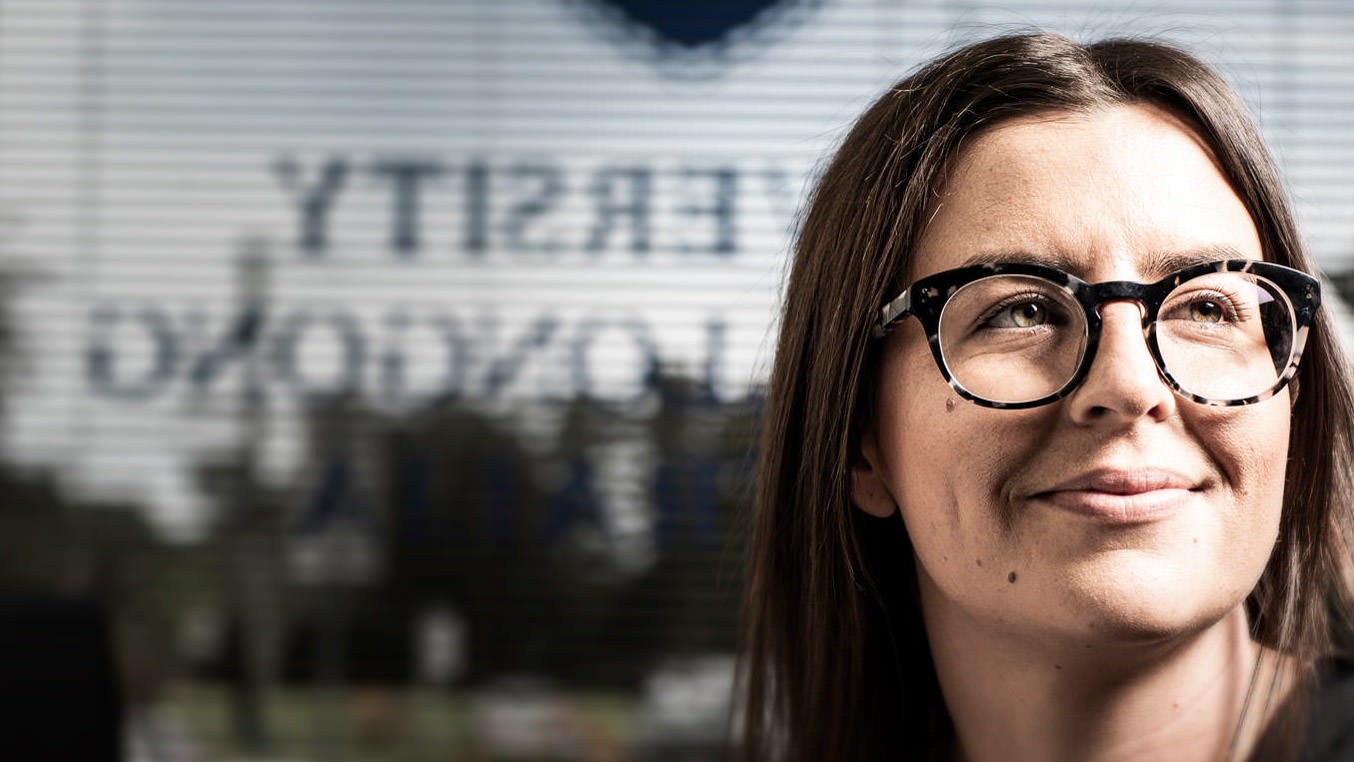 When she finished high school, Jade's future lay before her, the great unknown. One day, not long after finishing Year 12, she received a call from a neighbour who worked at IMB in Ulladulla. The bank was offering a traineeship but had not found the right candidate, and the neighbour thought Jade would be ideal for the role.

"I had to apply by that afternoon so I quickly pulled together a resume and sent it off. Within a few days I had an interview, and within a few weeks, I was inducted as a trainee."

Jade was good at her new role. She loved the job, the people, the environment. It was a turning point in her life. For the first time, she could feel her future starting to take form. Months later, she was awarded IMB Trainee of the Year. Less than two years later, Jade was Assistant Manager.

"Every day I was learning, new skills, new knowledge, while working and studying on the job," she says. "It was a real turning point for me. I was growing more confident each day."

Jade was with IMB for five years. But when her mother passed away, she took some time to plan her next step. Along with her partner, she spent six months in Europe, where the idea of a career change started to coalesce. Yet, everything she wanted to try required a university degree. Jade found herself at a proverbial crossroad.

In order to pivot to a new career, she needed to take the leap into higher education, but, as a first in family, wasn't sure how to take the first steps.

"My family are incredibly supportive and wonderful people, but university was never a conversation that happened in my home," Jade says. "Neither of my parents, nor my older brother, went to university. I believed no-one in our close circle had been, and I didn't have the tools to spark conversation around this topic. In all of our minds, university was for people who are highly intelligent. It was an idea that was squashed very quickly by those around me.

That call was a nerve-wracking moment for Jade, who felt so utterly defined by her non-ATAR status.

"When the person on the other end of the phone asked if I could remember my ATAR, I crumbled. I thought it would be the end of the conversation. But when I told them I didn't get one, they simply said 'No worries' and offered me a different path. University for me was a chance to redefine my non-ATAR status, and with quite a lot of self-pressure and determination, I did this."

Enrolling in a Bachelor of Arts, with the aim of later pursuing a Master in Teaching, Jade was on the road to becoming a primary school teacher. But as she gained more confidence in her abilities, that aspiration, too, started to shift.

"I am a goal setter, so I would set goals before I started, with things like 'If I get a mark over 70, I will buy myself a new pair of jeans'."

Jade discovered a love for English literature - and choose that as her major - before considering a career in high school teaching. Then, after undertaking work placement with Eurobodalla Family Support Services, Jade began to think about a future in social work.

Yet, one day towards the end of her studies, Dr Saskia Ebejer, Jade's lecturer and the Master of Teaching Coordinator at Batemans Bay Campus, mentioned that they were looking for a Careers Consultant, and she thought Jade should consider applying.

"I had a 'Who me?' moment," she says with a laugh. "Saskia told me she thought I would be good at it. I started the job in January 2017 and I absolutely love it." 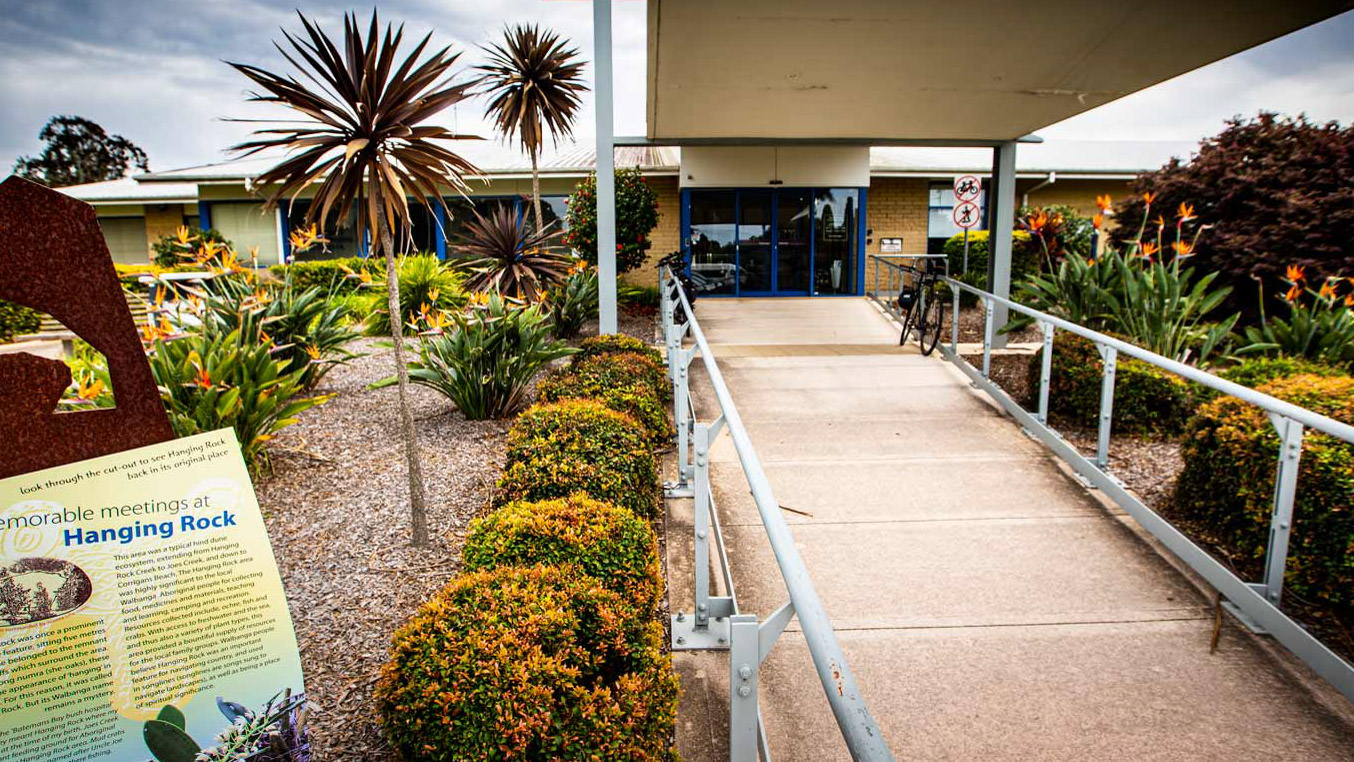 Three years on, Jade has become a jack of all trades at the regional campus. In addition to being a Careers Consultant, a role that sees her guide students through their degree and find their path post-study, she is now also the Regional Outreach Officer and UOWx Project Officer.

"I wear many hats, but luckily the roles are all really well connected. I love the diversity. Every day is different.

"Some days I am out in the community, meeting with school students as part of In2Uni, other days I'm in the office, or helping with UOWx. I've also started working on research projects with the Outreach and Pathways team at Wollongong, so that has been really interesting and exciting as well, to take on more of an academic role.

"I have had an incredible mentor in Jaimey Facchin [Batemans Bay Campus Manager], who has really helped me along the way. She is a powerhouse who never gets stressed and that has really rubbed off on me too."

Jade's enthusiasm for her roles is infectious. At the campus in Batemans Bay, she is a warm and friendly part of the team, among both students and staff. That welcoming vibe is what she loves about working in Batemans Bay.

"Most of the staff members have also been students here and we really pride ourselves on the supportive environment. There's a family spirit going on here," Jade says.

"It is an environment that also empowers the students to do their best. We know the students well, we are aware of where they are at and how we can support them."

On her desk are a bunch of flowers and a box of chocolates, gifts from a Year 12 student who was grateful for Jade's help in preparing for university. It is evident that she is playing a large role in helping students throughout the region work towards a life beyond high school. She truly treasures being able to help students, of all ages, to imagine a bright future through the University's In2Uni programs.

"Research shows students are making decisions about career aspirations from as young as 7 years of age," she says. "We want to be able to build upon those aspirations from an early age. We want to get them familiar with the university, and see it as a place that is familiar and open to them."

Jade is about to finish a Graduate Certificate in Career Education and Development, and her plan is to take on a Master in Education next. 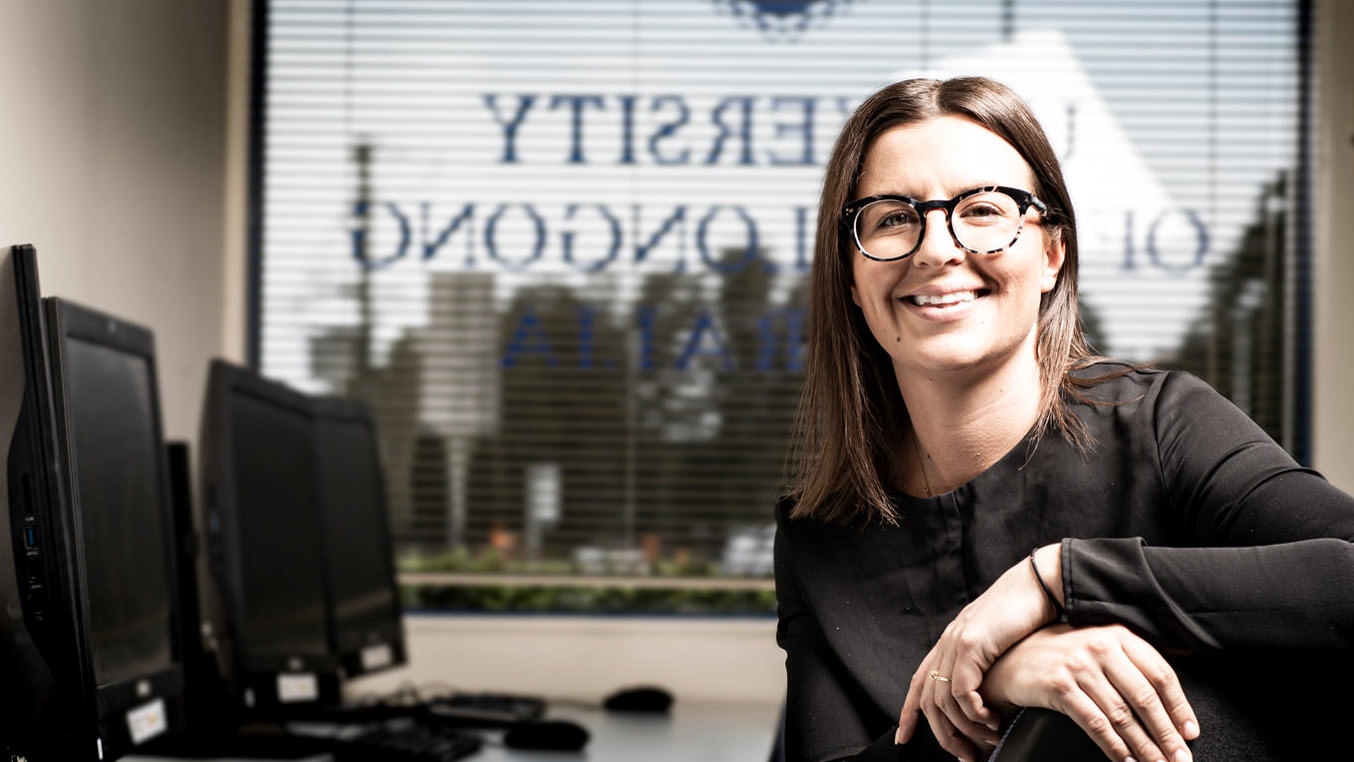 She was the first in her family to take on tertiary study, but is not the last. Her younger brother is also now studying to be a teacher, inspired by his sister's achievements.

"It feels heartwarming to be able to provide him with the listening ears and the reassurance most university students need, despite him doing so fabulously by himself."

It is all a long way from the 18-year-old who never imagined herself at university. Now, when she is helping students - whether they are primary school kids imagining their futures or university students working through their degree - to navigate the path ahead, she is able to put herself in their shoes and encourage them to look beyond their insecurities or doubts.

"I have learnt so much about myself since coming to university," Jade says. Language is incredibly powerful, and the words we say may influence the way someone sees themselves. I've learnt to believe in myself and to be that belief in others.

"If I had known 10 years ago that I would be working at a university, I would have thought that you'd have the wrong person."