What it means to be an older, single woman today

No superannuation. A lack of affordable housing. Health issues.

These are the circumstances facing a growing number of single women aged over 65.

At 50 years old Maggie Sydenham found herself unemployed and unemployable. Her housing situation was tenuous and she was alone.

Her case wasn't unusual at the time, and 25 years on, there are now an increasing number of single, older women facing similar futures.

"I had moved back to NSW from Darwin where I had been working for eight years, but I found I was now unemployable. I had had almost 50 jobs in my life but couldn't get a job because I was 50. I was depressed by that. I was put on a Newstart allowance and felt quite useless," Maggie says.

"This is what older women face - feeling useless if they can't get work and if they do get work it is usually soul-destroying work. I wasn't [formally] qualified for anything and a lot of women my age didn't work all their married life. 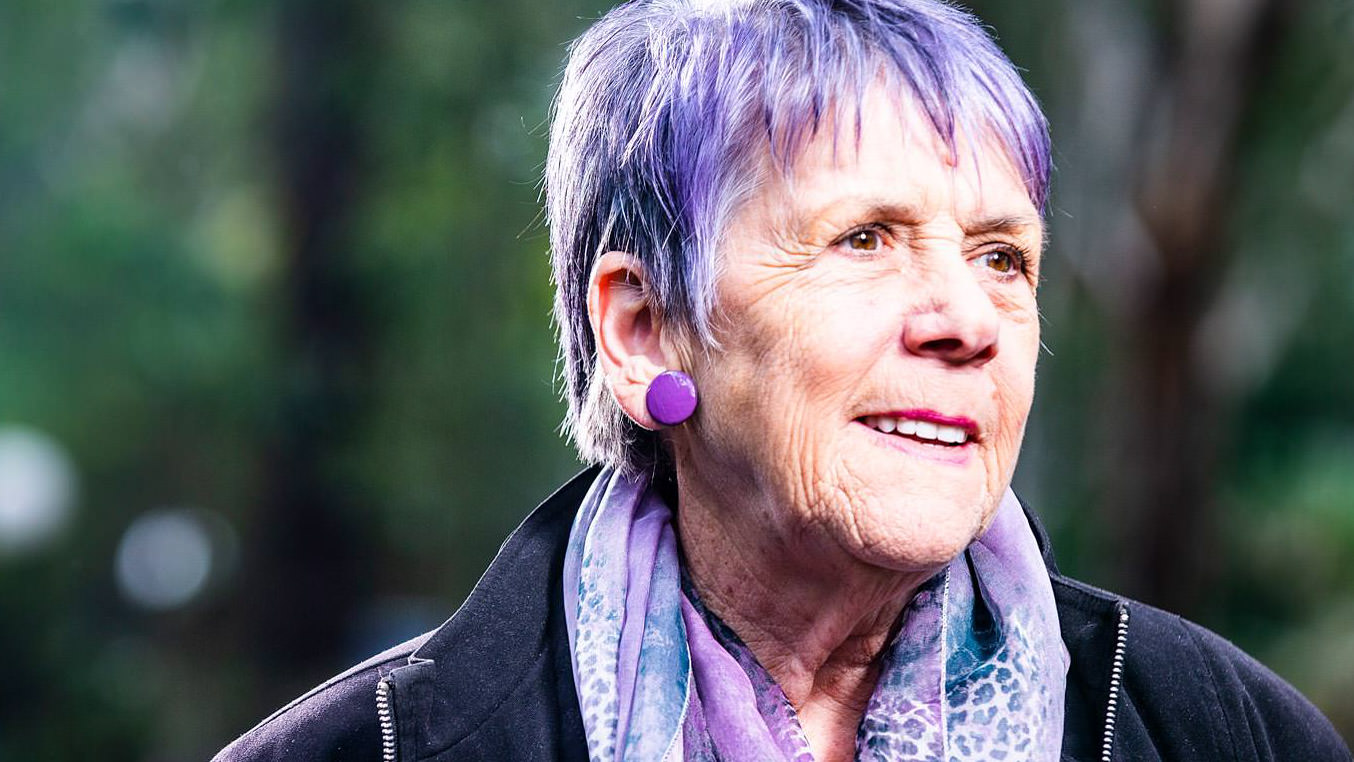 "I wanted to stay home and look after the kids. If we needed extra money I would go and find work for six to eight months to pay the bills, but I had no superannuation.

"And if you get divorced and don't get a fair settlement off your partner then you're pushing shit uphill. Women have to work a lot longer than any bloke and that was the problem I was facing."

Now, at 76, Maggie is a University of Wollongong Bachelor of Arts student, majoring in History and Sociology, and is hoping to continue her higher education once she graduates.

But older, single women are a growing demographic of our community, and the struggles they face are only now being recognised and calibrated by researchers and policy makers.

The accumulation of the gender inequalities that faced older women during the spring and summers of their lives is becoming more evident as they age. Although Australia ranks in at number 17 globally in the health status of people over 60 according to the 2015 Global AgeWatch index, it is in the bottom third of 96 countries in regards to the income security for the same age group.

For Australian women the figures are even worse. According to the HILDA report from the Melbourne Institute, in 2019, more than 30 per cent of single women over 60 were living in permanent income poverty compared to 29 per cent of single men.

It's a well-known and acknowledged fact that women still retire on less income from superannuation than men - around 37 per cent less - because of disrupted employment histories. By age 65 women have retired with about one-third of the superannuation of men and government benefits accounts for 60 per cent of their income. 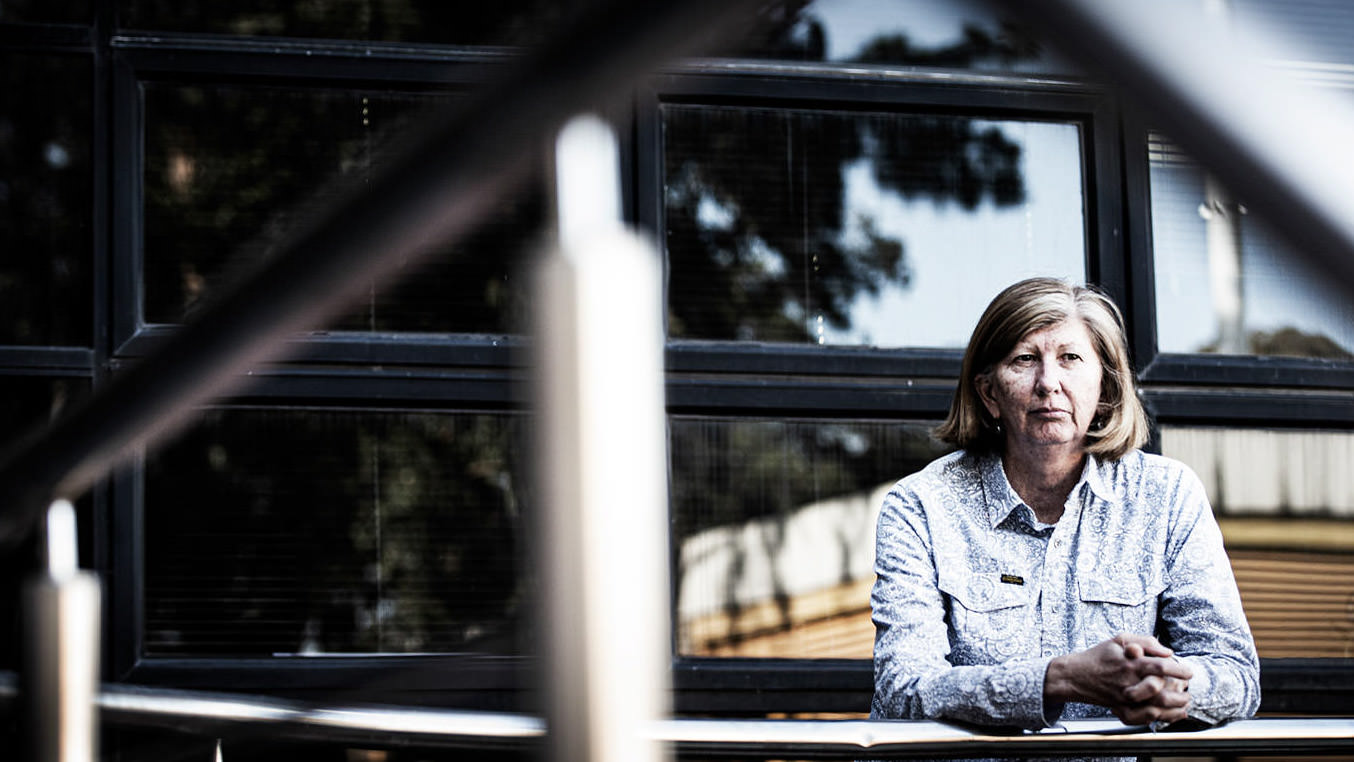 Dr Theresa Harada, from UOW's Faculty of Social Science and the Australian Centre for Culture, Environment, Society and Space (ACCESS), has been researching one of the biggest challenges single, older women in Australia are currently facing - housing costs and the risk of homelessness.

"The most recent journal articles today are on the precarious nature of housing for single, older women," she says.

She recently completed a project with the Sustainable Buildings Research Centre, based at UOW, and several housing providers to investigate how energy efficiency in social housing can help alleviate some of the challenges that women are facing as they age.

"The project we conducted in Port Kembla looked at the energy efficiency of social housing gave us a good insight into the hardships that single women are enduring - both physical and mental," Dr Harada says.

"The underlying problem for women is first of all the gender pay gap which still sits around 17.5 per cent and one of the consequences of that is they accumulate less superannuation. When women take time out from work due to family commitments they often come back into lower paid, more precarious work, and combined with family breakdown and less support from the family and friend networks and issues of domestic violence, single women are faced with many challenges in regard to housing affordability."

The social impact of housing and poverty

Dr Harada says that according to a housing report by Anglicare Australia in 2018, a scan of 1850 rental properties in the Greater Sydney Region found that only six were affordable for a single person on government assistance and only two were affordable for people on a disability pension. 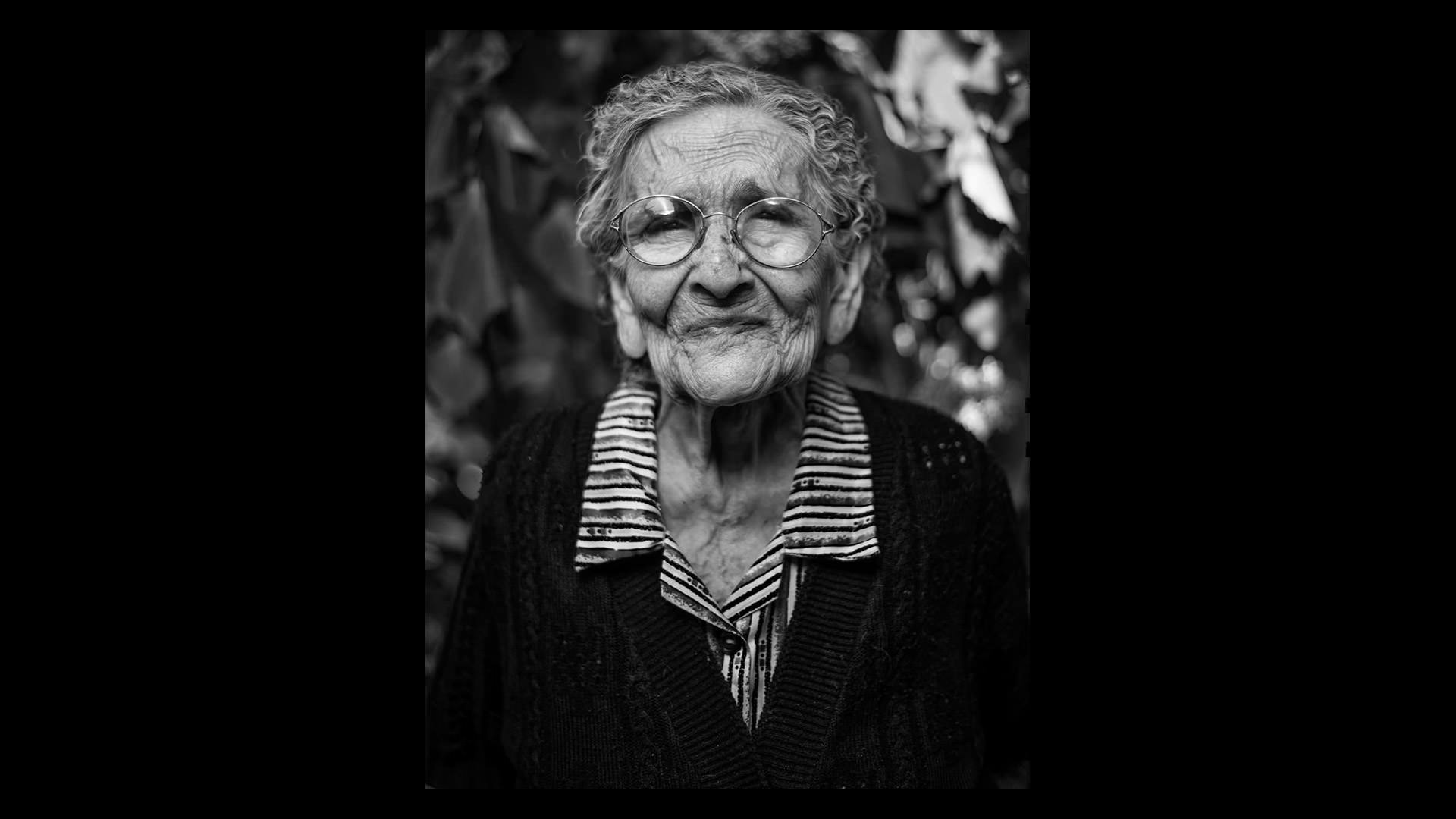 "No rental properties were affordable for those on Newstart which is what most older women over 60 are forced to live on," she says.

ABS census data showed that between the 2011 and 2016 there was a 31 per cent rise in homelessness amongst older women. Dr Harada says in 2018 there were almost 7500 single women who classified themselves as homeless and another 6000 living in precarious housing - and those figures would be on the conservative side.

"In Australia the divorce rate is around 48 per cent for first marriages, and 70 per cent for second marriages which correlates to a greater number of single, older women looking for affordable housing," she says.

"Housing is important for sustaining your identity, independence and ideas around family and for those that end up in social housing, and with only a small payment from the Government to live on, the majority of their income goes towards rent.

"The next biggest cost is electricity - it's the heat or eat scenario. Not only are these people sometimes going without food for several days, they are living in cold and inefficient housing which impacts on their physical and mental health; they suffer high rates of anxiety and are often socially isolated."

It's the physical health of older women which interests Associate Professor Louella McCarthy from the School of Medicine.

One area of Professor McCarthy's research is the social determinants of health and working with students to think beyond the clinical aspects of medicine and consider their patients' social history.

"One of the major determinants of health is gender and being a woman has major implications on health because of the way society is structured," she says.

"It's not just the biological factors but the social factors that increase the risk of ill health. Older, single women have had a life-long experience of a lower salary which leads to a poorer retirement and old age. Women are more liable to suffer from violence - domestic or stranger violence - and that has implications for mental health.

"Ageing women have fewer resources, and also have access to fewer resources, they have less superannuation, not as much property as married women. Women may live longer but they also lead sicker lives with many more years of chronic ill health." 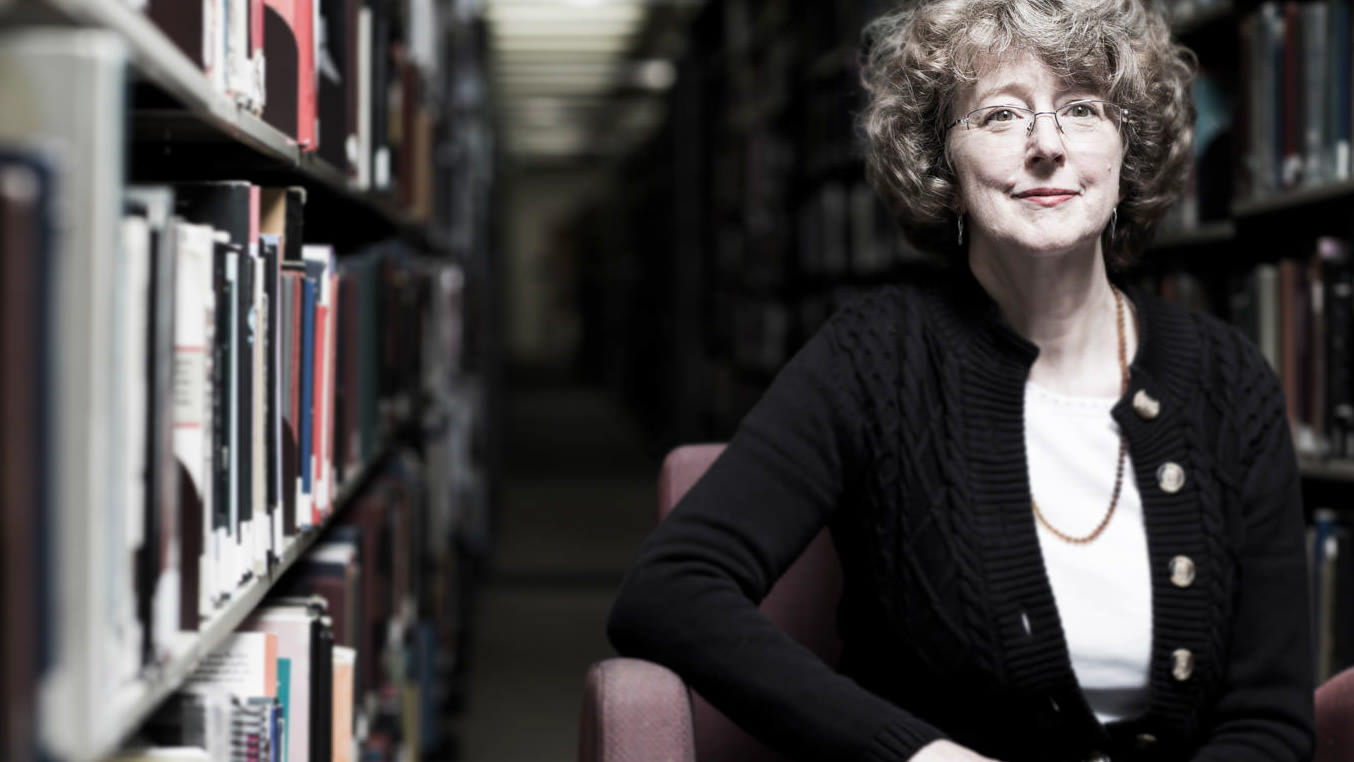 Professor McCarthy says things are improving for women - although it is a slow change.

"There is a growing recognition now that women have a right to be in workforce, they don't have to resign when they get married. There is also more equity in higher education rates. For example, in medicine the ratio for men and women is 50/50," she says.

"Despite this, women are still often carrying the double burden of home and work and for older women there is the additional role of caring for aged parents."

Although there is now a social welfare system in place for those who need it, Professor McCarthy says the question that needs to be answered is whether it is sufficient, especially for older women.

"We need to look at how we can strengthen what we do to ensure that women have bit more support in retirement and old age. If we look at the medical literature of the 1950s, women's health issues were dismissed as being all in the mind. Now medical education is responding to the needs of older women and that is why we are teaching social determinants of health," she says.

"On the other hand there are still issues around the unintentional way that gender influences the way a diagnosis can be made. For example, cardiovascular disease. Men are much more likely to be treated for cardiovascular disease than women. This has been an ongoing struggle as the male body was historically taken as the exemplar and the process of extrapolating information from them to apply to women's health has been shown to be wrong. Now it is a requirement that researchers have to show that both sexes have been addressed."

A turning point for Maggie

For Maggie, the crunch came in 2009, when she was diagnosed with a spinal tumour and underwent complicated surgery. She was warned the surgery could potentially be fatal or could result in quadriplegia if she survived.

"I woke up [from the surgery] and wasn't paralysed and although I was quite incapacitated for a while, I decided I was going to do something," she says.

Maggie started researching her genealogy, self-published a book, Getting Older, Getting Better, and achieved her Distinguished Toastmasters ranking before deciding to enrol to undertake a Bachelor of Arts degree.

"Apart from when I had children this is the second happiest time of my life. I feel so independent and I meet a lot of women who are doing and feeling the same way," she says. 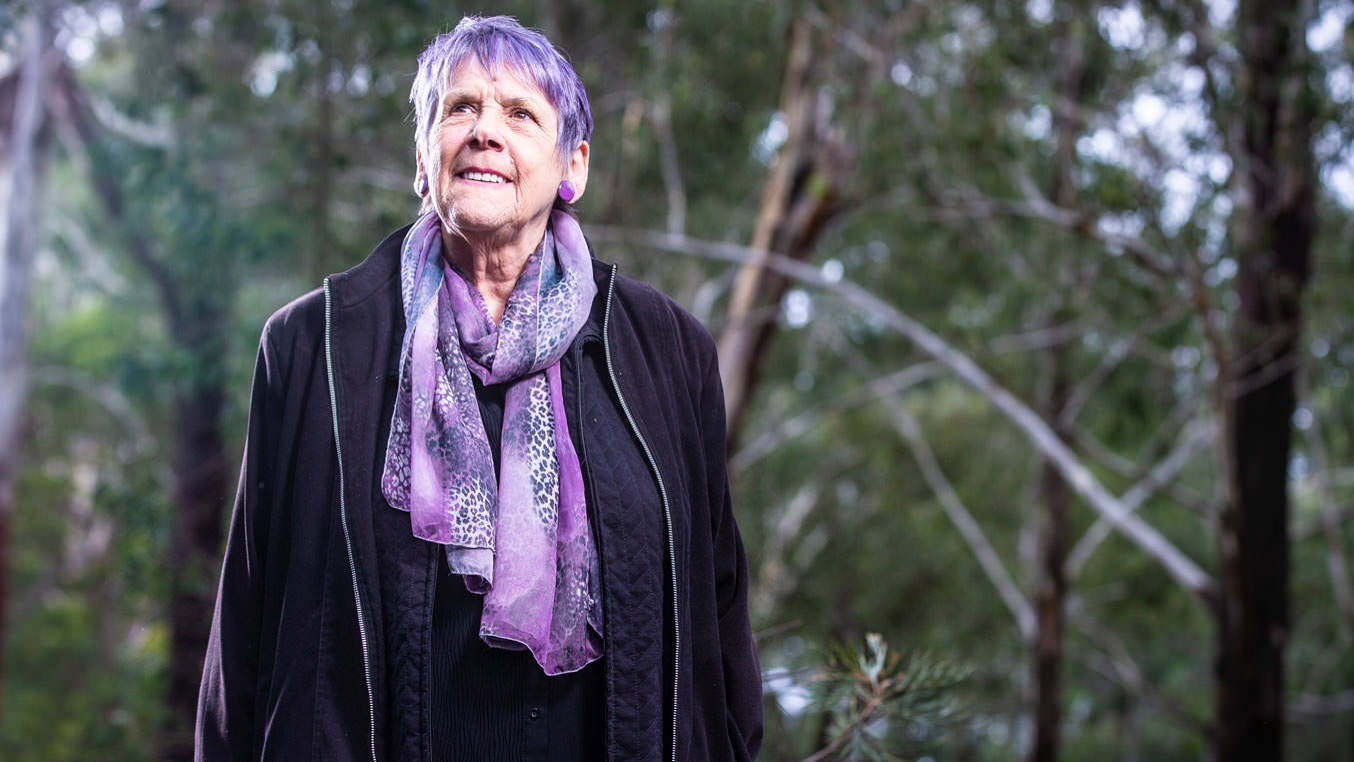 She is now hoping to study for a PhD looking at the plight of single women in Australia since settlement.

"I will look at a number of different cohorts, especially single women - 20th Century women, Indigenous women, suffragettes, 21st Century women and look at the contrasts of their lives," she says.

"In the 21st century women are generally better off than any time earlier. My great grandmother had seven children, four died before the age of five, and only my grandfather lived long enough to have two children.

"My great grandmother died when she was 28. Women throughout Australia's settlement history have had it really hard and they have not really been acknowledged for the sacrifices they made.

"This century women are starting to come into their own. There are more opportunities and better education. There is always going to be those who fall through the cracks, those that are ill or abused or destitute but on the whole, women now have got it much better and I am optimistic about the future."