I speak because I can

The experience of raising her disabled son has drawn a UOW linguist into unusual territory – where communication is non-verbal and families are silent.

Strange that a linguist - and a good talker and conversationalist to boot - should find her life's course set by someone who never talks.

Bodhi never talks. But he's a passionate communicator. He almost never shuts up. He uses sounds, gestures and pointing. He has a picture communication system that he is never without.

And that's just the start of it. There was a time when he would gain people's attention by pulling their hair. It worked. Or by poking them in the chest, or the genitals, or the breasts.

Or he would go up to girls on the beach, place his mouth on their belly, and blow a raspberry. Other times he would break furniture, hurt other people, and sometimes he hurts himself if he is incredibly frustrated - usually because someone hasn't understood what he's trying to communicate.

A world so intense, so private

It's a world that is so intense, so sleep-deprived, so constant, so isolating, that if you haven't lived it, the imagination does not have the power to fill in the gaps.

"Bodhi taught me to appreciate the humble cup of tea," Dreyfus said. "I used to save my errands up because he loves visiting people but he doesn't have a long attention span. If I was with Bodhi, I could never sit down and relax. We always had to keep an eye on him."

For all that time, Dreyfus and her partner lived the life of all carers - committed, hard-working, relentless … and silent. She hopes that will begin to change with the publication of a paper in the Journal of Intellectual and Developmental Disability, which explores what carers says about their lives as they navigate the National Disability Insurance Scheme (NDIS) managing care for a family member with an intellectual disability and challenging behaviour. 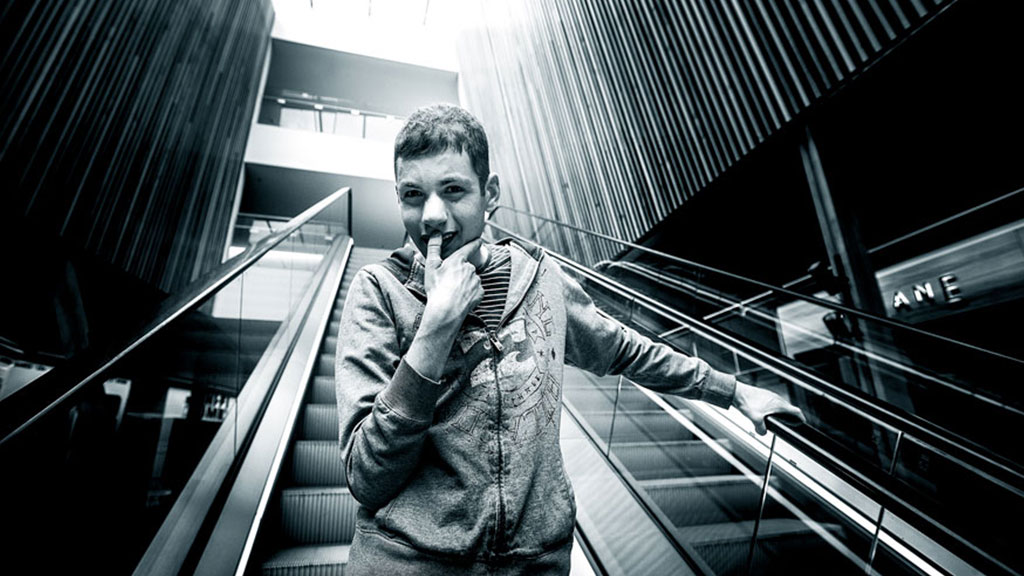 Analysis of 'I' statements

Shoshana has taken her linguistic analysis to a series of 26 interviews she conducted with carers of family members with intellectual disabilities. She analysed "I-statements", phrases that begin with "I" followed by an action. From a linguistics point of view, language is indicative of behaviour; people talk about what they do.

While other research has described the day-to-day challenges for families caring for a member with intellectual disability, it's the I-statements that show what people actually do to navigate those challenges.

Dreyfus interviewed mostly mothers, who ended up telling her far more than her structured questions had required and finished with a rare set of data that gives a window into this largely private life.

"We wanted 50 interviews but we couldn't find that many carers who had the time for an interview. What does that tell you?"

The research, led by Professor Leanne Dowse at the University of NSW, looks at rapid transformation under the influence of the NDIS, a wholesale shift from bulk funding of services to person-centred care and individualised budgets.

It's also the first piece of Australian research into families' experiences of behaviour support services, an approach that looks at the person and their needs, including social interaction, communication and comfort, all of which are meant to improve quality of life for the person with challenging behaviour and their families.

This is typically performed by a behaviour support practitioner, a person who may be an occupational therapist, a speech pathologist, sometimes a psychologist, or perhaps a teacher's aide or former group home worker. There is no peak body for these important professionals, no accreditation service, no one specialist training, and an internecine war of ideology among many of them.

"We were trying to understand families' experiences of behaviour support - who gets it, what works, what doesn't work and what families say about what constitutes a good, bad or mediocre service," Dreyfus says. "The point of the research is that there is no Australian research into this and until the NDIS, every state administered it differently."

The overall impact from this research aims to help policy makers be more open to providing a system that supports not only the person with disability, but also the families who support them. 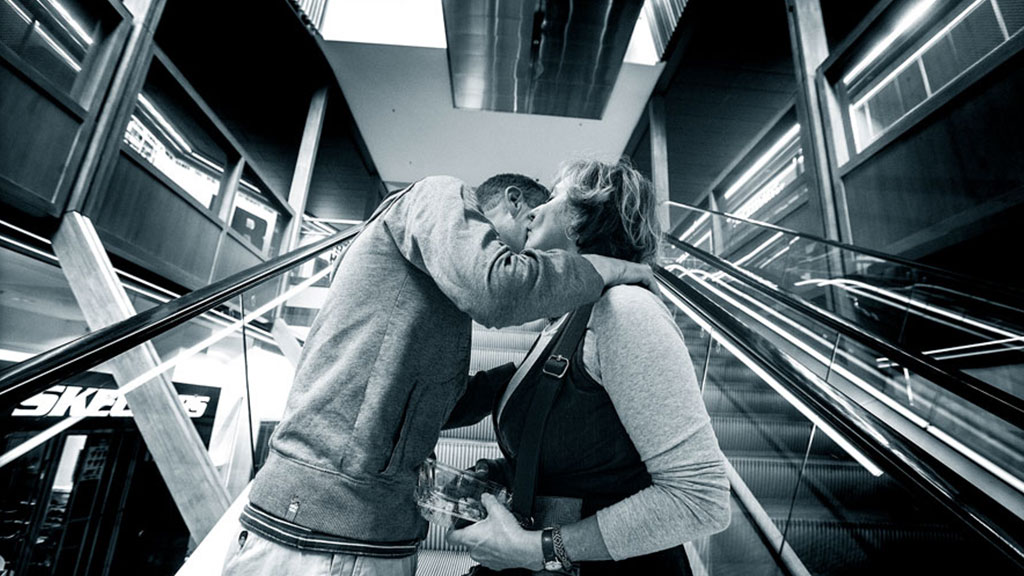 "These families are under a lot of pressure and I feel like I am carrying the flag for them." - Dr Shoshana Dreyfus, with son, Bodhi.

While families with disabled dependents largely welcome the new system, it does require family members to become expert in sourcing their own services, often at a time when survival alone seems hard enough.

The themes are broad but dig a bit deeper and the untold story of these families' lives is thrust into the light. Countless hours spent doing the mundane, repetitive administrative and organising activities involved with managing the family member's needs. Self-education to better handle challenging behaviour.

Demanding accountability from unsatisfactory support services. And major life changes, such as moving location or changing jobs to be closer to support services. It all adds up - physically, emotionally, financially - what Dreyfus and Dowse call the "cumulative effect". It brings to mind a saying about straws and the backs of camels.

While making visible the lives and challenges these families face is vital in holding the support services to account, it also raises another but no less important issue. Placing responsibility on carers, mostly mothers, to be care-coordinators and advocates is rendered "informal support" under the NDIS.

The logic being that if no one is writing a cheque for the work, then it doesn't have a cost. It just happens.

Dreyfus and Dowse give this idea short shrift. They call it "a misnomer that obscures the often-totalising impact of these processes on families and, at its most pernicious, a discourse that de-authorises and erases recognition of the additional labour of parents, mostly mothers, of people with intellectual disability who have behaviour support needs".

"These families are under a lot of pressure and I feel like I am carrying the flag for them," she says. "The lives of these families are often invisible but it's a tough gig, so I guess I am trying to make it visible so something can be done about it." 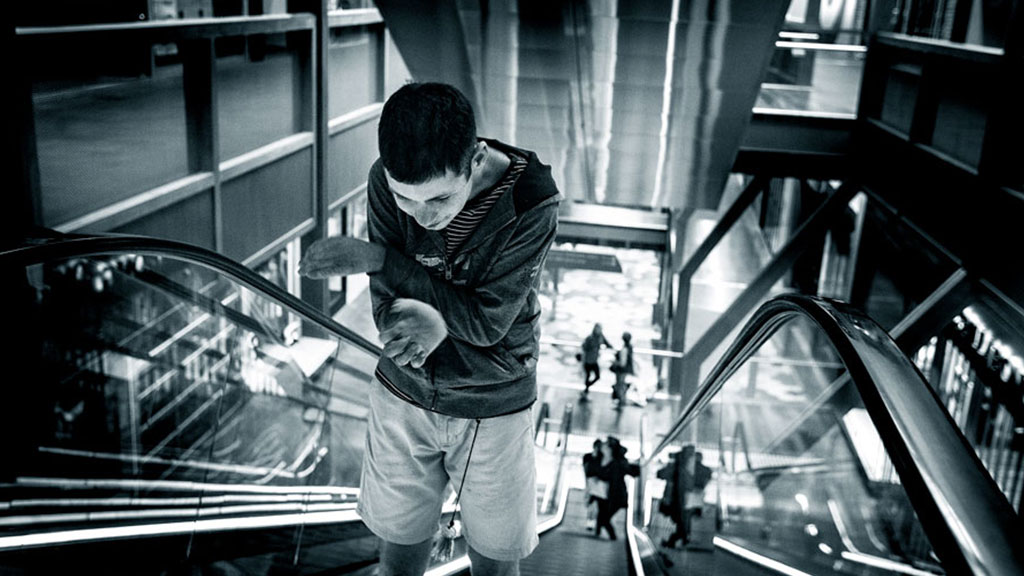 "Bodhi is such a joyous character in himself. He loves life, he loves people." - Dr Shoshana Dreyfus.

Flying the flag for families

Dreyfus knows first-hand how hard it can be to negotiate a system whose intention is to support the families who need it most. It wasn't always this way. Dreyfus gained a scholarship to do her doctorate in linguistics - in language - but then went to a conference called Language, Brain and Culture, where neuroscientists talked to linguists.

"All I could think about at the conference was why my son couldn't talk," she says. "The information goes in but he's not able to put it out. I ended up doing a linguistic case study on his non-verbal communication to try and work out what kinds of meanings a person can make when they don't have language and they have a severe intellectual disability.

"And what kinds of meanings they can't make. What is interesting about this story is how my professional life and my personal life have come together. A lot of people that I know in the field of disability have a family member, close or a bit distant, who has a disability. It opens up a world in you that you otherwise wouldn't be in contact with."

Her next piece of research in this field is looking at what families say when they say, "I don't", "I can't", "I couldn't", and "I didn't". Although still in the early stages, it's already yielding interesting insights. The most common word used after "I didn't" is "know" - "I didn't know".

Dreyfus sees herself as a reluctant pioneer here, hoping to eventually get the University to address "I didn't know" by starting courses in disability studies.

"I feel in a position of privilege and luxury," Dreyfus said. "Not only do I have my full capacity, I can speak for myself, and I have a permanent job. I feel a sense of moral responsibility to speak for them and for families. I couldn't have done this when our son was living at home. I didn't have the time, space or energy.

"He's moved out now and I don't want to let him, or families like mine, down. Because I can do something. I can speak to people like you, I can do research, I can write papers. I can barrack for them." 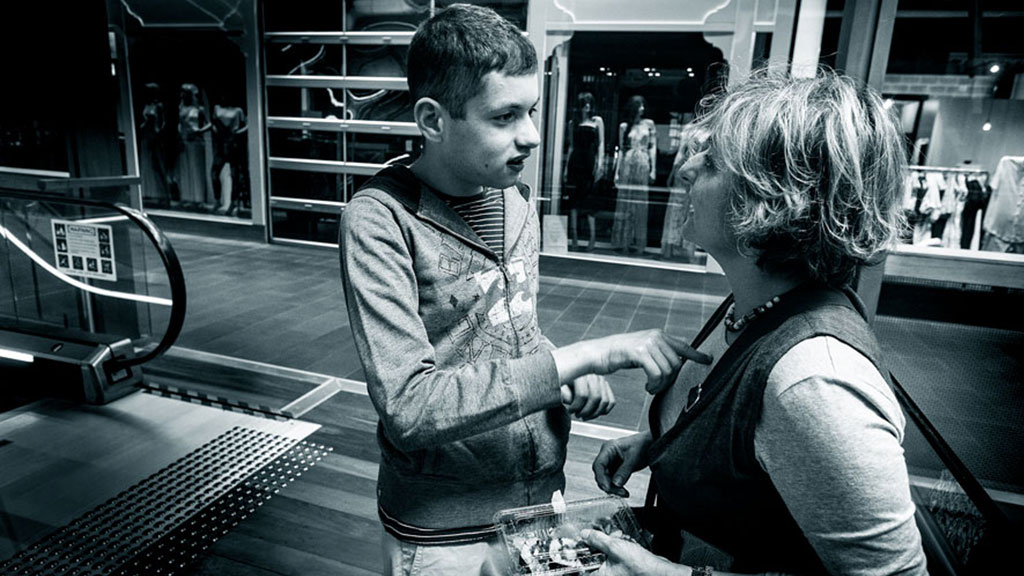 "Bodhi taught me to appreciate the humble cup of tea." - Dr Shoshana Dreyfus.

Although raising a child with an intellectual disability is harder than most of us can fathom, an article such as this would lack balance if all it saw were the problems. There is joy too.

"Bodhi is such a joyous character in himself," Dreyfus says. "He loves life, he loves people, he's a happy chappie, he's fun to be around, he loves going out and about. He's happy to communicate with anybody who communicates with him. He's like a really good fun toddler. If you get him in the pool, you can't get him out.