From refugee to GP

Ram Khanal was raised in a Bhutanese refugee camp. Now the student of medicine is working to bring healthcare to those in need.

Ram Khanal took his first breaths in a refugee camp in Nepal, where he was born in 1993.

His challenging reality came about after his mother and father were forced to flee Bhutan to escape government persecution for their Lhotshampa ethnicity.

They were among thousands of southern Bhutanese who were pushed out of their homeland by King Jigme Singye Wangchuck as part of an ethnic cleansing policy. Seven camps were set up by the United Nations High Commissioner for Refugees (UNHCR) and by 1996 the displaced population swelled to more than 100,000 refugees resulting in overcrowding. 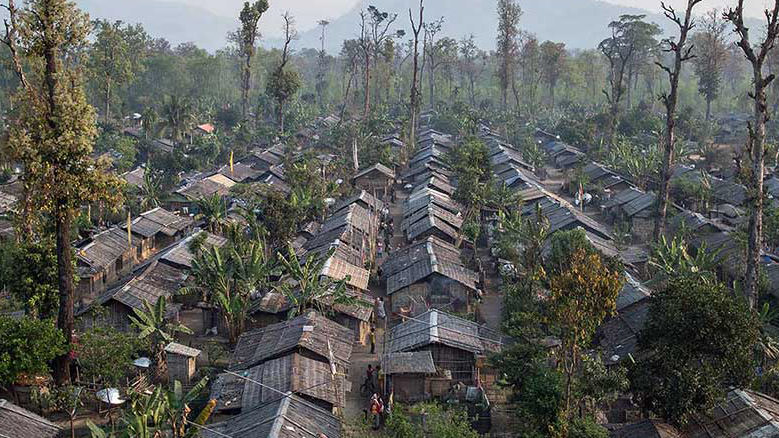 With a life filled with fear and uncertainty, his view of the world was shaped by 16 years of living in unsafe limbo, surrounded by poor health conditions and unnecessary death.

Ram was exposed to some of life's darkest experiences; in addition to senseless loss of life, he witnessed malnourishment, violence against women and children, and marginalisation while living in the confines of the camp.

Survival of the fittest

The 24-year-old former refugee and University of Wollongong post-graduate medical student says every day in the camp was not about living, it was about surviving.

"It was about being vigilant and as a child it's not something you should have to worry about. You have the freest mind when you're a little kid, but when you're in a refugee camp it's different, you have to be vigilant about what you do and where you go," Ram explains.

Despite growing up in tough conditions, Ram considers himself fortunate to have had access to some level of education.

"There was a school run by the UNHCR, but it wasn't really a school to be honest. One thing I'm really grateful about was having a place to go and engage myself, as opposed to a lot of adults who had no way to keep themselves occupied," he said.

Despite having access to a basic level of education provided by the elders living in the camp, who had no formal teaching qualifications, Ram didn't learn English properly until he came to live in Australia. 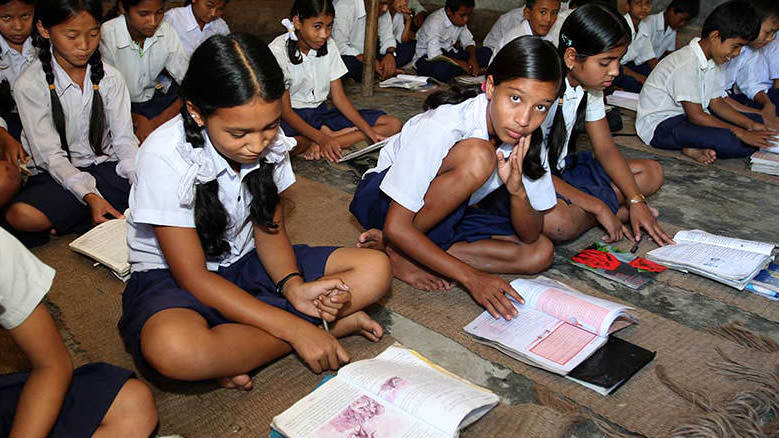 In his early years, he witnessed family and friends dying around him from very minor ailments due to a lack of adequate medical care, which he felt helpless to do anything about.

"It was so saddening, especially when you know they died because they couldn't get the proper care they would've got if they were in Australia.

"So it was hard, seeing people die, young and old. I had this thought that it was a very unfortunate situation, I wished I could do something, but I knew it was all out of my control, I was only a young boy.

"You have so much hope for yourself, you dream big and for me, I wasn't sure if I would be able to achieve my dream.

"I said to myself if I ever got an opportunity for a proper education, I might as well try to see if I can become a doctor because this is really what I want to do. So that's how my desire to be a doctor came about."

A new life, a new education

In 2009, after 16 years in the refugee camp, the UNHCR negotiated resettlement for his family in Australia - one of seven countries who formed a core group of nations to assist with the Bhutanese refugee crisis.

Ram's mother and father, Naila and Nila, and his three brothers were successfully relocated and settled in Albury in southern NSW. 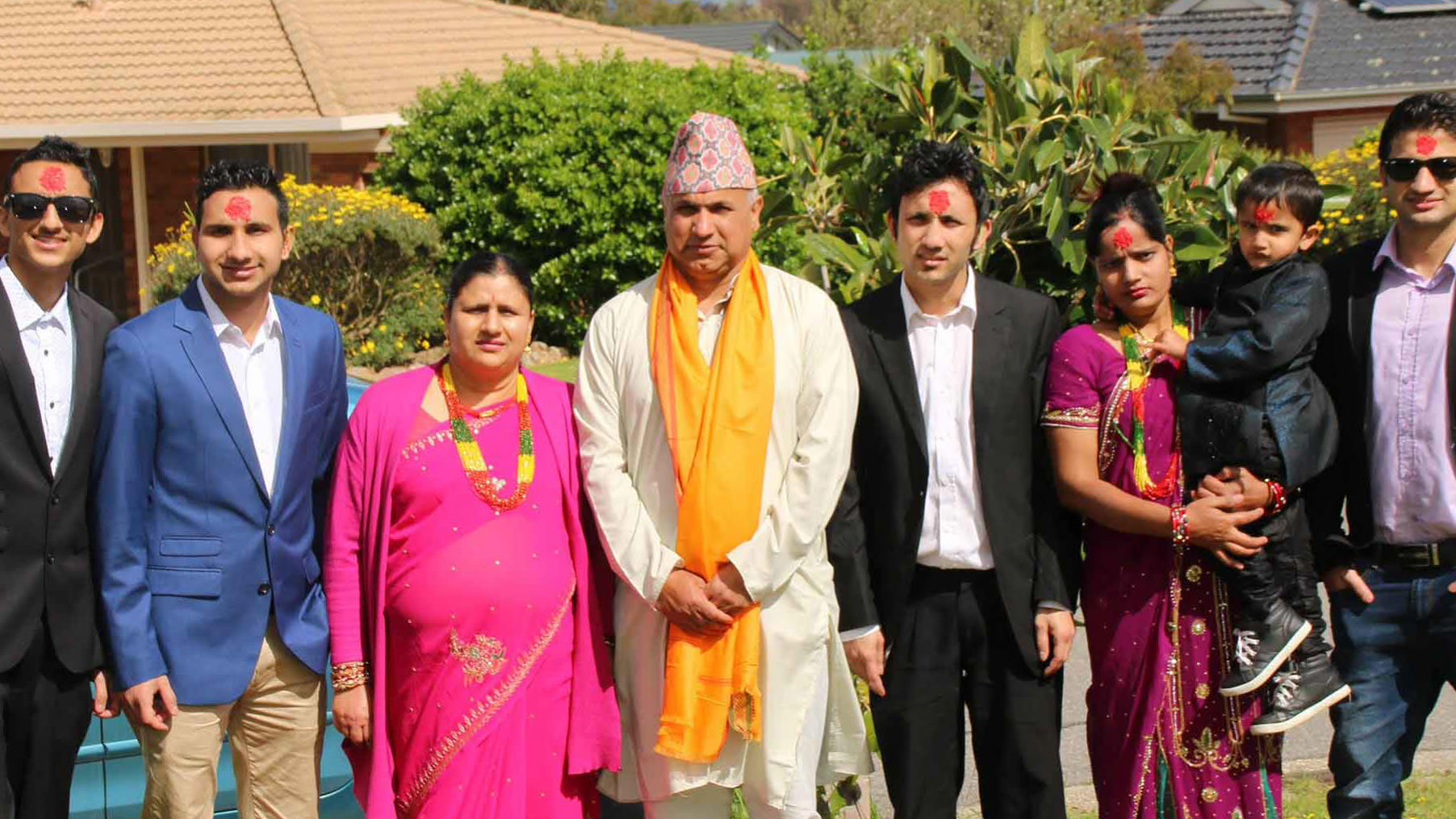 He says his transition to Australia was a huge learning curve. Going to school for the first time was exciting yet challenging.

"It was great, I was a bit nervous, especially coming to a new country and I'd only been living here a couple of weeks," Ram says. "I didn't know the language very well. It's a different cultural environment, the system is different and the school runs in a totally different way.

"The first couple of weeks were really hard, I felt a bit out of place, it was outside my comfort zone, but I was very quick to make friends and I knew this was the best shot for my life, I had to make the most of it.

"After a while I started to feel a bit more comfortable, I was still learning the language, but at least I felt safe and comfortable and that's what you need in order to learn."

Driven to achieve his dreams

Against all odds, Ram diligently applied himself and after just two years of Australian curriculum education, he was dux of Murray High School in Albury - an achievement even he was surprised with.

"I think it was just pure luck, or maybe pure luck with a bit of hard work," he jokes. "I was always a good kid and very ambitious. It helped me having a lot of friends and teachers who wanted to help, teachers who realised by helping, it would assist me to step up the ladder much more easily."

After finishing school and with a deep sense of motivation to achieve his goal to become a doctor, Ram followed a clear pathway that would allow him to reach the next stepping stone.

"I decided to study a Bachelor of Medical Science and finished that in 2014. I had medicine in my sights and I just worked towards that goal." 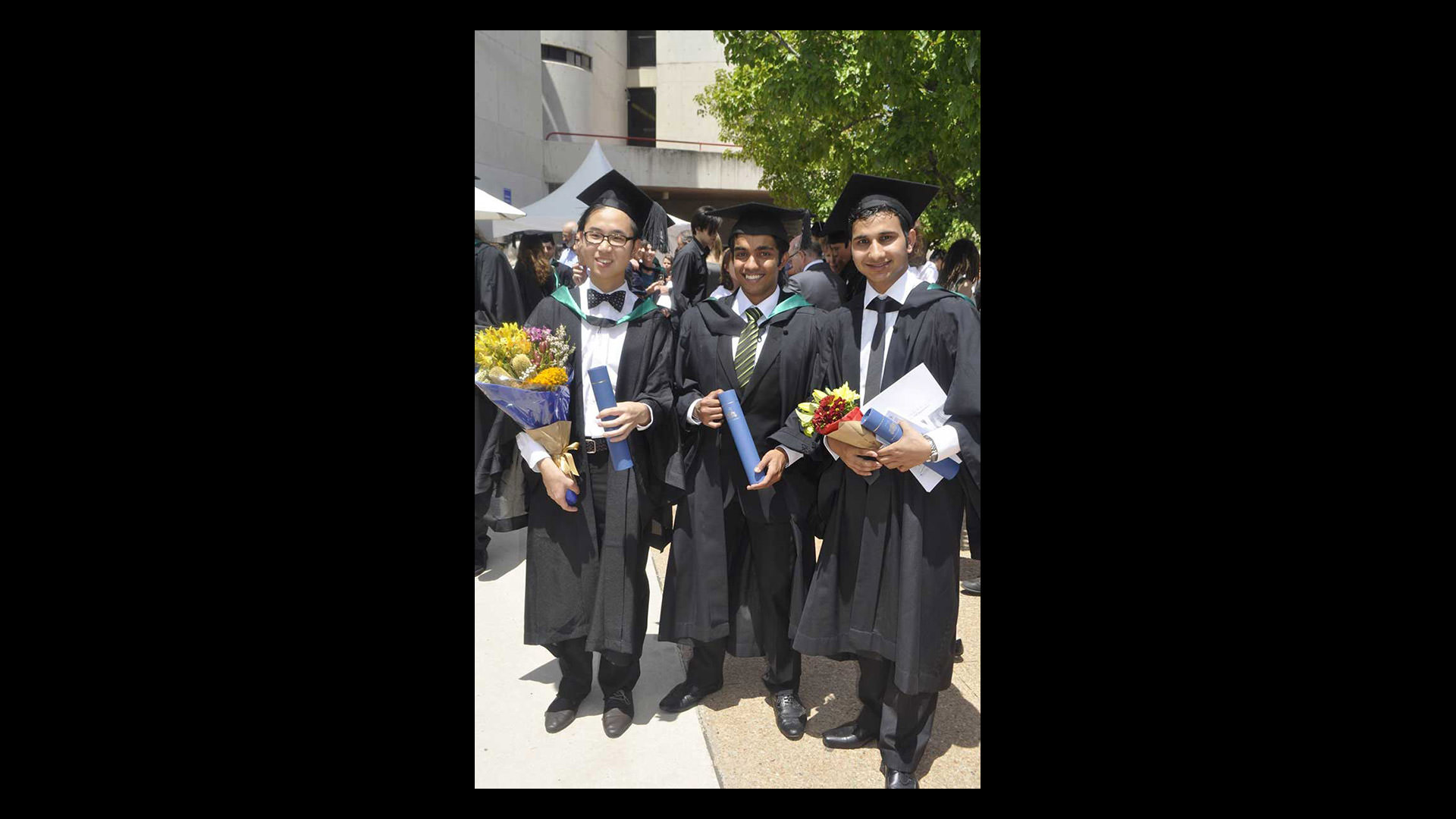 A short time later, Ram received news that would be a major turning point in his life. He had been accepted into UOW's Graduate Medicine.

"It was one of the best days of my life. It was hardly believable; I didn't know that I was good enough. I was really excited about the fact this was finally happening," he says.

Ram's desire to support the community has been a continuous journey.

In 2016, former New South Wales Premier, Mike Baird, presented him with a Multicultural Community Medal (Youth) for outstanding contribution to empowering Bhutanese refugees and helping them resettle in the State. That same year Ram was named Albury's Young Citizen of the Year for his selfless dedication, time and energy for the benefit of the city.

These awards came off the back of Ram's initiative to coordinate the National Bhutanese Soccer Championship held in Albury-Wodonga in 2015 and his contributions as Vice-President of Bhutanese Association in Albury Inc.

He also developed a passion for cricket, which was sparked after his brother sent him the Big Bash League highlights reel. After playing for just one year, he established the National Bhutanese Cricket League in 2015, which constitutes fellow refugees who grew up in the camps. 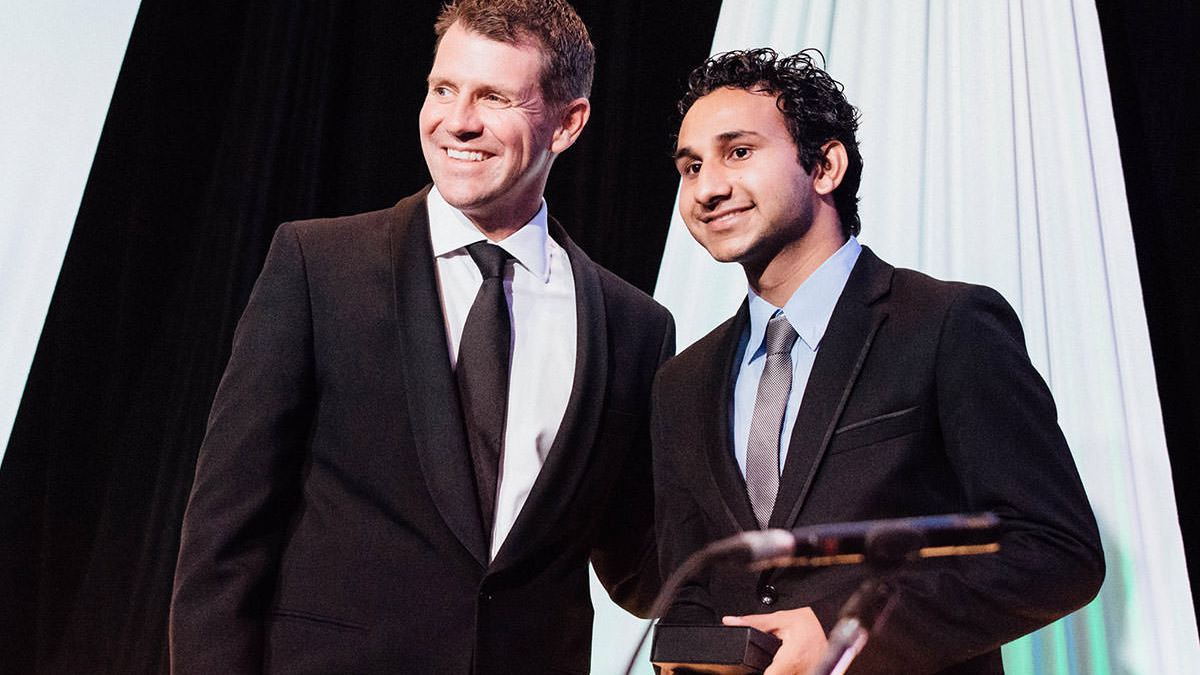 After completing his first year of postgraduate medical studies, Ram says following his dream has not been easy.

"It's been a rollercoaster, but I've enjoyed every bit of it. It took me a while to settle to get used to the environment.

"It took me a while to fully comprehend the social inequalities and the institutionalised disadvantages and racism for minority groups in our health system, it was a bit sad and a shocking revelation to me in that sense.

"I knew that was exactly why I was in medical school, because I want to help influence change around these systems. It was a reaffirmation of what I wanted to do."

With three more years of study ahead, Ram's desire is to work in rural and regional Australia, helping people who don't always have access to the medical assistance they require.

"I am passionate about returning to my community in Albury, I've built a great relationship with the local community and I want to give back," he says.

"When I came to Australia and to my hometown in Albury, I came with nothing. I was just a little 16-year-old boy. Now I'm in a position to actually give back to that community, because they have given me everything." 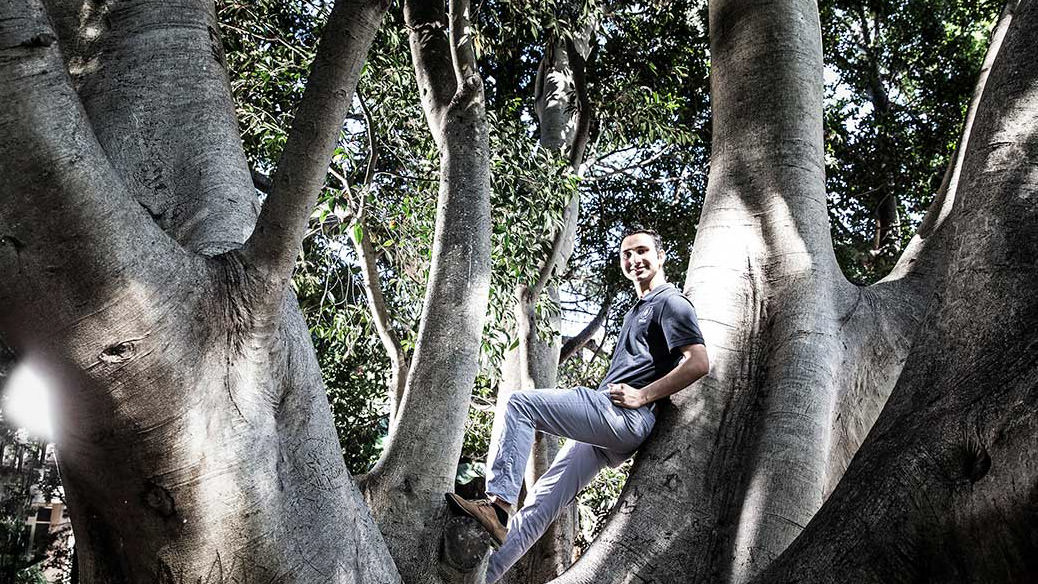 Ram's intention to work in more marginalised communities is already being realised. He has secured his first medical student placement via the John Flynn Placement Program in Cooktown, Queensland, where he will spend two weeks a year gaining real-world regional medical experience.

"Growing up in a marginalised setting myself, I know how devastating it can be with the lack of proper health care services, so I do want to contribute to making a difference."

Ram's sheer determination to become a doctor was recently recognised with a scholarship by the AMP Foundation's Tomorrow Fund, which supports individuals in their quest to make a positive impact on their communities.