This is everything you need to do in Wollongong

From classic tourist destinations, to a few hidden gems, here's a bucket list of things you need to do in Wollongong.

In a prime location between the mountains and the sea, Wollongong is an adventurer's dream, filled with trails that lead to waterfalls, wildlife and breathtaking lookout points.

It's a vibrant coastal city and at its core lies diversity - in its people, its culture, its landscape and its industry.

From bustling nightlife, a growing music and arts scene, to heavy industry, innovative new businesses and even the beautiful botanic gardens, there's always something new to explore.

So, whether you have lived in the Illawarra your whole life, or you're new to the area, how many things can you tick off the bucket list?

Hit the beach or hit the pool

There are 17 patrolled beaches in Wollongong, find your favourite spot. 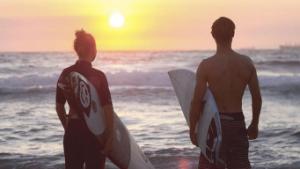 Drive along the Grand Pacific Drive – 140km of scenic coastal road – stretching through rainforests, across the famous Sea Cliff Bridge and into coastal towns and cities, including Wollongong. 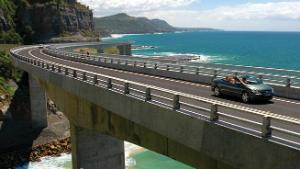 Cool off, have fun in the pools, on the rides or down the slides at Jamberoo Action Park 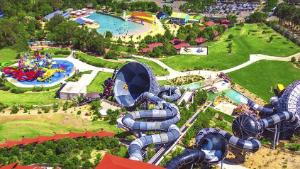 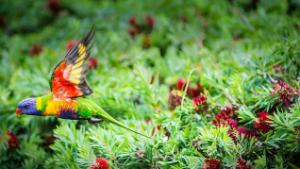 A Wollongong hotspot with the best views of North Gong beach – Diggies is must-try. 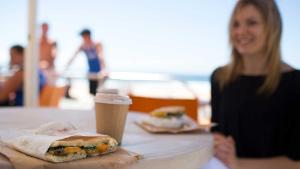 The best place to be on a Thursday night is at Eat Street in the Mall. Be there when the laneway comes to life with music, people and most importantly food. 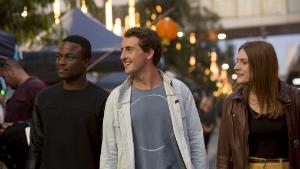 Go for a hike

From Mount Keira to Mount Kembla, and the stunning stairway to Sublime Point, explore the Illawarra Escarpment and find your favourite view in the 'Gong. 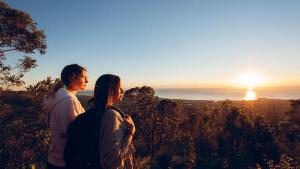 Enter the Symbio animal kingdom and explore everything that's cute and cuddly to scaly and scary. 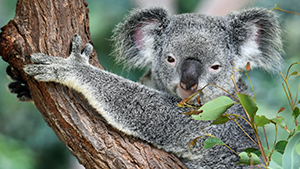 It's a place where Eastern culture meets the West. Take a class or book a retreat at the Nan Tien Temple – the largest Buddhist temple in the Southern Hemisphere. 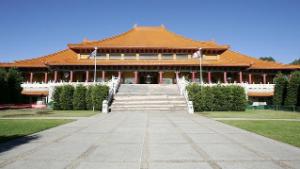 See, hear or or swim under many waterfalls in the area, including Wattamolla, Fitzroy Falls, Belmore Falls and Macquarie Falls to name a few. 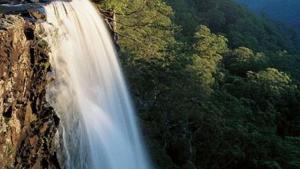 There are just too many hidden gems to list in the Royal National Park. So jump in your car and see what you can find. 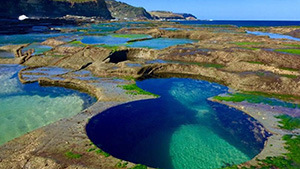 If you fancy yourself a craft beer connoisseur, try some of the 10 custom brews at the award-winning Illawarra Brewery.

Walk among the tree tops or zipline through the forest (35 metres above the ground) with Illawarra Fly Treetop Adventures.

Watch an NRL game from the hill

Exercise with a view

The best thing about being located between the mountains and the sea is the endless walking trails perfect for beginners through to avid hikers. Blue Mile, located along Cliff Road, is the best place to take in the Gong from east to west.

Get amongst the atmosphere at an Illawarra Hawks game, their home is at WIN Entertainment Centre.

If there is ever a time to wonder through the CBD, it's during the annual Wonderwalls Festival, where artistic talent from Wollongong and around Australia add character to the city's walls.

Learn how to catch a wave at one of Wollongong’s various surf schools.

Get your food fresh from the farm, some flowers, clothes, candles or homemade goods at this artisan market held n the second Sunday of each month.

Be Inspired and catch an exhibit or workshop at one of Australia's largest regional art museums.

A rush to remember – join 19,000 people who jump from planes over North Beach in Wollongong with Skydive Sydney-Wollongong every year. It's the only place in NSW where you can land on the beach.

For one of the best views in town, take off at Bald Hill Headland Reserve at Stanwell Park. 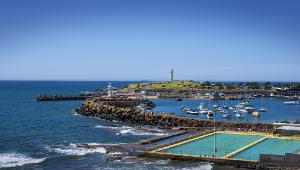