Passion for the job

Valerie Linton can pinpoint the "epiphany" when she realised that engineering was "cool".

From being left at a bus garage to helping companies leverage automation technology, Professor Valerie Linton is breaking new ground for women in engineering.

More than three decades on, she recalls, with a smile, her teenage self hanging out with mechanics in the workshop of a bus depot in Northern Ireland and realising that engineering was her calling.

Uninspired by the limited subject choices promoted by her traditional all-girls school, Valerie took the opportunity of a week's camp organised by WISE (Women in Science and Engineering).

She's likely to draw on her bus depot experiences for one of her first public engagements as Executive Dean of the Faculty of Engineering and Information Sciences (EIS). Professor Linton will address close to 100 teenage girls when she officially opens the STEM Camp for Girls, shortly after taking up her new post in January.

The annual event brings girls to the Wollongong campus to meet industry leaders and academics, and be inspired about how to change the world through engineering. Overall, about 15 per cent of UOW engineering undergraduates are female, although in some subjects about half of students are women.

Passionate about making things possible, but modest about her own achievements, the label of champion of women in engineering is not one that Professor Linton is entirely comfortable with. She will wear it pragmatically, preferring to lead by example. 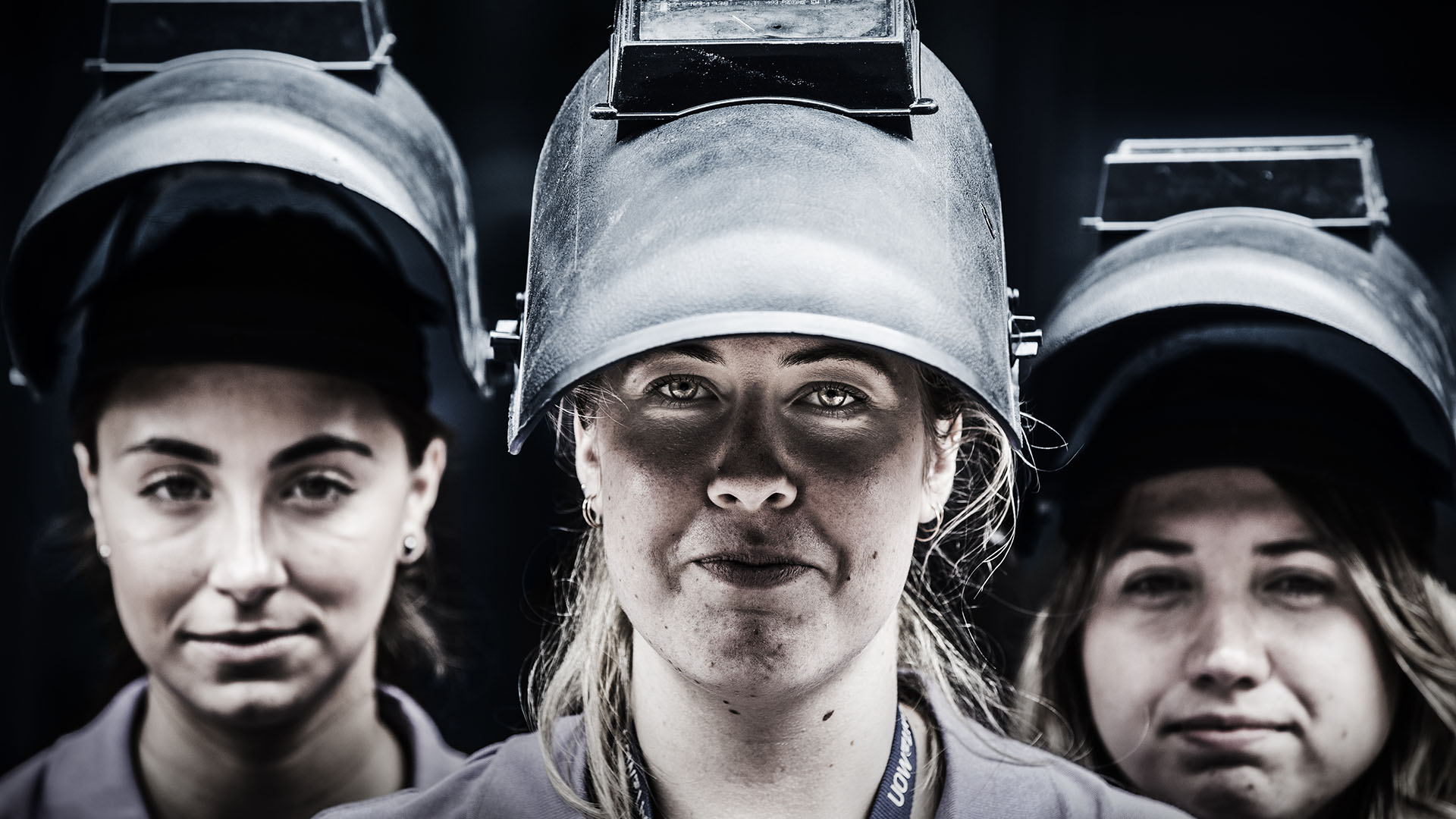 The STEM Camp for Girls aims to show how to change the world through engineering. Photo: Paul Jones

"People will champion issues, and there is a good place for that," she says. "But we shouldn't rely on people to fight back. We should be teaching all our students to respect each other equally - that every single person has something to contribute. So that eventually, hopefully, all of these inequalities no longer exist."

With recent research suggesting women in engineering earn about 11 per cent less than their male counterparts and almost half reported they had experienced discrimination on the basis of their gender, Professor Linton acknowledges the challenges.

But she adds: "It's not just an engineering issue and you have to keep encouraging people, otherwise they might miss out on great opportunities."

Professor Linton had her first taste of industry experience as an undergraduate with British Steel and then working for British Gas, while studying for a sponsored PhD at Cambridge University. She then joined British Gas on a high-profile pipeline project, as a young female in a male dominated environment.

"There were plenty of people telling me 'you're taking a man's job'," she recalls. "There was a whole undercurrent of that kind of stuff going on. But I tried not to focus on that.

"I was lucky to have a boss - and other people around me - who were fantastically supportive. There were enough people around me who saw the enthusiasm and passion, and threw me in at the deep end and made sure I didn't drown.

"If you take the gender issue out of it, and you see people who are passionate and really want to work hard, then people will gravitate towards that, because they are going to flourish - irrespective of gender or age." 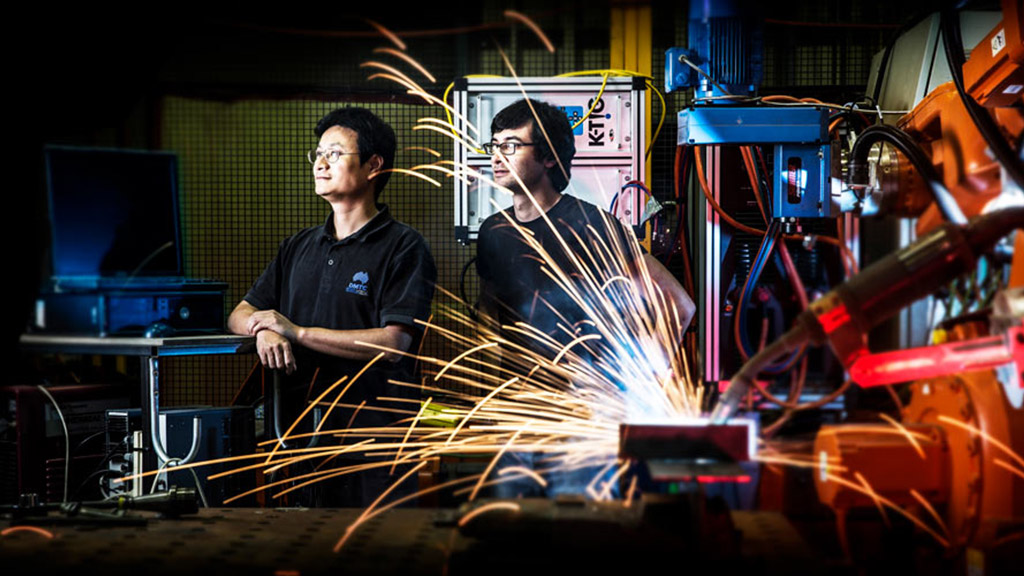 Having relished working in industry while studying, the fusion of research and hands-on experience has been a strong feature of Professor Linton's career in the United Kingdom, New Zealand and Australia - and one she intends to promote in her new role.

She is excited about contributing to UOW's reputation for forging industry links, a natural progression from her previous role of inaugural CEO of the Energy Pipelines Cooperative Research Centre founded in 2010 to promote safer, more reliable and more efficient pipelines to meet Australia's future energy needs.

In the lead-up to replacing current dean, Professor Chris Cook, in the New Year, Professor Linton has been working on several projects at UOW, including one that combines her passions of welding, industry and research collaborations.

"I like talking to people in industry and saying ‘did you know this was possible?’ It’s about surrounding people with possibilities."

In what she describes as an appropriate segue into her new role, Professor Linton has formalised links between TAFE, UOW and the welding peak industry body WTIA (Welding Technology Institute of Australia) into a new Facility for Intelligent Fabrication. The partnership is aimed at offering industry a seamless suite of solutions and opportunities to their challenges.

"What we have set up is an end-to-end process, through which companies can engage and seek help with things like new products or automation," she explains.

Professor Linton says universities can sometimes seem impenetrable to an outsider and she wants to open doors and walk industry partners through, to display opportunities for collaboration.

"I like talking to people in industry and saying 'did you know this was possible?' We go out of our way to set up demos and show how technology can work. It's about surrounding people with possibilities," she adds. 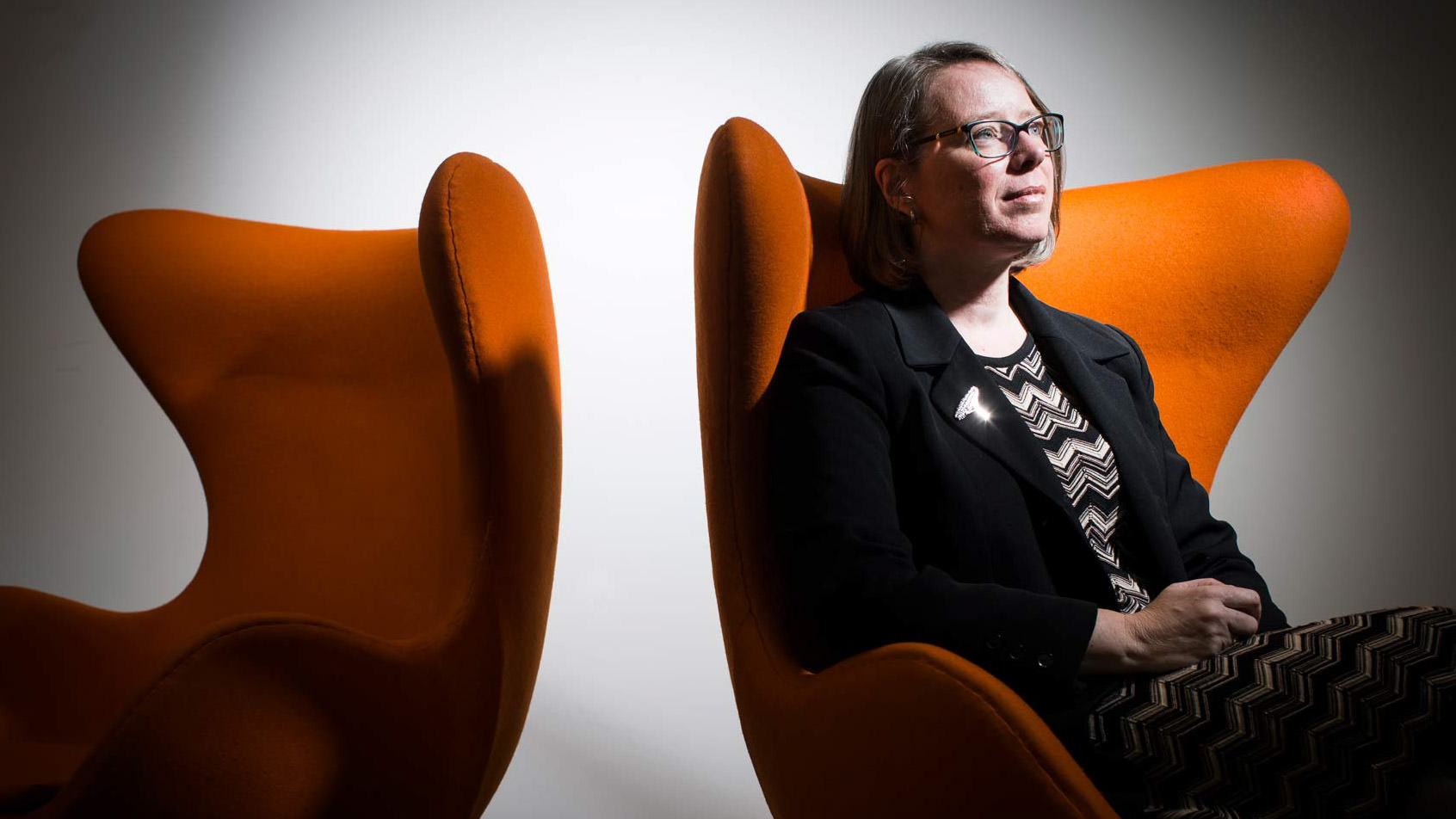 Professor Valerie Linton says the use of automation can help companies move to the future with intelligent fabrication. Photo: Paul Jones

While this first project is based in the familiar world of welding, Professor Linton wants to see the approach rolled out throughout the faculty and says the University can also help to advise industry about funding through various grant opportunities.

The use of automation and robots in the future of intelligent fabrication is another area where Professor Linton sees huge potential for research and industry collaborations.

"When you talk about welding and automation, people tend to think about things like car production lines, with armies of robots assembling cars. But I want to show how far the technology has come and how smart the robots have become.

"The things you can do now with robots are quite extraordinary, and when you combine that with welding, it increases the creativity of what people can do and the complexity of what can be taken on."

For example, a robot with a light scanner can scan a table of metal objects, produce a photo-quality image, calculate which parts need to be welded and weld them. In a matter of minutes.

"We need to be working from an early age to get kids excited about STEM subjects and encourage them to think, explore, communicate and collaborate."

Watching a video demonstration, Professor Linton says: "In the time it has taken me to explain this, the robot has already started the job. If someone had to write a program for a robot to do that, it would take weeks. This robot works out what needs to be done, and does it. It doesn't get tired and the complexity of the task can be quite sophisticated."

Professor Linton is also a big supporter of work UOW is doing to promote STEM (science, technology, engineering and maths) subjects and coding to primary and high school students.

"We need to be working from an early age to get kids excited about STEM subjects and encourage them to think, explore, communicate and collaborate," she adds. Professor Linton's excitement about engineering shines as brightly now as it did when she first recognised it and her enthusiasm has the potential to be infectious.