How combining food waste with sewerage treatment could provide a source of renewable energy and reduce landfill.

The smell is unmistakably that of beer. Though it's over-fermented beer, with a pungent aroma akin to rotten fruit filling the nostrils.

"Yes, it's beer," Professor Long Nghiem says as he screws the lid back on the non-descript container. "Actually, it's waste product that wasn't up to scratch for sale to the public."

The second sniff-test is of a liquid that is rich red in colour and smells like overripe grapes. It's probably wine. In fact, it's a well-known wine brand, Professor Nghiem says.

Professor Nghiem has a small refrigerated container on the back of trailer full of bottles of beverages that, as spillage or waste, haven't made the grade and will be used in an innovative Australia-first pilot project between Sydney Water and the University of Wollongong (UOW) at the utility's Shellharbour treatment plant.

The idea is to add organic waste, such as food scraps or beverages, to the sewerage treatment process. The organisms that break down, or digest, the waste will produce an excess of gas that can be trapped and used for energy production.

In doing so, two major problems for Australia can be addressed: finding an abundance of low-cost renewable energy and redirecting food waste from landfill.

More than a war on waste, the system is a war on inefficiency that requires little more consumer effort than doing your daily business. 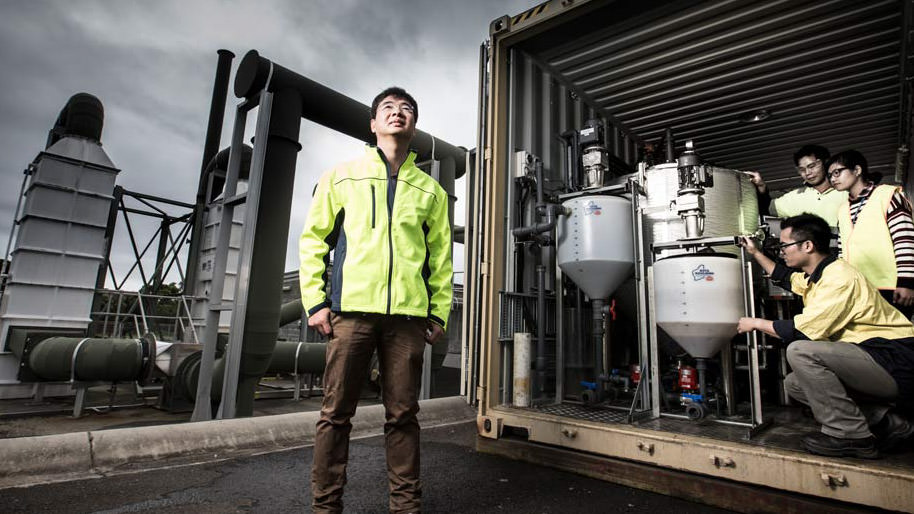 A problem of waste

According to 2011 figures from the Department of the Environment and Energy, each year Australians generate about 361 kilograms of food waste per person. That can be divided into two types of food waste: avoidable and unavoidable.

Professor Nghiem, an environmental engineer with UOW's Faculty of Engineering and Information Sciences, says about 30 per cent of food waste is unavoidable.

"We're not talking about being wasteful eaters. Even if you stop all avoidable waste we still have a lot of food waste that goes into landfill."

He says there's a small proportion of products, like a can of soft drink or a bottle of beer, that can't be sold due to damaged packaging or other issues, and it's not economically viable to repackage and sell.

While fast foods such as fries, are cooked in oils and fats, producing a high volume of organic waste. "Rather than sending it to waste, we could add these to the co-digestion process to produce biogas," Professor Nghiem says. 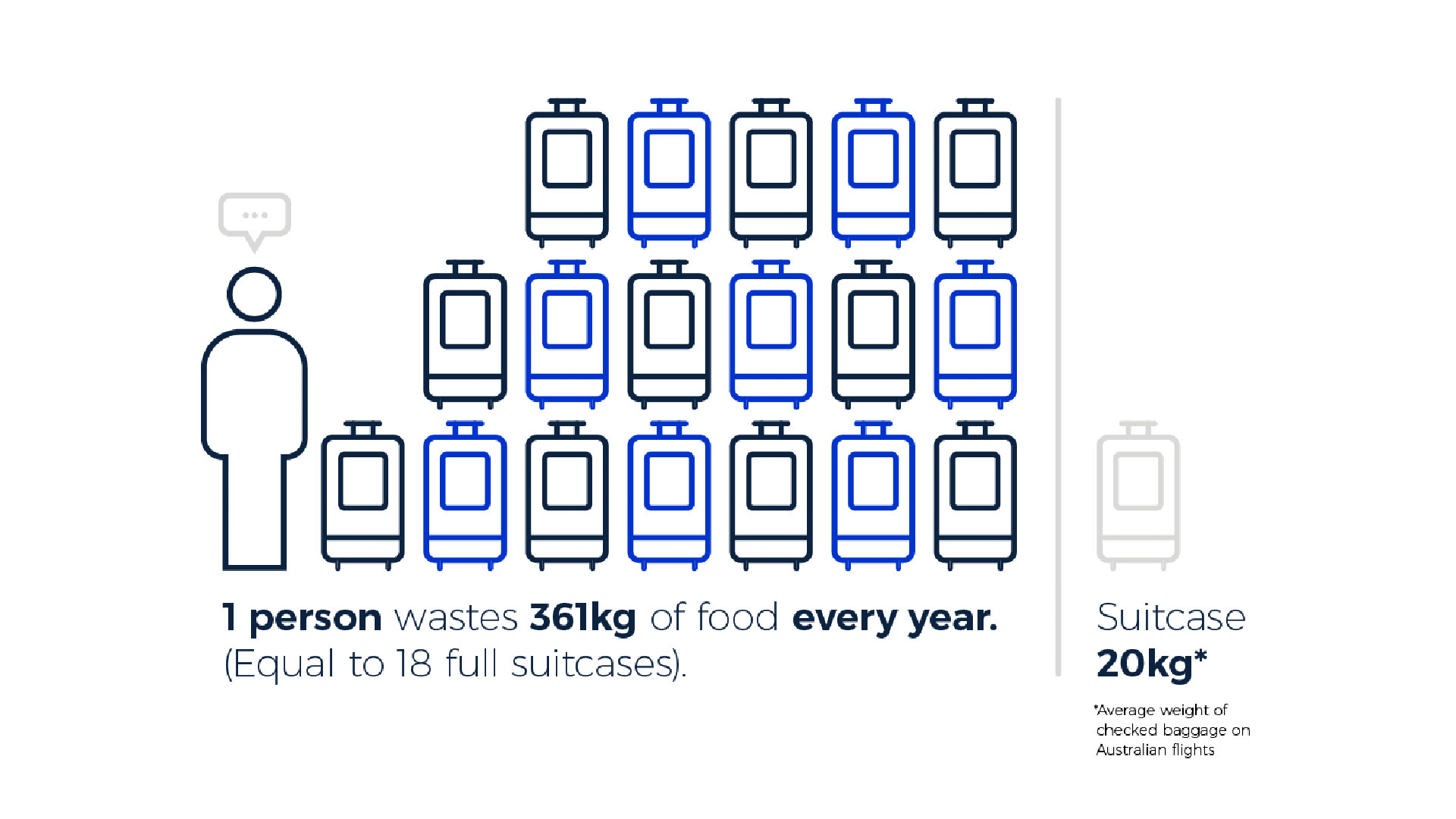 Co-digestion is the process of mixing different types of organic waste in a large air-tight container called a digester. Bacteria breaks down the waste, methane gas rises to the top of the tank where it can be captured.

It can then be used to produce heat to warm up the digester and electricity by a co-generator, while the solids settle on the bottom and can be used as nutrient-rich fertiliser for agriculture.

Professor Nghiem and his fellow researchers have spent the past four years in the lab figuring out the right amount of organic waste to volume of gas produced.

"The optimum ratio is about 10 per cent organic waste," Professor Nghiem says. "Too much and it overloads the organic digestion process. It's a biological process, just like for us humans. We need food, but not too much. If we eat too much, we get sick. This process is no different." 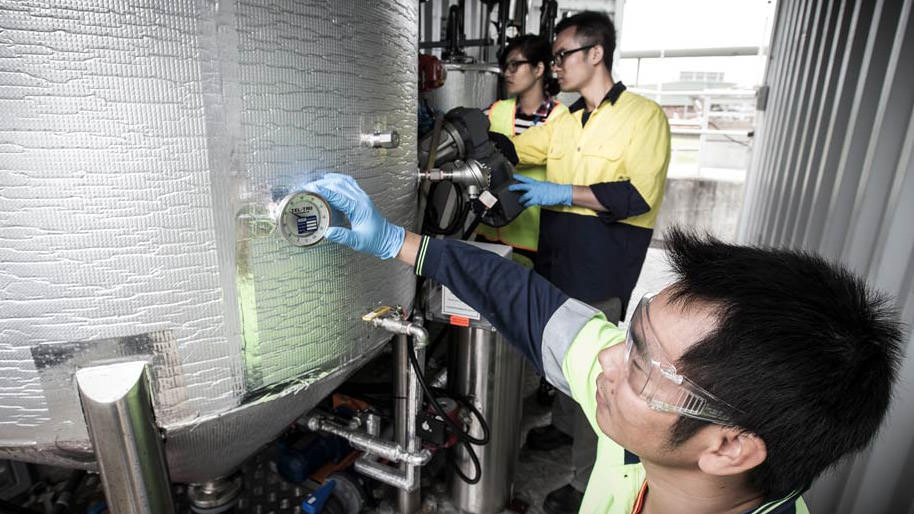 Back to the future

The past provides a salutary lesson in resource management and mismanagement. Prior to European settlement, the 34 or so Aboriginal groups that lived in what would become the Sydney region had learned how to live with and look after their most precious resource, fresh water.

They learned how to locate it, as a source of food such as fish and birds, how to preserve it, and most importantly, how to look after it.

In contrast, it took only a few decades after arriving in 1788 for the new colony of Sydney to pollute its water supply with sewerage and rubbish to the extent that by 1826 it was unfit for drinking water.

Much has changed since then in the way wastewater and sewerage is treated and converted to recycled water for non-drinking purposes and biosolids for agriculture, along with obvious improvements in public health and care for the natural environment.

Phil Woods, Sydney Water Energy Manager, says only a small portion of wastewater is tapped for energy production. With 29 wastewater treatment plants and water recycling plants treating about 1.5 billion litres of wastewater a day, it's a significant opportunity to extract more benefits while reducing waste impacts.

"We have been working on this idea for a few years now. It's fairly new to Australia but quite common in Europe," he says. "There are potentially synergistic effects from digesting sewage waste and food waste together.

"The digested solids, which are used in commercial agriculture, may be more stabilised and have a higher nutrient value." 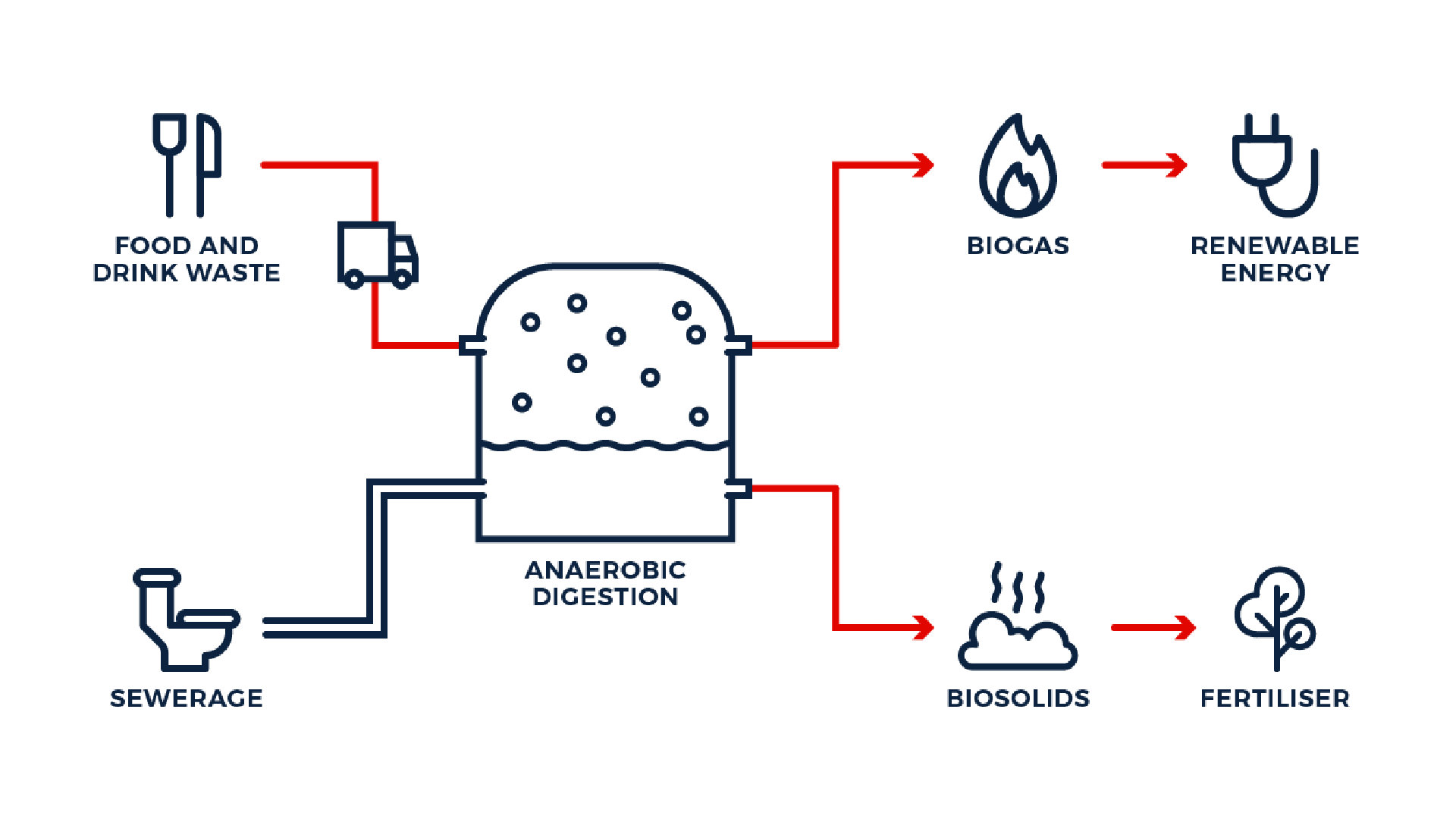 The Shellharbour pilot plant involves two 1000-litre digesters that receive waste from the treatment plant and the researchers add the off-beer and wine.

"We've done the lab-scale testing using controlled processes and inputs," Professor Nghiem says. "But in reality, organic waste is inconsistent. One day you might have spillage from a brewery and the next day you get red wine.

"We need to demonstrate that our pilot system can handle that type of inconsistency and variation."

The on-site trials will provide Sydney Water and researchers with valuable experience in handling new types of waste as well as maximising the benefits of processing food waste to extract energy and nutrients, while ensuring they limit or avoid any downsides or negative impacts, such as the production of toxic and corrosive hydrogen sulphide.

"It will take some time to roll out as we need to increase digester capacity to provide a commercial scale service, but there is no reason to think that at some point in the future all of our wastewater treatment plants will accept food waste."

Already, Sydney Water is producing additional energy onsite at its wastewater treatment facilities, with enough additional energy to power over 11,000 homes each year and reduce greenhouse gas emissions by more than 70,000 tonnes a year.

That is the equivalent of keeping 17,500 cars off the road for a year.

"I joined the water industry 10 years ago because of the opportunities to address issues like climate change by harnessing the renewable energy potential in the water and wastewater business," Mr Woods says.

"My role now is to set the long-term energy vision for Sydney Water and to develop the strategies and plans to take us there. I love what I do. We are building on the foundation of the past to provide even more value for our customers in the future, especially as our city continues to grow."

Recent collaborative research work between Sydney Water and UOW has led to a full-scale co-digestion trial at the Bondi Treatment Plant. The Bondi plant produces 13 per cent more electricity than it consumes on an annual basis.

Sydney Water is also currently trialling the use of fruit and vegetable waste at its Cronulla Wastewater Treatment Plant. In addition to the environmental benefits, Sydney Water says the efficiency will help keep household water bills down.

"We are hearing about gas shortages and at the same time, we have under-utilised infrastructure that is capable of producing biogas but not enough to extract value," Professor Nghiem says.

"Biogas is one hundred per cent as good as natural gas and the system can be cranked up quite quickly to match spot energy demand. Biogas is a largely hidden and ignored energy source in Australia.

"Our agricultural industry produces huge amounts of biomass, which could be a massive source of energy if we want to take it seriously."