Fish for life: Food security in the South Pacific

As declining stocks in coastal fisheries threaten the food security and health of South Pacific nations, UOW researchers are working with island communities to ensure they have fish for life.

After Dr Aurelie Delisle returns from one of her frequent trips to the Pacific island of Kiribati, she comes with a simple but firm instruction on her diet.

There's an irony that is not lost on the environmental science researcher in that she's devoting her life to enabling other people to eat more fish, not less.

"Apart from in South Tarawa in the capital, where you get tuna and limited vegetables," she says. "But in the villages, you are restricted to fish, rice and taro. Breakfast lunch and dinner.

"Even when I come home, I have to ask my partner not to cook fish. Fish for breakfast was the hardest."

[Speaker 2]: It seemed the communities are coming together. Have that stewardship around their marine resources. Engaging their neighboring village.

[Speaker 1]: And if the meeting of those two bodies of knowledge means that are better able to determine their future and better able to make the resources sustainable, and have a greater quality of life.

It's a small complaint about a research project she clearly loves, since moving to the University of Wollongong after she completed her doctorate in ocean management at James Cook University.

The project to secure the nutritional and livelihood benefits from coastal fisheries in the Pacific nations of Kirabati, Vanuatu and Solomon Islands is now in its second phase. Scheduled to run until the end of 2021 the project has almost $9 million in funding from the Australian Aid program and the University of Wollongong.

In the first phase, Delisle would spend up to six weeks at a time 'in country', staying in five Kiribati villages chosen as pilot locations for a new way of ensuring the sustainability of the declining coastal fisheries.

"In the last 30 or 40 years, there has been quite a decline in the coastal fisheries stock," Dr Delisle says. "This is obviously quite a big issue because it's what the people rely on for their primary protein.

"There are a few reasons - population growth, climate change, technology. As technology becomes more accessible, with nylon nets and boats, it means more people have more access to more fish."

There are obvious challenges bringing change to a region of hundreds of islands scattered across an area of the South Pacific that covers an area the size of the moon. 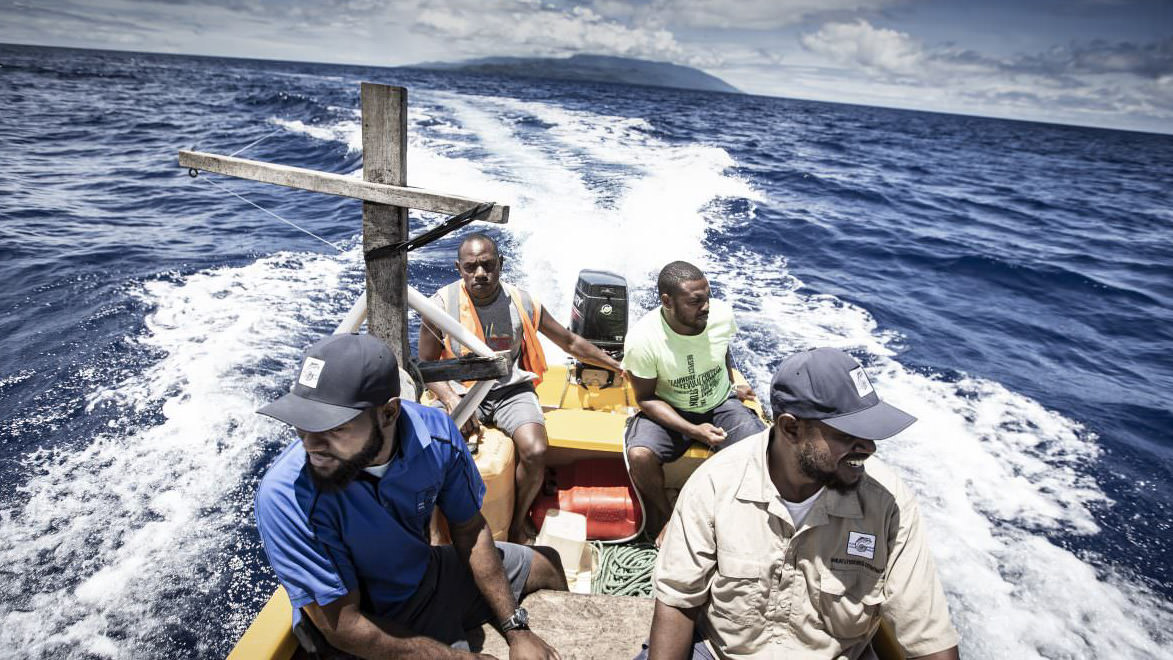 Fishermen in fishing boat in Vanuatu - Image by Paul Joness

Joys and hardships of island life

Many of the outlying islands have no electricity or internet connection, some are experiencing rapid population growth, rising sea levels, environmental and social changes.

There are also areas where the traditional power structure endures, and where laws made by a weak central government are as likely to be ignored as obeyed. This is why engaging communities is critical to the success of the project.

"You are told that it's going to be very different," Dr Delisle says. "The truth of that comes when you are sleeping on the ground with everyone looking at you, being the only foreigner in the middle of a village.

"You take safe tap water for granted. They can't just turn on the light.

"Coming back to Australia made me realise that - even my own behaviour, like getting angry about things I have no control over - I realise now that these are little things. That was an interesting lesson for me."

"We need to know how to engage - who are the right people," Dr Delisle says. "A lot of the fisheries issue is a male issue, but for us we wanted to open the interaction to women and youth, so we had to explain that to the community elders." 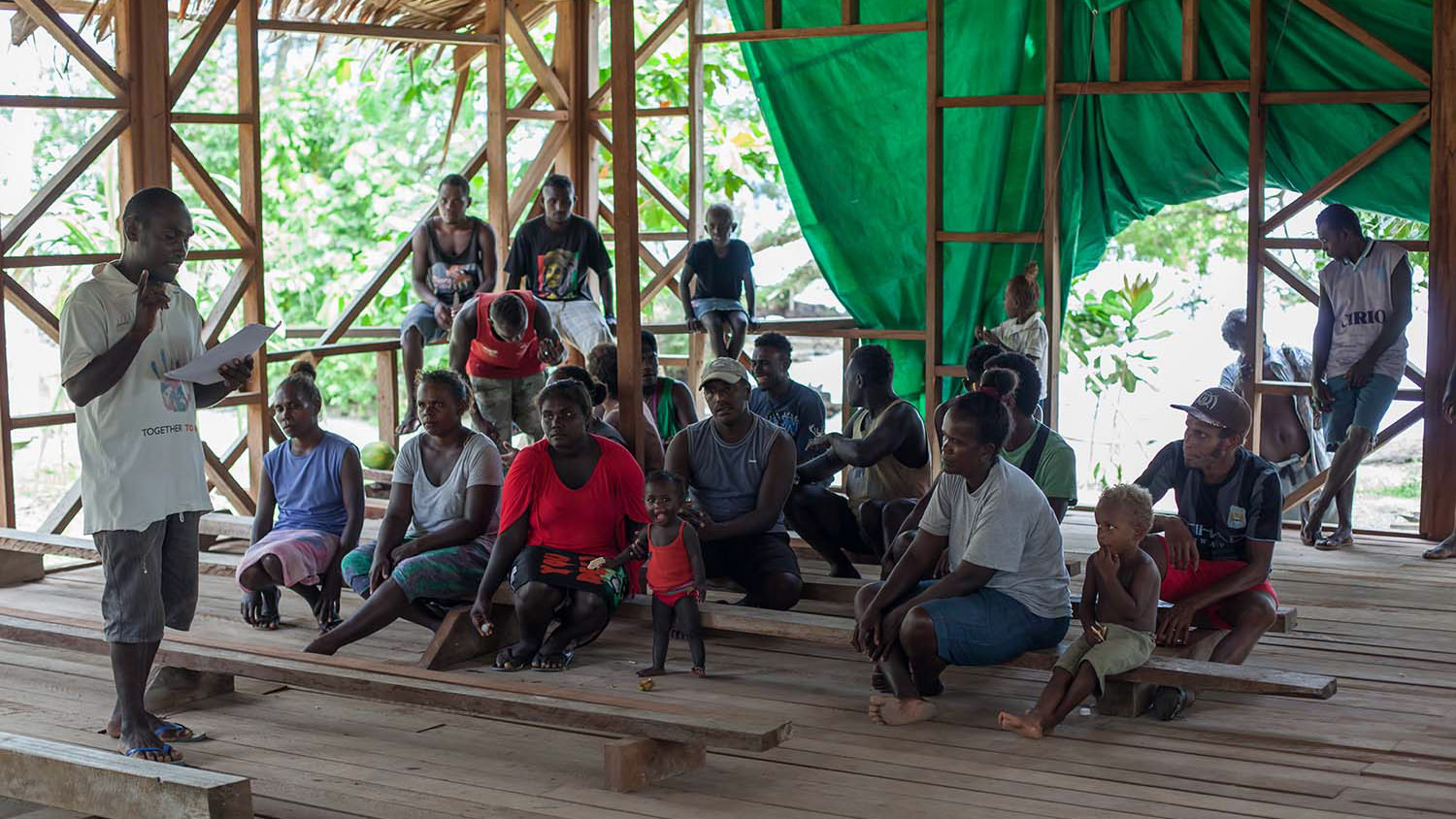 Heading up the project is Professor Neil Andrew, who came over to the University in 2017 after working with project partner WorldFish, a global non-profit research organisation devoted to reducing poverty through aquaculture and fisheries management.

"The long-term security, sustainability and stability of these fisheries really will, in the end, come down to communities," he says.

"It's a research frontier because this is not a simple exercise of rolling out a vaccination program or a water-tank program.

"This is working with people about how they work together to manage their resources, and doing that in a way that we can learn how to do it better as we go along. We are working at that interface between pure development and pure academic research." 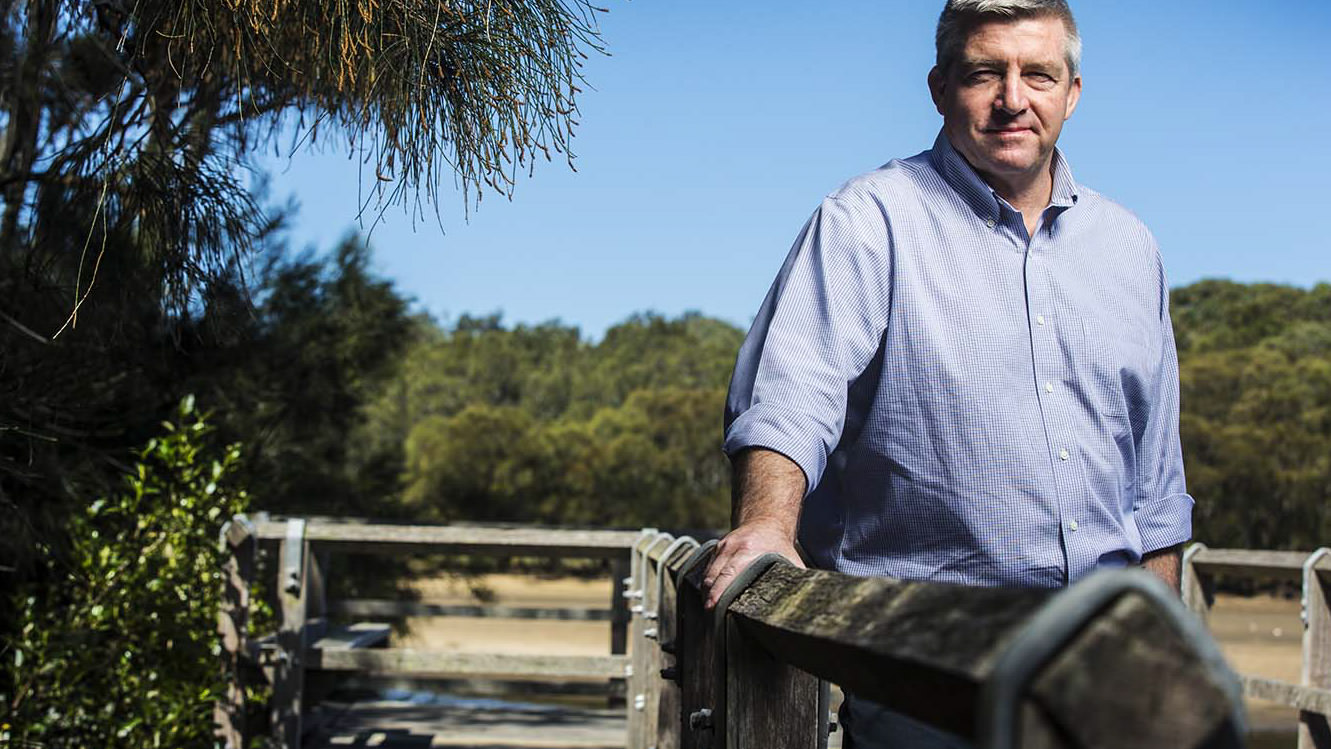 UOW's Professor Neil Andrew is heading up the project, having worked with project partner WorldFish.

A vital plank of the research is to engage communities, governments and regional bodies until progress becomes both locally owned and self-sustaining.

"We seek to enable people and to build institutions that will allow them to do it for themselves," he says.

"Of course, in the modern world there is a real trap to rush towards technical fixes for complex problems. In the arena where we are working, that's just not going to work, and we know that. It's a hard-won lesson.

"Progress in improving coastal fisheries is slow, it's hesitant and we get reversals because of leadership and engagement issues. All the normal social stuff."

It's no surprise that when you're dealing with hundreds of islands spread over 30 million square kilometres, there's a complexity that defies easy generalisation.

Coastal fisheries - as opposed to the important cash export of tuna fisheries - are fine in some places, declining in many and in crisis in some areas.

The diet of islanders is changing in some places, from the traditional diet of fish, root crops and leafy greens, to a greater emphasis on less nutritious imported food such as noodles and packaged food.

The result is that this is a region that is home to nations with some of the world's worst rates of obesity and diabetes.

"Broadly in the region there is a public health problem which is developing very quickly," Professor Andrew says.

"These little countries can't afford to be spending huge proportions of the health budget on these issues. And at the same time, these people are among some of the world's biggest fish eaters." 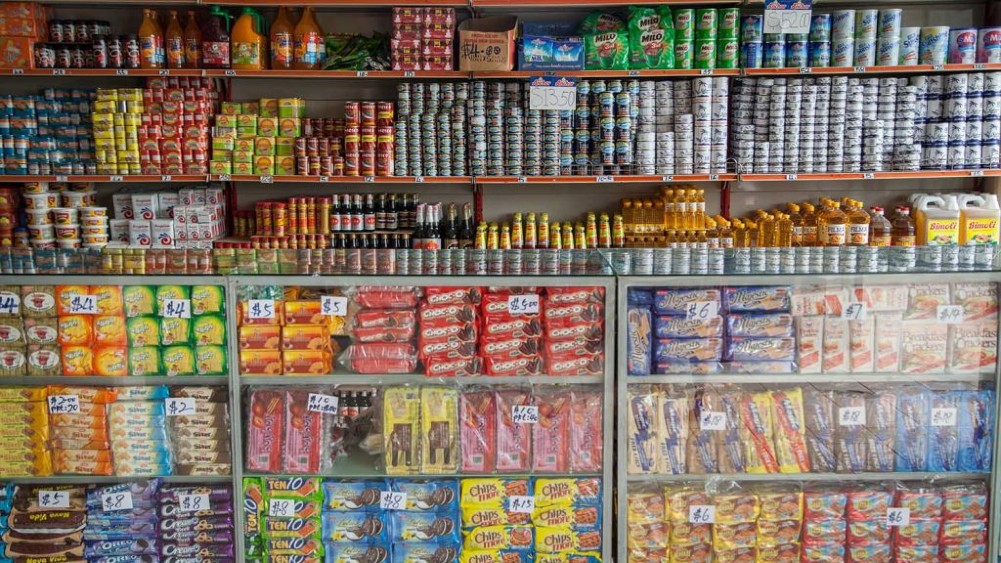 The diet of islanders is changing in some places, from the traditional diet of fish, root crops and leafy greens, to a greater emphasis on less nutritious packaged food, resulting in this region becoming home to some of the world's worst rates of obesity and diabetes. Photo: Filip Milovac / WorldFish

Pathway to change - A New Song

These are the wider issues that will be addressed by the second stage of the project, to be called after a report, A New Song for Coastal Fisheries - Pathways to Change, published by the peak regional body, The Pacific Community.

"What's happened is that in the region there are many initiatives for coastal fisheries," Professor Andrew says. "There are a lot of people working relatively independently, and a lot of donors working independently.

"This New Song initiative seeks to join all of that up a lot more in regional initiative towards scaling-out community based initiatives for coastal fisheries.

"We are moving now from more intense localised engagement with communities, to be much bigger and pitching to have impact across the region."

He says to have lasting impact, it's important to work both at the local scale, and the broader national and regional levels. 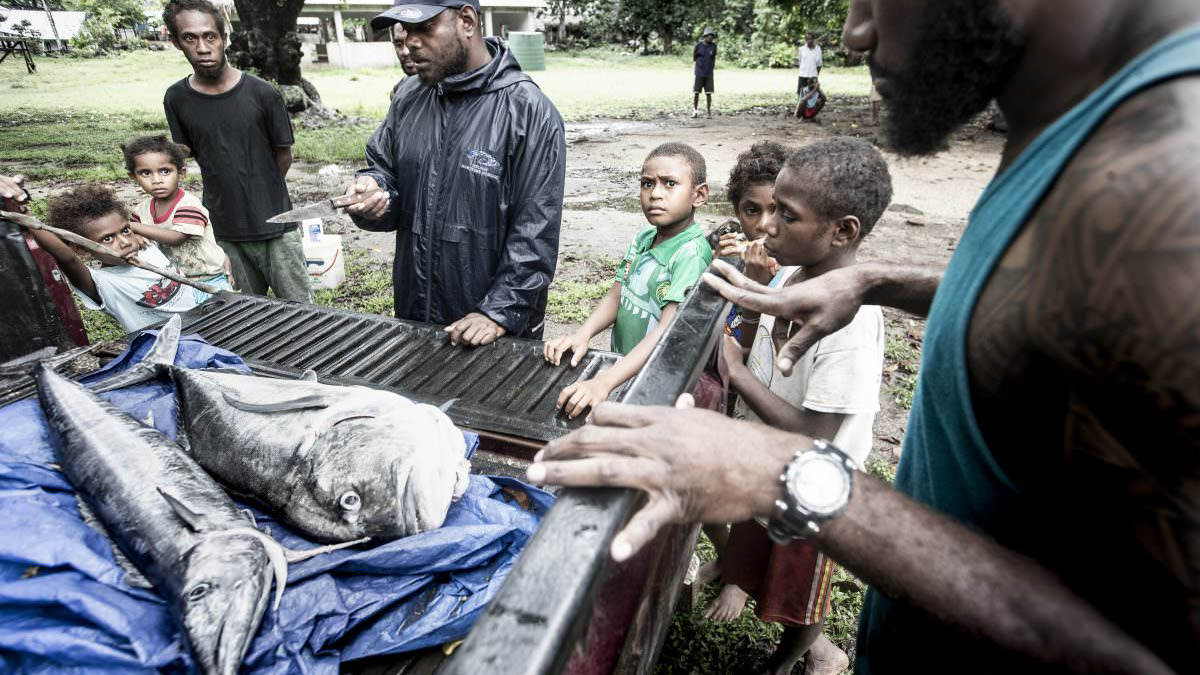 The way to create lasting impact

"If you work only at the community scale, you will have intense but localised impact, and you won't change any of the bigger systemic issues.

"But if you work only at the government scale, your impacts will stay there because the government is so small relative to the problem, so you have to transition across all of these scales."