Cleaning up our oceans

Protecting the world’s most valuable resource

More than 70 per cent of our planet is covered by ocean. What is it that drives people to explore the deep blue, and why do they feel the need to protect it?

Sunshine, salty hair, sandy toes and crisp skin. For most Australians, the ocean is a place we go to cool off, dip our toes in the water and splash about.

What most of us don't see is the harsh reality under the surface, and often above it. A baby sea turtle ingesting leftover plastic. An endangered seabird trapped in fishing line, gasping for air. More than 80 per cent of the ocean's waste originates from land. This includes non-biodegradable, non-recyclable, toxic-to-animals, plastic.

"Plastic is a great product until it becomes waste. As a material it beats most other materials, until you have to throw it away," says Karen Raubenheimer from UOW's Australian National Centre for Ocean Resources and Security (ANCORS).

Born in Cape Town, Karen spent her childhood inland in South Africa's wine region, playing tennis and exploring the surrounding mountains and vineyards. It wasn't until a backpacking holiday through South and Central America in 2000 that Karen discovered her love for the ocean through scuba diving, picking up her certifications in the crystal blue Caribbean waters of Roatan, Honduras. 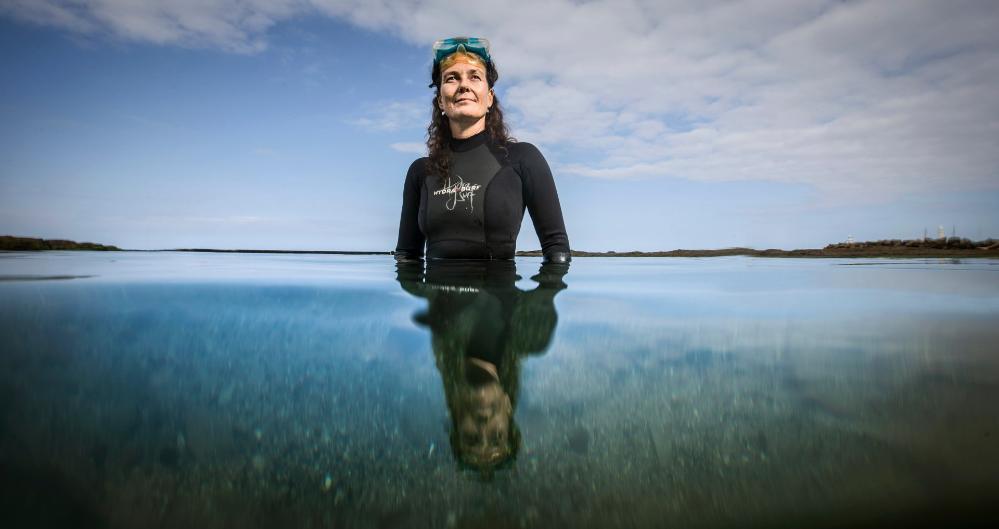 "It's meditation. Going underwater is like going on safari, you never know what you're going to find," she says. "The creatures under there are so amazing … the colours, the formations … the personalities of fish, you learn them."

Working as an IT consultant in Sydney and inspired by her travels and her new found love for the deep blue, Karen began the search for divers who were doing something more than just diving. She teamed up with a conservation group in Sydney doing underwater clean-ups, spending her spare time scouring the ocean floor for litter and waste.

"The ocean is very calming but inspiring at the same time, it motivates you to explore a bit more but also think about where stuff goes. Much of it goes to the ocean," she says. "That was when I decided it's got to be more than just clean-ups, we've got to go to the source and stop it entering the water in the first place." 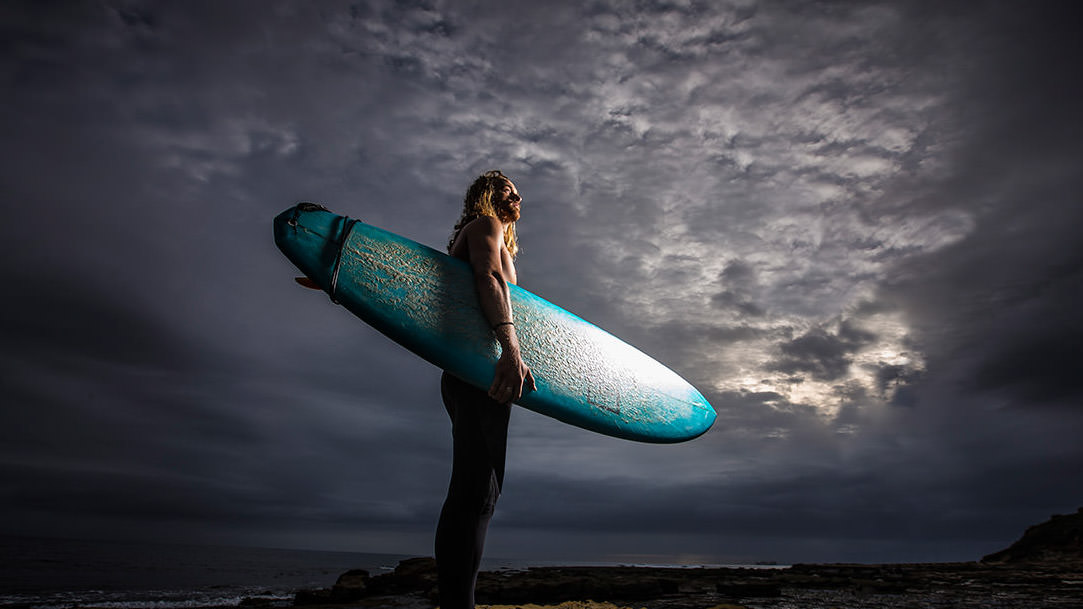 For surfer Andy Gray, the ocean is more than just a place to cool off. "You jump in the ocean and all your worries disappear. Like all surfers will tell you, the ocean is a special place where you immediately feel so connected to the natural elements," he says.

Growing up on Sydney's southern beaches, Andy has spent his entire existence in and around the water. Recently graduating with a Bachelor of Commerce/Laws from UOW, Andy is on a mission to clean up our oceans, one beach at a time.

"Given that the ocean is so central to not only my life but most of my peers, it's the place I'm passionate about protecting the most," Andy says, an air of determination in his voice.

The light bulb moment occurred when Andy was standing in his kitchen after returning home with the groceries. "I used to shop without thinking about my impact and I had a plastic bag collection that was overflowing onto the floor," he says. "One day I looked down at the ground in my kitchen and it just clicked that this was such a lot of waste, and I thought about where it was going."

Andy realised something had to give. "I thought, how much waste is going into the things that I buy, that I don't even see. That was a critical moment for me, where I knew that I personally had to reduce my waste and impact," Andy says. 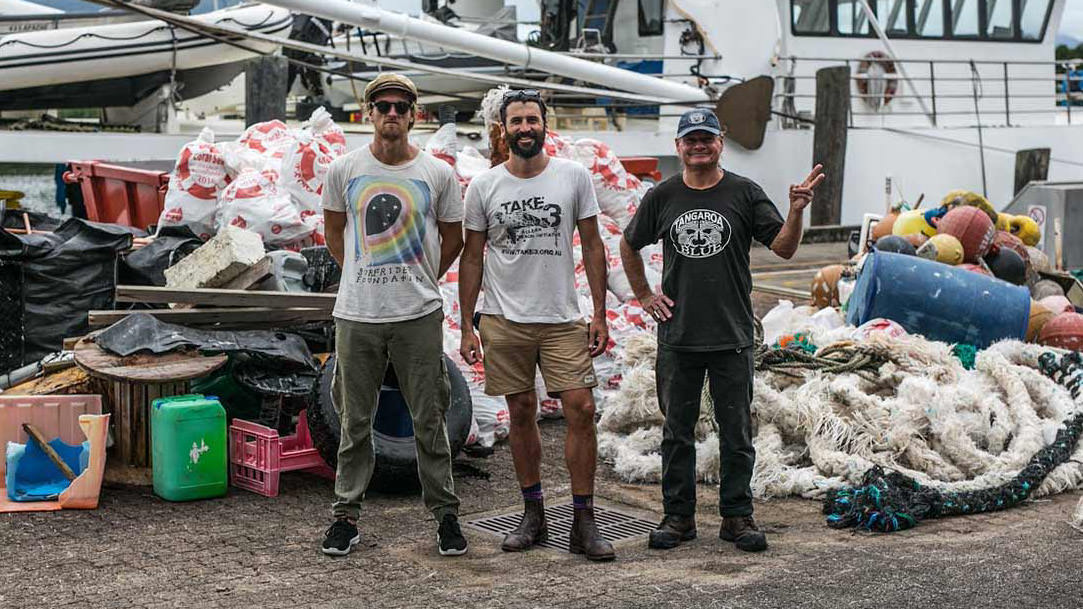 Led by his passion for cleaner waters, Andy established the UOW Surfrider Club in 2016 - an offshoot of the not-for-profit Surfrider Foundation that is dedicated to the protection of Australia's waves and beaches.

"Our goal with the Surfrider Club is to reach out to people in a way that bridges the gap between being an extreme environmentalist and someone who is indifferent about their impact on the environment. We want to incorporate being sustainable and looking after our environment into our everyday lives by going for surfs and doing quick beach clean ups before or after, and refusing to use single use plastics when we shop or go out.

"We want to encourage and inspire people that making small behaviour changes in the way we consume and live our lives is not hard nor is it radical in terms of being an 'environmentalist'."

In June 2016 Andy embarked on a journey to the Coral Sea, located just off Australia's Great Barrier Reef. Travelling 400km offshore and armed with two vessels, the crew, made up of non-profit ambassadors from the Surfrider Foundation, Take3, Tangaroa Blue along with Parks Australia and CSIRO, spent 12 days at sea visiting 10 islets and cays. Their mission: to conduct clean-ups and collect data on levels of micro-plastics and marine debris in the untouched Coral Sea Marine Reserve.

"The most alarming thing about my experience was the amount of plastic pollution we found given the location we were in. Crystal clear blue water, white sand, teeming wildlife, and next to it all was plastic pollution," Andy says.

"In an area that has no human contact, the plastic we found in bird's nests was plastic that had made its way from the mainland hundreds of kilometres out to sea which goes to show there are far greater consequences of using plastics than most of us will ever see or witness."

Waiting on the world to change

After deciding she was ready for a sea change, Karen embarked on a Master of Environmental Management at the University of New South Wales and moved into the Operations Manager role for Surfrider. In 2012 Karen started her PhD at UOW's Australian National Centre for Ocean Resources and Security (ANCORS), researching policy frameworks with the intention of improving regulatory measures to prevent marine plastic pollution from land- and sea-based sources.

"We have to learn to manage plastics properly and stop lumping plastics into one big group," Karen says. "Whether it's short term, medium term or long term plastics; we're going to need a different solution for each type."

In June 2016, Karen presented the results of her PhD thesis to the United Nations, focusing on her ideas for a new legally binding international agreement for land-based sources.

"During my PhD I started looking into policy frameworks, because policy is lagging behind industry, trade and so on. The model I developed is a way to manage plastic long term, not only setting short term bans that could each take 10 years to put in place."

"I was fortunate that UNEP heard and were interested in what I was saying. Our team now have less than 12 months to look at ways to fill the gaps in international and regional policy and identify new ways forward." 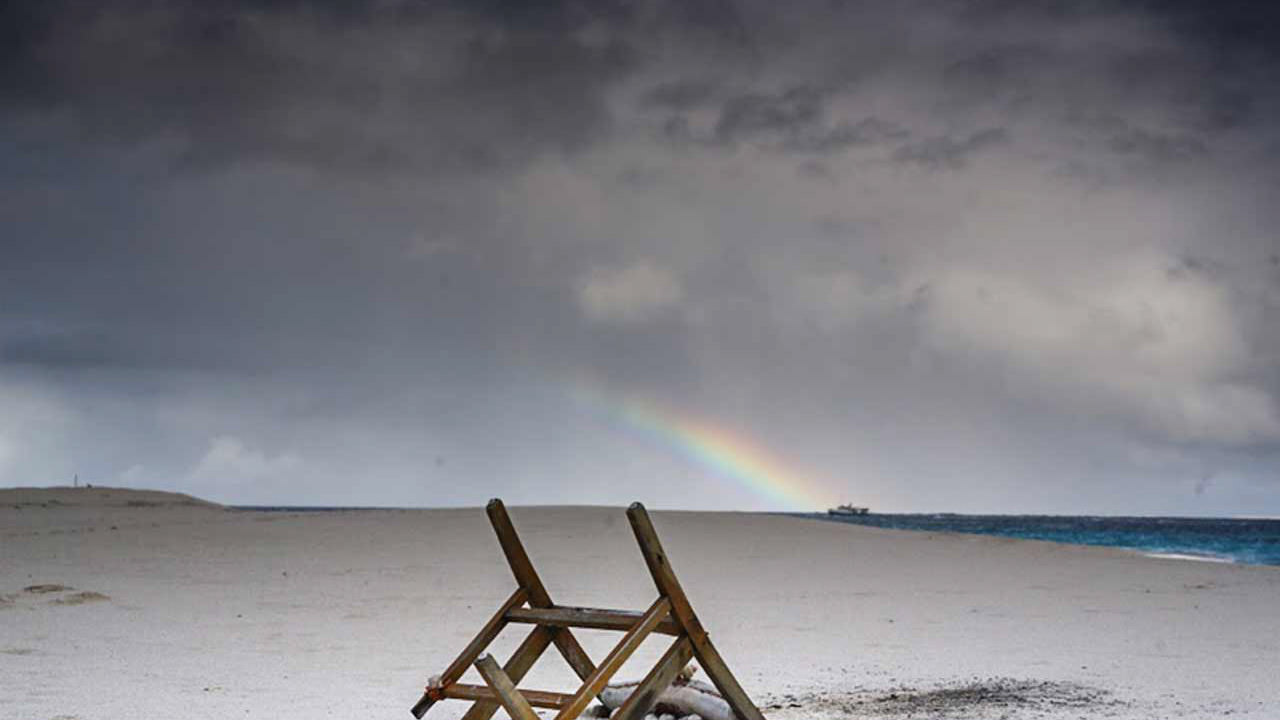 In January 2017, UNEP announced funding for Karen and a team of researchers from ANCORS to evaluate the international and regional policy frameworks for marine litter and microplastics, as well as any emerging strategies and funding considerations to stop the global issue.

"We're working with industry and science to try to solve the problem," Karen says. Karen will present the results of this research in December this year, at the next United Nations Environment Assembly meeting in Nairobi.

"There's movement happening in industry now, they're starting to look at the problem, look at the solution. We just have to try to get policy to catch up."

Since graduating from UOW, Andy has moved into a role with the Boomerang Alliance, undertaking a threat abatement plan into high-end waste and litter solutions that canvases how Australia can reduce 70 per cent of plastic pollution entering the ocean by 2020.

"The real solution to achieve deep cuts in marine plastic pollution is to address the issue simultaneously from a top-down and a bottom-up approach," Andy says. "Key policy decisions need to be made to legislate how we manage and reduce our waste.

"At the same time we need to continue to educate and inspire further change through community engagement - on a community level we need to work together to develop litter and waste strategies that are ambitious but also realistic and achievable in the short and long term."

Throughout the remainder of 2017 Andy will be working on the Boomerang Alliance's 'Communities taking control' campaign, engaging with the Illawarra community on various waste strategies. 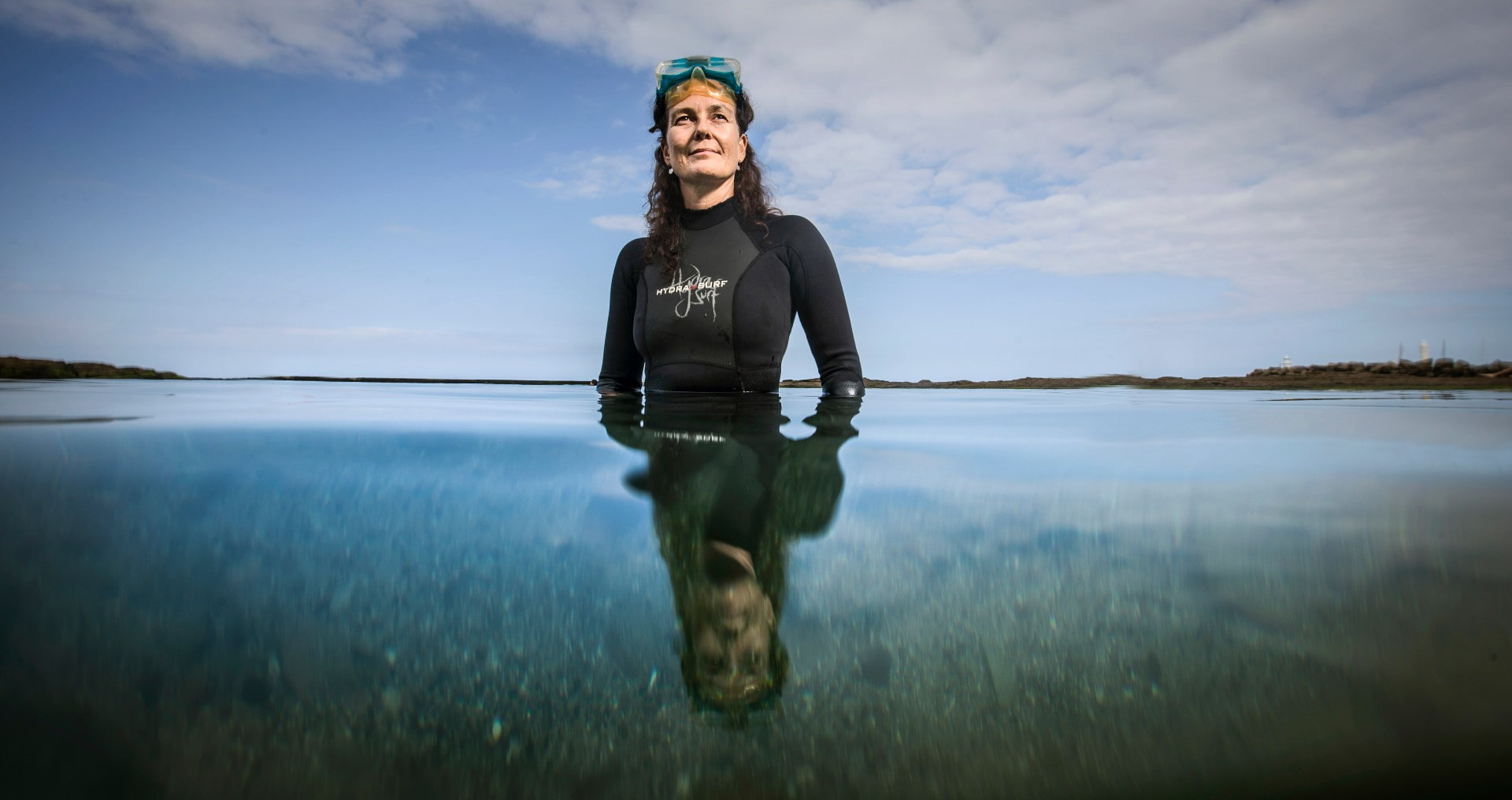 Andy believes that while the issue of plastic pollution can at times seem too overwhelming to address, we must continue to push for the hard policy solutions to give our oceans the best chance of survival for future generations. In the meantime, Andy says that the little things go a long way.

"We can make changes to our personal lives and inspire our neighbours, who will hopefully inspire their neighbours, and before we know it - we have made a difference. We can stop plastic pollution, and the solution lies in every single one of us."

Karen believes indifference to where waste goes is an issue that isn't going to go away by itself.

"We need to make people conscious of every little bit of waste; the smaller it is the more damage it can do sometimes because it can be ingested by more creatures," she says. "We're an educated country, we shouldn't point fingers at others when there's still a lot more we can do ourselves."