The revival of the Ngukurr News

How a newspaper helped a town to fight for change

In a remote town in the Northern Territory's Arnhem Land, a humble newspaper has provided an outlet to the world and a powerful advocacy tool.

Over the past decade, community newspapers throughout Australia have, one by one, been depleted or disappeared. Loss of staff and funding, and the great transition to online news have left many newspapers struggling to maintain a community presence and justify the cost of paper and ink. But a tiny town in the heart of Arnhem Land is bucking this trend, using the local newspaper as a link to the outside world and providing residents with a platform to share and explore the issues that matter.

In the age when local media is subjected to death by a thousand paper cuts, the reinvention of the Ngukurr News is a powerful reminder of exactly what a tangible newspaper means to a community and how a town's stories and faces should not be lost to the digital realm.

Ngukurr, population 1000, is located on the banks of the Roper River in the Northern Territory. Almost 700km southeast of Darwin, Ngukurr is home to a number of Aboriginal clans and is the sort of place that truly captures the essence of the Australian outback - crowds of eucalypts, searing heat, and red dirt as far as the eye can see.

Associate Professor Kate Senior, a medical anthropologist in UOW's School of Health and Society, has a relationship with Ngukurr spanning 20 years. She first arrived there in the late 1990s to work on the four-year South East Arnhem Land Collaborative Research Project, however, once the project concluded she stayed in the area. It was in 2000 that she decided to launch the Ngukurr News. 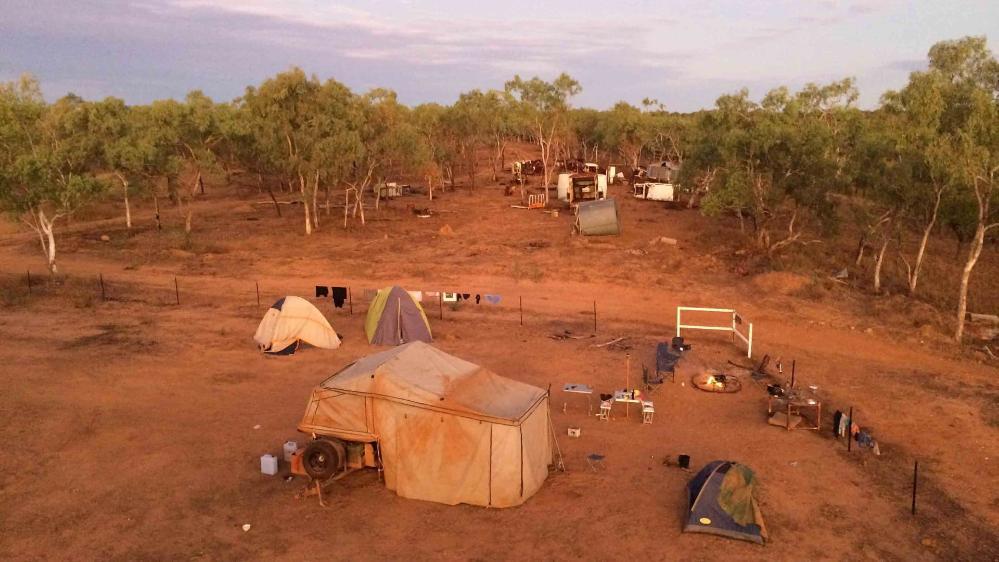 A campground at Ngukurr, in Arnhem Land. Photo: Kate Senior

"I was working there as a PhD student and I had eight research assistants," Professor Senior says 16 years later, over a coffee at UOW's Innovation Campus, where she is based in the Centre for Health Initiatives. "We wanted to do something for the community. It was kind of like starting a school newspaper, when you just want to keep the students occupied, but it quickly became really popular and became a very powerful advocacy tool.

"There were not a lot of positive stories about the community being told from other sources, so we wanted to create a platform where we could tell the stories of the community, by the community."

For four years, the people of tiny Northern Territory town treasured the Ngukurr News. Professor Senior recruited a team that included editor Daphne Daniels, a local who worked with residents to create a newspaper that reflected their concerns, successes, and spirit.

"I've never seen a newspaper in the bin," Professor Senior says. "The newspapers would be gone within an hour of hitting the shelf at the local shop and then shared amongst everyone."

Despite the popularity of the newspaper, changes in the way the community of Ngukurr was managed led to the collapse of the Ngukurr News in 2004.

"All the local services and support were taken away," Professor Senior says. "There was no space for the newspaper to exist."

Twelve years later, the Ngukurr News has returned. But this time, the town, along with the paper's small but dedicated team, is determined to ensuring it has a long, stable future.

"The demand was there from the community," Professor Senior says. "I've been involved with Ngukurr for a long time and over the years, residents have said they really miss the newspaper. They don't feel like the media cover the positive stories that come out of the community. It still operates on a shoestring, but the community is so happy to have the Ngukurr News back." 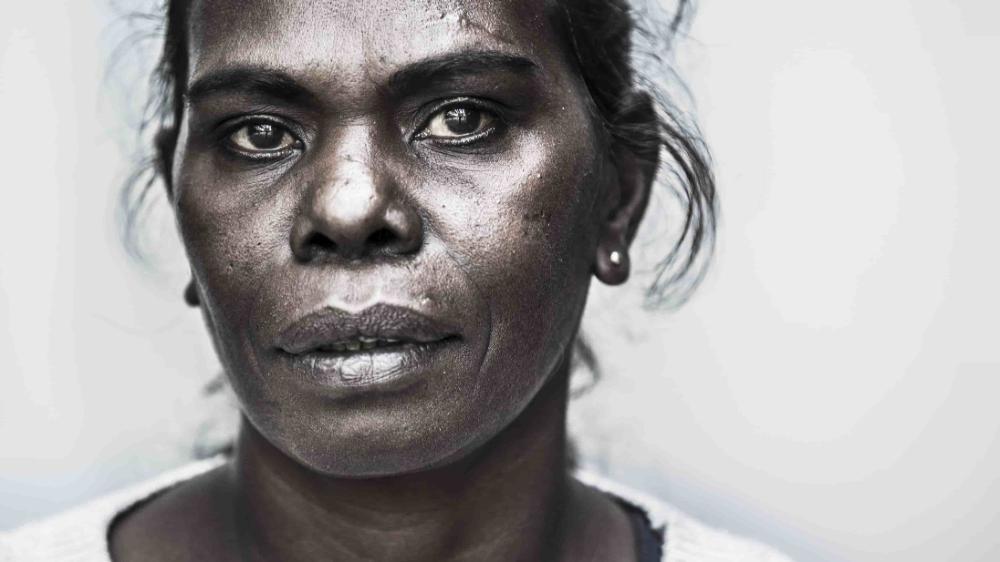 Daphne Daniels has returned to the role of editor, but for the first time, her team of journalists is drawn from UOW's talented pool of media students, who provide the majority of the copy. The fortnightly newspaper, which covers both local and national news, has a print run of 50 to 100 copies, all of which are snapped up as soon as the paper arrives in town.

Professor Senior says the isolation of the Northern Territory town still provides challenges, as the newspaper is currently printed at UOW and sent to the outback. One package, mailed two months ago, is still yet to arrive. Yet the team perseveres, motivated by the residents' enthusiasm for seeing the news and views of their town in print.

"Printing is a bit of a nightmare at the moment," she says. "We are working through the problem of the incredible remoteness of the community. But when people found out the Ngukurr News was coming back, their faces lit up, which makes it all worth it. Copies of the paper are shared throughout the community, and we've even got a Facebook page now.

This connection goes to the core of what a local newspaper mean to a community beyond just paper and ink. A newspaper is the heartbeat of a town; it is a window to its people and places, shapes its identity, provides context to wider issues, and enables residents to contribute to the discussion around and future of their community.

Laura Grozdanovski, a postgraduate research student in UOW's Centre for Health Initiatives, is one of the students working on the Ngukurr News from her Wollongong office. Along with fellow students Daniel McGookin and Oliver Chaseling, Laura spent more than a week in Ngukurr earlier this year, in a bid to gain an understanding of the area she would be covering. It was, she says, an enriching and unforgettable experience.

"I was a bit apprehensive before I got to Ngukurr, because I had heard all the negative stories that often come with a remote Indigenous community," Laura says. "But I loved it. I had an absolutely amazing eight days. I learnt so many things, things that I would not have been able to learn from anyone or anywhere else." 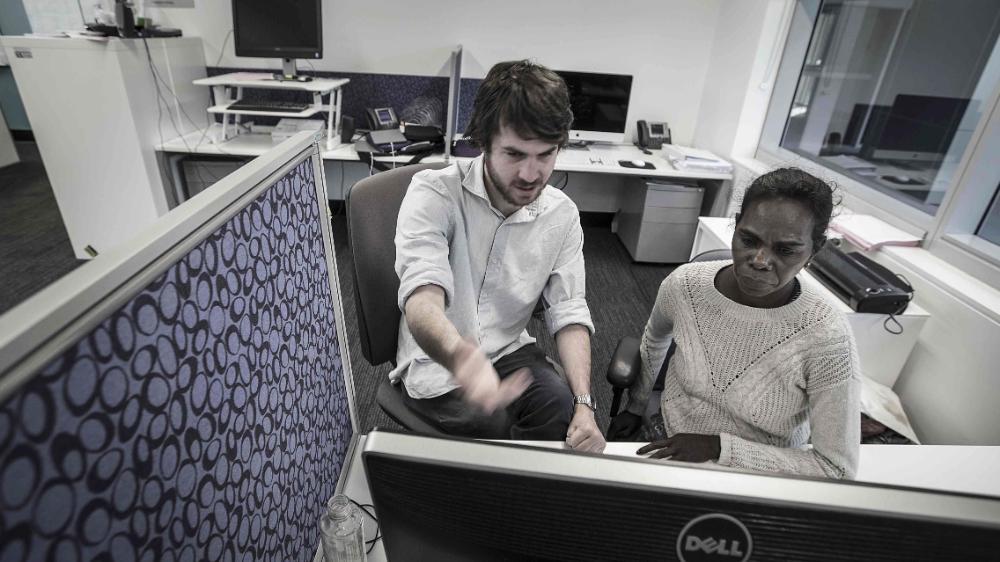 Describing it as an "once-in-a-lifetime opportunity", Laura says she was surprised at how the students were welcomed, which she attributes largely to residents' relationship with Professor Senior, who has become a deeply valued member of the community and is treated as family.

"From the moment we arrived, everyone was so welcoming and willing to chat with us and share with us what they have."

For Laura, one of the most inspiring elements of her trip was seeing how the newspaper engages with young people in the area, providing them with an opportunity to share their hopes and dreams while connecting with UOW students.

"By bringing secondary school age students in to the Ngukurr News process, we are creating an exchange between the students in Ngukurr and the students at UOW," Laura says. "We are helping them to develop their skills and a number of them have already said they're interested in studying at UOW."

Often, the people of Ngukurr tell the media students what issues they want to know about beyond their community, to be featured in the paper. The first four editions featured stories on Indigenous affairs, the Federal and Northern Territory elections, the controversy over youth in detention in NT, asylum seekers and the AFL as well as a rich array of colourful local stories. 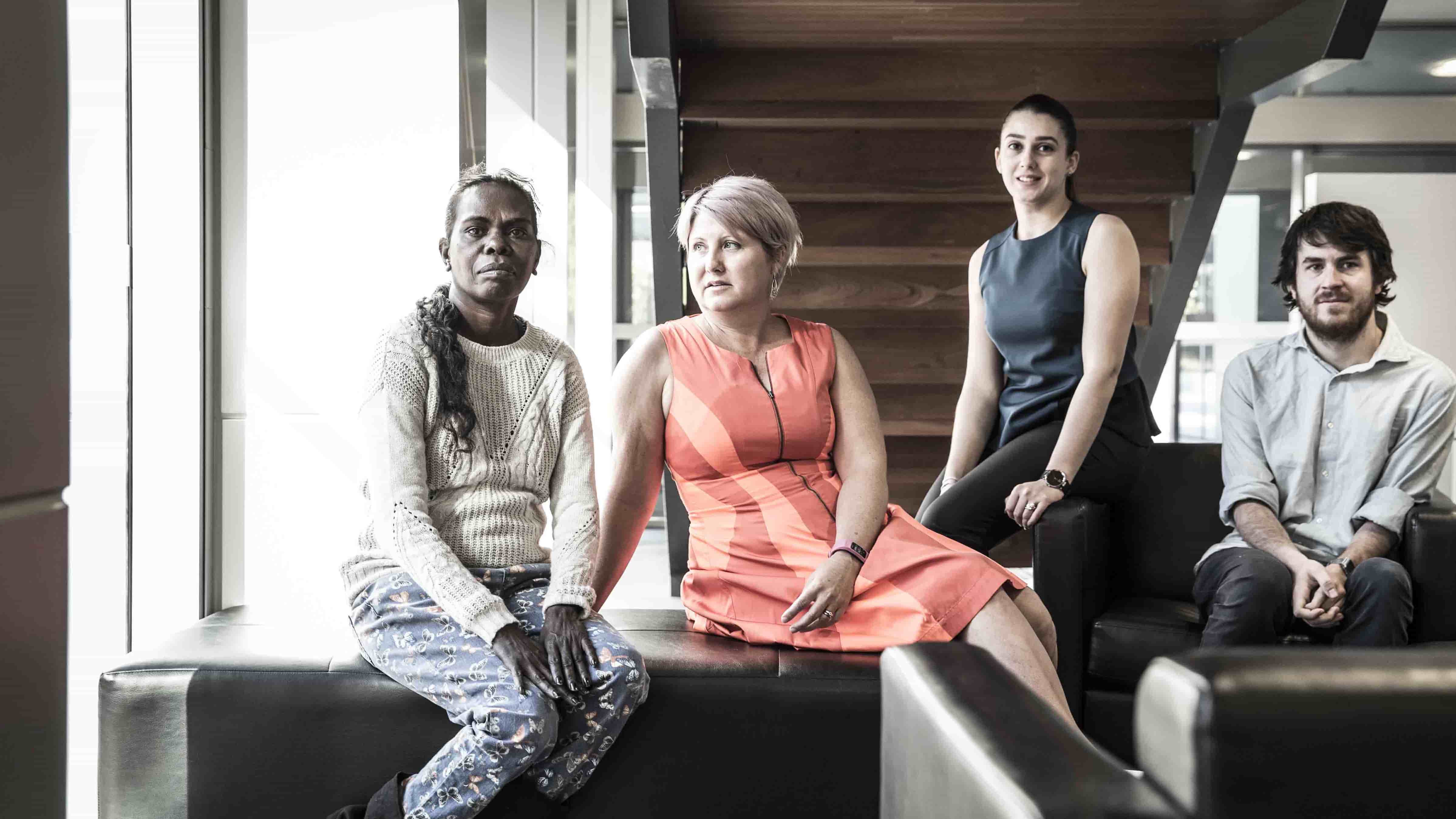 Professor Senior's relationship with the town has been integral to revitalising the newspaper. She has been a regular part of Ngukurr since she began working there almost 20 years ago; she goes back to the community regularly and her children and husband are welcomed with open arms. After all this time, it is the beauty of the region and the people that draws her to the outback.

"It's just so incredibly beautiful and remote. I've built up that trust and those relationships, and I've been trying to give back ever since," she says. "I'm an anthropologist, I love immersing myself in a place and as soon as I came to Ngukurr, I couldn't ever consider leaving."

Eventually, the aim is for the Ngukurr News to be self-sustaining, completely owned and run by the community. But for now, the foundations are in place for the newspaper to continue growing its presence and providing Wanbala Bois Bigisma Langgus - the paper's motto - which translates to one voice, many stories.