Managing complex conditions such as diabetes could be made cheaper and simpler following the development of a copper film that detects glucose from sweat or tears.

"Living with diabetes? It's a pain in the bum," Garry Johnson says. The 64-year-old has been living with type 2 diabetes for the past 15 years. He's one of an estimated 1.7 million Australians to have a form of the disease.

The prevalence of diabetes is increasing: Diabetes Australia estimates one person every five minutes develops diabetes. For type 1 diabetes, there is no cure or prevention, while type 2 diabetes can be delayed through exercise and diet.

"I used to be pretty fit. I played squash, I was doing triathlons … I was so skinny I had to run around in the shower to get wet." His condition, which is hereditary, is managed through a combination of healthy diet and regular exercise alongside medication and regular checks on his blood-sugar levels.

People with diabetes often have low levels of insulin, a hormone that converts sugars to energy and manages the amount of sugar in the blood, which is influenced by lifestyle factors such as diet and physical activity.

Without insulin, the sugars aren't converted into energy and remain in the blood stream, causing health complications that range from bladder and kidney damage to heart disease, to name just a few. Closely monitoring glucose or blood-sugar levels is therefore essential for diabetics to avoid such complications.

"I was having a regular blood test and my GP sent me for a glucose test, and when it came back I found out I was diabetic," he says. "It was very upsetting when I first found out. I wandered around the shops looking at what I could have to eat and there wasn't much. What was there wasn't very nice.

"You have to watch it and be careful. If I eat something different I have to wait a couple of hours and test my glucose to see how it affects me."

People with type 1 diabetes depend on insulin every day of their lives and have to test their blood-sugar levels several times throughout the day, which involves pricking their finger with a lancet and placing a drop of blood on a testing strip. A portable device measures the amount of glucose in the blood. 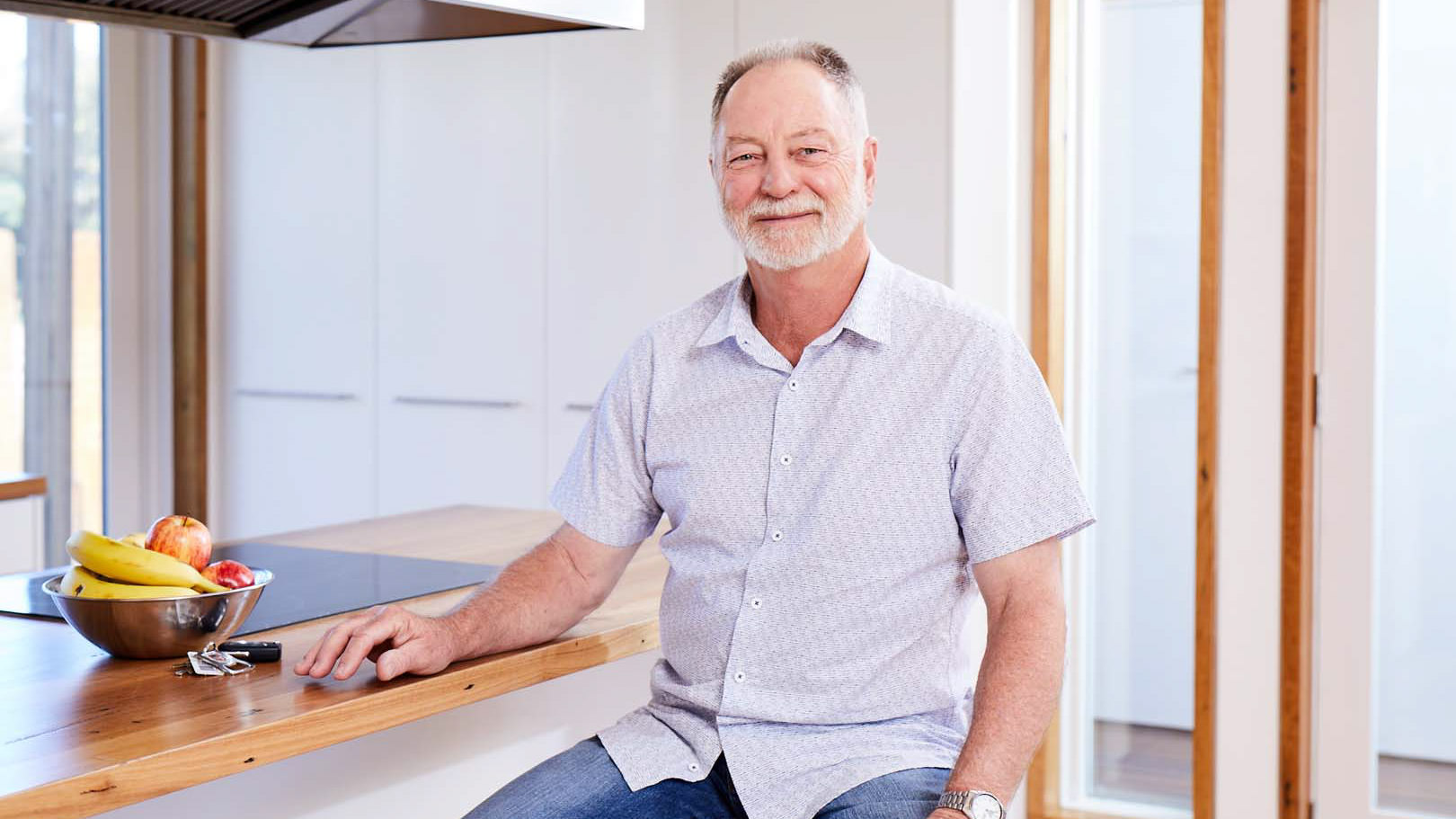 The disruptive and cumbersome process could be made far simpler after researchers at UOW's Innovation Campus demonstrated the first reported construction of a copper film with a sponge-like porous structure, which can also quickly and accurately detect glucose in salt-based fluids.

Medical device manufacturers are developing continuous glucose monitors that can be inserted just under the skin, providing the wearer with regular blood-sugar readings, yet the technology remains expensive, mainly due to the use of precious metals, such as platinum, in the sensor.

This inspired the team at the Institute for Superconducting and Electronic Materials (ISEM) to investigate alternative materials. ISEM moved to UOW's Innovation Campus in 2008, where it has led the way in new materials for batteries, medical devices and other advanced technologies.

Professor Yusuke Yamauchi, an ARC Future Fellow who joined ISEM from Japan's National Institute of Materials Science, says glucose sensors based on copper have been intensively studied, owing to the material′s good conductivity, low cost and superior performance. "Precious metals such as gold and platinum have very good conductivity but they are very expensive and we wanted to focus on more abundant and cheaper metals," he says.

The primary candidate, copper, is hard to fabricate into porous structures because it easily oxidises when exposed to air - the reason why the Statue of Liberty is green - which greatly affects its performance. "Not only are these metals highly reactive with air, they do not reduce easily in solutions and are difficult to deposit consistently on to substrates." 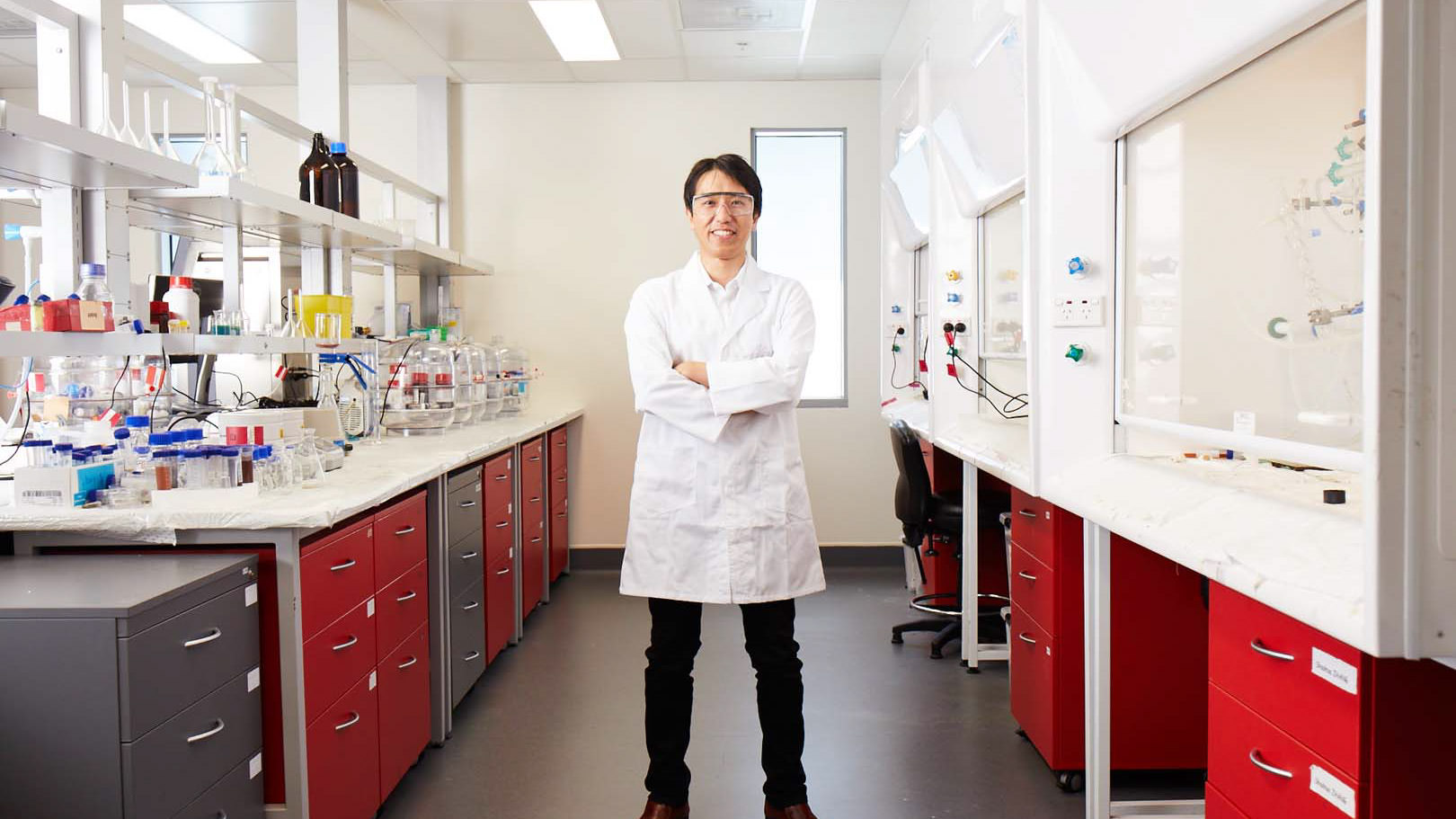 The answer was to mix a liquid solution of copper and polystyrene, creating small polystyrene balls with copper attached to the outside. These can be attached to a substrate or film using a method similar to electroplating, while a UV light melts the polystyrene centres, leaving tiny holes each roughly 10,000 times smaller than the thickness of a human hair.

The result is a porous copper film with the sponge-like structure. Further testing revealed the film has high selectivity, reacting to glucose without interference from other acids and sugars that can be present in sweat. A key requirement for materials to be suitable for use as a sensor is high sensitivity, rapidly reacting to the presence of glucose in small amounts of liquid that also tend to evaporate quickly.

"The sponge-like porous structure greatly increases the surface area and therefore enhances the sensitivity required to trigger an electrochemical signal," Professor Yamauchi says. "The extraordinary sensing performance of the copper film is probably attributed to its intrinsically good reaction toward glucose oxidation. This makes this copper film a good candidate for the direct detection of glucose to satisfy the requirements of diverse applications, such as diabetes management."

"It was very upsetting when I first found out. I wandered around the shops looking at what I could have to eat and there wasn’t much. What was there wasn’t very nice." - Garry Johnson

The researchers predict the copper film could be integrated into a wearable sensor or a smartwatch, providing continual glucose readings to the wearer, which could also be sent wirelessly to their doctor. The cheap materials also make it ideal for use in remote areas where access to medical equipment and health specialists is difficult.

"The present success paves a new way for the preparation of porous materials from abundant metals for diverse applications and at low cost," Professor Yamauchi says.

Mr Johnson says as his condition worsens, the next step will be insulin injections. "It's gradually becoming harder to manage. My body is not doing what it's supposed to," he says. "You can't ignore it. You see those ads on TV where people are losing their toes and feet and … it's frightening.

"Anything that can help people manage their blood-sugar levels would be fantastic."