What can space teach us about how the planet works?

UOW scientists are part of a NASA satellite mission to see how the planet breathes.

Our planet is alive and breathing. But it's what it's breathing that has climate scientists worried. The burning of fossil fuels and other human activities are currently adding more than 36 billion tons of carbon dioxide to the atmosphere each year. That's 36 billion tons extra that Earth has to absorb to maintain its temperature.

In July 2014 a satellite not much bigger than a suburban water tank was freed from its launch vehicle and set on course to orbit the Earth and soak up the sun's rays.

The satellite, NASA's Orbiting Carbon Observatory-2 (OCO-2), based at the Jet Propulsion Laboratory (JPL), in California, United States, began its two-year mission to collect data that is helping scientists build a more precise picture of the abundance of carbon dioxide in the atmosphere as well as where it is produced and stored.

Carbon dioxide is a critical component of Earth's carbon cycle and a key driver of changes in Earth's climate. It, and other greenhouse gases such as methane, absorb energy and hold it within the atmosphere, keeping the Earth warm and -most importantly­ - habitable.

The carbon cycle can be likened to watching the Earth breathe. Natural sources such as plant decay and fires exhale carbon dioxide into the atmosphere, while the burning of fossil fuels and other human activity add to the amount of airborne carbon dioxide.

To maintain balance in the carbon cycle, the Earth absorbs, or inhales, carbon dioxide through vegetation growth during the spring and summer months. Combined with our oceans, these form what we call carbon sinks. Currently, these carbon sinks absorb about half the total carbon dioxide emitted by human activity per year, but it's uncertain whether the planet can keep this up in the future.

UOW statistician and Director of the Centre for Environmental Informatics in the National Institute for Applied Statistics Research Australia (NIASRA), Distinguished Professor Noel Cressie, is a member of the NASA's satellite mission's science team as a JPL Distinguished Visiting Scientist. He is part of the OCO-2 science team analysing data collected throughout the mission. Professor Cressie said each measurement collected by the observatory would be an average of the number of carbon dioxide molecules per million molecules of dry air in an atmospheric column from the satellite to Earth's surface.

"The observatory circles Earth every 99 minutes, collecting up to 24 measurements a second, and global coverage will be obtained after the observatory completes 233 orbits or every 16 days," he said. "These massive datasets require sophisticated modelling and carefully derived measures of uncertainty to enable us to ultimately obtain accurate and precise estimates of carbon dioxide sources and sinks."

In an interview with ArcWatch, Professor Cressie said sources and sinks can be natural and manmade. And it's the latter that are the trouble. "The Amazon jungle is one of the larger sinks in the world - some people call it 'the lungs of the Earth' - it sucks up all this bad stuff. When you start to burn off the Amazon jungle, two things happen: you are decreasing the size of the sink and you are turning that sink into a source because all that burning introduces carbon stored in the wood into the atmosphere as carbon dioxide.

"A very large sink is the oceans. The oceans tend to take up carbon dioxide from the atmosphere. However, it makes them more acidic and usually results in their becoming warmer, so there's the potential to kill coral and other important species within the marine ecosystem. So if we reduce what we produce, we've got a better chance to keep global warming under the two degrees Celsius sustainability limit."

UOW's Centre for Atmospheric Chemistry (CAC) is supplying data from ground sites in Wollongong and Darwin to validate the observatory measurements. CAC and former JPL research fellow Dr Voltaire Velazco said the ground instruments - monitored by UOW scientists - capture infrared light rays, which are absorbed by carbon dioxide, leaving a unique signature or fingerprint that can be measured to determine the amount of carbon dioxide in the air.

Dr Velazco said the UOW data would then be fed to NASA and the ground data sets from all the stations will help validate the observatory measurements to give the most precise picture yet of carbon dioxide in the atmosphere and how much is absorbed and where. 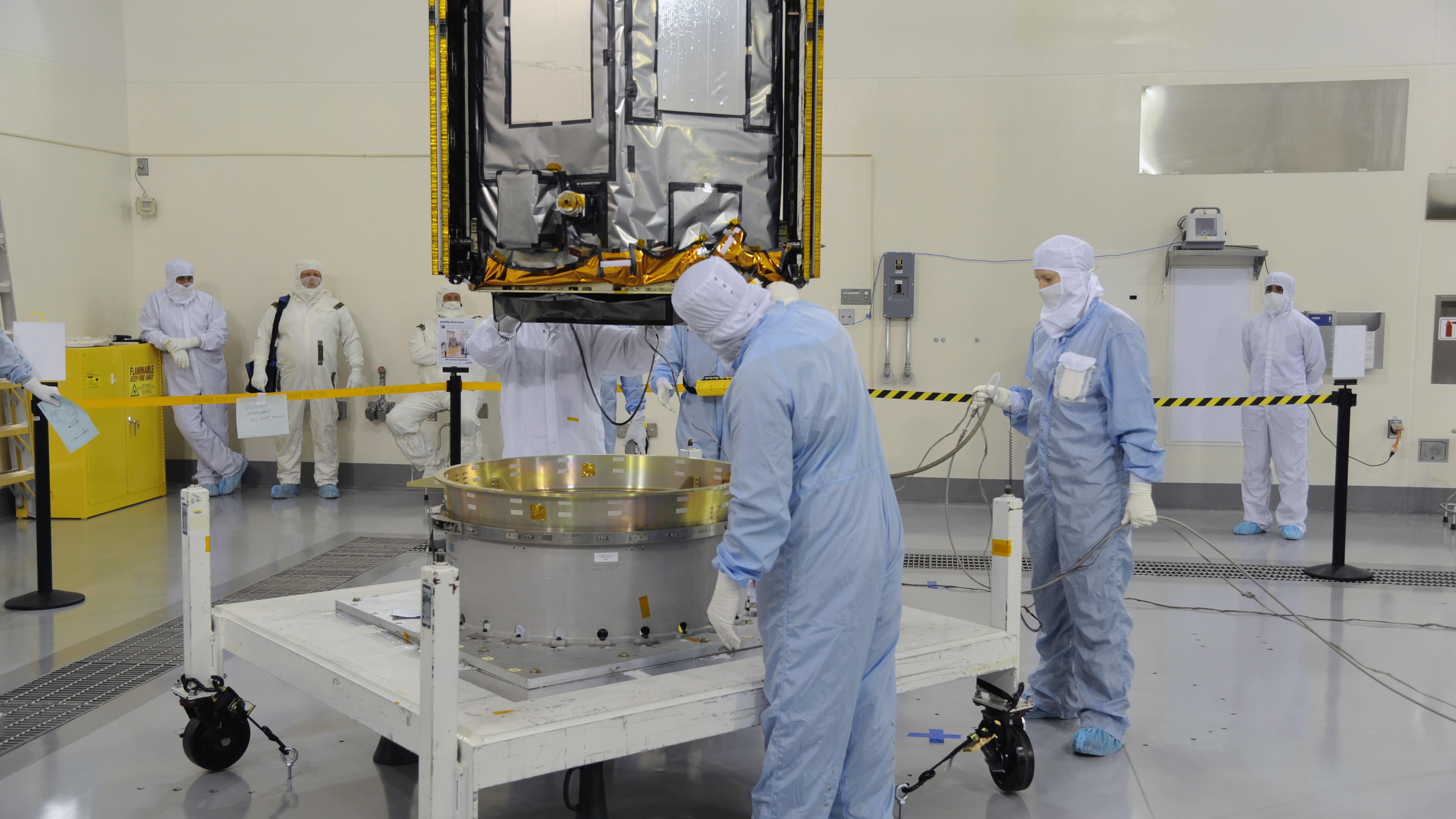 How is carbon dioxide measured?

Technically, the observatory won't directly measure carbon dioxide, rather, it will measure the intensity of the sunlight reflected from the presence of CO2 in a column of air. Sunlight rays pass through the atmosphere twice - once as they travel from the Sun to the Earth, and then again as they bounce off from the Earth's surface and hit the observatory's instrument. During this trajectory, light energy is absorbed by oxygen and carbon dioxide molecules at specific colours or wavelengths.

The observatory's instrument is capable of 'seeing' 17,500 different colours, enabling it to count the number of oxygen and carbon dioxide molecules in the column. Measuring the gases over the same location and over time will enable the observatory to track the changes over the surface.

While scientists can measure carbon dioxide emissions from burning fossil fuels, a less-understood problem that the OCO-2 mission is addressing is the extent and location of the sources and sinks. This knowledge is crucial to understanding the carbon cycle and its effect on climate change.

Knowing what parts of Earth are helping remove carbon from the atmosphere will help us understand if they will keep doing so in the future. OCO-2 measurements, and those from the CAC, will help scientists construct better models to predict how much carbon dioxide these sinks will be able to absorb in the future.

To control carbon dioxide in our atmosphere, we need to be able to measure it. We can only manage what we can measure.