Taking the steps to swap ballet shoes for doctor scrubs

Molly McKenzie went from dancer to doctor – a journey she thought was impossible when she left high school at 14.

Now working as a medical intern at Wollongong Hospital, Molly’s career path is anything but traditional.

“I left formal schooling at 14 to pursue a career in dance. I finished Year 9 and 10 by correspondence,” she said.

“I did dance for a few years and then in my early 20s, I realised I didn’t want to be a dance teacher anymore.”

Molly had been teaching dance while working in a dance warehouse and a bar, and thought about finishing her HSC through TAFE.

“I didn’t know what other options I had. Then a friend suggested I look into UOW College,” she says.

That’s when her life changed.

After completing the College’s university preparation program and getting accepted into the University of Wollongong (UOW), she started studying as a mature-age student in her early 20s. Now at 33, Molly is working as a doctor.

“I never had medicine in mind when I started at UOW College,” she says.

“I had never imagined that was even attainable at the time having left school in Year 10 and having done no formal education since then.”

Molly credits UOW College for setting her on the path to achieving her goals.

“The college was a really supportive environment. The teachers running the courses were very approachable and gave great feedback,” she says.

“It was writing essays and assignments that I initially found challenging. Early on we had a small essay to write, and we got substantial feedback on it – unlike at university where you may just get a mark. The teachers at the College told you what you did well, what university lecturers would be looking for and how to improve on it and that really helped me a lot.

“The biggest thing I needed help with was to learn how to write at a university level. The maths subject started out quite basic and it was good to know that I could remember how to do a lot of that from high school. The good thing about how the College taught it was that the foundations were re-laid so I was able to progress more confidently.” 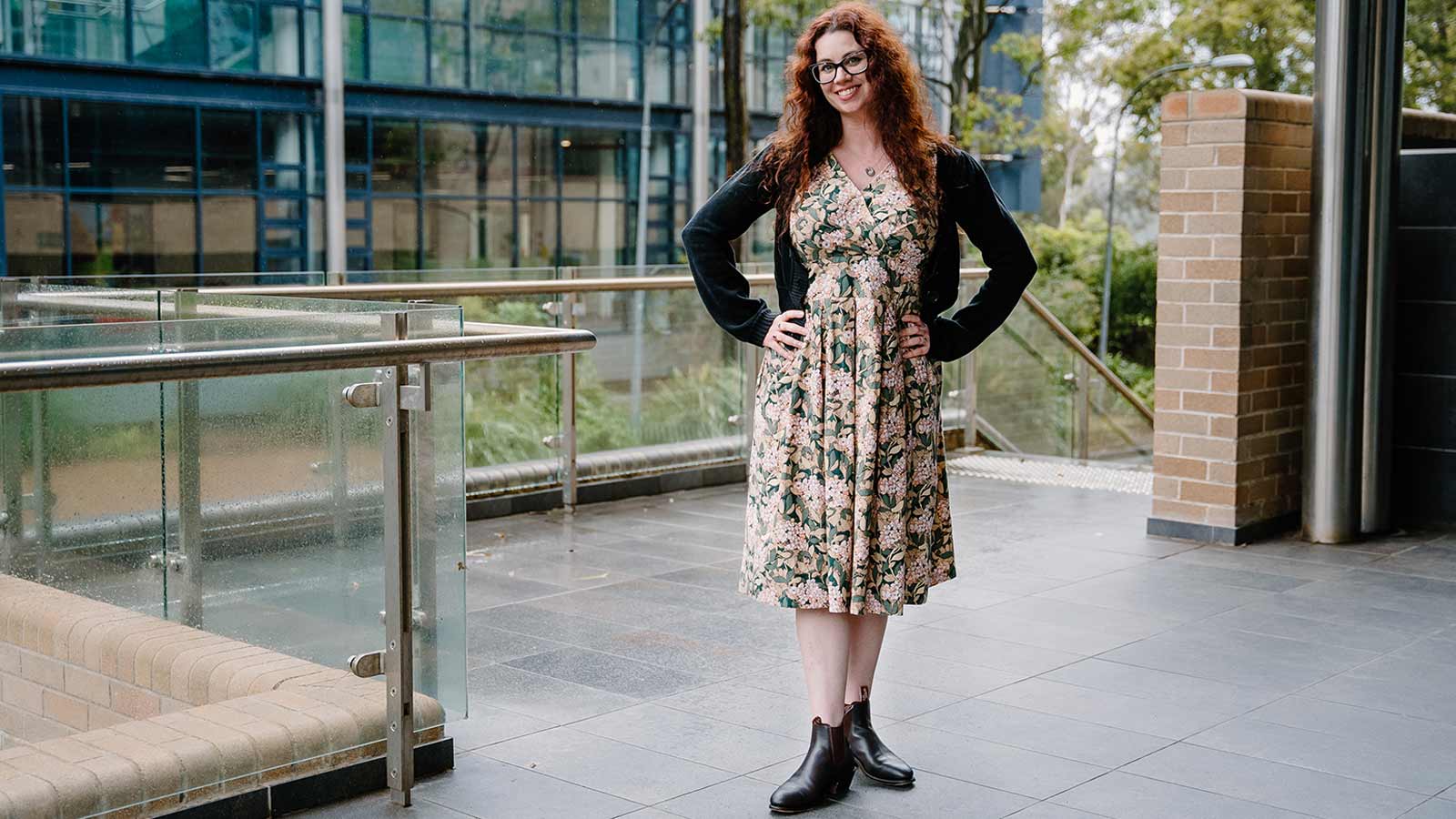 After graduating from UOW College, Molly was accepted into a Bachelor of Science and Nutrition at UOW, thinking she would specialise in dietetics.

“I had used a dietitian when I was dancing and I found it interesting,” she says.

“I really enjoyed my first year at university and thought I would do quite well. I ended up being the top student for my cohort that year.”

After transferring in her second year to dietetics, Molly became more interested in the anatomy and physiology aspects of the course, and soon decided to become a doctor.

“All my friends had already finished university and were starting their careers, but I decided to add another five years on to my study,” she said.

She applied and was accepted into the undergraduate Bachelor of Medicine at the University of Western Sydney.

“When I entered the medical degree in my mid-20s there were people there who were in their 30s and 40s – people who had a lot of life experience – and they were the ones that did really well. They knew for sure that this is what they wanted to do, and I felt the same way,” says Molly.

“You’re never too old to learn and study and you don’t have to do it in a conventional manner,” she says.

“I chopped and changed subjects in my second year at university because I was working as well, and I didn’t want to be overwhelmed. It may have taken me longer to finish but I was still getting it done.

“When I enrolled at UOW College, I was surprised at how many people I met who were a similar age and in a similar situation as myself. I made a couple of friends there who continued into the nutrition course with me. The College helped me understand how the university environment would be and how I could help make it work for me,” she says.

“I’m now doing my internship at Wollongong Hospital and am working the same as I have since starting at UOW College – going at my own pace, doing things my own way, and not following some arbitrary pathway.

“I feel like it is difficult to know what your career is going to be as a teenager. You are always learning and wondering, so being able to get where I am through the help of UOW College took the pressure off me and I realised I can still do whatever I want at my own pace and in my own time."

Learn more about the pathway programs that UOW College Australia offers to set you up for the future.

My name’s Molly McKenzie, I’m a junior doctor at Wollongong Hospital and I've got two small kids. I really enjoyed dancing and I wished to pursue a career in ballet. At the age of 14 I left high school when I was in my early twenties, I was still dancing and I just realised that this wasn't what I wanted to do with the rest of my life. I felt like I wasn't intellectually satisfied and that I wanted to do more, but I felt a little trapped because I hadn't finished school. It wasn't till a friend of mine mentioned UOW College. I applied and it went from there. I very quickly realised that I was in a very supportive environment. I found the teachers that I was working with were very approachable. Overall, I had a fantastic experience going through UOW College. I felt like I was very well prepared for university life. And then when I started studying a Bachelor of Science Nutrition at Wollongong University after my first year, I was placed on the Dean's merit list and was top student of my cohort for that year. I thought very hard about what I really wanted to do with my life and where I wanted to go, and I decided to apply for medicine. When I finished medical school, I started working as a junior doctor. So right now, my life is a bit of a juggling act. I have to fit in long hours at work, sometimes shift work as well, as well as parenting two small children and then further study. When I'm at home and they're awake, I’m my kids. Of an evening after work, we’ll sit down and read stories together or we’ll play board games together. I would not be where I am now without my experience at UOW College.