Close friends Mick Bainbridge and Jaymee Beveridge met at UOW while pursuing two extraordinarily different career pathways. But their divergent journeys shared the same goal: to rewrite a common narrative and help others do the same.

Jaymee Beveridge’s path to UOW was destined to end in success—if only she could make it past the front gates.

“My first time on campus, I drove in a little Corolla hatchback with my two-year-old daughter in the back, got to the front entrance, and was ready to reverse out again," she recalls, noting that if there wasn't a delivery truck behind her, she might have backed away. "I'd never been on a campus before, and I was the first in my entire family to enrol in Uni."

For Jaymee, the campus became a safe escape from significant family trauma. She was able to complete an undergraduate degree followed by a masters several years later, before being asked to join a review of the Woolyunguh Indigenous Centre, which eventually led to a directorial role.

“I’ve always had a deep connection to UOW, first as a student, then as a representative on student council, then on the first UOW team at the Indigenous Games… I have some really strong connections and networks in the Aboriginal community that were formed here. So when the position of Director of Woolyungah Indigenous Centre was being created, this was my chance to give back. Seeing people like me and knowing that space is created and maintained for them to succeed and be safe is exactly what I’m about.”

Mick Bainbridge’s journey to the Uni was vastly different, but the impact of his time in Wollongong was equally impactful. Having spent 14 years in the defence force (including 12 years as a Green Beret commando), a series of service-related injuries—both mental and physical—led to his discharge. Mick needed the time and space to rebuild.

After completing a summer early access course and applying for separate Law and Commerce degrees, Bainbridge was accepted into a double degree via the prestigious Jack Goldring Memorial Scholarship—something he describes as a “pretty intimidating experience.”

“I’ve done a lot of weird stuff: I’ve lived with warlords. I’ve been in gun fights. But coming into uni was one of those things I’ll always remember as a real challenge in terms of being brave enough to step in and just have a go.”

Listen to the full interview with Mick and Jaymee

By the time Mick was making his way through his double degree, Jaymee had already found her feet as Director of Woolyungah Indigenous Centre. And while they both crossed paths as students and staff, the pair’s reserved personalities meant their friendship was a slow burning one—at least to begin with.

“Mick was this elusive character that everybody spoke about, but I had not crossed paths with,” says Jaymee, noting his penchant for all-night study sessions multiple days a week. “I would come in early for work at 7AM and he would still be there from the night before.”

“Yeah, I was always studying late at night,” laughs Mick. “At the time I had a young family, so [the campus] was instrumental for me to be able to get things done. If I were at home, I’d be feeding the kids while trying to study.”

And from those late nights and early mornings sprung conversation—small talk at first, before getting deeper into their respective struggles while finding kinship in the overlap between them.

“There was always a war Mick was fighting for in terms of his work for the NSW RSL. But he’d come into my office and leave all the fighting at the door. I still find that there is this comfort between us where we just talk. There is no agenda and it’s quite pure.”

But Mick’s full story—of a returned serviceman battling PTSD while undertaking a lawsuit against the Department of Defence—was the final piece of the puzzle for Jaymee. “One day he so casually says ‘oh yeah, they’ve just done an Australian Story about me.’ So I watched it and it was not the Mick that I knew, because we didn’t talk about that stuff. But we eventually spoke about some of the content that was disclosed in that story. So I saw this other really diverse side from what I initially met as this gentle, calm person.” 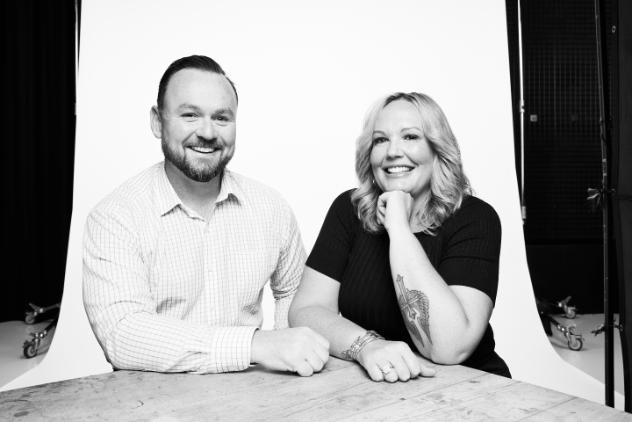 Driven by his experience navigating the complexities of mental and physical illness faced by countless other veterans, Mick put his double-degree to use in opening Operation Legal Australia—a law firm geared specifically for veterans and servicemen.

“We've really looked at a niche area, and I don't think there's anyone else really doing what we're doing. We've got about 15 matters before the royal commission into veteran suicide at the moment. So we're really trying to shape the space in terms of the defence industry.”

“I think there has always been a sense of wanting to stand up for people who need help. It doesn’t happen every week, but you do get matters where you go home feeling great about what you’ve achieved.”

Jaymee and Mick share a friendship founded on two unique but intertwined stories of healing. The impact they have had on each other is as undeniable as it is immeasurable.

“Once we had exhausted our small talk, the conversation shifted because I think he trusted me,” says Jaymee, of their enduring friendship. “It wasn’t just uni stuff, you could talk about what was going on at home too. It was fun and it was light, but it was also serious.”

“It's the ability to vent and continually check in on each other,” adds Mick. “That's the baseline of any good, solid friendship. I know she's always there for me if I call in and same for her. We both lead pretty hectic lives, so it doesn’t really matter if we don’t speak for months. We’ll just pick up right where we left the last conversation. It’s a pretty cool little friendship.”

And from this friendship is a lesson to be learnt about anyone looking to a degree as a way to change their own narrative:

“There are always pathways to uni, and fantastic opportunities for people looking to rebuild,” says Mick. “I think we both did it with fairly strong adversity in our lives to get to this point. I'd say to any veteran or any person looking to change something that the key to everything in our lives is education. You can do a hell of a lot more with education than with anything else.”

“I echo that for any single mums or mums who are wanting to change, or women wanting to be agents of change,” adds Jaymee. “Education is the key. For our students to be afforded a safe space on campus where they can get away from whatever is happening outside, it’s an amazing opportunity. And it’s available.”