From opening doors to breaking ceilings.

A month after International Women’s Day, are we any closer to achieving gender equality? We have an honest conversation with UOW PhD candidate and Aunty Mary Davis Scholarship recipient Catherine Moyle on ways to create a better world for women.

The true meaning of International Women’s Day (IWD) can get lost among the noise. Some might argue that the day, which originally commemorated women’s social, political, and economic advances, is now diluted by corporate morning teas, discount codes and hashtags. Reflecting on this, University of Wollongong PhD candidate Catherine Moyle (working with Jindaola and the Ngayagang Yanba projects), believes it’s because it’s easier than doing the heavy lifting.

“I was reflecting on this idea of bias binding, a sort of decoration that covers over the two edges of something. That’s really what we see within society and organisations. To some organisations, that's what International Women's Day is. It's something that's pretty for a day. It's just on the edge, and it smooths it over,” she says. Catherine makes a strong point that like most issues and causes commemorated by a ‘day’, gender equality warrants attention 365 days of the year.

Catherine certainly isn’t ‘on the edge' of creating social change in the Illawarra. She is an advocate for Indigenous women and holds several positions across local community groups, with her work and contributions recently being honoured with the Aunty Mary Davis Scholarship for Indigenous Women.

It also initiated this conversation; how can we leverage International Women’s Day to create legitimate change? It’s an overwhelming task, and not all the answers are clear, but here are five places we can start.

Catherine says the groups who benefit from privilege often don’t realise it’s working in their favour and encourages everyone to evaluate how bias plays into their world. She says to start local and ask women about their experience of bias.

Lack of knowledge often doesn’t stem from malice but rather from human nature. We are almost oblivious to our own privilege until we assume a different point of view and can see how it’s serving us, and who it disadvantages. It’s what we do with this knowledge that differentiates the motive.

“How are they acting on their knowing? We have a responsibility to do that. Once you know something, you can’t un-know it.”

Looking at the current landscape of gender inequality within Australia, Catherine likens it to being locked out of the house. Your first response is usually ‘who can let me in’ rather than ‘how do I get in?’.

“It's a lot easier to be let in the door than to have to crack a window and climb through,” she says.  Catherine explains that if the house was never yours to start with, that coming in through the window is akin to break and enter and is responded to in the same way.

“One of the first steps towards gender equality, especially within workplaces, is to simply open the door,” Catherine says. She taught her children from a young age to be aware of and see where they are benefiting from bias, making it hard to deny that adults can’t do the same.

“They will always look behind and offer a hand, which I am really proud of,” Catherine says.

We all have a responsibility to help where we can and where we have the capacity to do so.

“You leave whatever space, room, or relationship better than when you started. It’s that idea that even the smallest thing makes a difference.” 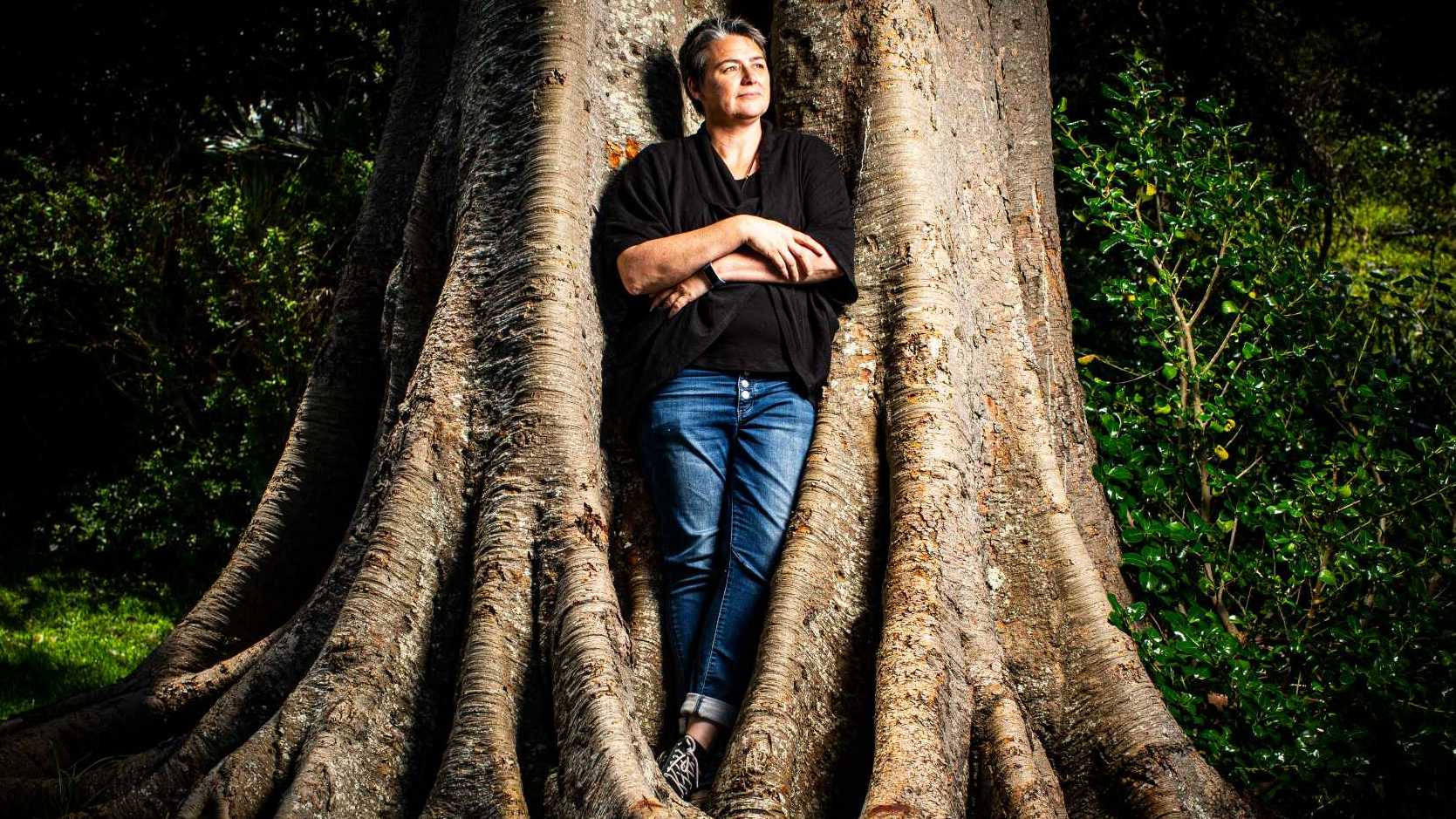 Aunty Mary Davis Scholarship recipient Catherine Moyle is 'paying it forward’ to create opportunities for women, like many did for her.

While it’s important to become self-aware of privilege and the people it serves, it doesn’t change the proven fact that Australian women currently earn 13 per cent less than men, which is why Catherine believes we need both acknowledgement and action. She suggests making opportunities for advancement much more accessible for women.

“It’s not necessarily creating new funding, but it’s making it accessible. Again, it’s about opening the door. Investing and changing the culture, so it becomes a safer place where women want to be.”

These criteria disadvantage women who take maternity leave or fulfil the role of primary carer and can be excluded from projects and opportunities as a result. The effects manifest years down the track in earning potential, superannuation and savings. These directly contribute to a range of social issues such as homelessness with older women recognised as the fastest-growing group to experience homelessness in Australia.

“How do you change what warrants something like a promotion? Acknowledging there are different sorts of knowledges. To look at intangible things as something that doesn’t disadvantage women, because we'll never make it into the upper ranks whilst they’re not recognised appropriately,” she says.

“You’re only as strong as your weakest member,” Catherine states, recalling conversations about community while working in Tauranga in New Zealand.

“One canoe by itself will get overturned or swamped in rough seas, but if you bind them together, it increases the buoyancy and their ability to withstand,” she says.

“I see that a lot in my own life. I have the immense privilege of being surrounded by a lot of women, who are all sort of running on empty a lot of the time or are all at capacity, but something happens. And when everyone stands together, there's that support, and we can withstand anything.”

Catherine is using her scholarship to create opportunities for other women and recognise the support of those who did the same for her.

“I’ve only been able to stand in different spaces because I have women around me, who see me and tell me that I can,” she finishes.

5. Be honest about bias

“We need to be held accountable, women included,” Catherine says. It’s hopeful that intersectionality is laddering into mainstream conversations around women as it recognises that not all inequality is equal.

“Being open to and honest enough to see where that bias is and how you're benefiting from it. It's about taking some personal responsibility and looking at ways we can support each other as women,” she says.