Whatever Matrix-era stereotypes you might hold about the cyber security industry, Louis Cremen and Susan Zhang embody their opposite. Sunny and full of respect, Louis and Susan’s dual mentorship and close friendship has been integral to each-other’s success, proving itself in unexpected ways.

"You can always recognise the people who are going places.”

Louis and Susan met under circumstances that were equal parts learning opportunity, social networking and pizza bribe. At Wollongong, Louis was one year ahead of Susan studying a bachelor of computer science. He offered after-class lessons teaching iPhone app building to first and second-year students. Eager to learn and tempted by the free pizza, Susan came to these sessions with a visible drive to master the subject matter.

“I’ve taught a lot of students, and you can always recognise the people who are going places; they are enthusiastic; they ask the right questions,” says Louis of his first impressions of Susan. “They grow exponentially. And Susan has always been one to jump on new things.”

He describes a student willing to push herself not just in her knowledge of computer science, but of the people and cultures that would help her beyond it. “When we first met, her passion for wanting to meet and network with people in a second language was always incredibly driven. Her ambition and drive continuously exceed where I think she will go.”

Having arrived as an international student from China, Susan was looking to apply herself not just in her studies, but in her social life too. “What struck me in my first year as an international student was how scared I was and that I did not have many people to talk to,” she says, describing the alienation that comes with setting foot on any foreign soil for the first time. “Louis was so friendly, I felt a happiness overload. He had this warmth that gave me the courage to ask a lot of questions. Louis had a lot of friends around him, and that’s what I wanted, a big circle, a network.”

“I looked at Louis and [his life] was what I wanted.” 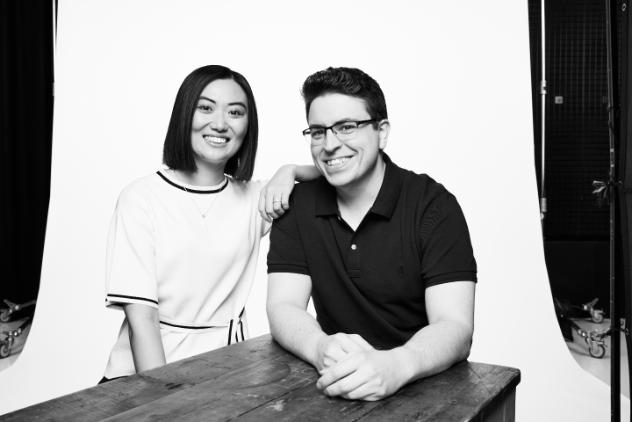 The pair, while familiar through these extra-curricular classes, were properly introduced when they were both endorsed to attend the Apple Developer Conference in Canberra, where Louis was delivering a session. While they carpooled together, a mistaken hotel booking meant Susan had no room for a night. Louis and his group had a spare room, so she called in a favour.

From that point on, both Louis and Susan found a mentor in one another. For Louis, Susan offered a fresh perspective and enormously positive energy towards their shared interest in computer science. For Susan, Louis was a representative of the type of success she sought in their industry.

“We all know the stereotype of these introverted men [in cyber security]. But Louis immediately changed my assumptions,” Susan says, with a smile. “He showed me a different character of how you can flourish in this field. How you can grow your knowledge by asking more questions and really thinking outside of the box. Then when I look at how he balances his family, work and life, I just feel like I’m ten years behind.”

“You want to surround yourself with people who you want to be like,” mentions Louis in response. “You want to go towards people with that awesomeness… Susan is one of those people.”

After completing her degree, Susan would go on to work at Google London, helping them deliver award-winning campaigns as a creative technologist, before moving on to roles at TikTok and Amazon while mentoring young entrepreneurs across Australia, Canada, the UK and China. In 2019, she was awarded the Young Australia China Alumni of the Year Award at the Australian Embassy in Beijing.

Louis would go on to write mobile apps that made it to #1 in the iOS and Android application stores, work in international innovation centres, create award winning security solutions for international governments and become a highly in-demand cybersecurity technical instructor. This year Louis was named EC-Council’s Instructor of the Year for Oceania.

The pair continue to motivate and support each other. Susan recently joined the team at Canva and is working to complete her PhD. Louis is studying Neuroscience part-time, to expand into the future world of NeuroTechnology.

Louis and Susan continue to share a sharp dynamic that plays off both of their personalities. What Susan refers to as ‘stupid’ questions, Louis refers to as ‘the right’ questions. They both use the word ‘valuable’ to describe each other. But embedded deeper in Louis and Susan’s story is a broader lesson about how cultural differences can inform smarter, more interesting solutions for their professional work.

“Being able to network and communicate with others absolutely helps me grow,” says Susan. “It’s the reason I go to conferences—to access communities and live vicariously through them. That networking, that people connection is very valuable.”