A duty of care

Over four decades of friendship, the lives of UOW Vice-Chancellor Professor Patricia Davidson and UOW Head of Nursing Professor John Daly have become so intertwined that it’s impossible to imagine a world without each other.

“Nursing is not an easy career at the best of times, but in those days you really had to step up quickly.”

It’s important to understand the impact Patricia ‘Trish’ Davidson and John Daly have had, not just on the nursing profession, but on each other. For Trish, who is now the Vice-Chancellor of the University of Wollongong, John has been a colleague, mentor, and friend who has offered kinship at every stage of her journey. For John, a distinguished healthcare professional and having led nursing schools at University of Technology Sydney, Western Sydney University, and University of Sydney, and now UOW, Trish has been so instrumental in his academic journey, that he may have never enrolled in uni without her..

Trish and John met on their very first day of nursing school at Wollongong Hospital in January 1977. John, who had emigrated from Ireland in the late-60s, held a particular affinity for nursing after spending his early-childhood in hospital with polio.

“I think I decided at 14 or 15 that I was going to be a nurse, and no one could stop me,” he says, simultaneously describing his own interest in the profession and the barriers that men faced in what was predominantly a woman’s career.

Trish, who met what she describes as a ‘mischievous’ young man (one of only two in the class) knew they were both destined for greater things. Energised by UOW’s growing student base, rising as fast as they could to construct buildings to accommodate them, she set out to enrol them both.

“By the end of our first year in nursing school, I recall Trish saying to me, ‘this isn’t stretching us intellectually. We have to take ourselves to university and start doing education and psychology’. And I thought, ‘what planet is this lady from?’” says John.

“I might never have gone to university if I had not met her.”

“I think life is about people seeing things in you that you don't see in yourself,” says Trish, of convincing John to enrol.

“John was really smart, and I thought he would be great.”

Listen to the full interview with Trish and John

John and Trish’s early years of study came amidst a turbulent time, not just for UOW, but society in general. A multitude of parallel social justice movements would lay the foundation of compassion and care that would permeate their respective careers. It was the era of Whitlam (and the great dismissal) and of free education. Trailblazers were making their way across the country to push the envelope at universities like Wollongong and UNSW. Gender and class stereotypes were being shattered. There was the first Gay and Lesbian Mardi Gras and the formation of the 78ers. With John breaking the norms as a male nursing student and Trish as a woman in academia, they were at the centre of it all.

“It was a time of great change and opportunity,” says John. “There were a lot of active movements to improve human rights for various groups. The influence of radical thinkers on campus, who I believe were more vocal than they are now, exposed us to all of those kinds of ideas.”

“I really found many of the teachers of that time to be quite inspirational, not just by their intellect, but also their kindness,” adds Patricia. “There was something about the size of Wollongong then. I'm sure it attracted a lot of the rebels from the other universities who wanted to be trailblazers and to make a difference.”

But in the classroom, there was still work to be done. It was during this time that Trish and John continued to lean on each other for academic and personal support.

“We had phenomenal teachers, but they were tough,” says John. “The standards were high. It was before the era of mass higher education, and some of the subjects were notoriously difficult. Personality theory and psychology had an egregious failure rate and a scary lecturer and these characters were well-known, and they demanded the best of you. But there was also gossip in the coffee shops, as well as lunches and dinners with your teachers. It was an amazing time.”

“Wollongong really taught us about the importance of the intersection of social and health issues, as well as the importance of social justice,” says Trish. “John has an Irish-Catholic background and I went to a Catholic school, where many of the nuns were quite radical with their social justice agenda. That’s where we had a united vision. We were pioneers in leading nursing into the universities.”

Following bachelors, masters and eventual PhDs, the pair would continue to help each other navigate an astounding set of academic and industry achievements that, over the following decades, intersected in a litany of serendipity.

The pair continued working together at the University of Western Sydney, where John was head of the School of Nursing, Family and Community Health. As Trish went on to become the dean at Baltimore’s famed Johns Hopkins University, John would serve as secretary general for the Global Network of World Health Organisation Collaboration Centres for Nursing and Midwifery—a role that Patricia would fill in the following term. Both were nominated simultaneously as fellows in the American Academy of Nursing, an honour held by few Australians in the field.

“It’s been a real privilege to have an impact in academia not only here, but also in parts of the developing world to achieve things they did not necessarily think they could do,” says John. 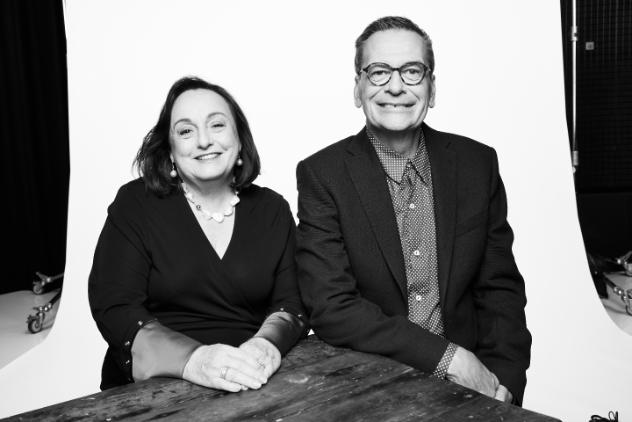 Left to right: Patricia and John

Now entering their fifth decade as nurses, they are using their experiences to pay it forward. The pair have reframed their work towards what Trish describes as, “a vision for a better world driven by nursing.”

“We know from really rigorous research that when nurses are better educated, patient outcomes are better. I’m a huge advocate for nursing as a profession… but I also think nursing is a fabulous foundation to a great life. People think it’s a waste when someone studies nursing but goes on to a different career. But no one says if you study law, you can’t go into business or politics.”

“Nurses are a precious resource, and I think COVID has thrown that into stark relief,” adds John.

“There is nothing that I get more pleasure out of than seeing somebody else do really well. That goes for students as well as patients. You learn to engage and to nurture people who will have the best potential. They will pick up on your style and will learn to be inclusive and grow that into the next generation behind them. So doing that in a very energising, caring way, not being threatened by people who are smarter than you, but actively looking for people who are smarter than you.”

As Trish and John look back over their intersecting careers, both would cite the other as an integral part of their professional and personal lives.

“We’ve been through some really tough times in each other’s lives,” says Trish. “Some of the sadness and tragedies we’ve all faced just make the relationship stronger.”

“Trish is like a big sister to me,” adds John. “She's always looked out for me and given me counselling sessions (sometimes unsolicited) if she thought that I would benefit from them. She's always been a very great source of advice and inspiration and a great confidant. She always made me feel like I could do things, even when I doubted my ability to do them.”

Now that Trish has returned to play a pivotal role in the future of UOW—a very different place now than it once was—she’s able to recognise that some things do stay the same.

“The university is who I am. It was a transformative time in my life, and it sent me in a different direction and made me think about new possibilities. That’s why I was such a proponent of nursing in universities, because we’re not just technicians; we care for people too.”

“And of course, Wollongong is such an exquisitely beautiful place. There are always many friends here to come back to.”