It all started in a barn.

Well, it wasn’t really a barn, just a house that looked like one. Ben Tillman’s house, to be specific. Ben Tillman, who booked bands to play at a series of increasingly out-of-control house parties that would eventually turn into one of Australia’s fastest growing music brands.

The origins of Yours & Owls--a barn party turned small cafe turned-music venue/booking agency /large-scale music festival known locally as ‘Gong Christmas’... is a long story with any number of divergent themes. But predominantly, it’s a story of Wollongong as a blank canvas for creative experimentation, and of three childhood friends who worked to create one of the city's most important cultural institutions.

Adam Smith and Ben Tillman had grown up together by the time Balunn Thomson moved from New Zealand to Wollongong at age 12. Bonding over a shared love of surfing and a steady diet of grunge punk, the three were either playing in bands, watching bands (in venues like the divey Oxford Tavern) or booking bands throughout their teenage years—an interest which continued as the three enrolled at UOW together. While Adam studied economics and Ben and Balunn both studied psychology, the infamous Garden Parties and band comps offered a backdrop to their own increasingly debaucherous events; one link in a longer chain that would continue to grow through the years.

Once his barn parties had gotten too big for their own good, Ben got serious about throwing arts and music events around Wollongong. He booked acts like Tame Impala (“ten people showed up and the bass player had to be snuck in because he was under age” according to Adam) while trying to find unique spaces and characters to counter the time’s dominant culture.

“Back then, the culture was all about heavy drinking at clubs,” says Balunn, “and there wasn’t a single small bar.”

While many of their peers moved to Sydney in search of new opportunities, the trio opened a cafe in Wollongong. They called it Yours and Owls, riffing on the idea of something that belonged to everyone. “It was never intended to be a music venue” says Adam, who describes their original idea as a cafe and gallery that could host music in the background. But the closure of the Oxford Tavern, as well as a chance performance from a young Kirin J. Callinan, hinted that a band room may be just what the city ordered.

Listen to the full interview with Adam and Balunn.

And while most people saw Yours & Owls as another dedicated small music venue in Wollongong, elsewhere things were happening that pointed toward an impending change in the city’s topography.

As the steelworks’ dominance on employment slowed and migration from Sydney picked up, Wollongong began to show the markers of a new, post-industrial era. Just a few doors down from Yours & Owls, a breakfast spot Lee & Me introduced nu-Australian cafè culture to the city’s flavour palette. Nearby, Otis Bar (now The Little Prince) paved the way for small bar culture (and licensing) to thrive. Wonderwalls, a new street art festival, began covering the town in large-scale murals from renowned street artists. All the while, Yours & Owls were providing the local scene’s playlists.

By the time the boys were ready to launch Yours & Owls as a festival (“a 4th birthday party for 3,000 people”), both the local government and themselves were stepping into the unknown. “[Council] might have been nervous but they didn’t know what it would be, and it needed to be that way” says Adam, describing how their setup crew was “mostly mates and people in the scene who believed in the vision.”

“After the first festival, the council knew our documentation wasn’t up to scratch, but they thought ‘let’s give these guys a run’ because there was nothing else like it. There was no precedent.” 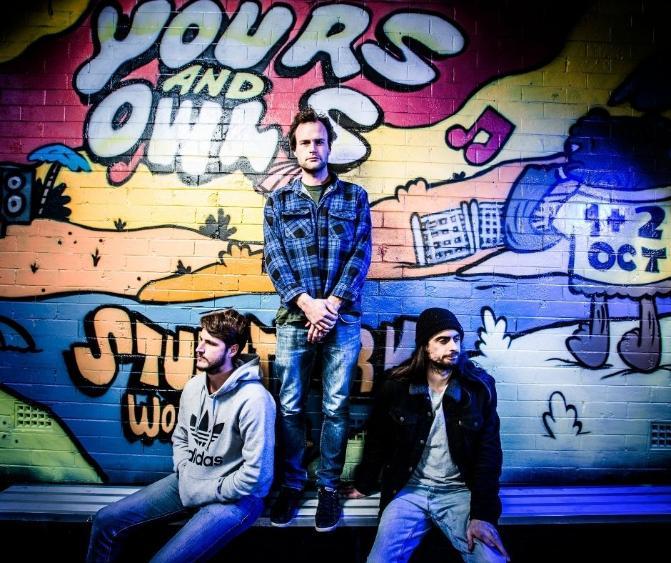 Yours and Owls promotional photoshoot in 2016

So as the festival grew from 3,000 punters in its first year to 8,000 in its second, Yours & Owls felt those growing pains acutely. “Things had stepped up quite substantially, but we still had no idea what we were doing” Adam recounts. “The festival nearly collapsed that year; the P.A nearly exploded; everything went wrong. But we came out of it like ‘oh my God we need to do better and prove that it can work.”

“We've had such a funny history and relationship with both the police and the council down here, where we kind of started off as naughty boys who were always pushing things a little bit too far, but then apologising and being really nice,” laughs Balunn. “Getting into trouble, but not so far as to get banned forever.”

But much like the city-wide renaissance of small bars, arts festivals, cafès and events, the investment from the city quickly paid off. Gradual encouragement by policy-makers didn’t just drive huge economic benefits to the city, but also allowed the visionaries to craft an urban blueprint more sustainable, inclusive and safer than its predecessor. This freedom allowed Yours & Owls to run an underground sister festival ‘Farmer and the Owl.’ During, they partnered with Hockey Dad to launch a drive-in gig and one of the only COVID-safe music festivals to take place in 2021 (“I’m glad we’ll never have to do it again, but we’d rather go for it and cop a bit of criticism than do nothing at all,” Adam says)

In 2022, Yours & Owls will return to Stuart Park for the biggest iteration of the festival yet (which at the time of writing is about 90% sold out with 5 months to go). They continue to book bands for a series of venues across New South Wales, all clamouring for a small taste of the magic they bottled in a tiny cafe ten years prior. And they’re still breaking countless local bands oton the national and international stage.

But their success is also testament to the mutual respect the organisers share with their audience, as well as the relationship between its founders, which remains strong to this day. “I’ve been friends with Ben since I was two and Bal since I was 12. It’s a long time to be friends with anyone” says Adam. “When you run a business with someone, things change for sure. There’s been a lot of crazy stuff; highs and lows. But in the end, it’s bought us all closer. A different sort of friendship.”

Reflections on the founders’ time at UOW paints a quiet backdrop to the most formative years of their operation. “My life is so tied up in Wollongong, I’m always going to have fond memories here” says Balunn, describing a familiar smell on campus that persists 15 years later as “somewhere between fresh plants and chips and gravy.”

“Those university years are so formative in so many ways. It’s an entryway into adulthood and your real life, living it how you want to as an individual. The relationships you form in those times, you don’t often realise how long-lasting they can be. Your uni days are going to be iconic no matter what. But if I’d realised how important some of those friendships would be at the time, I probably would have valued them a little more then, too.”

“I came from a pretty conservative town and upbringing, and just being at Uni I was around people who were different to what I was used to,” says Adam of his first few years at Uni. “That was the beginning of thinking there is a different way to look at the world. And I didn’t necessarily get that from studying, but just reading books and talking to people at parties and the Unibar. That’s where you test different ways of looking at the world.”

“It’ll always be a part of your life, and all throughout the last 10 years of running a business, there’s always been some excuse to get back every few months.”