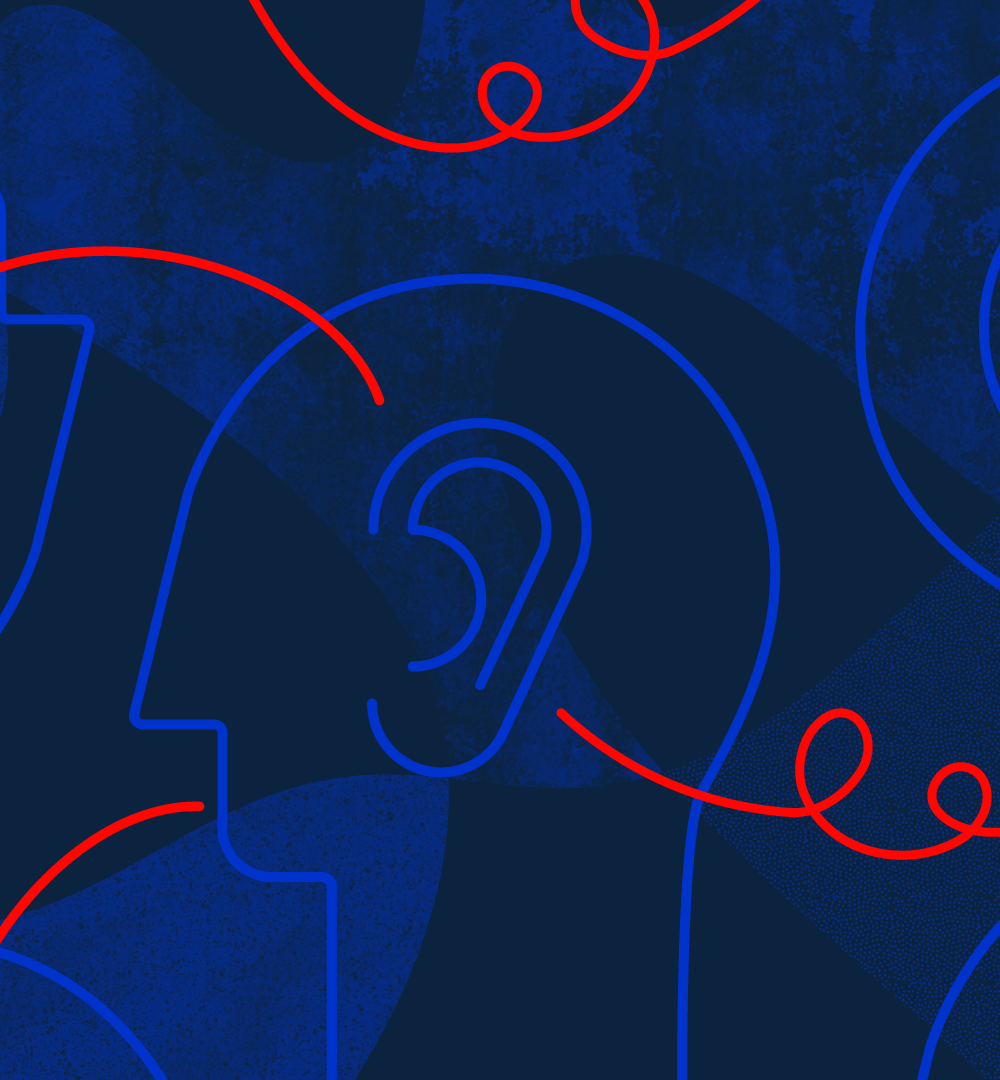 The (lost) art of listening

People are crying out to be heard.

How learning to listen is a vital part of developing good leaders and better workplaces.

At a party, on a bus or in a supermarket, it takes seconds to spot the poor listeners.

"They are the ones talking over people, cutting them off with their own opinions or allowing their eyes to wander around the room when the other person speaks," says Dean of the University of Wollongong Sydney Business School, Associate Professor Grace McCarthy.

It is an occupational hazard, Professor McCarthy laughingly explains, to constantly observe this phenomenon, which is at the heart of her research into a managing technique that is gaining traction in the corporate world.

Known as the coaching approach, it is a model based on teaching managers to listen and guide rather than command and control.

It involves four core behaviours: listening, questioning, feedback and goal-setting. "In a nutshell, coaching encourages managers to treat workers as human beings and not just a pair of hands hired to do a job,'' Professor McCarthy says.

Coaching is used to solve problems, to help employees come up with new ideas and to cope with changes in their career development and personal growth. It is also used to improve innovation and organisational strategies. 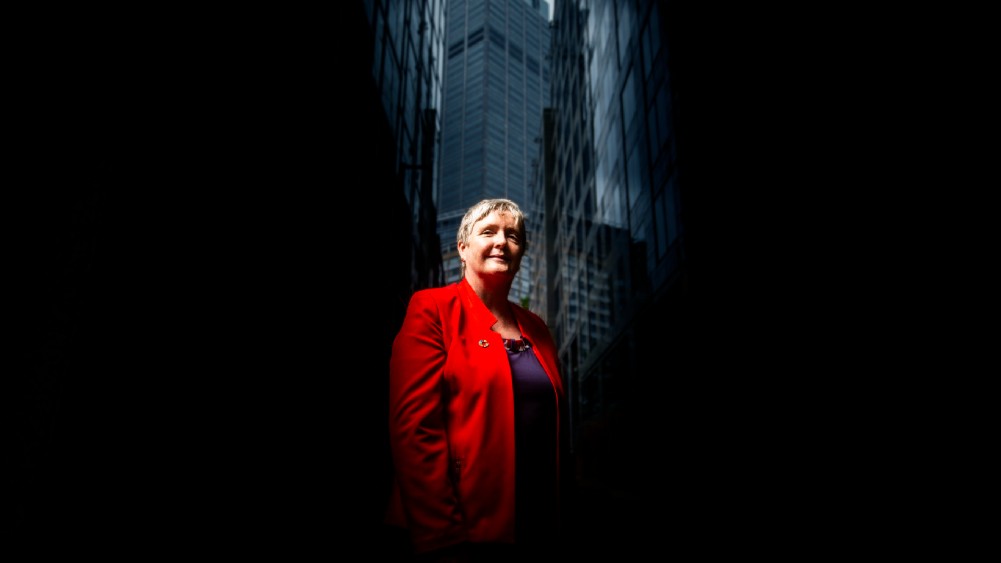 "Coaching encourages managers to treat workers as human beings and not just a pair of hands hired to do a job." ~ Professor Grace McCarthy.

Sceptics might consider just four steps as too lightweight to deal with the huge range of issues that arise daily among a diversity of staff, but not so says Professor McCarthy, who has an international reputation in managerial coaching.

Just one of those pillars - listening - can take managers a long way to resolving issues or improving performance.

"I'm passionate about the power of listening. Everywhere I go, people are crying out to be heard and there is good reason for that. We have a more educated workforce now and they have brains and ideas," she says.

"They'll often be taking leadership roles outside of work in organisations, such as the local junior soccer club or school associations, so we can't expect them to come into the workplace and just follow orders."

"A lot of managers want to solve problems, so as soon as somebody starts talking they're instantly jumping to a solution in their heads. By doing that they're not really listening or allowing the person to come up with their own solutions."

Jumping in too quickly also runs the risk of solving the wrong problem by not understanding the detail.

"If the manager just listens and remains silent or occasionally prompts the employee during a pause, that person will often come up with a solution themselves," Professor McCarthy says. "When this happens, some managers might feel they didn't do anything. In fact, just listening was the magic."

A 2017 National Bureau of Economic Research study into management practices at 32,000 US manufacturing plants showed that firms which used "structured" management techniques - such as targets, performance monitoring and incentives - had a 20 per cent better productivity rate than firms that neglected to use them.

At the same time, integrating technology into business practices was found to only improve firm productivity by 10 per cent. The implication is that good management matters when it comes to companies' bottom lines.

In Professor McCarthy's current research, she is teaming with statistician Sonia Bird from UOW's Australian Health Services Research Institute to investigate how coaching behaviours can alleviate some of the fear that comes with rapid workplace change.

"Major changes used to happen every one or two years, but now it's ongoing, so we're looking at how managers using the coaching behaviours can help people recognise this as a reality and to be a little less fearful of it."

Her earlier research with Julia Milner, Professor of Leadership at EDHEC Business School in France, includes a study that looked at how 580 managers used the coaching approach and found 93 per cent of respondents experienced benefits themselves, and 98 per cent observed benefits for the people they coached.

"But by far the most common benefit quoted by respondents related to staff engagement and empowerment," the report reads.

Some resistance from managers

Professor McCarthy admits she has met some resistance from managers who see the coaching approach as too time-consuming for their busy schedule. "This issue comes up quite a lot and it's usually among people who have never tried it," she says.

The alternative, however, is often the quick fix by the manager who probably has the same employees constantly returning for his or her advice "which can go on forever".

"When you start helping people to think through an issue themselves, they usually only come back to let you know what's happened, so that initial investment of time pays off down the line."

That is not to say managers who coach do not face challenges that go with the territory, such as over-coaching or coaching at the wrong time, for example, when a project deadline is looming.

"There is also the issue of when to refer a problem arising out of, say, mental illness for specialist help, or what to do when a staff member divulges confidential information which they would not otherwise tell a manager."

Professor McCarthy says this is where peer coaching support is helpful, where managers get together to talk through issues that might be troubling them, and where they can learn from more experienced managers.

While effective managers had adopted some of these behaviours previously, manager coaching started to be adopted more widely about 20 years ago when enthusiastic executive managers, who were seeing the benefits of being coached externally themselves, started to bring coaching in-house.

However, the technique in various forms has been around for thousands of years.

"I've taught coaching in Malaysia, for example, where you can see a link to some very ancient philosophies such as Taoism and Confucianism," says Professor McCarthy. "In Australia, there is the Aboriginal word dadirri and it's a word for 'deep listening', which they have been using forever in Aboriginal trauma healing.

"Corporate Australia is much more open now to looking at different ways to get the best from people by calling on some of those ancient traditions as well as modern techniques." 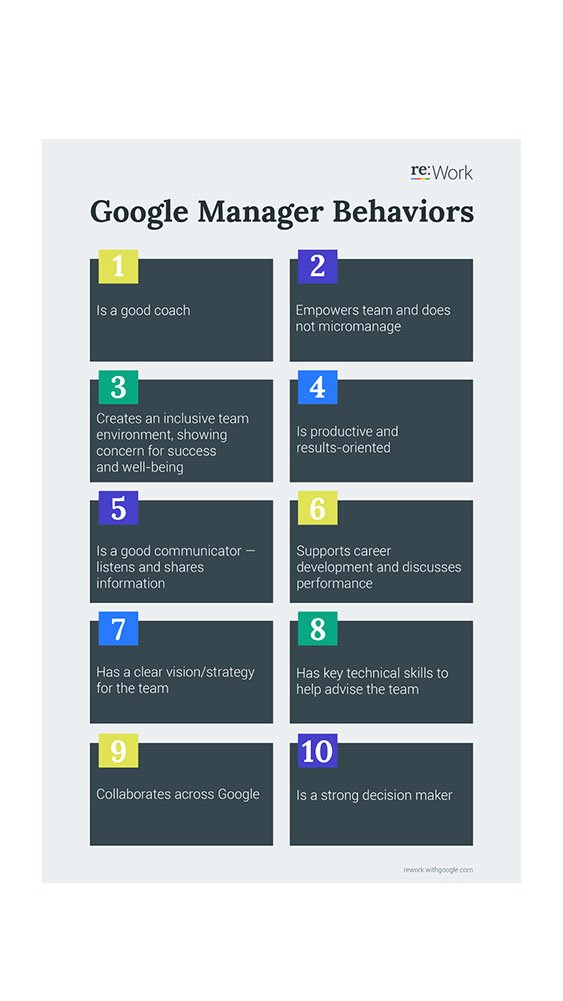 These included 'empowers team and does not micro-manage', 'supports career development and discusses performance', 'has a clear vision/strategy for the team' and 'is a strong decision maker'.

Virgin's outgoing CEO, John Borghetti, who has earned a reputation for his style of casual leadership, told an Australian Financial Review journalist in 2015 he tries to treat staff like family members.

When he joined the company in 2008 he shocked senior managerial staff by sending emails with his contact details to all pilots to call him any time if they had issues to discuss.

The report went on to say:

"What you want to create is a feeling or atmosphere which has your people feeling comfortable or being guided to a particular way of operating," he says. "So, if you can make the individual feel as comfortable as possible, they will perform better.

"Culture is all about making people feel comfortable. It's about letting people know what the business means for them. What does it mean for the flight attendant, for the baggage handler? It doesn't necessarily have to mean more money; it can mean respect, training, career progression."

When the penny drops

Professor McCarthy says regardless of whether she is running coaching sessions for seasoned CEOs or students in UOW's Master of Business Administration program, she finds delight in seeing the transformation in attitude when the penny drops.

And it's not always to do with business.

"I had a mature-aged student in his 60s in one of my coaching courses a few years back whose wife had died three years earlier," she recalls. "He told me he had taken on his wife's role to listen to their daughter, and he did so while reading the paper with the occasional nod.

"After a few practice sessions in listening, he came to me and said he didn't know if he was ever going to be a brilliant coach but it had transformed his relationship with his daughter."

Professor McCarthy says the memory of that father's experience stays with her.

"We're all busy and often in too much of a hurry to give listening the time it really deserves," she says.Banner illustration: Claire Foxton