The future of Australia's banking sector

What you can do as a consumer

The Royal Commission into Misconduct in the Banking, Superannuation and Financial Services Industry has uncovered some nasty truths.

So, what could future regulation look like and is there anything that you, as the consumer, can do?

The Royal Commission was established on 14 December 2017 and an interim report was handed down on 28 September 2018.

Paul Mazzola, who is a finance lecturer in the Faculty of Business at the University of Wollongong, has been keeping a close eye on the proceedings. 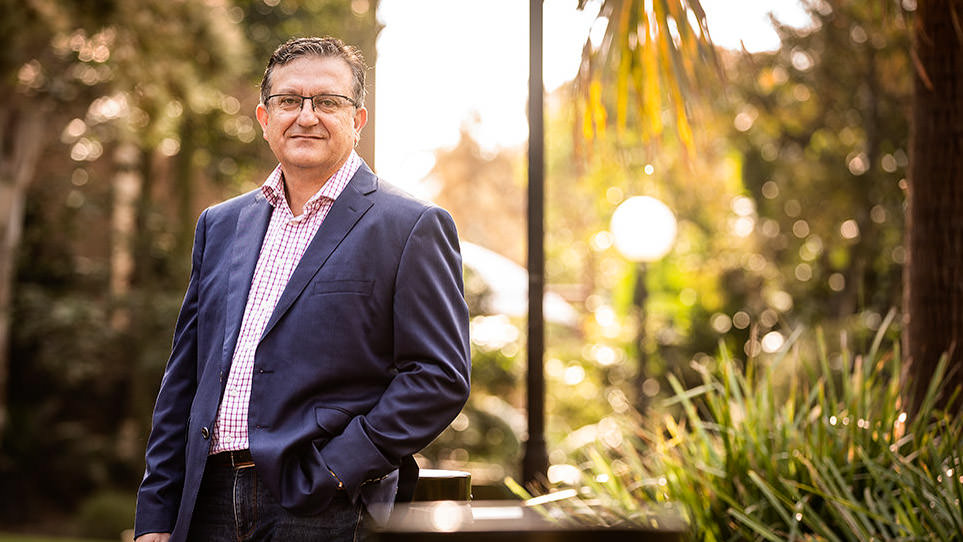 Following a 25-year career in the banking and finance sector, covering the Australian, European and Asian Pacific markets, he offers his insights into what's been happening and what he thinks will come.

"I've worked in these institutions and I know the pressure on meeting stretch targets. Even at that customer service level there is so much pressure for cross selling sales. If you're a national manager or a general manager, who is potentially on a massive bonus which at the top level can go up to the millions of dollars, there's incentive to squeeze every ounce of profit out of a customer. That's where a lot this comes from," Mr Mazzola says.

Coming from a legal standpoint is Dr Andy Schmulow, Senior Law Lecturer at UOW. Dr Schmulow was a strong advocate for the Royal Commission and brings a wealth of knowledge on the legislation and regulatory powers which govern the sector.

"Nothing that I know of has emerged anywhere else in the world where misconduct and consumer abuse is so widespread, profound, debilitating, long standing, chronic and generally out of all control," he says.

"I'd imagine the number of people who've been screwed over by our banks is north of two million. In a population of 20 million, you've got to ask: where have our regulators been?"

To set the scene, there are 149 authorised depository institutions (ADI) in Australia, which are our banks, credit unions, and building societies. The combined earnings of the big four banks (Commonwealth Bank, ANZ Bank, Westpac, and National Australia Bank) exceeded $31 billion in 2017. 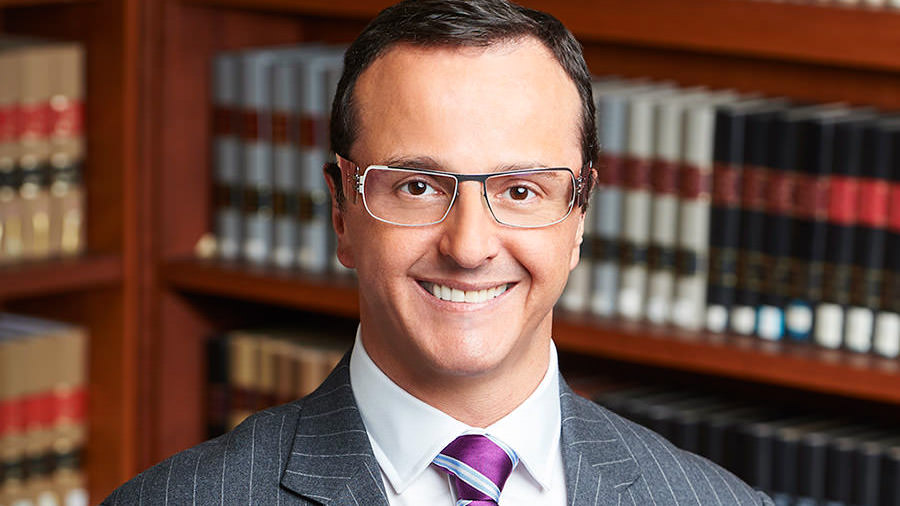 In an environment where the major banks occupy 80 per cent of the market and can set their own models for measuring the riskiness of loans, unlike the smaller ADIs, Dr Schmulow argues the big four banks have become too big to regulate.

"The recommendations following the Royal Commission will be written by one of the smartest men in the country and I wouldn't be surprised if he says the big four are too big to regulate and suggests we break them up," Dr Schmulow says.

"That's what I'd like to see. They have demonstrated they are big enough they can ignore and intimidate the regulator. They are the most profitable banks in the world and are making extraordinary profits in an environment where there's no real competition."

The banking and financial services sector has three regulators: the Reserve Bank of Australia, which looks at monetary policy, the Australian Prudential Regulation Authority (APRA), responsible for institutions such as banks, building societies and credit unions, and the Australian Securities and Investments Commission (ASIC), which focuses on market integrity and consumer protection.

Ask for an example where not just the banks, but the regulators have failed and Dr Schmulow will rattle off an almost endless list.

As just one example, he cites when the Royal Commission heard how CBA's top managers negotiated with ASIC to issue a media release, instead of a court-enforceable undertaking, over its selling of bank-managed super accounts in its branches.

"Next time you get a speeding fine, see how far you get when you say 'I won't pay the fine, but I'm willing to issue a media release saying I haven't been a conscientious driver'," he says.

"It's undermining the rule of law and democracy in Australia."

Dr Schmulow says ideally, there are two major changes he'd like to see.

"We need to see a blanket, nationwide prohibition on banks or insurers donating money to political parties. It's deeply corrupt - they are the biggest political donors in the country and I think it's why the government voted against a royal commission 23 times," he says.

"We also need a regulator assessment board, whose job it will be to monitor the performance of our regulators through a panel of independent experts. Our regulators aren't performing and neither is the fall back of parliamentary oversight."

Both Dr Schmulow and Mr Mazzola agree things needs to change, however Mr Mazzola says there's a danger the costs of regulation could affect competition in the sector. 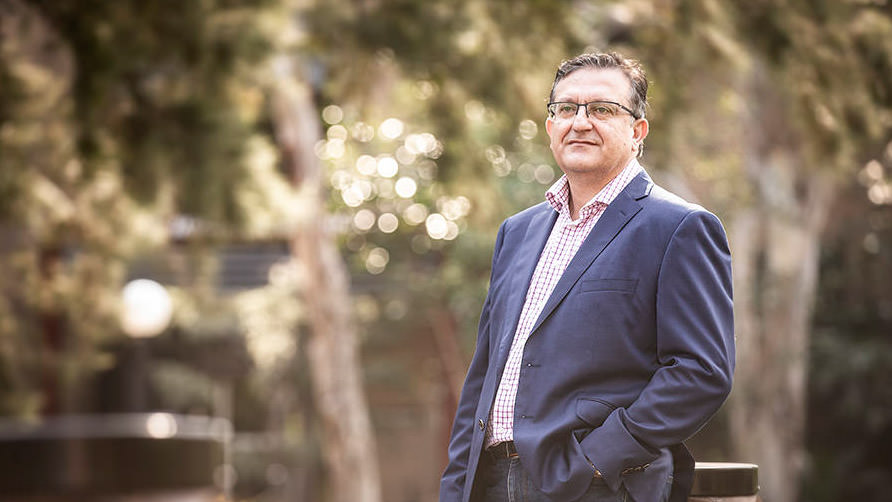 Paul Mazzola warns against uniform regulation for all banks.

Mr Mazzola warns against a broad-brush approach, which he says could disadvantage smaller ADIs.

He says the smaller institutions need to be somewhat protected to maintain competition.

"We already have a concentrated financial marketplace and we want to be able to continue to offer customers choice," Mr Mazzola says.

"Competition is one of the principle drivers of competitive pricing, without that we'll continue to suffer in terms of having higher prices. Competition is also one of the best mitigations against bad behaviour. The less competition, the more you can get away with treating your customers badly, as they have limited potential to switch to a competitor service provider."

We don't yet know how the sector will be regulated in the future, but no matter what the changes, there will be costs.

Mr Mazzola predicts these costs could come in two forms: costs of capital and costs of compliance. His concern is costs being passed on to consumers, particularly in the case of smaller ADIs who have less capacity to absorb extra expenses.

"The cost of complying with the new regulations is a less obvious cost. It could look like enhanced systems, it might be more staff to handle the compliance burden and there's also a move afoot for all banks to appoint a primary integrity officer, who's meant to be a senior executive reporting to the board and potentially will have a team to assist. Now they won't come cheap either.

"The burden of such a fixed cost will be higher for small ADIs than for a large ADIs, which may be able to absorb those costs more easily.

"Big banks are earning billions of dollars, whereas small ADIs might only be earning one million or less. So, this has two implications for small ADIs. Firstly, they'll have less time and resources to generate growth and instigate innovation. And innovation in banking is a major factor for success. As we know every day we're seeing new technology and new products coming out in financial services.

"Secondly, and this is what concerns me more, these costs may well be passed on to the consumer. If the cost burden on small ADIs is higher, then one would imagine that the costs for the customer of a small ADI may be higher than those for a large bank, who could spread those same costs over a larger customer base."

The vast majority of ADIs are made up of community-based financial institutions where the profits are reinvested back into the bank to help provide cheaper products and services, or are contributed in some form back to the community.

Mr Mazzola says for this reason, any regulation that results from the Royal Commission should be based on a concept of proportionality, similar to what is being done in Europe.

"There should be a differing approach to regulation targeted at the larger banks versus the smaller ADIs," he says.

"The question is would we want to allow the four majors to gain even more market share at the cost of the smaller ADIs? If not, then we don't want to disadvantage the smaller ADIs.

In essence, Mr Mazzola says it doesn't just come down to size, but also structure.

Goals of maximising profits, and therefore generating big bonuses, are a common theme in what has driven the sector to the state it is in today. These objectives, which form part of some bank's business models, are a core motivator for many people in the sector, influencing ethics and behaviour.

"The European Banking Authority has already attempted to address this problem of disproportionality and they've issued what they call a supervisory review and evaluation process where they conduct an annual review of all the ADIs in Europe to review their structure, performance and risk profile, but also to set objectives for the following year.

"I think we can be even more sophisticated and not just look at size, but also at the business model. We have to acknowledge whether shareholder returns are an overriding objective, because once a corporation's strategy is purely focused on the objective of maximising shareholder wealth, that can steer executive behaviour in certain directions, particularly where returns are linked to bonuses.

"So, in other words, the profit motive becomes the be-all and end-all for those types of institutions, as opposed to the community-based banks where profits are reinvested with members and there's less of a self-interest mentality."

What can you do?

Whether you're across the Royal Commission, or just know bad things have been happening in the financial sector, Mr Mazzola has given his big four tips to regain some of the power as a consumer: