Justice Michael Kirby is a giant of the law.

Having spent his life fighting to create a world of fairness and equal rights, Justice Michael Kirby looks back on his career, his achievements, and offers his advice for the next generation of law students.

In 1991, 75 students entered their classrooms at the University of Wollongong’s School of Law for the first time. As the very first cohort of students to begin their education at the fledgling law school, it was a daunting day. But a familiar face was there to greet them, a giant of the Australian legal system who wanted to wish the class well on its first day.

Justice Michael Kirby, a friend and colleague of the founding Dean of Law at UOW, Professor Jack Goldring, took the time to speak to the students and provide them with a few words of wisdom as they took their first step into the world of law.

Nearly three decades later, Justice Kirby continues to show his passion for nurturing the future legal minds of the nation, officially launching the School of Law at the University of Wollongong’s South Western Sydney Campus.

The law, Justice Kirby told the crowd at the launch, is a living, breathing thing; a legal profession made up of of diverse voices and perspectives can only strengthen its interpretation and expression.

“Much of the research conducted by Professor Jack Goldring showed that lawyers tend to come from privileged backgrounds,” he says. “Generally, throughout Australia, most lawyers come from wealthy parents, private and religious schools, and privileged postcodes.

Diversity inspires compassion and Justice Kirby says the cultural and socio-economic melting pot of Liverpool made the region the perfect base to discover the next generation of great legal minds.

The Honourable Justice Kirby, AC CMG, as he is now known, has become synonymous with social justice and fighting for the underdog. For more than 50 years, he has been at the vanguard of the fight to create a society that is equal, fair and kind to all. 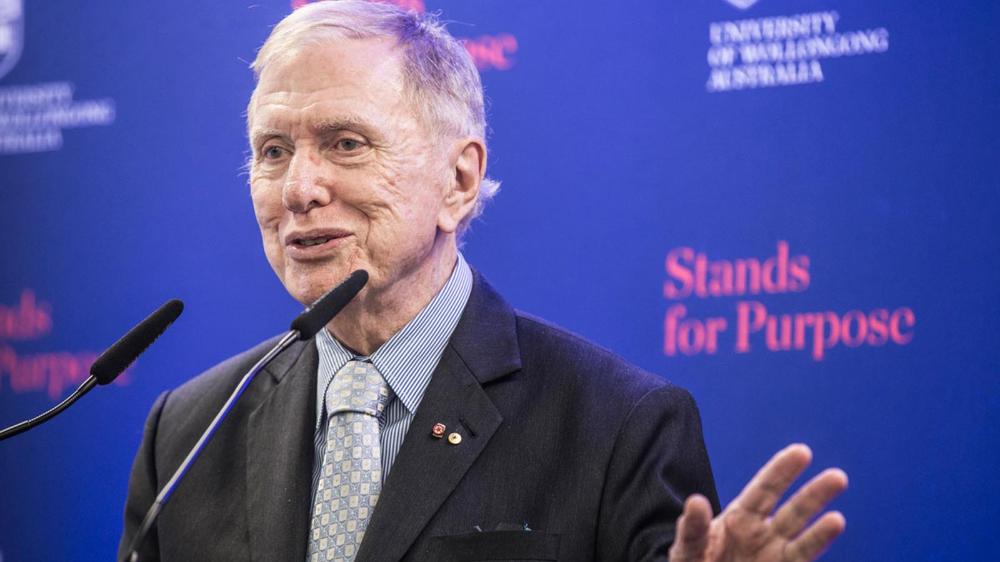 The barrister turned academic turned judge has used his privileged position at the heart of Australia’s legal system to agitate for change – for women, for the Indigenous, for the LGBTQI community, for refugees. He is now 78 years young, and retired from his role as a Justice of the High Court nearly 10 years ago, but that passion, that drive, shows no signs of diminishing.

“When I began my career, the law in Australia had many many pages which were stamped as unjust,” recalls Justice Kirby, who began his career as an articled clerk for a small Sydney firm in the early 1960s.

“It was unjust in its attitude to Aboriginal Australians, attitude to women and people of colour, to different nationalities, and minorities. In all of these areas, the law has improved, but it’s not perfect. It has to get better, it is part of our responsibility as lawyers to change things.”

The intrinsic connections between the law and social justice are what drew Justice Kirby to a life on the bench. The young law student initially struggled to find a position as an articled clerk in Sydney’s big firms, due to his humble background, public school education and lack of social connections. He did not have a name that would open doors. Indeed, he found many doors were not only shut, they were tightly locked.

It was an experience that would foster his desire to create a world that was open to all, in which the virtues of fairness and equity took precedence above one’s lineage or wealth. As a young lawyer, however, he was acutely aware of the ways in which the law was used as a weapon against minorities, including the LGBTQI community, of which Justice Kirby is a proud member.

“The law has been unkind in many ways. When I was a law student, people were locked up for being gay. I was part of a minority that was targeted by the law,” Justice Kirby recalls.

His desire for equality for all is profound. One of his proudest moments in the early days of his career came in 1965, while he was working as the honorary solicitor for a group of law students from the University of Sydney who filed a case against a cinema in the rural town of Walgett.

The cinema was refusing to allow Indigenous audience members to be seated upstairs, in the velvet seats, rather forcing them to stay downstairs in the vinyl seats. The case was successful and provided a springboard for Justice Kirby’s long and illustrious career in campaigning for the underdog.

“I think my dreams have become more defined and more determined as I’ve gotten older. Many people as they grow older only have nightmares, but I’ve kept my optimism and idealism. That’s why I continue to have my dream of equality,” Justice Kirby says. “I hope to wake up one day and all my dreams of equality have come true, but that hasn’t happened yet and until then I will continue to fight.” 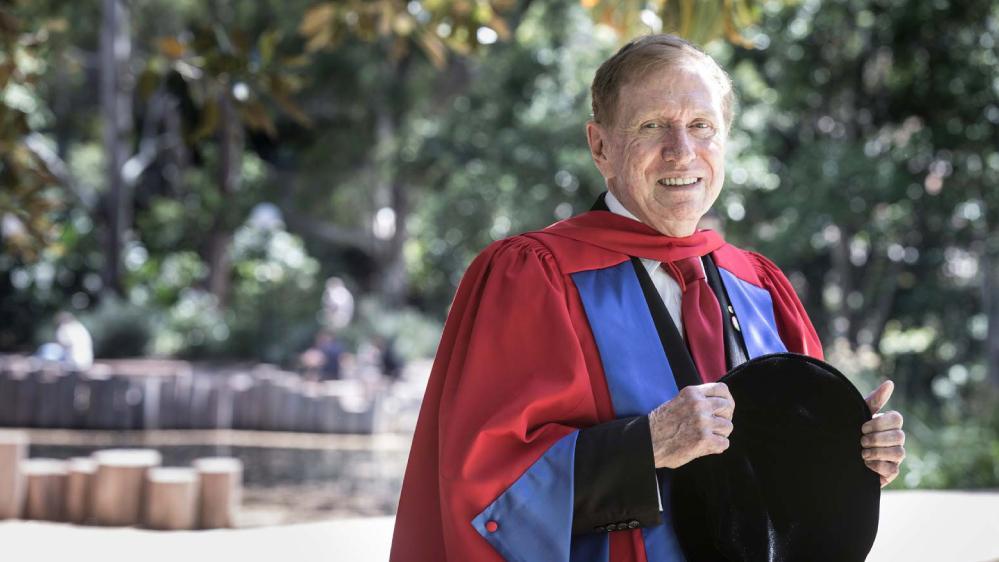 After more than 20 years as a solicitor and barrister, Justice Kirby entered the world of academia; he was Chancellor of Macquarie University from 1984 to 1993. Then, in 1996, he was invited to serve as a Justice on the High Court of Australia – where he gained a reputation for dissenting from the opinions of his judicial colleagues. He was known as the “great dissenter”.

Since his retirement from the High Court in 2009, Justice Kirby has been working with the United Nations Human Rights Council to lead an inquiry into human rights abuse in North Korea and is a member of the UN Secretary-General’s High Level Panel on Access to Essential Healthcare. In 2015, he was awarded an Honorary Doctorate of Philosophy by UOW.

“I like the fact that the law is about rules and order,” Justice Kirby says when asked how he has maintained his passion for his chosen path. “But it is also about justice. The combination of those qualities is what is important to me. It’s not enough to have rules, the rule have to have a moral content.”

As Justice Kirby enters the time of life when most of his peers would be well and truly winding down their careers, he seems as driven as ever. He is heavily engaged in international arbitrations, domestic mediations, and teaching law. He is a charming and captivating public speakers and regularly travels around the world for engagements.

An active campaigner for LGBTQI rights, Justice Kirby went on the record with his opposition to the same sex marriage postal plebiscite last year. At the time, he said the survey “flies in the face of Australian democracy”. Now, he reflects that it was a ploy that backfired against traditional marriage hardliners.

However, despite the passing of same sex marriage into law, he says he and his partner, Johan van Vloten, who have been together since 1969, have no immediate plans to marry.

“When same sex marriage became law, I asked Johan if we should get married. And he said, ‘this is not something to be rushed’,” Justice Kirby laughs. “The postal survey was designed by its originators to kill same sex marriage dead, but they got a bit of a surprise.”

Justice Kirby says the law has improved when it comes to the rights of women, Indigenous Australians, and minorities, but there is still a way to go. And encouraging students from all walks of life to dedicate their lives to the law was essential to create a legal system that represented every Australian.

“The establishment of the South Western Sydney campus at Liverpool is a way of ensuring equal opportunity of entry for people who come from less privileged backgrounds. This is a priority for our legal profession.

“When I served on the High Court, for the majority of my service, I was the only justice who had completed all my schooling in public schools. That is symptomatic of the legal profession in Australia, and it needs to be addressed.”

Now is not the time for complacency, he urges future law students, now is the time to embrace their curiosity for the world.