Finding time to study as a mum, manager and student

The balancing act of a busy job, Master's degree and a two-year-old daughter.

In the busy life of Renee Connolly, sometimes a little help goes a long way in finding time to study.

It took months to make the decision. Renee Connolly knew she wanted to do her Master's degree, but with a four-month-old baby at the time and having to return to work, there was a lot to consider.

In the end, she went for it.

"I had a new baby and had to go back to work, most people call me crazy but I thought why the hell not," Renee says over the phone, as she walks to her next commitment.

"I think it's really important to keep your brain active and always challenge yourself."

Starting her new role as a State Business Excellence Manager for Coca-Cola Amatil in 2016 went hand-in-hand with Renee's Master of Business Administration, which she began two weeks prior. She is now working through her degree, which she studies part-time at UOW Sydney CBD campus.

"My role is to ensure we have alignment with other states. It's very project focused, we try to build our capability at the site and coach and develop leaders who can then develop their teams," she says.

"I really found I could apply the business research project to my work. Bits and pieces of accounting have also applied to my role and was an area I wanted to develop in. I'm currently doing a finance subject too, which I also think will be very helpful."

Renee is no stranger to putting in the hard yards. She went straight from school to work in the supply chain management industry. Over a decade, she worked her way up and has held five management positions. But, she was ready to pursue her next goal.

Having not done a Bachelor degree, she began researching ways to get the qualification she needed."I'm at a point in my career where I want to move up - to do that you need a qualification," she says. "I looked at doing my Bachelor degree, but we worked out that because I have such extensive experience I may not get as much out of a Bachelor as I would a Master's. That's when I decided a Master's was the go. Being able to go straight into that and use my experience and previous learning was fantastic. I often use my experiences as scenarios in class."

"I had a new baby and had to go back to work, most people call me crazy but I thought why the hell not."

With severe time constraints, Renee needed flexibility and support in order to fit study into an already busy schedule. After several lengthy conversations with various universities, she found a degree that would work.

"Some unis basically told me that once I start studying, that's that, I can't defer and if I needed to stop I'd have to start again," she says.

"I had a really good chat with UOW about flexibility. They told me how understanding they would be and they have proven to be very flexible for family and work life.

"My lecturers have been fantastic, I've often used FaceTime and over the phone conversations when I haven't been able to attend lectures. 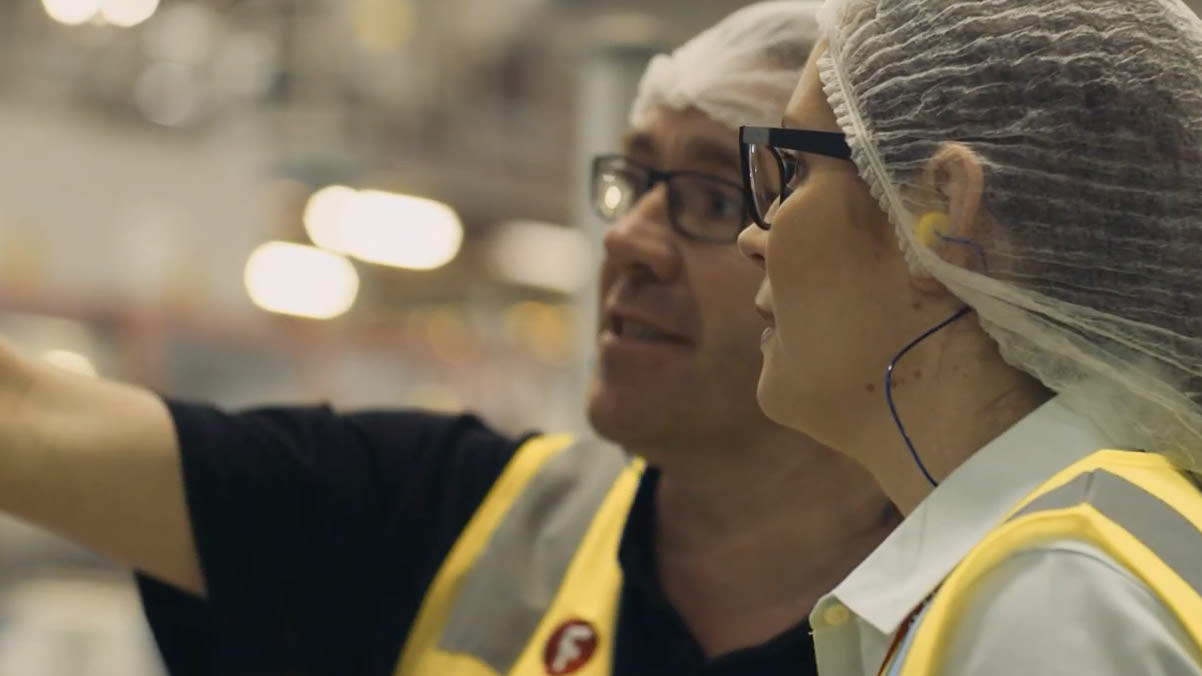 Renee works in management at Coca-Cola Amatil while also studying her Master's degree and raising her daughter. Photo: The Dream Collective

Renee found support as a recipient of the Women in MBA (WiMBA) scholarship, which covered 80 per cent of her tuition fees. She also says, having not previously studied, the library staff helped with her referencing.

"Some people don't like to ask for help, at UOW anyone I've asked for help has put their hand up whether it be a lecturer or the library staff," she says.

"Where I struggled was referencing and Lauren, with the UOW Library, has been a god send. She coached me through the first six to eight months study. I spoke with her over the phone and she made sure I understood how to reference and checked it was done correctly.

"As far as tuition costs went, we bought an apartment, so we have a mortgage a new baby and the costs that go with that. Only having to pay 20 per cent of my course fees was very helpful.

"Without the scholarship, I don't think I would have been able to study. It was a massive opportunity."

It's been no walk in the park. As she approaches the halfway point of her degree, Renee's still busy and admits it sometimes feels like she has no life. But she also says it's worth it.