A champion for refugee rights

The world has become an unfriendly place for displaced people.

Demonised by politicians, separated from their children, imprisoned on remote islands – the world has become an unfriendly place for displaced people, but refugee advocate Phil Orchard remains optimistic that their plight will improve.

At the time of talking to UOW Associate Professor Phil Orchard, refugees were in the news – again.

The Trump administration was separating parents from the children as they cross the Mexican border into the United States, creating howls of outrage across the world.

For an advocate of the rule of law, an author whose 2014 book is called A Right to Flee, a man who cut his teeth working at the United Nations on internally displaced people, a member of the International Association of Genocide Scholars, a senior researcher at the Asia-Pacific Centre for the Responsibility to Protect, there can only be one reaction.

“Deep despair,” says Professor Orchard, from the University of Wollongong’s School of Humanities and Social Inquiry. “You are stripping kids from their parents. You are not giving them the legal rights they have under international law.

“Unfortunately, it’s what we have also seen in Australia, the idea that people arriving by boats will not be resettled in this country.”

The lessons of history

For Professor Orchard, history is important. Because the lessons that history can teach us are the ones that will safeguard our humanity.

“I became interested in the issues of forced migration after graduating in Economics and Political Science from the University of British Columbia in Canada,” he says. “Not just contemporary migration, but historically.

“Because history has a lot of lessons for us that we have often ignored. We hear politicians tell us that the Refugee Convention – signed in 1951 – is outdated. The idea is that the people who drafted this convention can never understand what we face today.

“But the reality is that they were facing many more refugees than we are today. We have this idea that we are in a new crisis, when we are not. Since the end of the Cold War, every time there is a major refugee situation, it is framed as a crisis, which justifies restrictive actions.”

For long periods of history, many countries had no restrictions on refugees fleeing persecution or conflict. For example, between 1820 and 1905, no one was deported from the United Kingdom. For 85 years, anyone who asked for asylum was granted it. Then, in 1905, the Aliens Act started to restrict the rights of refugees, followed by another bill passed during World War I because of the fear of spies.

Notoriously, many states refused to accept German Jews during the 1930s, which – argues Professor Orchard – provides an important history lesson that informed later policies after the end of World War II.

“We know what happens when refugees can’t get out.”

Following World War II, the major displacement of people led to the Convention Relating to the Status of Refugees, also known as the 1951 Refugee Convention, which gave refugees rights under international law.

Ratified by 145 states, it defines the term “refugee” and outlines the rights of the displaced, as well as the legal obligations on the signatories to protect them. The core principal is “non-refoulment”, which asserts that a refugee should not be forcibly returned to a country where they face serious threats to their life or freedom. 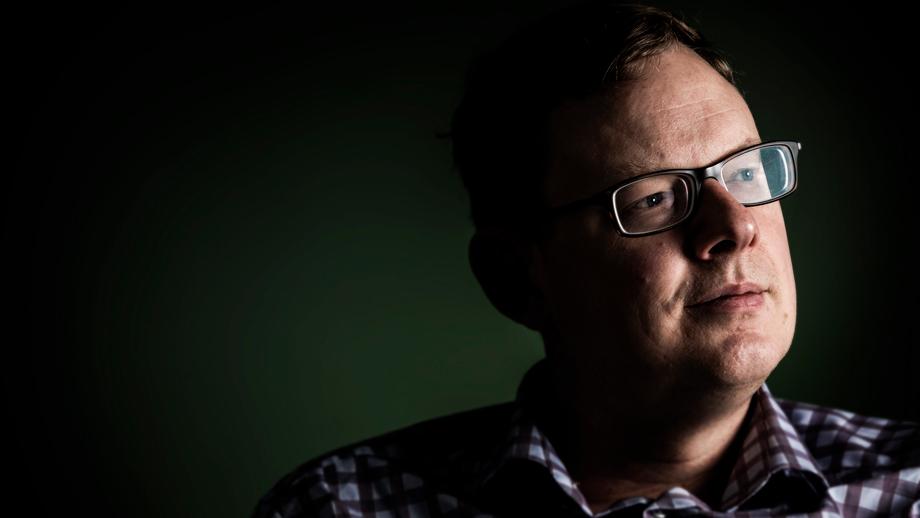 Like many academics at the top of their game, Professor Orchard has a clear vision based on evidence and research, and an engaging way of expressing it. His passion for displaced people dates back to time spent in Saudi Arabia as a teenager, where his mother worked as a nursing administrator at a military hospital.

She treated refugees from the war in Bosnia, and his family became friends with the refugee families that she treated.

“This experience started me thinking about refugees,” he said. “Then we travelled to Cyprus and drove into the hills and witnessed the bombed-out buildings and destroyed mosques that were a legacy of the civil war on the island.”

From there, he studied political science and ended up working as assistant to the Representative of the United Nations Secretary-General for Internally Displaced Persons. He started work on September 10, 2001. Another key moment in his life.

“It struck me how little I knew about refugees and displaced people, and how little my university experience had prepared me for the role,” he said. “These issues were just not part of the academic discipline.”

While his association continues with that institution, he joined the University of Wollongong earlier this year as an Associate Professor of International Relations.

Despite the antipathy towards refugees from some quarters, Professor Orchard says there are alternatives to hard-line approaches. If, as is often stated, policy of stopping the boats is about saving lives at sea, Australia could work with countries such as Indonesia or Malaysia to establish regional refugee processing centres.

If you are a refugee from Afghanistan heading east, Australia is the first country that you come to that is a signatory to the UN Convention for Refugees. Countries such as Malaysia or Indonesia have not signed the convention, and therefore will not give you protection and refugee status.

“Refugees may arrive without documents, not because they are trying to game the system, but because the state from which they are fleeing is trying to kill them,” Professor Orchard says. “Most asylum seekers to Australia come by air, and they have a visa. Only the most desperate, and least resourced, are forced to arrive by boat.”

Above all, he’s trying to remain hopeful. “Is there cause for hope? I hope so. We have advanced a lot – the 1930s was a lot worse than it is today,” he says.

“We see continued support for the UNHCR. No one is pushing hard for the Convention on Refugees to be renegotiated. If we can reduce the level of conflict in the world, the refugee numbers will fall.

“I am still optimistic – cautiously.”