Who we are: multiculturalism in the home

An Australian-first analysis of census data reveals mixed-ethnicity couples are far more common than we might imagine.

Boyd and Denise could not have been on more different paths in life. Boyd was an electrician who'd grown up in Shellharbour. Denise was living in the UK, working and studying and trying to find healing, peace and forgiveness.

She had fled her homeland as a child when violence between Rwanda's Hutu majority and Tutsi minority broke out and her family was named on a list of people the extremists wanted dead.

The violence claimed hundreds of thousands of lives.

For years Denise, an ethnic Tutsi, lived in refugee camps and in constant fear for her life. At the age of eight she believed she was the only living member of her family. The fact that she and Boyd met at all is remarkable.

"A friend said he was going to Africa on a humanitarian mission and asked if anyone wanted to go," Boyd recalls. "It was a bit of a spontaneous decision but I put my hand up and said 'I'll go'. I really had no idea about the place at all."

In Rwanda, Denise had flown in from the UK to visit family and went to a dinner her friend was holding for a group of Australians in Kigali, the capital city, on humanitarian work. Denise, who speaks four languages, had a good command of English and soon found herself being volunteered to teach the visitors the basics of the local language.

"I never thought I’d marry someone from another culture. I thought I might marry a Rwandan or Burundian, who are culturally similar."

Despite hitting it off at that first meeting in 2012, the rest is not, as they say, history.

"After I left Rwanda, we talked a bit, swapped numbers but over the phone we couldn't really understand each other," Boyd says. "There was probably a moment where I was thinking 'what have I done?'"

Denise had similarly mixed feelings. "I was able to understand the various accents in the UK, even Scottish, but I'd never heard an Australian accent and I thought they spoke really fast," she says.

"I never thought I'd marry someone from another culture. I thought I might marry a Rwandan or Burundian, who are culturally similar. And in Rwanda there's scepticism about Western foreigners marrying Africans.

"I was worried about my mother. She is quite traditional but she took it well - she just urged me to take it slowly." The couple married in Rwanda in February 2015. They now live in the Illawarra with their daughter Keeona, who was born in June 2016.

While the details of Denise and Boyd's story are unique, mixed-ethnicity couples in Australia are far more common than we might imagine. According to the Australian Bureau of Statistics' (ABS) own description of the "typical Australian", the data shows "we're an eclectic lot" who make up a "…big, diverse community. There's nothing typical about Australians".

Most existing research on ethnic diversity focuses on the diversity of individuals who share a neighbourhood, but doesn't put one and one together to show the extent of racial integration within the intimate confines of the home.

"Mixed-ethnicity couples are often seen as a really powerful indicator of the progress of multiculturalism because having a partner of a different ethnic background is arguably the most intimate form of mixing between ethnic groups," Alex says.

"Growing numbers of mixed-ethnicity partnerships would suggest that barriers between different cultural groups are coming down."

Mixing the data to paint a picture

To develop a picture that sheds light on ethnic mixing, the researchers distilled more than 300 ancestries into six broad ethnic minority groupings that roughly match geographic regions of origin.

To illuminate the subject further, they chose to focus on couples of obvious differences, where one person claims Anglo-European (ethnic majority) ancestry and their partner is from a visibly different ethnic minority group. This was because these couples are most likely to experience stares or comments when out-and-about in public.

"Until now, we had very little knowledge of where mixed-ethnicity couples live across Australia. Our research explores the characteristics of places where these couples typically choose to reside."

Although the study is about mapping the extent of ethnic mixing, by focussing on couples who are visibly different, the research inevitably touches on a critical discussion in society about multiculturalism and diversity.

"Research on racism has shown that many Australians still hold negative attitudes towards mixed-ethnicity partnerships, and there is strong evidence that those attitudes are different from place to place," Alex says.

"But until now, we had very little knowledge of where mixed-ethnicity couples live across Australia. Our research explores the characteristics of places where these couples typically choose to reside." 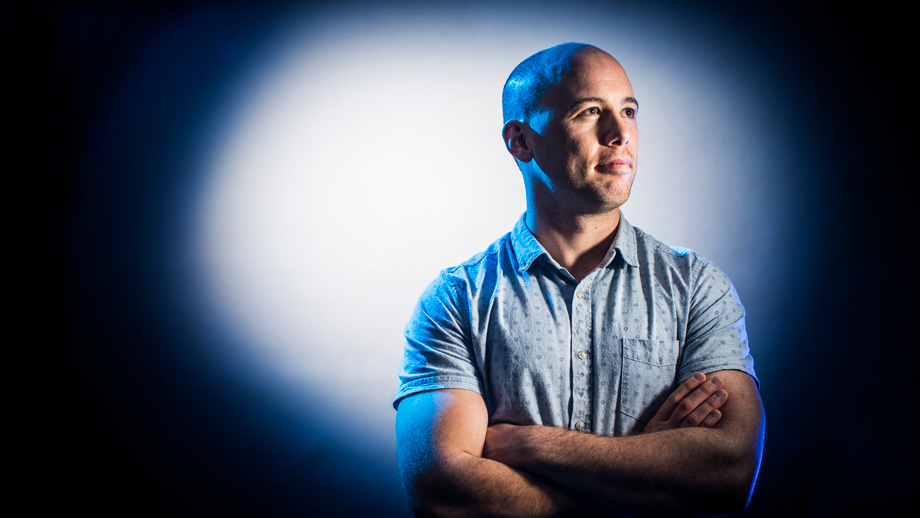 The results throw up some interesting insights: though it's still the norm for Australians to share households with people of the same or similar ethnic background, this is becoming less common as each successive migrant generation is more likely to find a partner outside their ethnic group.

The 2011 census recorded 139,751 mixed-ethnicity couples of the six types the researchers classified. Couples where one partner is of South-East or North-East Asian origin are the most prevalent across Australia - although rates of inter-marriage vary by group. Drilling down further, the researchers found that 26.7 per cent of Filipinos have Anglo-European partners, compared to 5.5 per cent of Vietnamese individuals.

"Visibly different couples don't make up a huge proportion of the total population across the country, although they are on the increase," Dr Klocker says. "With that in mind, they might not yet challenge the idea of what a 'typical' Australian household looks like, but they certainly challenge ideas of what households in particular localities look like."

The prevalence of mixed-ethnicity couples in a neighbourhood is now widely considered to be instructive about where couples choose to live - bearing in mind financial and other constraints - rather than where they formed.

The data backs an intuitive observation that inner-city suburbs are where mixed-ethnicity couples are more likely to choose to live. "The maps reveal inner cities as important residential locations for mixed-ethnicity couples, which is a new observation not made in previous studies overseas," Alex says. "This suggests that we need to think about what might be particularly attractive about inner cities for people in mixed-ethnicity partnerships."

Otherwise put, in these diverse suburbs where everyone is different, so to speak, couples of visibly different origins are less likely to draw attention.

Darwin gets a special mention as Australia's most ethnically mixed marital metropolis, with diverse couples (of the types measured in this research) making up 6.5 per cent of couples in the city, more than double the national average.

"Growing numbers of mixed-ethnicity partnerships would suggest that barriers between different cultural groups are coming down."

That doesn't mean that mixed couples choose to live only in capital cities. There are significant numbers of mixed couples in regions such as Cairns and the Gold Coast, and in the outback reaches of Western Australia and the Northern Territory.

The maps further illustrate that couples of mixed origins are more widely dispersed across Australian cities and regions than couples where partners share the same ethnicity. For example, 93 per cent of couples with two South-East Asian partners live in one of Australia's state or territory capital cities. But couples with a South-East Asian partner and an Anglo-European partner are less urbanised - only 71 per cent live in a capital city.

Loving and living in Australia

Racial segregation is far less pronounced in Australia than in the US, UK and Canada, but distinct ethnic residential patterns remain, and can be lightning rods for negative media and political attention.

"Discussions of ethnic diversity in Australia's major cities often focus on places where particular ethnic minority groups tend to concentrate," Alex says. "Places like Fairfield and Hurstville in Sydney and Dandenong and Footscray in Melbourne are sometimes used as a basis for criticising ethnic minorities for living 'separate lives' and 'failing to mix' with the broader population.

Yet their maps and analysis show that those places often have some of the highest concentrations of ethnically mixed couples.

"Our research complicates and pushes back against ideas of ethnic residential segregation. It shows that some suburbs that are often listed as ethnic enclaves are actually key sites of ethnic mixing within homes."

"It's still quite common for anti-immigration groups and political parties to claim that ethnic minorities don't mix, and that they cluster in particular localities," Dr Klocker says. "These ideas are damaging - they encourage negative attitudes towards ethnic minorities and towards immigration.

"Our research complicates and pushes back against these ideas of ethnic residential segregation. It shows that some suburbs that are often listed as ethnic enclaves are actually key sites of ethnic mixing within homes. People are mixing in these places in ways that a generic interpretation of the census data just can't reveal.

"Our research also shows that individuals from ethnic minority backgrounds, who have an Anglo-European partner, are more likely to live outside of traditional areas of ethnic concentration."

Put simply: being in a mixed-ethnicity relationship seems to shift ethnic minorities' residential geographies. From this perspective, the researchers consider mixed-ethnicity couples to be agents of change. 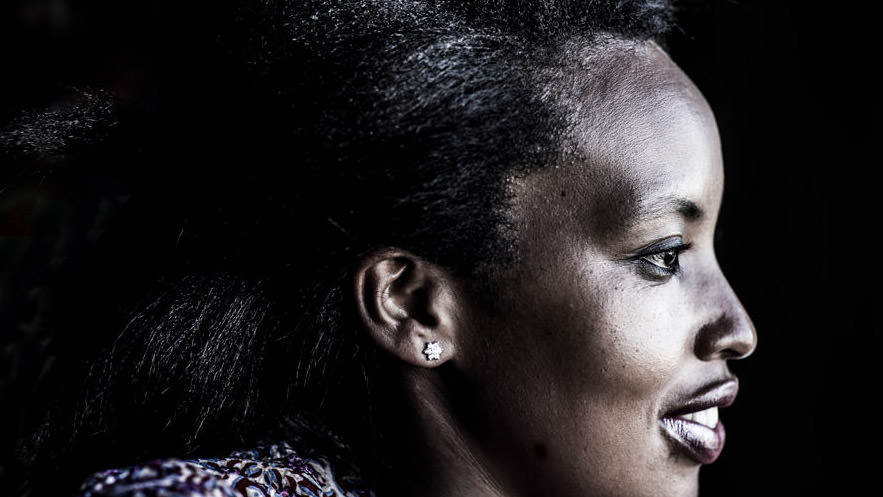 Despite the pain of losing family members and returning to her hometown to see hundreds of bodies in the street, many killed in stomach-churning acts of violence - the bodies of her father and other close relatives were never found - Denise, Boyd and Keeona are now building a new life in Australia.

"It was her character that really amazed me," Boyd says. "How she spoke about her experiences in Rwanda and the importance of forgiveness."

Asked if she's ever experienced racism or in any way been made to feel unwelcome in Australia, Denise takes a long pause.

"I think any strange questions are based on curiosity or maybe ignorance about who we are and where we're from. There was a time at a party where I was talking to another man from another country in Africa and someone asked me if he was my brother."

She pauses again before adding emphatically: "I have never been made to feel unwelcome in Australia."