What it takes to get a condom on the shelf

For pharmaceuticals and medical devices, the journey from inspiration to realisation is a long one

We've all seen the news reports that claim researchers may have found a miraculous cure for a disease or invented a medical device that will help millions, only to be told at the end of the report that the product is still many years from being a commercial reality. But why, when there are so many people suffering, does it take so long? What goes on behind the scenes?

We talk to biomedical engineer Associate Professor Robert Gorkin from the Australian Institute for Innovative Materials about the challenges of getting their hydrogel condom - which is about to start preliminary trials - to market. 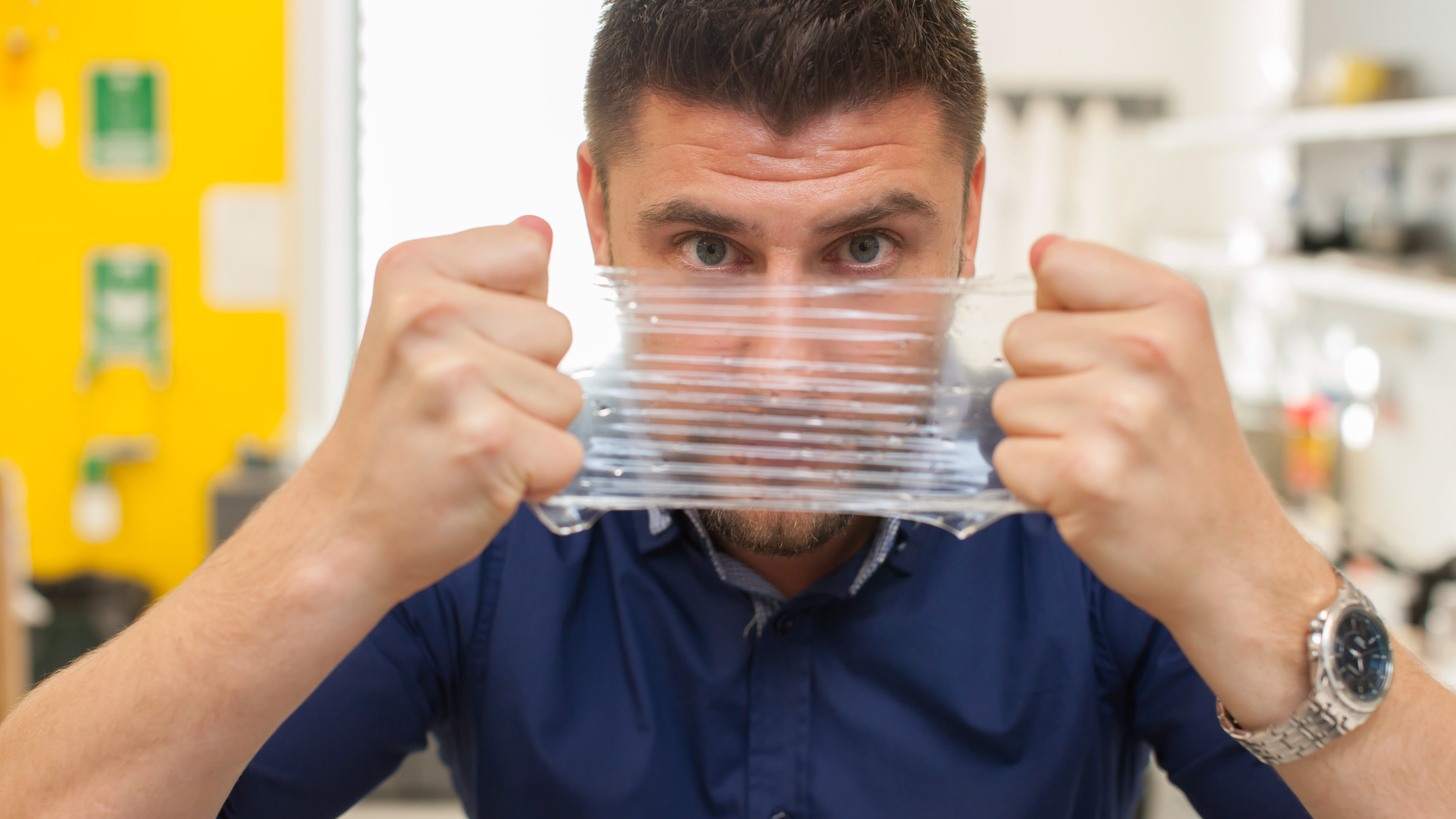 About two years ago Dr Gorkin was building 3D-printed implants and next generation bionics when the Bill & Melinda Gates Foundation announced funding for innovative ideas that would increase condom use in the developing world.

"We were not in the in sexual health space at all, but we had these very tissue-like materials that we were developing for use in the body, and we wondered if they would work for a condom," Dr Gorkin says. And that's what they pitched: a condom that would feel better than latex and, therefore, increase the use of condoms in the developing world.

While the team had indications that some of their materials could approach and potentially exceed the properties of latex, initial lab tests were so positive they were able to secure of one of 20 grants, out of 1,700 worldwide applications.

The team had that moment of inspiration every creative person dreams of, plus they had the financial backing. So, what next? They brought together a multidisciplinary team with skills in materials engineering, biology, industrial design, social health and strategic foresight and set about some serious research and development

"Not being specialists in condoms we didn't try and reinvent the wheel in terms of R&D," Dr Gorkin says. "We evaluated what happens in industry and how they go about development, and that actually gave us a pretty linear process."

They did mechanical tests to test the material's stretch and strength, bio testing to see if it would stop models of sexually transmitted infections and sperm, as well as dip-coating to see if mass production would be viable.

Wanting to know if the new material would provide better sensation than latex, they teamed up with researchers from Swinburne University to perform design driven innovation and neuro-testing They had people touch different materials and monitor their brain activity to see which areas associated with emotion were lighting up. The hotspots that resulted from touching the hydrogel materials were good indicators relating pleasure.

We all have standards

Before a medical product can be sold to the public there are many regulations and standards that must be met to protect the health of the public, and condoms are no different.

"It's complex," Dr Gorkin says. "Condoms are actually easier than a lot of other medical devices, but understanding the Therapeutic Goods Administration regulations here in Australia alongside other agencies from around the world is still difficult. That said, it's what we based our research off of from the beginning: could we meet internationally recognised standards."

This focus on meeting the regulatory guidelines from the start of the product's development is critical as there are no certainties when it comes to application time.

"The TGA don't necessarily advise pre-clearance. They can't tell you whether or not you're going to be successful before you submit. You need to be focused on meeting the regulations at every stage of the product development," Dr Gorkin says. "If you're not, you won't get any support from anyone who knows anything about condoms."

With all this standardisation, quality control and quality assurance that needs to be adhered to, it's easy to see why regulatory science specialists are in great demand.

"Having somebody who understands these frameworks and who is across not only medical devices but medicine is invaluable for both researchers and industry, who are active in this space - particularly for start-ups," Dr Gorkin says.

Even after a product is approved for market, the focus on regulations continues.

"There are standards or regulations for how condoms need to perform throughout its life-cycle. You need to test to assure production performance before it goes on the market and continuously afterwards," Dr Gorkin says.

While there's no questioning the need for regulations to ensure products that are related to our health and wellbeing won't do any harm, Dr Gorkin says that a better balance between regulation and innovation could be struck.

"In terms of disruptive technologies, like 3D-printed soft implants or new materials for condoms, there seems to be a disconnect between an appetite for innovation and an uncertainty on how to handle that from a regulatory standpoint," he says.

"We have these great innovative ideas in Australia but we need to free up development pathways because we generally don't have the private investment to support disruptive medical R&D in Australia compared other countries because of the risk."

With any new product, there's an investment hurdle that needs to be jumped. Project GELdom is fortunate to have received philanthropical funding but for others, funding is often the biggest hurdle they need to overcome.

"Developing new pharmaceuticals and medical devices costs a lot of money and there's little appetite for risk," Dr Gorkin says. "In the case of condoms, big companies are limited to trying new materials because they have to basically compete in the space, so there's a risk they will cannibalise their own market.

"We have pitched to venture funds before, but it's a big risk for them, particularly with our focus on the developing world, because it's not like investing in resources where you can see a return in a couple months or a year. It's a long game." 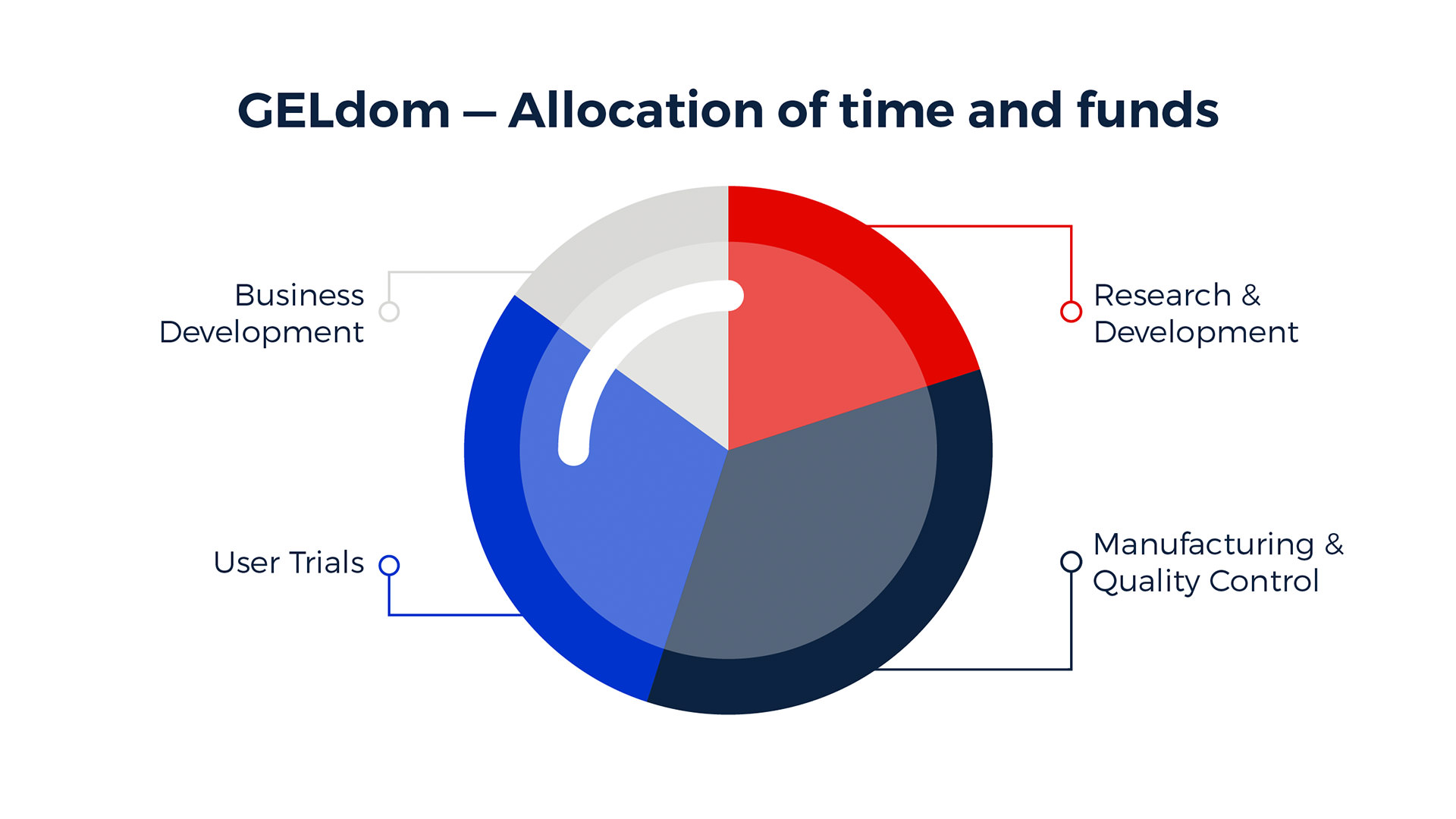 Developing condoms for the developing world

Around 27 billion condoms were sold and potentially used in 2015 alone. It's the only medical device that simultaneously prevents against pregnancy and SDIs. With the backing of the Gates Foundation, the GELdom team is focused on the developing world - not your typical market for premium condom manufacturers.

"You look at the developing world and there is a lot of focus on disease and prevention, so we're kind of disrupting that typical customer segment by providing a condom that could actually change opinions and increase use," Dr Gorkin says. "Further investment is going to be required to actually get this condom onto shelves and into to sexual health clinics, however, I think the biggest challenge we need to answer is: will people use them."

Conscious that their condom is a consumer product, the team is highly aware the branding and packaging of the product will play a large role.

"Swinburne University has looked at condom packages from across the world and found that different countries have different messages, colours and branding," Dr Gorkin says. "We need to understand the preferences of people in those countries if we are to succeed."

The team is at the stage where they are limiting research and gearing up towards user trials, while also looking at mass manufacturing.

"We're building a pilot line so that we can do maybe a couple hundred condoms for a user trial," Dr Gorkin says.

Sex, by its nature, is very subjective. Think of all the things that it depends on: your partner, the environment, your relationships. These all add variables that Dr Gorkin and his team needs to overcome.

"With so many variables, how do you test whether somebody likes one condom better that another? That's really difficult. So, we're figuring out new ways of actually doing that," he says.

There's also a real interest from the team to determine whether they can make a condom that would convince people who don't use condoms to do so.

"We got good indications that people are going to like it. And so now with phase two funding from the Gates Foundation we hope to start user trials in Africa next year," Dr Gorkin says. 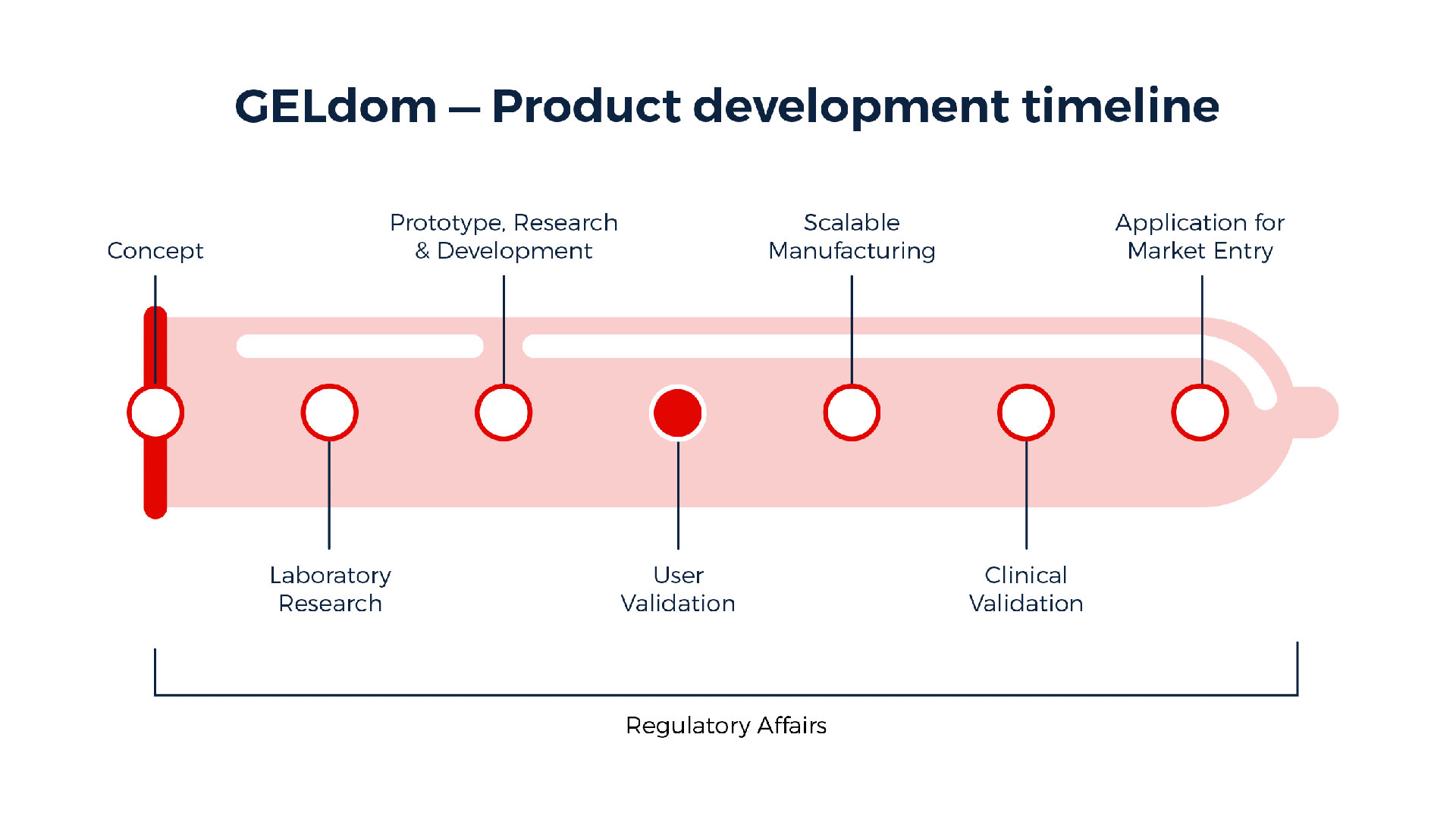 Rolling it out to market

Dr Gorkin is actively approaching the project from an industrial and commercial perspective. This means they are trying to get their product to consumers as quickly as possible.

"We see that with the current funding and the current planned activities that it's probably another three years before our condom could be on the market," he says. "If we achieve validation next year, we can scale-up production and regulatory clearance and be ready to go in two years."

This means they could go from concept to pharmacy shelf in four years - quite fast when you consider the team is working with very minimal funds compared to what's done in the industry.

"I'm an engineer and an entrepreneur," Dr Gorkin says. "This project started as an engineering project and while we're tackling it from a regulatory perspective and using innovative technology, it all comes down to people. Particularly for the Gates Foundation, I believe it's not really about condoms, it's about minimising the devastating impacts when condoms aren't use in. They really care how this work could benefit developing countries."