Scientist Jun Chen is harnessing the power of our bodies for wearable tech.

Jun Chen dreams of creating power from happiness. Not what you might expect from a professor of electromaterials who has published more than 150 papers in scientific journals. But the concepts he is working on possess a compelling ingenuity and the potential to make us all smile.

Professor Chen heads up an international team of researchers collaborating to refine ways of harvesting and making use of a constant and natural power source - body heat.

It's no secret that human beings lose heat, with the average adult shedding around 100 watts of energy a day. But what if we had to look no further than our own bodies to power a range of electronics, from everyday personal smart devices to wireless health monitoring equipment?

A resting male can put out between 100 and 120 watts of energy a day, in theory enough to power many popular electronics, like a Nintendo Wii (14 watts), mobile phone (about 1 watt) or a laptop (45 watts).

Quietly-spoken Professor Chen, who joined the University of Wollongong (UOW) almost 20 years ago as a graduate in chemical engineering from China's Zhejiang University of Technology, cannot hide his excitement at the potential applications of the technology.

"We are not saying that batteries will no longer be required. But think about all the devices that need to be charged, that could become recharge-free. In your mobile or watch for example."

And who would blame him? This is work that is based on a simple, proven premise, that an electrical current can be generated using body heat.

But the potential for use of the resulting thermocells is huge - from serving as always-available renewable power source for body-worn devices like smartwatches to nanofabrics that could make charging your mobile phone as simple as putting it in your pocket, or wearable technology that could help to provide power and light in remote areas, way after the sun has gone down. 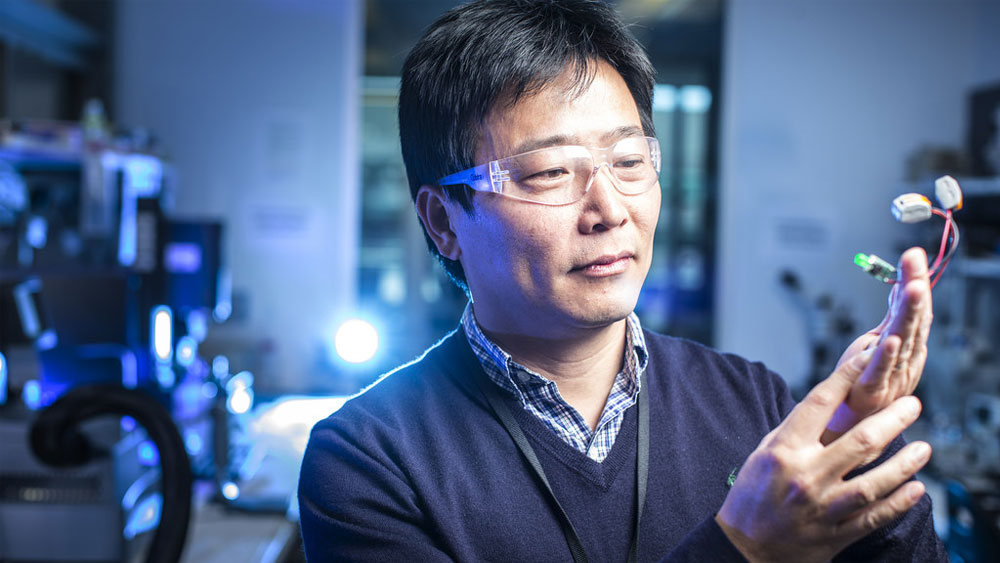 For Professor Chen there's a particular appeal in the ability to maximise power from the human state of happiness. Thermal imaging technology reveals variations in the location and intensity of the heat our bodies emit, dependent on our emotional state. We are at our best, in terms of a constant power source, when we are happy.

Thermal imaging also helps to demonstrate the constant nature of body heat as a power source. Unlike solar energy, reliant on sunlight, thermal energy from body heat is supplied by a source that is constant. In fact, it's impossible to switch it off.

There's a reason why thermal imaging technology is widely used by the military and law enforcement agencies the world over and is a staple in action movies, with bad guys on the run unable to evade capture.

But the key to translating body heat into power lies not in the heat per se, but in harnessing the difference between the temperature of the body and the surrounding environment. Thermal energy works using two tiny metal plates (electrodes) situated on either side of a material that can conduct an electric current.

Our body temperature is very stable - between 36 and 38 degrees - and as long as there is a difference of more than five degrees between the electrode that is in contact with the skin and the outside temperature, a current can be created.

Professor Chen demonstrates the theory using a small handheld square of plastic, containing two electrodes. The heat from the palm of his hand on contact with one side of the plastic is enough to instantly power a small globe attached by a wire.

"With heat difference on both sides, you can generate a voltage difference, which means you can generate a current - enough to power small devices," Professor Chen explains. "Traditional thermal technology has been developed, but it is not being widely used. If we want to employ it for body-heat harvesting, a few scientific and technical barriers need to be addressed first." 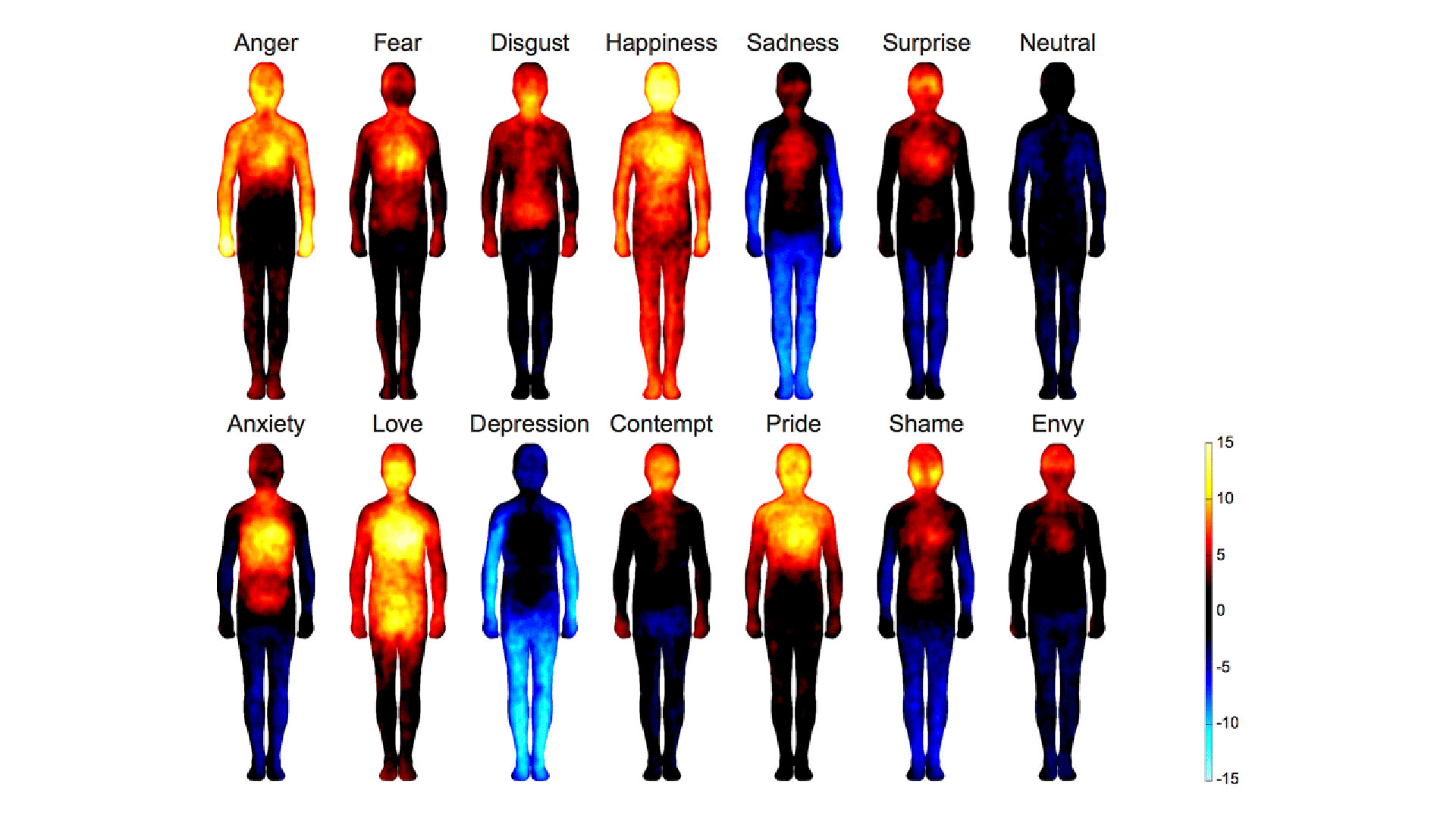 The major challenge is to create a current incorporated in material that is not rigid, but flexible and can bend to the contours of the body. Professor Chen received an Australian Research Council Discovery Project Grant of almost $300,000 for this research, in collaboration with Dr Leigh Aldous, of King's College London.

"We are working on a biocompatible gel - so that you have something that you can bend and twist and stretch. It could be used directly on the skin, or incorporated into an existing device, such as a layer between your watchstrap and your skin," Professor Chen says.

Developing a skin patch that can generate power has potential applications in healthcare settings, such as a recharge-free way to monitor the pulse and blood pressure at regular intervals of residents in aged care facilities.

"We are working on a biocompatible gel – so that you have something that you can bend and twist and stretch. It could be used directly on the skin, or incorporated into an existing device, such as a layer between your watchstrap and your skin."

The other exciting direction for the research is towards the development of wearable technologies. In collaboration with world leading nanotechnology experts at ARC Centre of Excellence for Electromaterials Science (ACES), work is underway to develop flexible, thermo-electronic cells that can power a new generation of wearable devices.

Think active wear that could power your fitness tracking devices, as just one example.

ACES researchers at University of Wollongong and Deakin University have recently developed gel-based electrolytes and are investigating ways of connecting thermocells - using 3D printing - to produce fabrics capable of powering electronic devices. Professor Chen believes gel-based electrolytes could open up a variety of possibilities, including knitting fabrics from yarns coated in the substance.

"We are not saying that batteries will no longer be required," he adds. "But think about all the devices that need to be charged, that could become recharge-free. We could use thermal energy, through nanotechnology textiles, that could continuously charge your batteries, in your mobile or watch for example." 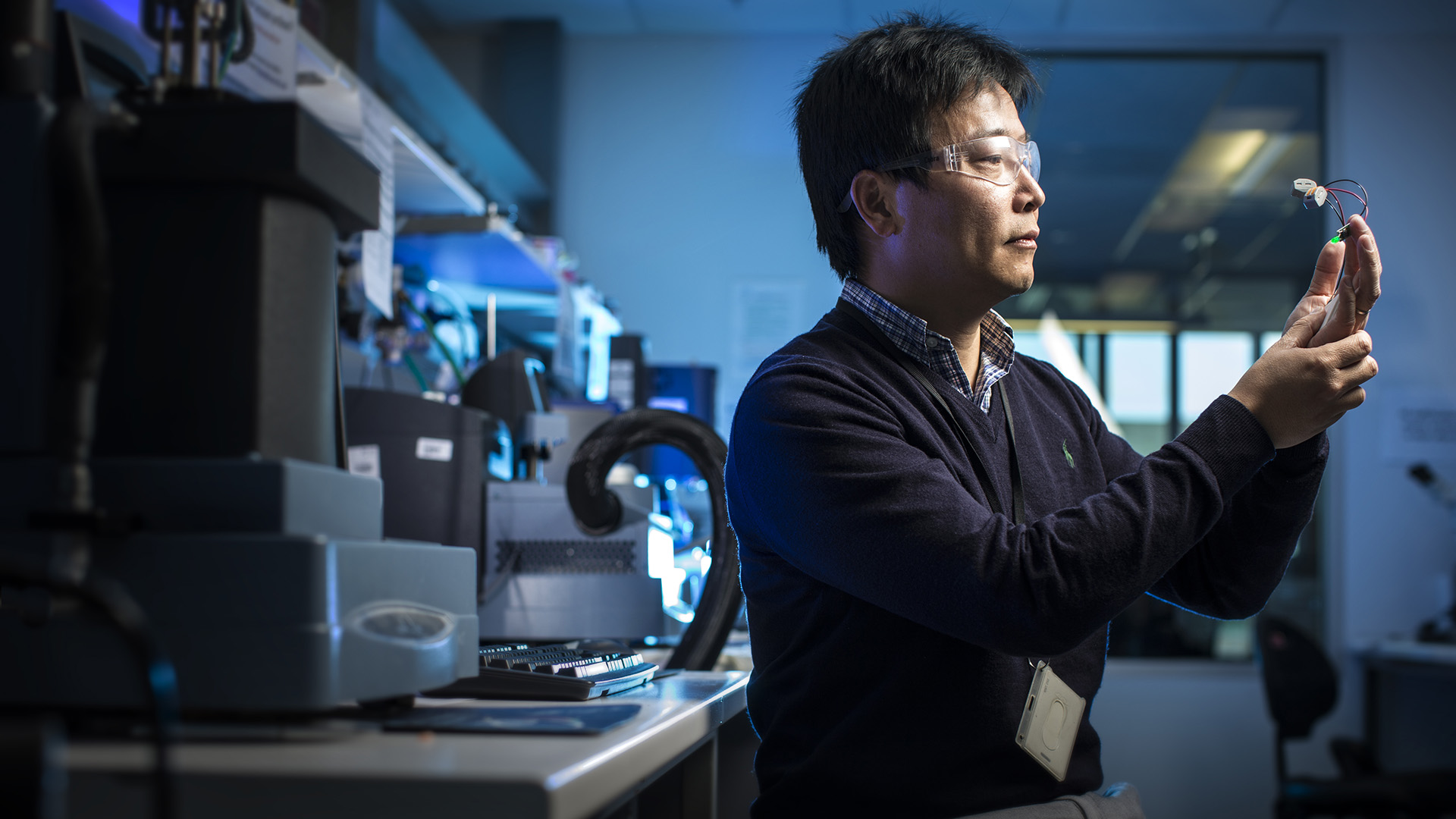 While it's too early to speculate about the cost of incorporating the technology into everyday devices, Professor Chen sees enormous potential in developing continuous power sources that can be harnessed in remote areas, offering alternatives for battery charged devices.

"We are focussing on using body heat for wearable devices, but the concept could be used for other applications," he adds. "Remember, we don't need heat, just a temperature difference. When you go camping, you can use solar power during the day. But at night-time, the temperature difference between the outside of your camp and the inside could be enough to be a source of power for lighting."

The research team includes collaborators from Deakin and Monash universities in Australia, as well as the University of Texas, Dallas, and King's College, London. Professor Chen anticipates prototypes will be developed within two or three years and will seek out industry partners to collaborate with.

The IPRI team is ideally placed to build industry partnerships, Professor Chen adds. Under the leadership of Professor Gordon Wallace, IPRI is recognised internationally as a world leader in the development of intelligent materials and nanotechnology, and has a strong and proud philosophy of transforming discoveries into devices and working with industry partners.