The march of the robot economy

From making hamburgers to driving trains, the robot economy is inevitable, and has radical consequences for society.

UOW's Dr Eduardo Pol sheds light on the robot economy and its future.

Here's a story: Henry Ford is visiting a production line at one of his car plants with a member of the union.

That question has never been more pressing. What is beyond dispute is that technology is transforming our economy at break-neck pace into a robot economy.

'There is no escape'

"At this stage I believe there is no escape," says Dr Eduardo Pol, from UOW's Faculty of Business. Dr Eduardo Pol is about to publish a paper on the robot economy that makes very uncomfortable reading indeed.

Essentially, he argues that within the next decade, robots will start taking over many of our jobs and - here's the crux - those jobs won't be replaced by others, as has been the case in the past. 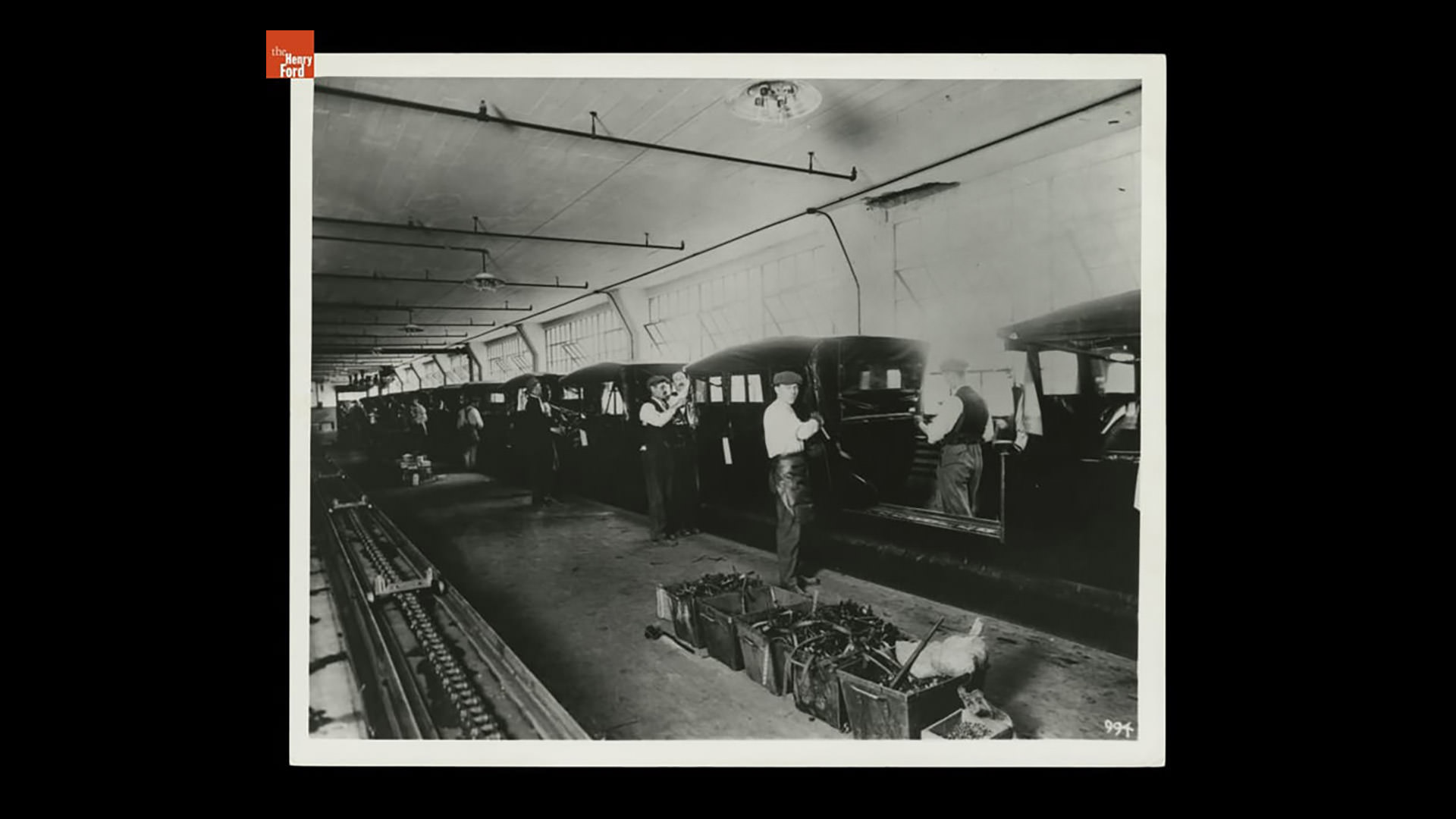 Worse still, he admits to having no answers - simply suggestions for interim measures that may buy us some time until we can work out how to transform our society to cope with our transformed economy.

But before we get to the solutions, Dr Pol insists on setting out his argument, step by step. He speaks with an engaging South American accent, a dry wit and a passion for his subject that cannot be ignored.

Yet his message - that the robot economy threatens to strip us of employment - is one that should strike fear into almost all of us.

"Generally speaking, a robot economy is one in which technological unemployment is increasing," he says. "That has strong implications for society in general."

By robots, he means production that has artificial intelligence, is automated and exhibits robotic abilities.

"The enthusiasts say that if you look to the historical evidence, the economy in the past has created more jobs than it destroys, and consequently there is nothing to worry about.

"Clearly they base their reasoning on historical extrapolations, and the claim is that what was true in the past will be true in the future.

"The Achilles heel of that argument is that what was true in the past, may not necessarily be true in the future. So the argument in my opinion is weak." 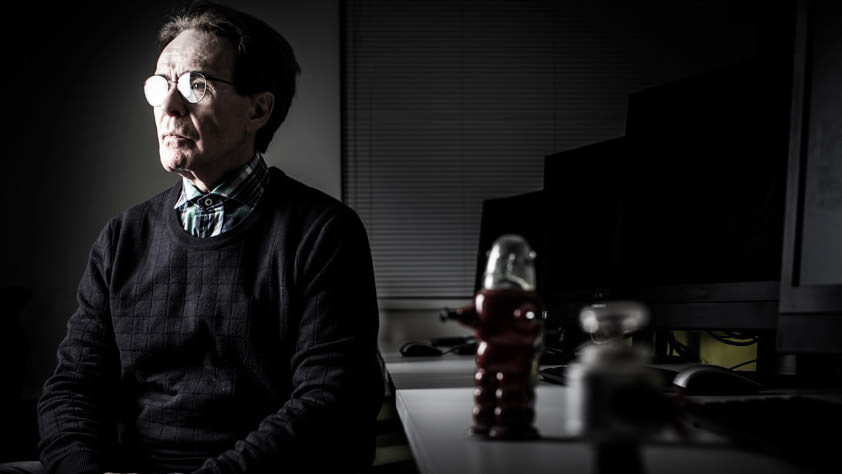 This time it's different

The sceptics' view - which is one that Pol proves mathematically and systematically in his paper - is that this time things are different.

"You need to have the sort of education that develops generic skills – critical thinking, analytical thinking including mathematical reasoning, even ideation – which means creation of new ideas."

Dr Pol argues that the unavoidable law of economics - the minimisation of costs - will effectively take this out of our hands, and make a robot economy inevitable.

Those in industries where robots can produce cheaper than humans (and that's in most industries) will simply have no choice. Robotocise or perish.

This creates what he calls 'the robot economy paradox', which is that goods and services will become ever cheaper, just as jobs disappear and the ability for people to pay for those services diminishes.

The only professions that will be safe from swift redundancy, argues Dr Pol, are those that have a significant element of what he calls 'tacit' or 'intuitive' knowledge.

What he means by that, is a knowledge that comes from experience and that cannot be easily written down, or reproduced. This often has an artistic element, or one that involves human interaction. 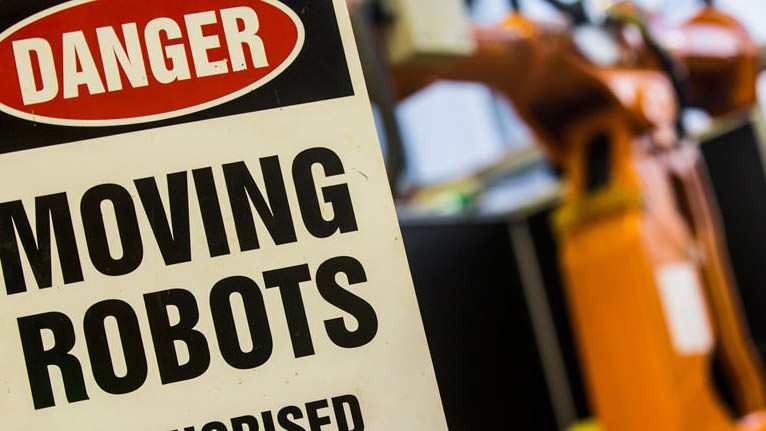 In the university context, this can be illustrated by the difference between lecturers and tutors. Lecturers only have to deliver their knowledge once, and it can be videoed and re-run any number of times and all over the world.

As Dr Pol reflects ruefully: "You'd only need one Harvard professor to put everyone else out of work."

Tutors, by contrast, need a knowledge of their subject that can be tailored to their class, and to individual students. They need to be able to react to individual situations, and to communicate directly. All of this would be hard for a robot.

No job is safe

Lawyers, however, are not safe, neither are brick-layers (nor anyone in the construction and manufacturing industries), nor accountants, architects, taxi drivers, dry cleaners … the list goes on.

The truth, according to Dr Pol, is that there is no guaranteed safe haven, though artists, hair dressers and creative thinkers are looking better than most.

"I believe the best bet is where there has to be a field where there is critical thinking, where there is analytical reasoning, including mathematics, and emphasis on interpersonal communication," he says.

"Those are the genetic skills that you have to develop to have a competitive advantage to digital labour." So what is to be done? 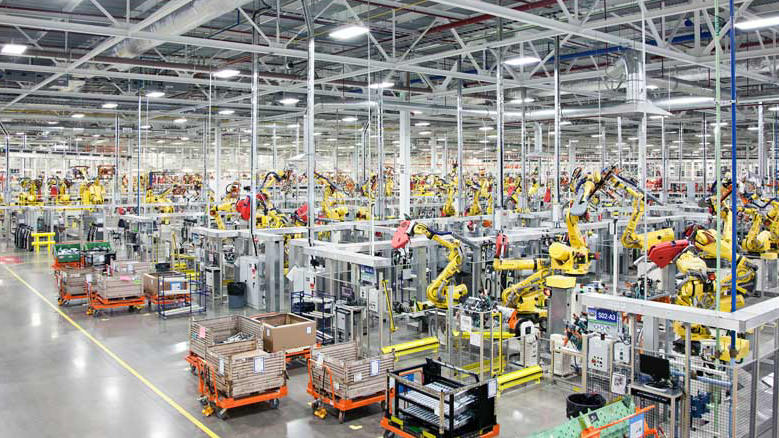 If you follow the advice of Bill Gates, the first action you need to take is to tax the robots that take your jobs.

"Certainly there will be taxes that relate to automation," Gates said in a recent interview.

"Right now, the human worker who does, say $50,000 worth of work in a factory, that income is taxed and you get income tax, social security tax, all those things.

"If a robot comes in to do the same thing, you'd think that we'd tax the robot at a similar level."

'Education alone is not enough.'

The second response should be education. And here the argument transcends the Faculty of Business, where Dr Pol is a senior lecturer in economics, and becomes the concern of everyone.

"You need to have the sort of education that develops generic skills - critical thinking, analytical thinking including mathematical reasoning, even ideation - which means creation of new ideas."

But crucially, the politicians' answer - to foster a 'creative economy' of innovation and ideas - will not save us from the robot economy, and all its challenges. If those ideas can be replicated, or written down, they will at best delay the inevitable.

"Technology is capturing human capital and putting it in software programs," Dr Pol says. "Therefore your human capital is devalued because the machine can do what you were able to do before."

Put bluntly - too many students are learning skills that will already be redundant by the time they graduate. Almost none of those skills will last a career, let alone a lifetime.

Along with tax and education, Dr Pol argues that Australia should be limiting immigration now.

"If the robot economy is coming, that would imply significant unemployment and if you keep on bringing people in now, in 10 years' time we will have a phenomenal workforce - but maybe they won't have jobs."

Finally, some are arguing for a universal basic wage to negate the effects of the robot economy paradox, but this is a solution that Pol argues is no real solution at all.

"Technology is capturing human capital and putting it in software programs. Therefore your human capital is devalued because the machine can do what you were able to do before."

"The problem is that when you have that guarantee, what are you going to be doing with your time?" he says. "Shall we go and have a cup of coffee and look at the sea for 10 hours? Are we going to do that same thing the following day?

"Having a job is having a meaning in your job. It's not just getting a salary. My view is that people don't want a welfare cheque, they want a job."

Yet none of these measures represent more than a temporary solution - means to buy us time to adjust to the rolling revolution that robots represent.

Like climate change, the challenges of a robot economy can only be solved on a global scale.

"If a country in isolation adopts measures to reduce pollution, that country may be suffering negative economic consequences. The solution has to be global," he says.

"In this case, it's exactly the same. You can compare the introduction of labour saving technology and negative externalities like pollution. You increase output, but you also increase unemployment."

As Dr Pol is quick to admit, he has far more questions than answers. And these are questions that require critical thinking, analytical reasoning, including mathematics, and emphasis on interpersonal communication.

In short - the answers to the challenges of the robot economy will not be found by robots. Here's a field of endeavour where our only hope still rests with humans.