Helping an ageing population grow old with dignity is possible

It is time we rethink our approach to aged-care policy and create dementia-friendly communities.

Dennis Frost points out a dip in the pavement obscured by shadow. It's probably just a result of time and weather. For most people, it wouldn't rate a mention as they walk by.

"With the shade from the trees the dip is deceptive and could be a trip hazard for someone with dementia. These are just things that unless you live with it you don't notice," Mr Frost says. He's the current Chair of the Kiama-based Dementia Advisory Group.

He was diagnosed with dementia four years ago, aged 59, with frontotemporal dementia, a condition that affects areas of the brain involved in processing and understanding sight and sound.

"At the time I had three jobs," Mr Frost says. "I owned an IT business, I was a technical officer at TAFE and had a part-time teaching role there.

"It was a lack of facial recognition. People I was talking to at work, they knew me and what I was doing but I couldn't recognise them. I wasn't recognising students' faces but I could remember where they sat in class."

Dennis' partner Tina describes the onset like a "character switch".

"He went from being a happy man who'd make a joke about anything to being angry or depressed and he was difficult to have a conversation with. I just put it down to the stage of life he was at and other issues he was dealing with." 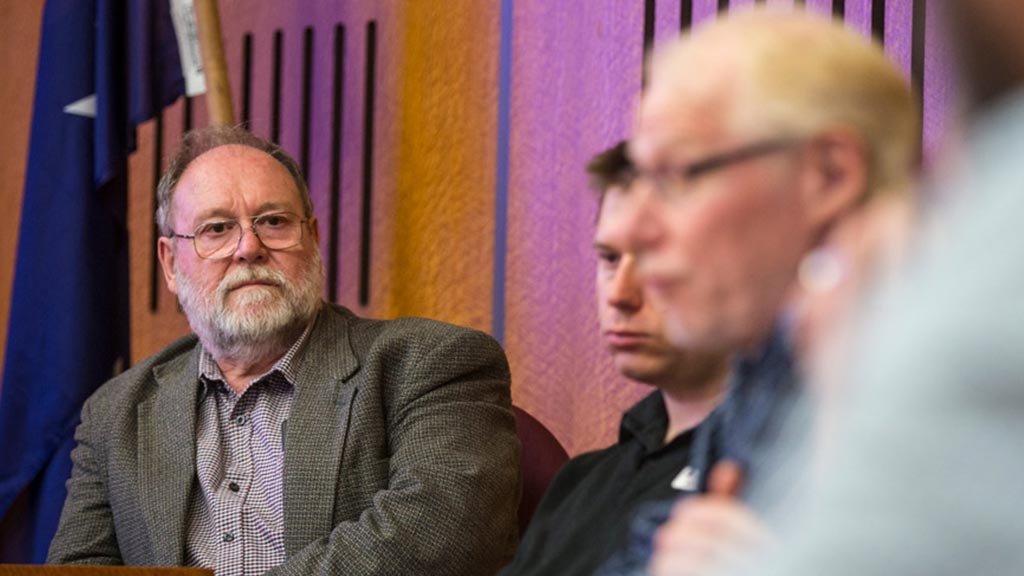 He says the idea of dementia-friendly communities appealed because it included people with dementia as part of the design of the project rather than at the end. It's also a bright prospect that doesn't involve institutional care or being "shut off" from the world.

"Dementia-friendly means acceptance, that you're part of the community, that it's de-stigmatised and you can get assistance where it's required," he says.

While Dennis is under no illusion about the cost of ripping up paths or replacing infrastructure with more suitable designs, there is a growing body of evidence that providing spaces in the community that are designed with the needs of people living with dementia in mind not only enables a more dignified life for them, it puts less long-term pressure on the national purse.

University of Wollongong Sydney Business School health economist Professor Simon Eckermann says what is happening in Kiama has profound implications for how Australia provides for its growing population of older people.

"A business-as-usual approach to ageing will not work with the looming ageing challenge and current budget constraints," Professor Eckermann says. 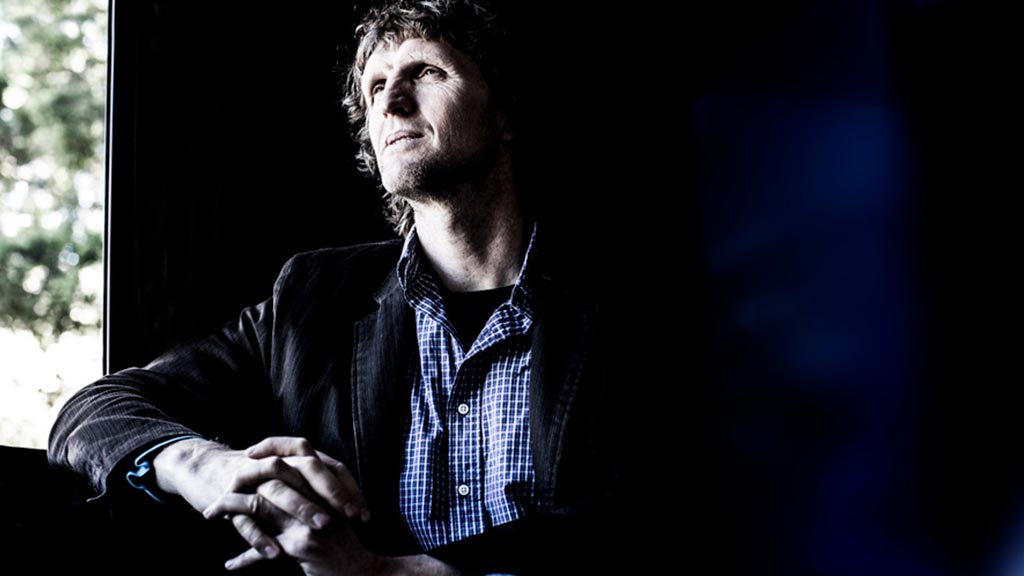 A "business-as-usual approach to ageing" will not work with the looming ageing challenge and current budget constraints
Professor Simon Eckermann says.

A new era of life

During the 1960s, the baby boomers (born between 1946 and 1964) were the first generation to have an adolescence. Prosperity afforded by the post-war manufacturing boom in the west enabled a period of life between childhood and adulthood with freedom and adventure.

With the oldest of the baby boomers now in their 70s, Brazilian epidemiologist Alexandre Kalache points to their demand to have a 'gerentolescence', a period of life lasting around 20 to 25 years post retirement where people remain physically, mentally and socially active in their communities.

"Rather, ageing pathways are required to enable living an active mental, physical and social life in the communities of their choice and maintain a voice in decisions about their welfare."

Importantly, addressing the challenge of remaining physically, mentally and socially active in the community can both better address baby boomer preferences and demands but can also address the increasingly strained services that otherwise will arise.

The true cost of ageing

"Historically, when people say increasing health costs in Australia have been due to ageing, it is simply not true," Professor Eckermann says. "Productivity Commission analysis in 2006 showed that prior to the baby boomers becoming over 65 only about 5 per cent of the growth in per capita health expenditure from 1970 to 2010 was attributable to ageing.

"The other 95 per cent of growth in health expenditure has been due to increased use of expensive new medications and technologies and policies such as the private health insurance rebate which, while now costing more than $6 billion annually, has failed in its stated objective of taking pressure off the public system."

Shielding the taxpayer from the cost of ageing was life itself, as life expectancy increased by almost one-third between 1970 and 2010. The mortality rate fell, even though people were ageing, defying all projections. 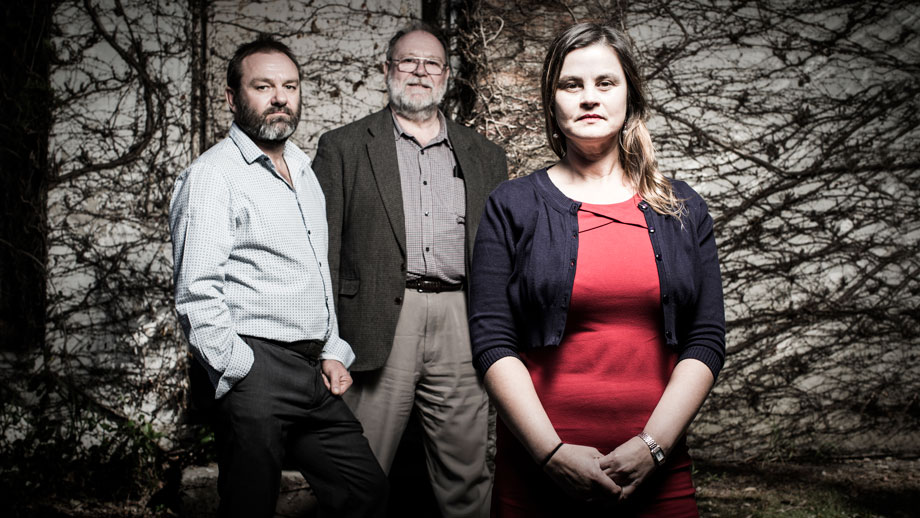 "That was largely attributable to preventative health measures such as reduced smoking, vaccination, improved sanitation and so on. This has been protecting health expenditure growth over time with lower costs associated with ageing and death over time."

However, these factors which have been protective against the cost of ageing won't last. As baby boomers now enter their eighth decade, population mortality rates will start rising.

"If we fail to allow for ageing in the community, aside from failing to meet preferences of ageing populations, the Productivity Commission projects health expenditure to rise from 8 to 12 per cent of GDP by 2045, with half of that increase attributable to costs of ageing," Professor Eckermann says.

The sheer weight of numbers illustrates the potential for a crisis with the wrong policy approach: the proportion of the population aged over 65 is expected to increase from 14 per cent in 2012, to 24 per cent in 2045.

"In the next 12 years, all of the baby boomer generation will be aged over 65 and their life expectancy has increased to the extent that it lasts a further 20 to 25 years. That takes us up to 2050 and hence it is up until then where we'll really feel the effect of the ageing baby boomers," Professor Eckermann says.

The increase in age-care costs could be significantly greater still, particularly given the growth expected in conditions associated with ageing in people over the age of 65, such as dementia.

Alzheimer's Australia reports predict that the number of Australians living with dementia, currently more than 413,000, is expected to almost treble in the next four decades. "Age and dementia-friendly communities are critical to successful ageing and the health and age-care system budget's bottom line," Professor Eckermann says. 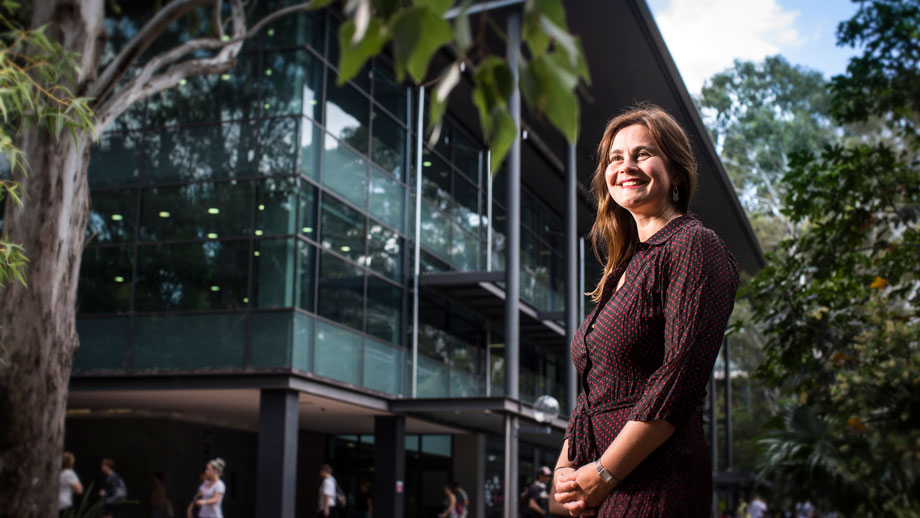 Dr Lyn Phillipson, a UOW public health researcher, says the heightened interest in dementia care is due to the aging of the population and increased awareness of the condition.

"The reason that we're seeing an increasing number of people living with dementia is a direct correlation to our increasing longevity," she says. "Age is the biggest risk factor for dementia. So, at 65, you might have 1 in 12 people who have a diagnosis of dementia but by the time we get to 85 it's more like 1 in 4."

Growing numbers of older people living longer with complex needs and who have a basic human right to age with dignity. It raises the question: how will the country pay for it all?

As Executive Director of Dementia Training Australia Professor Richard Fleming says, maintaining the current level of residential care for people with dementia in Australia will require 400 new beds per month every month for the next 40 years.

"There isn't a society on earth that can afford that," he says. "So you've got the economic pressure and the moral pressure coming together to tell us that we've got to find a different way of doing this."

And that's where the community has a large role to play, particularly in supporting those with specific needs, such as people living with dementia.

Housing. Transport. Employment. Essential services. Somewhere to socialise and exercise. These are things that combine to form the places we live in. Yet it's the people who make a place to live a community.

Dr Phillipson says that to make a community age and dementia-friendly, it must support people to live well and enhance their wellbeing. Dementia-friendly communities provide for safe and active ageing in the community - with walks, community gardens, transport and shops all designed to encourage and enable meaningful interactions.

"We know that what is good for the heart is good for the brain," Dr Phillipson says. "Things like physical activity, good diet, controlling your vascular risk to reduce hypertension and high blood pressure, which are big risk factors for dementia. These are really important.

While civic design, good engineering and helping people help themselves goes a long way, encouraging people to stay active in their communities depends much on the attitudes of others.

"A lot of what we've been doing is about increasing dementia awareness to decrease some of the stigma of living with dementia and doing that in community settings," Dr Phillipson says. "We've been going and doing education sessions in banks and pharmacies and supermarkets and with taxi drivers.

"If they do meet someone who has some kind of dementia or cognitive impairment they might actually recognise that and what sort of assistance might be helpful for them. 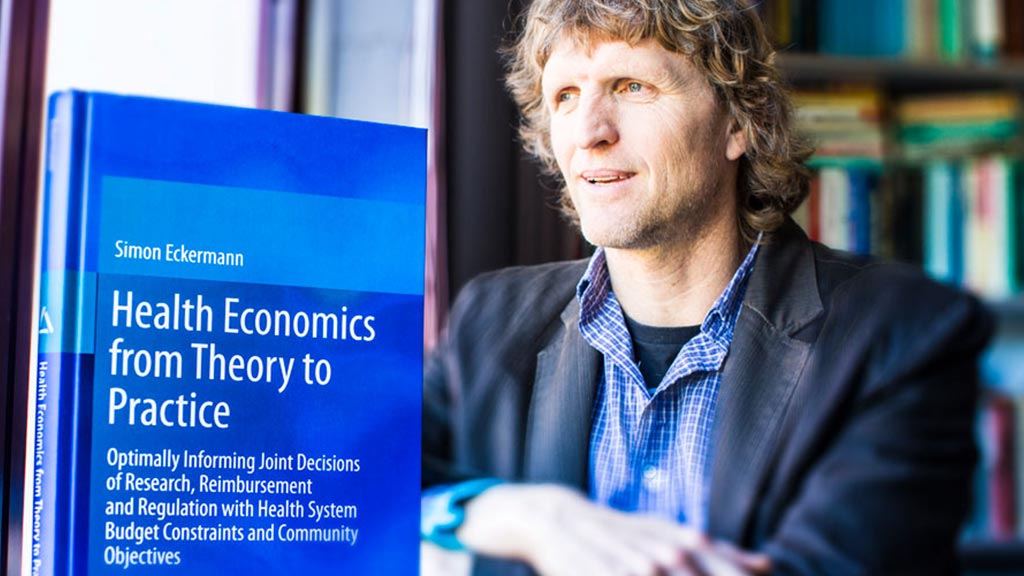 There's also been a focus on volunteering to ensure that older people continue to have opportunities to contribute to the community, which is good in terms of decreasing some of the ageism.

"Civic participation and being able to support older people to remain working also has positive impacts on health, mental health and the fabric of our communities."

Dr Phillipson talks about a concept called 'compressing morbidity', reducing the worst impacts of ageing until the very last stages of life, where care - and cost - can be focused on palliative care and quality care for complex conditions.

Perhaps a more apt description for compressing morbidity is reduced suffering. Reduced suffering that increases a persons' dignity is a powerful formula.

Professor Eckermann says that investment in successful ageing of the baby boomer generation also benefits all those to follow in providing a pathway to successful ageing. It also strengthens communities and the voice and preferences of the elderly in decision making.

"Successful baby boomer ageing pioneers for all, but effective and affordable reform needs to address dementia in the community and aged-care facilities and end-of-life and new technology challenges," Professor Eckermann says.

"We've really been inefficient in the way we deal with aged populations, in how we deliver dementia care and palliative care.

"Good health care is not about money, it's about appropriate pathways and access to them. Now is the time to be having meaningful policy debates that lead to effective reforms. We've got to get it right. There's no alternative."

Dennis Frost, ever the optimist, sees the progress in how the condition is diagnosed and treated as part of a larger change in the attitudes and support for people like him.

"Major structural changes take a long time but the beautiful thing is that when there is an opportunity to make a change, such as putting in a new path or replacing an older bit of infrastructure. The changes are happening in a positive way by taking into consideration needs of people living with dementia.

"For me, success would mean growing general awareness and not being confronted with challenges and invisible discrimination. To be able to live here and feel that being in the community is as comfortable as it was 15 years ago."