Life as a 21-year-old Co-CEO of one of the most successful Indigenous mentoring programs in the world – AIME.

Resilience and a determination to never give up are traits that have been passed on through generations of Marlee Silva's family - and she is no different.

Thrown into a sink or swim situation, she admits she came close to drowning. But Marlee pushed through to complete one of the most challenging yet rewarding years of her life. It was a year that would ignite a fire in her that is so fierce she will never again be just a "regular 21-year-old".

Marlee - now in her third year of a Bachelor of Creative Arts (Creative Writing)/Bachelor of Arts (Politics) at UOW - has just finished her 12-month stint as Co-CEO of the Australian Indigenous Mentoring Experience (AIME). The organisation aims to close the gap between Indigenous and non-Indigenous children going on to university, TAFE or full-time employment. She is the first of 10 young Indigenous leaders to undertake the intensive apprenticeship, shadowing AIME's Founder and CEO Jack Manning Bancroft.

After just 10 simple questions for this story it was clear why she was chosen for the role. Her passion is infectious, her answers are raw and honest - she is the kind of tenacious individual that makes you feel like anything is possible.

Tell me about the moment you heard you'd be Co-CEO of AIME.

As soon as I arrived home from the intense final interview, I had to take a proper nanna nap (for the first time since preschool) to recover from the stress of it all. I was woken about 40 minutes later by a phone call from our CEO, Jack, letting me know I had the job. I honestly couldn't believe it. I was shaking before I hung up the phone and cried sporadically for the next three days from the shock, the excitement and, to an extent, from the fear it sparked in me as well.

Who inspires you and what did you take from them into this role?

I've been inspired by a great deal of people in my life. My great-grandmother raised 13 kids on a dried up river bed in poverty in rural and racist NSW. My nan was one of the first Aboriginal women to graduate from Sydney Uni with a social work degree and my father escaped life in a housing commission in Western Sydney by making great sacrifices. He worked ridiculously hard to become a successful professional rugby league player and later a NSW Police Officer. The resilience of the people around me, from both the Indigenous and non-Indigenous individuals in my life, is the greatest lesson I could take into this role. It's the same thing I tell every Indigenous high school kid I work with: a never give up attitude is imperative if you hope to succeed in anything. 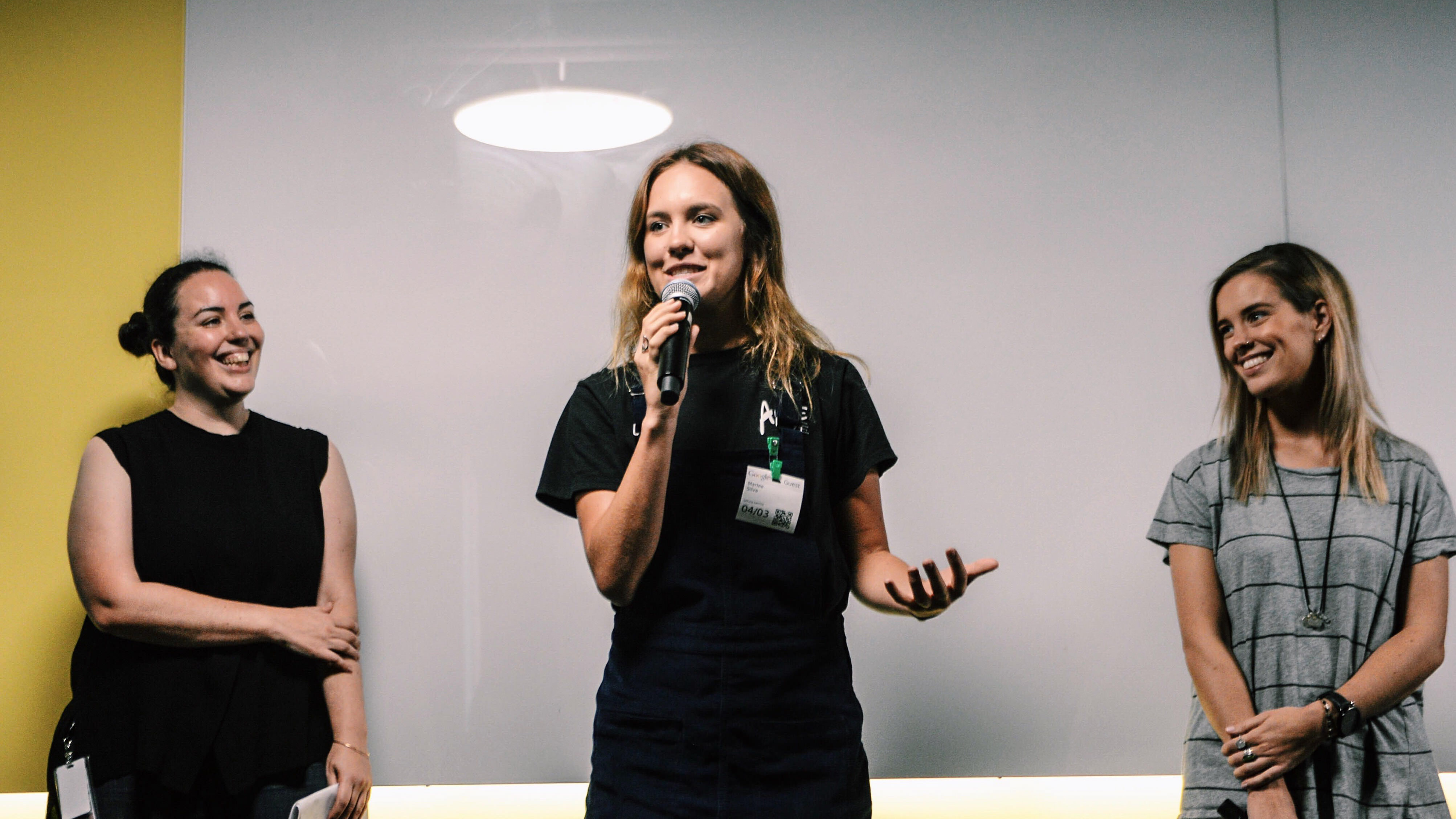 What did the role of Co-CEO involve?

The past 12 months were filled with so many hundreds of different roles within the role. Sometimes I was presenting my inspirations and hopes for Aboriginal Australia to a thousand high school kids or a couple of hundred suits (aka our corporate partners) at fancy events where I stuck out like a sore thumb in a brightly coloured hoodie. Other days you would find me packing and shipping AIME apparel from our head office's storeroom. Jack wanted me to learn every element of the organisation from the ground up. Every day was filled with a new lesson, a new challenge and a new experience. It was exhausting and altogether it saw me grow into a completely different human being.

What was the most challenging part of the role?

Juggling expectations. The day after I accepted the offer of the role, I had a four-hour meeting with Jack where he gave me 10 novels to read and a 20-minute keynote speech to write before I even officially started. I was told I was going to be thrown into the deep end from the get-go, but I really could not have anticipated how close I would come to drowning. What ended up being my biggest challenge was accepting that it was OK to ask for help or to say 'no' when I didn't have the capacity to do anymore.

How did the role change you and your views of the world?

It's going to sound cynical, but I am increasingly frustrated with how any attempt to make a genuine and thoughtful change seems to move in slow motion. Working with government and watching proposals bounce back and forth like some pathetically frustrating table tennis rally is infuriating. But it helped light a fire within me to be that incredibly stubborn and loud voice for positive and sustainable change in the lives of Aboriginal and Torres Strait Islander individuals and their communities.

What was the most important thing you learnt from Jack?

The most important lesson actually began before we met. Back as a mentor in 2014, when I was first learning about AIME and its history, it was the fact that he had built this organisation from nothing as a 19-year-old uni student that inspired me. After hearing how many doors he had slammed in his face by those who didn't want to listen to a cocky Aboriginal kid who thought he could change the world, I learnt that your age and where you start don't have to impact on your ability to do the seemingly impossible. I've now connected this lesson to my favourite quote: 'a baby shark is still a bloody shark', meaning no matter how many years you've been breathing, if you've got the fire and the determination to do so, you can scare the pants off any person with a fancy title and a fancier car, to the point where they have to listen to what you've got to say.

What was the highlight of your time as Co-CEO?

Admittedly, participating in a month-long summer program at Stanford University in the US was ridiculously cool (so it comes in a close second), but it's the stories of the 6,000 kids we work with across the country that immediately come to mind. It's the 50 handwritten letters I received halfway through last year from the students in our UOW program who told me they missed seeing me every week in our Wollongong sessions, but they were excited and inspired by what I was doing - that makes me the proudest. 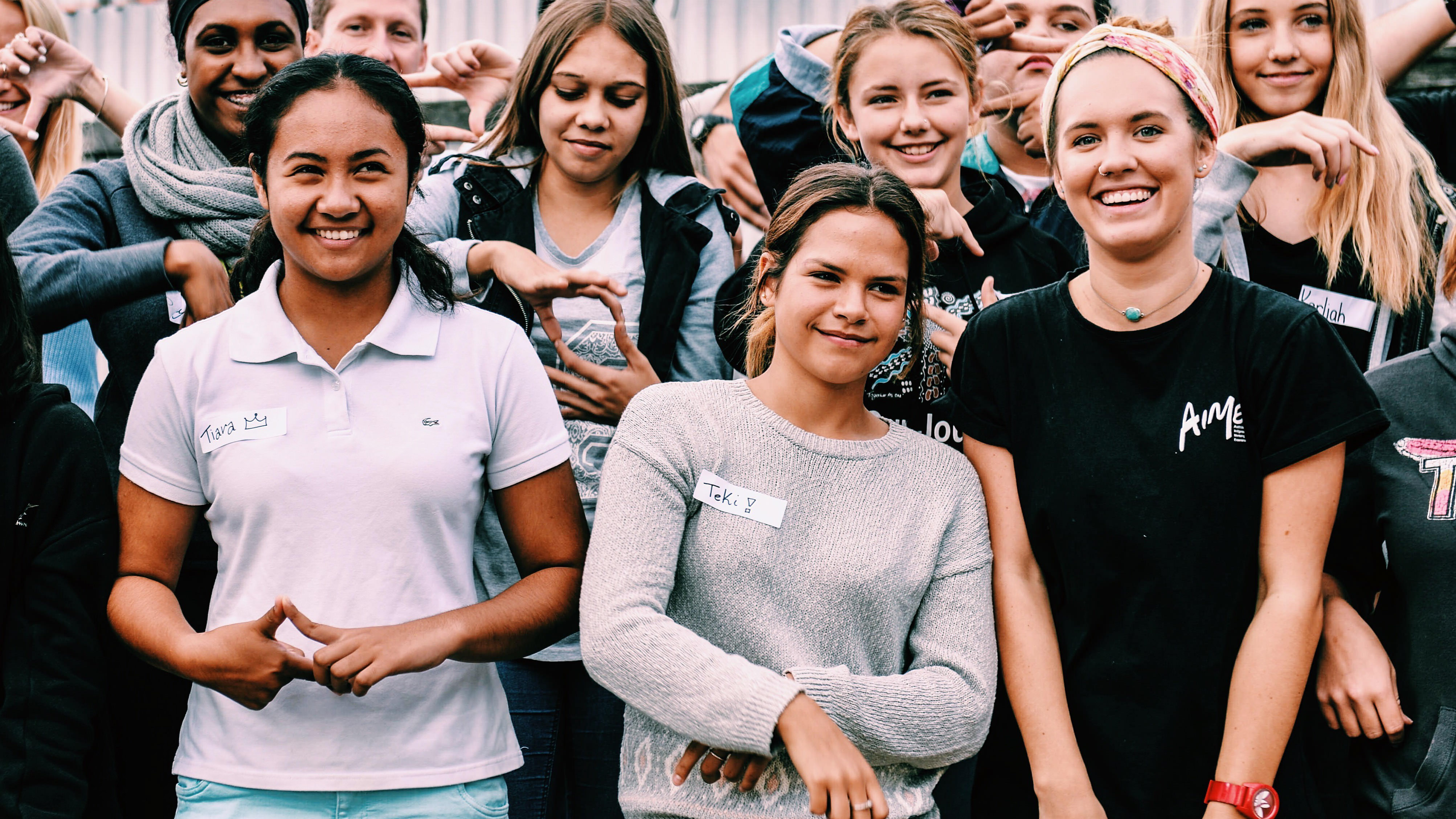 What was the lowlight?

After pushing myself to my absolute limit, going weeks without a full night's sleep, developing a messed up eating pattern, and fighting bouts of laryngitis, tonsillitis and conjunctivitis, it became apparent that I'd completely burnt myself out. I described to a colleague that I felt as though I had absolutely nothing else to give, I felt empty. And with that I was put on a week-long period of forced leave. This was only four months into the job and I was so ready to quit. I can attribute my ability to bounce back to one thing: my family. My mum and dad were not forceful with their beliefs that I shouldn't give up, but were simply there to act as sounding boards and offer advice. After a few days of sleep and focus on reconnecting with my social life and my beloved sport and exercise, I started to feel like a regular human. I realised I was actually doing a damn good job before I broke down and there was nothing stopping me from getting back to that place, but just approaching it in a healthier, more balanced way.

Any advice for the incoming Co-CEO, Ben Abbatangelo?

Benny is a good mate of mine and he's such an incredible guy, so I've already told him I know he'll smash it out of the park. The biggest thing I would stress though, to him and anyone who is taking on a big role or responsibility like this, is to surround yourself with really good people. With family who will forgive you if you snap at them after a long day and with friends who won't stop texting you if you pull out of plans when you're exhausted. Don't let yourself fall into the trap of perceiving your own identity as beginning and ending with being the Co-CEO of AIME, or holding whatever title it is that you do. You're so much more than what it entails. Remember that there are so many things you've done that have helped you get here and you will continue to do once it's gone. These are the things that make you the awesome human you are.

Any naive hope I had of being a 'regular' 21-year-old has completely gone out the window. I just spent four weeks on a Contiki tour in Europe, which is the epitome of a young person thing to do, right? But on the nine-hour bus rides between Amsterdam and Berlin, I found myself scribbling down ideas of what I want to do next. A few volunteer things, a potential business venture and random stuff like getting back into acting classes (which I haven't done since high school). In the immediate future I'm just really excited to get back to my first love, writing creatively.