The importance of unprecedented species redistribution for all life on earth

From deserts to rainforests, from mountain tops to ocean depths, from the equator to the poles, every environment on Earth is being transformed by climate change.

And as ecosystems feel the effects of global warming, the plants, animals and other species that live in them must find ways to adapt. For many, this means moving in order to stay within favourable environmental conditions.

Human society has yet to appreciate the implications of unprecedented species redistribution for life on earth, including for human lives.

In Mexico and Central America, rising temperatures and shifting rainfall has forced coffee growers higher up into the mountains in search of the conditions needed for their Arabica coffee bushes, and to escape the fungi and pests that have moved onto the lower slopes.

In Colombia and Ethiopia, malarial mosquitoes are also moving into higher elevations, and coming into contact with human populations that had previously been free of them - and which have not built up immunity to the disease.

Off the coast of Tasmania, sea urchins have followed warmer waters south where their grazing has devastated kelp forests and the species that live in them, leading to declines in lobster and abalone fisheries and to reduced catches for recreational fishers.

While the natural ranges of species have always been dynamic and have fluctuated over time, the current warming of the planet is driving the biggest redistribution of life on Earth since the last ice age.

On the level of individual species and ecosystems it is creating winners and losers; some species are becoming more numerous while others are threatened with extinction. On a global level, we are witnessing a massive disruption that is radically altering life on Earth and that will pose huge challenges to human societies. 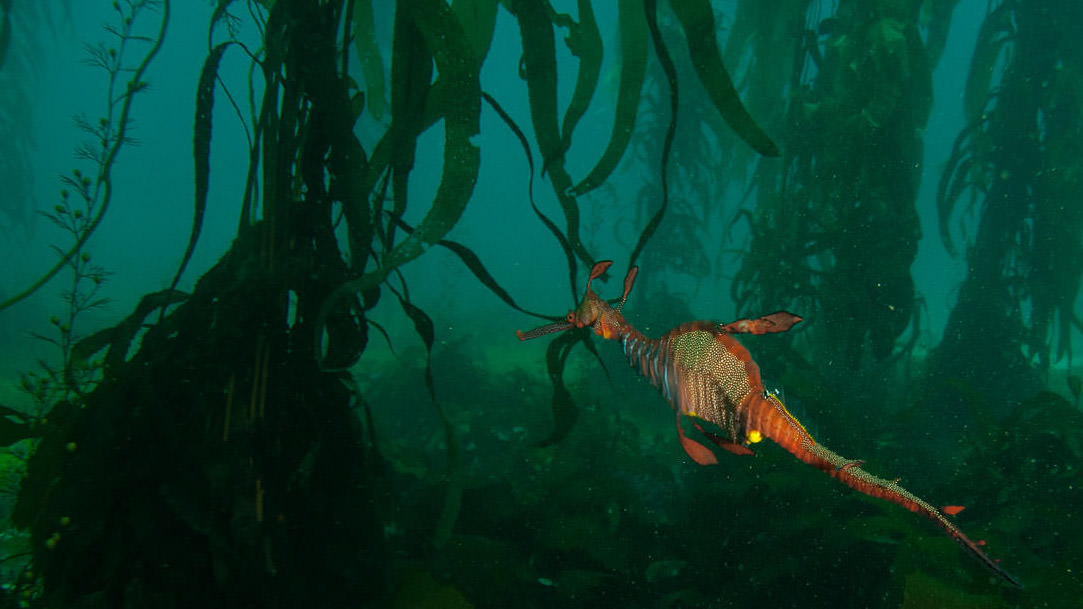 Sea Urchins have devastated kelp forests, vital habitat for species such as the seadragon.

Species on the Move

In February 2016, biologists, ecologists, geographers, legal scholars and other academics from around the world gathered in Hobart for 'Species on the Move', a conference looking at climate change-driven species movement and its implications.

A team of 41 of these scientists then co-authored a paper, Biodiversity redistributions under climate change: Impacts on ecosystems and human well-being (published in the 31 March 2017 issue of the journal Science), that pulled together many of the findings from the conference. While by no means an exhaustive list of the species movements that are happening, it does give some idea of the scale and breadth of the transformation that is underway.

The researchers examined the consequences of this species redistribution for economic development, livelihoods, food security, human health, and culture.

"As with other impacts of climate change," the authors wrote, "species range shifts will leave 'winners' and 'losers' in their wake, radically re-shaping the pattern of human well-being between regions and different sectors and potentially leading to substantial conflict."

This video only contains background music:

The movement of mangroves towards the poles and of microscopic marine algae in the Arctic Ocean have implications for biological carbon sequestration, possibly meaning less carbon dioxide is removed from the atmosphere.

Species movement can also affect climate change through changes in albedo - the amount of solar energy reflected from Earth back into space. For example, snow-covered ground reflects more solar energy than does ground covered in dark green forests. The more albedo there is, the less the planet warms and vice versa.

The researchers found that continued warming will decrease the albedo in the arctic through shrinking snow cover but also through coniferous forests expanding their range northwards.

Sometimes it's hard to gauge the overall impact of a species' movement on climate change as one aspect can act to accelerate climate change while another acts to slow it. An increase in the shrub canopy cover in the Arctic may reduce soil temperatures, potentially slowing CO2 carbon release from melting permafrost and thus slowing climate warming. However, the increased shrub density decreases albedo leading to increased atmospheric heating. 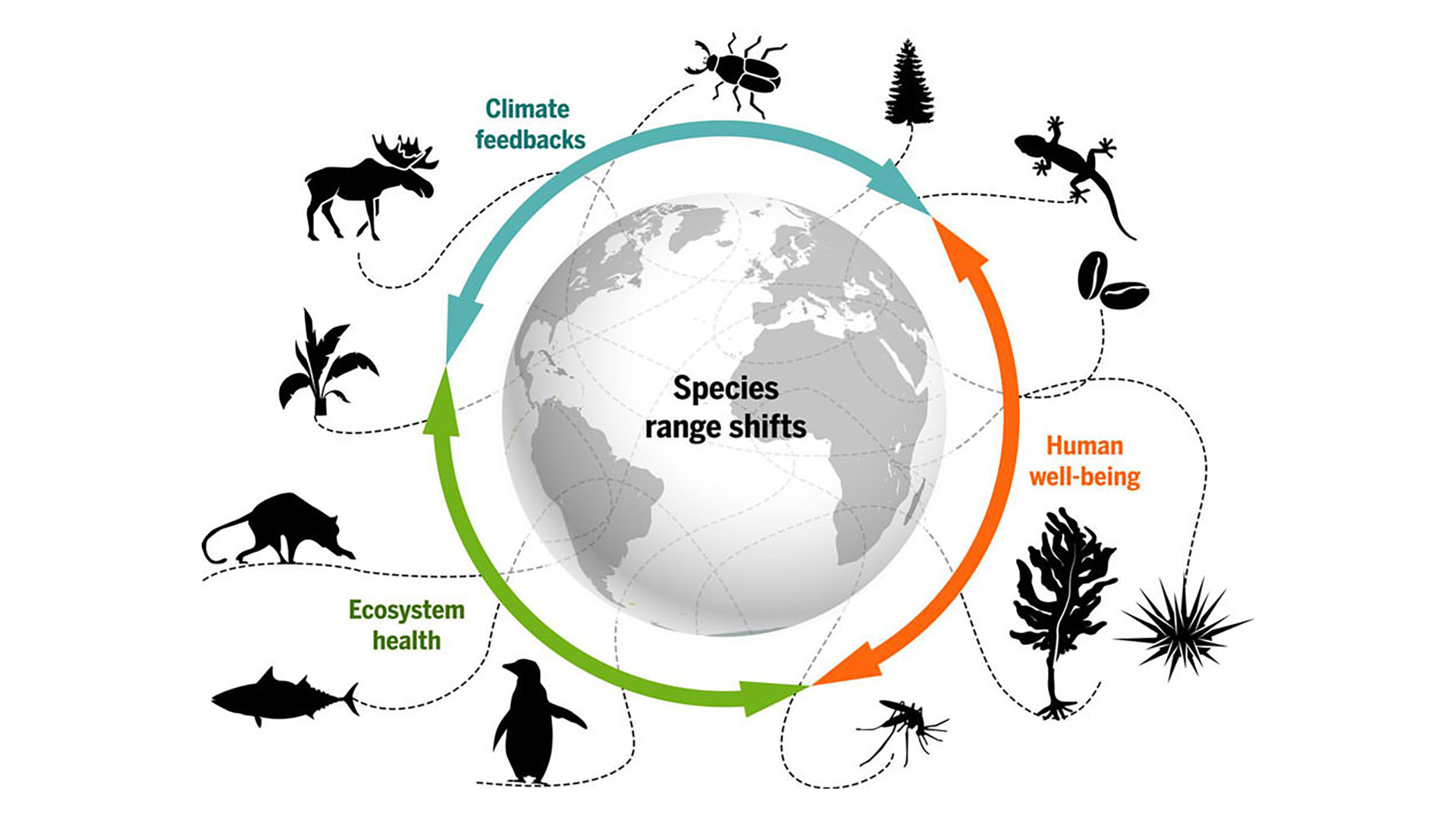 Climate-change driven redistribution affects not only species and their ecosystem, but also human wellbeing, as well as the rate of global warming itself.

The redistribution of life on Earth presents a number of challenges to human societies and governments, most notably with regard to health, food security and for industries that rely on natural resources, from forestry and agriculture to tourism and recreation.

Species migration has already caused tension between nations and could well lead to more serious conflicts.

Professor Johann Bell, a Visiting Professorial Fellow at the Australian National Centre for Ocean Resources and Security (ANCORS) at the University of Wollongong (UOW), was one of the paper's authors. He says species movement in the oceans raises serious food security issues.

"We are seeing species movement occur more dramatically in the oceans, and the scope for change is greater there than on the land. On land there are natural barriers to movement - mountain ranges, deserts - that you don't get in the oceans," he says.

"There are also well-documented oceanic hot spots, areas in the oceans that are warming faster than elsewhere. One of those is off the east coast of Tasmania - many species are turning up in Tasmania that previously you would have expected to find several hundred kilometres further north." 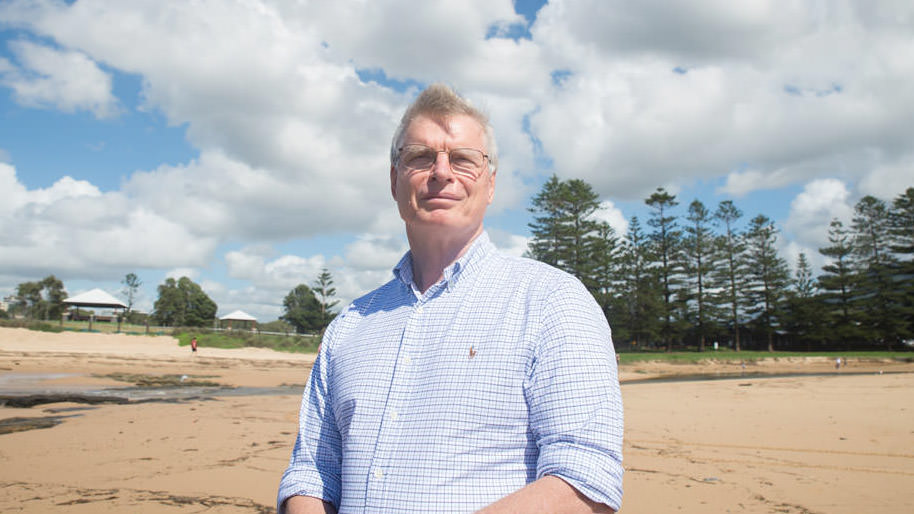 As hundreds of millions of people throughout the world rely on fish and other ocean species for food, the consequences of shifting fish stocks are profound and something governments need to address.

"The implications of changes in fish distribution are significant, and it's not something that's going to be happening in 20 or 30 years - it's happening now," Professor Bell says.

He pointed to the Iceland 'mackerel wars' as an example. In years past, the Icelandic fishing fleet caught only a small amount of mackerel, but as mackerel migrated north in search of cooler waters - and as catches of other fish decline - Iceland's catch jumped from 1,700 tonnes in 2006 to 120,000 tonnes in 2010. Fishermen in the United Kingdom, Ireland and Norway were outraged leading to blockades of ports and threats of trade sanctions.

Shifting fish stocks are also causing problems in the Pacific, where Professor Bell has been working with island states to address food security issues caused by rapid population growth, and exacerbated by climate change.

"The Pacific Islands traditionally have very high levels of fish consumption, mostly harvested from coastal, coral reef fisheries," he says. "But with their populations growing rapidly and the coral reefs being degraded by climate change, the gap between the amount of fish that can be harvested sustainably from reefs and their requirements for food security are growing."

In this instance, species movement could provide the solution for some countries: skipjack tuna is projected to become more abundant in the eastern areas of the Western and Central Pacific Ocean.

With Pacific Island populations growing rapidly and the coral reefs being degraded by climate change, the gap between the amount of fish that can be harvested sustainably from reefs and their requirements for food security are growing. - Professor Johann Bell

Many of the Pacific Island states depend heavily on skipjack tuna for revenue. Kiribati earns 80 per cent of its revenue by selling fishing licenses to distant water fishing nations; Nauru gets about 25 per cent of its income this way, and for the Federated States of Micronesia it is about 20 per cent.

Professor Bell says a greater abundance of skipjack tuna in Kiribati's fishing waters means it can shift some domestic fish consumption from reef fish to tuna without threatening the income it earns from selling fishing rights.

"Changes in the distribution and abundance of skipjack tuna can have dramatic effects on these countries, both positively and negatively. As their populations grow, coral reef fishing has only a certain capacity to meet demand, so they will need to increase access to tuna to fill the gap." 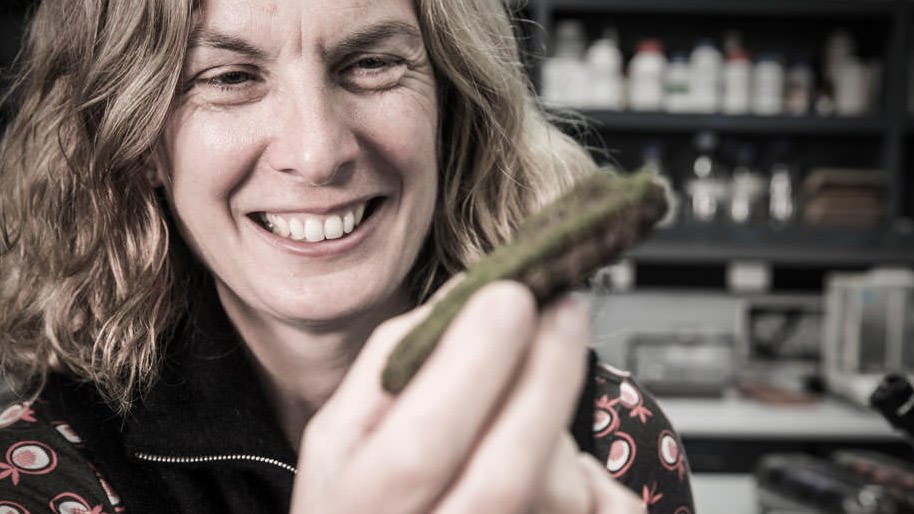 End of the line

While numerous species are on the move, not all are able to do so easily. Barriers such as mountains, deserts or oceans can limit how far some species can shift their ranges. Species that have evolved to suit very specific ecosystems appear to be particularly vulnerable.

So while some species have found ways to adapt to a changing climate - and some are even thriving - others face depletion or even extinction. Some have already suffered that fate: the Bramble Cay melomys, a rodent that made its home on a small island in the Torres Strait, is thought to be the first land mammal to be driven to extinction by climate change.

And while many species are moving to higher altitudes or towards the poles, those species that already inhabit the extremities - the polar regions or the mountain tops - don't have that option. Where can you go when you are already at the end of the line?

Sharon Robinson, a Senior Professor in the School of Biological Sciences at UOW, is part of an international team developing an Antarctic Near Shore and Terrestrial Observing System (ANTOS) to better understand how Antarctic species are reacting to climate change. Her group at UOW established the first long-term monitoring sites near the Australian Antarctic Casey Station in 2003. 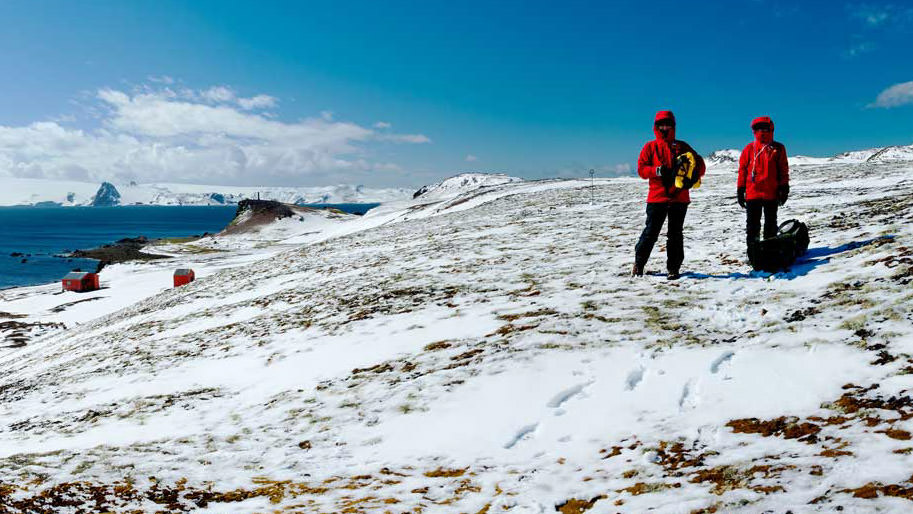 "Our understanding of range shifts is weakest in regions such as Antarctica because of the difficulties researching in such extreme environments," she says. One of the effects of climate change in Antarctica has been to dry out the coastal areas, threatening the survival of one of the continent's few endemic species. The mosses that live in these areas are being pushed out by lichens that, unlike the mosses, can thrive in the drier conditions.

Some of the Antarctic mosses under threat are several hundred years old, and can provide scientists with important data about Antarctica's past climate. Professor Robinson likens losing the mosses to losing an old growth forest.

"The moss beds in this region contain individual plants that are hundreds of years old, but only a few centimetres tall," she says. "If it gets drier the lichens will be overgrowing these mosses that have been growing slowly and steadily for 500 years. It's like losing old growth moss forests just as they are unlocking their secrets to us."

While world governments are beginning to act on climate change, as yet governments and societies don't seem to be fully aware of all the likely consequences of a warming planet.

As the Science paper argues, the negative effects of climate change cannot be adequately anticipated or prepared for unless species responses are explicitly included in decision-making and global strategic frameworks.

"Human society has yet to appreciate the implications of unprecedented species redistribution for life on earth, including for human lives," the authors write.

It is a view with which Professor Bell concurs. "The food security issues now facing the Pacific states will soon be played out elsewhere around the globe," he says.

"Globally, our food security is heavily dependent on agriculture. We are seeing some shifts in agriculture and we will have to be prepared for more as temperatures and rainfall patterns change.

"We haven't really factored in yet what global warming will do to pests and pathogens that affect agriculture. Or how climate change will affect the bees and other insects that we rely on to pollinate our agricultural plants."