We may need to rethink how we connect

Is being constantly connected via social media destroying our sense of self and ability to communicate?

Admit it, you Facebook 'stalk'. Checking on old school mates, new colleagues, friends of friends. On Instagram, you're deep into someone's profile looking at posts from 18 months ago, peeking at their life trying not to bump the 'like' button.

This is not stalking in the true sense of the word, where privacy is invaded and victims are emotionally, physically, verbally and possibly sexually harassed, often in person.

This is about a behaviour where people spy on the online lives of others, using their status updates and photos as a window into their world for reasons than can range from mere curiosity to obsession with a person.

Being able to snoop on the lives of others is just one way social media is influencing the way we communicate, with each new platform adding extra dimensions to human relationships. But are there downsides, such as technology addictions, increasing levels of social anxiety, gadgets dulling our ability to hold a conversation or turning us into a bunch of selfie-posting narcissists?

"There has always been these kind of concerns, going back to the '80s when the desktop computer was entering our lives in a major way, about how we use technology," says Dr Peter Leeson, from the University of Wollongong's School of Psychology.

"People are fearful that somehow, almost like some Tron, Matrix kind of thing, they are going to be sucked into the network and disappear. But in the psychological literature there has been a real debate about whether the internet, social networking and online gaming offer certain opportunities: are they broadly beneficial to people because they open up options for new ways of communicating, or can they be detrimental?" 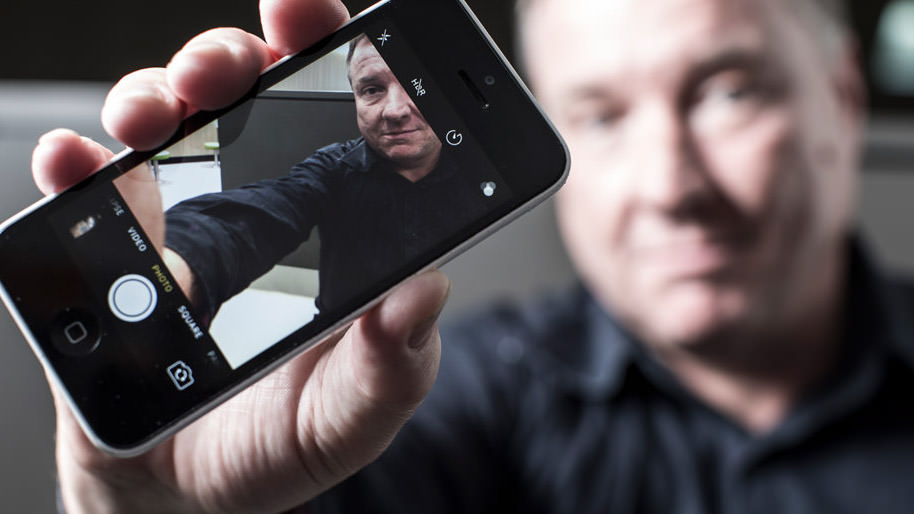 Psychologists have been studying the impact of social media, debating its impacts, trying to understand if being connected via social apps means being connected in the offline world. The answer? It depends on the person and how they use social media.

Dr Leeson says recent studies have revealed that how people use social media relates to their attachment style. A child's first major relationship, with a parent or carer, has a dramatic impact on how they relate to other people as adults. Attachment styles are the very same traits people carry more or less from birth: from the clingy, anxious kids who hate leaving their parents' side, to those who show insecure attachment, tending toward being more distant, emotionally repressed.

Dr Leeson, with research students Ellana Doolan, Erin Nichols, and Natalie Quinn, measured attachment style and how people used Facebook, looking for parallels in people's relationships in the online and offline world. It also revealed a dirty secret: almost everyone spies on everyone, otherwise known as Facebook stalking.

There has been a real debate about the internet, social networking and online gaming: are they broadly beneficial because they open up new ways of communicating, or can they be detrimental? - Dr Peter Leeson

"There are extreme forms of stalking but typically when people talk about Facebook stalking, and it's a term people commonly use, all they are really talking about is passively checking out your ex-girlfriend, friends, or any other information about a person you want to find out," Dr Leeson says.

"And if you're somebody who is securely attached, somebody who has had a good relationship with their parents, and generally tend to find it easy to relate to other people, both in friendships and making relationships, they're quite happy to say, 'hey, I suppose I stalk'. What's the problem with that?'

"The people who were anxiously attached display all of the same behaviours of stalking, but when they were presented with questions that measured stalking behaviour, they'd say they never did that. In fact they were quite adamant."

Social media has also created new ways to meet that special someone. From online dating to apps like Tindr, the instant and endless possibilities could make the younger generation wonder how their grandparents met.

Prior to online dating, for the older generation, the getting out on the weekend was the window of dating opportunity where they could get dressed up and make an effort to impress. In person. No swiping left or right in those days.

"You didn't get to edit your image in the pre-social media dating world," Dr Leeson says. "You got to edit it before you went but if you made a mess of it after that, there was no going back and deleting your efforts."

"In the pre-social media dating world, you got to edit it before you went but if you made a mess of it after that, there was no going back and deleting your efforts" Dr Peter Leeson

Now, social media offers opportunities we didn't have in the past, including the ability to manipulate what we post. The ability to edit and delete social moments raises questions about the authenticity and honesty of the images teens project, particularly if they're feeling acute social anxiety and the need to gain approval from their peers.

Take the trend of 'fitspiration': a portmanteau of fitness and inspiration. Fitspo for short. Otherwise known as the trend on social media, particularly image-based platforms like Instagram, to inspire people to exercise and eat healthy.

"We studied university students and how they viewed these inspirations sites and how they had impacted their self-worth and body image," Dr Leeson says. "These Instagram images are taken from certain angles, they are taken in certain contexts, they are very sterilized but they are also taken in a way to maximize how fit the person is looking.

"That creates a totally unrealistic image. Young people who were spending a lot of time checking these sites out and comparing themselves, there was a negative influence on their body image and impacted on how they felt about themselves."

Has the ability to curate your personality, putting only your best on show, turned us into a bunch of narcissists?

Search Google for "narcissist" and aside from the definitions of related personality disorders, there are a stream of search results with headlines such as, 'Five signs you're living with a narcissist', 'What it's like to date a narcissist', and on it goes.

If Google is any guide, apparently they're not great people to be in a close personal relationship with.

The word comes from Greek mythology, where a good-looking bloke by the name of Narcissus saw his reflection in a pond, fell in love with it and sat there staring at himself until he died.

"From the psychological perspective, we have a kind of understanding with narcissism with people who are kind of vain or whatever," Dr Leeson says. "People who are narcissistic tend to put far more pictures on their Facebook, post more selfies and the like.

"Narcissists basically want to tell you what they are doing every second of the day. But actually narcissists usually have very vulnerable self-images themselves. What they do is they try to use any medium to prop up this kind of fragile self-image they have of themselves."

Dr Leeson says highly narcissistic people tend to have a large number of 'friends' on social media, but their relationships tend to be superficial. They use people as a social mechanism rather having a genuine interest in them.

The downside of all this is that the images we project are clearly flawed. Social media is for many a 'shop front' to show only the most flattering image of ourselves. This is surely a destructive mix for followers who have low self-esteem or other vulnerabilities.

"You think you are getting an insight into people's lives but you're not in that room, you are not in that kitchen, or bedroom, or lounge room. You just get this out of context information about the people around you."

Dr Leeson says this manicured, curated image is not reality. The best antidote for social media envy, and possibly misery, is to project yourself into that situation and to reflect on the images we post.

"That is a basic part of human nature and is probably why we do it."